Do you like Mora? If you do, then your favorite character, or your arch nemesis, has found their way to the world of Genshin Impact because she will take all your Mora whenever she gets a chance. Dori is a four-star Electro character from Sumeru and can be found in Port Ormos.

Dori believes in equality and will sell anything to anyone, be it legal or illegal, as far as they have the Mora for it. She has a unique skill set that allows her to fit in a few builds, especially with the Dendro reactions that came along with Sumeru. 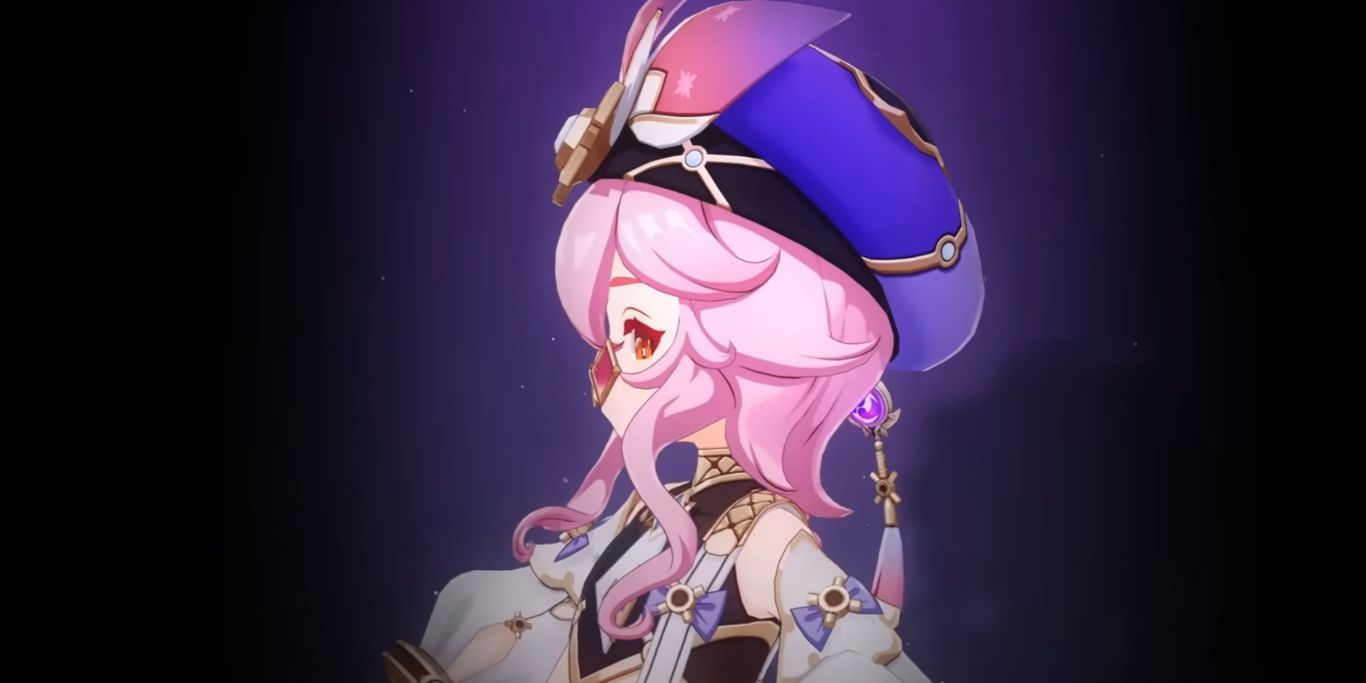 This is the major build that the developers intended for Dori. She is an Electro support who can heal characters based on her own HP. While healers are very underrated in Genshin, they can be very useful against enemies that can damage you through your shield, and there are quite a lot of them now.

The best part about this build is that it uses The Bell weapon, one of the most niche weapons in the game. Apart from providing up to 41.3 percent HP, the weapon also gives you a shield upon taking damage. It stays for ten seconds, and the character within the shield gains a DMG boost.

The DMG boost applies to every character and not just the wielder. When you're using this build on Dori, you're going to aim at healing your main damage dealer, and they can also get a boost with this weapon.

With The Bell equipped, Tenacity of the Millelith becomes the best artifact for this build. Here's what the set bonuses for the artifact do:

The shield strength also affects the shield created by your weapon, making it harder for the enemies to get rid of it before the ten-second timer runs out. With all this, you can focus a bunch of HP on your artifacts as well to make Dori a dedicated healer.

If you don't have enough Tenacity pieces, you can replace them with the Ocean-Hued Clam set. This set deals damage based on the amount of healing you can provide in a certain amount of time, but it also counts the overflow healing. 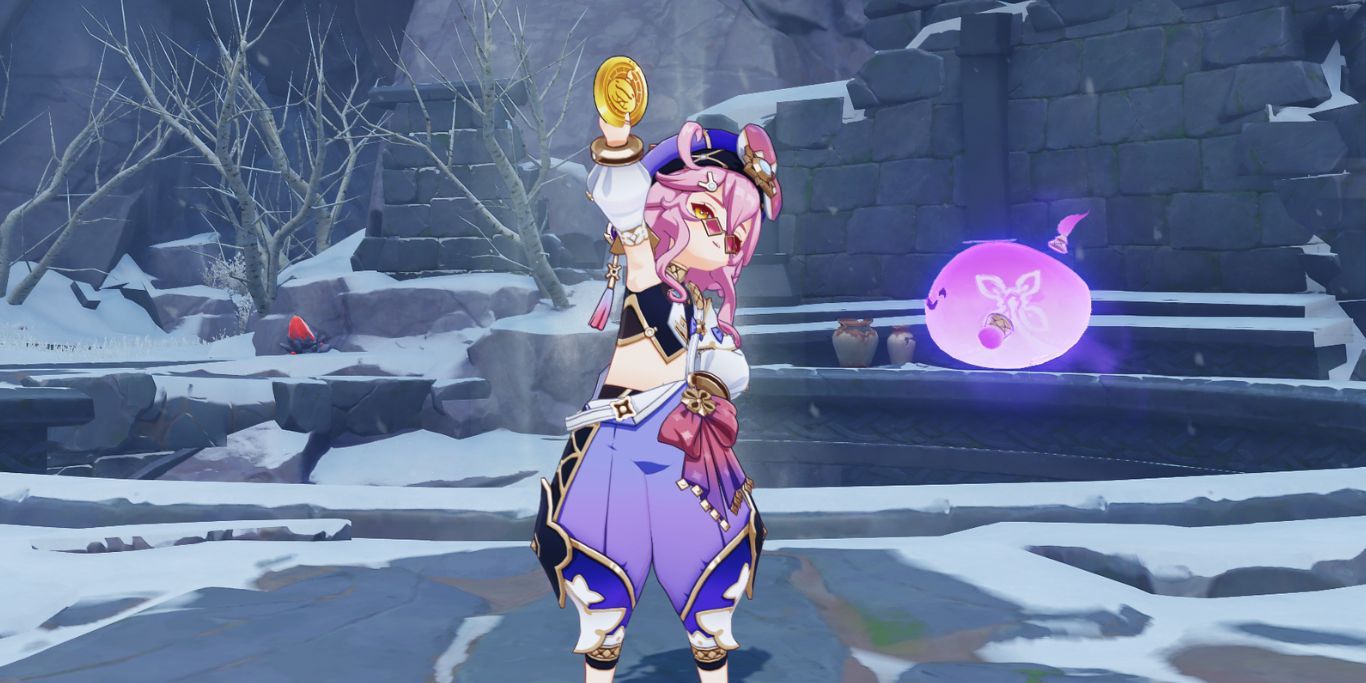 Even though she doesn't deal a lot of damage, Dori's Electro application is quite good compared to the other Electro members in Genshin. This makes the reaction-based build very good on her, and you'll be seeing a ton of numbers generated by Electro-based reactions with this build.

The selection of reactions you want to trigger is important with this build. You'd want reactions like Electro-Charged or Overload that have a special effect, and avoid reactions like Aggravate that directly buff Electro DMG.

This is because Dori doesn't have a lot of damage inherently, and Aggravate wouldn't give you too much value.

The perfect artifact set for this build will be Gilded Dreams, released alongside Sumeru in Version 3.0. Here's what the set does:

The four-piece effect for this set can also be triggered when the character is not on the field, making it perfect for Dori. If you make the correct team with this artifact set, you can get up to 230 Elemental Mastery just from the set.

Using an Electro character in a team with Dori when you have this build is pretty useless. The ATK bonus you get from the artifact set for the same element teammates is not good for Dori since she doesn't deal a lot of damage anyway.

Once again, it seems like Dori is made to use all the underrated weapons since Rainslasher is the best one for this build. Further, it also increases damage to enemies affected by Electro, which will happen a lot while you're using her. 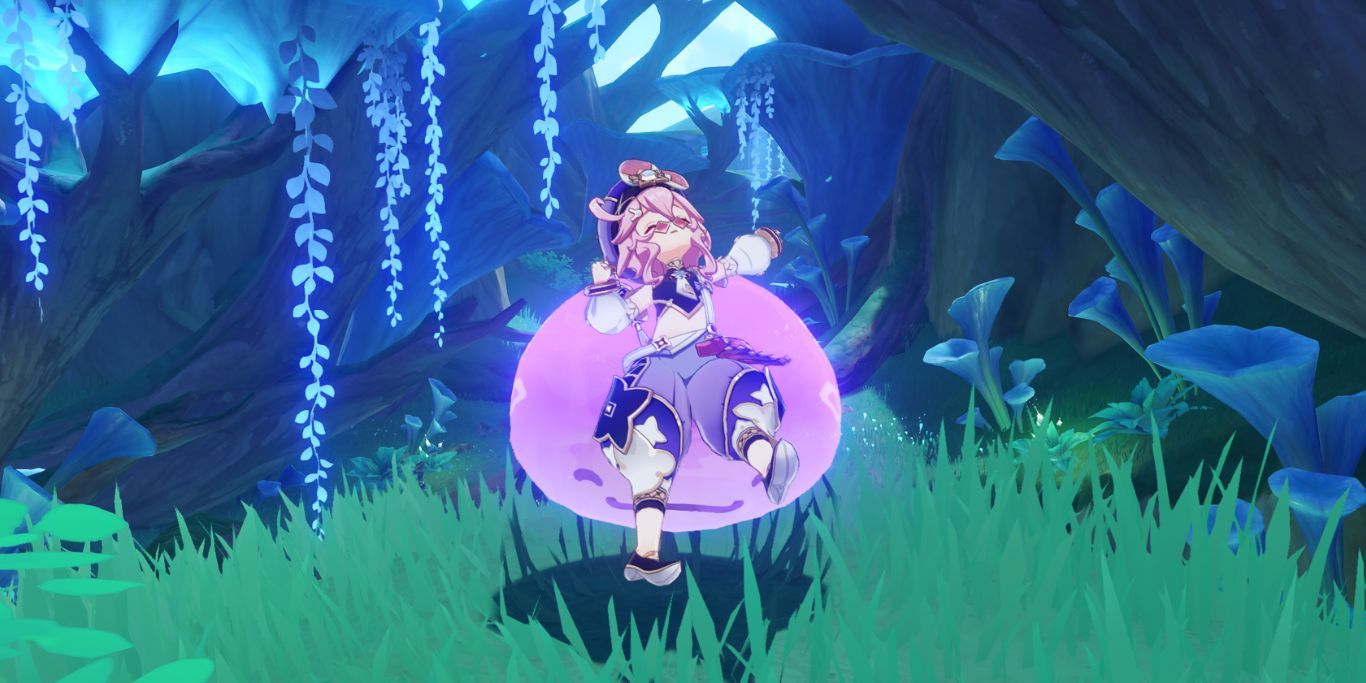 This will come as a bit of a surprise, especially when you look at the weapon choices for this build. As mentioned above, Dori is not made for damage dealing, but that doesn't she can't be made into one. This will be an interesting build, but it can definitely work in a particular circumstance.

Redhorn Stonethresher gives you a ton of Crit DMG, and it also increases your Normal and Charged attack damage by 40 percent of your DEF at refinement one. If you don't have access to this weapon, you can always get a Serpent Spine from the Battle pass.

Unlike every other build, Crit ratio, ATK, and DEF percent will be the most important part of this build. Also, Aggravated will be the main highlight of the build since it increases your Electro DMG every time it triggers.

Thundering Fury will help you decrease the cooldown of Elemental Skill every time you trigger Aggravated or Quicken. Further, it's no surprise that this is sort of a pay-to-win build, so having a constellation six Dori is essential to make it work.

If you don't spend in the game at all, you most likely won't have access to either of these weapons. In this case, if you still want to try this build, you can always get a Blackliff Slasher from Paimon Shop. 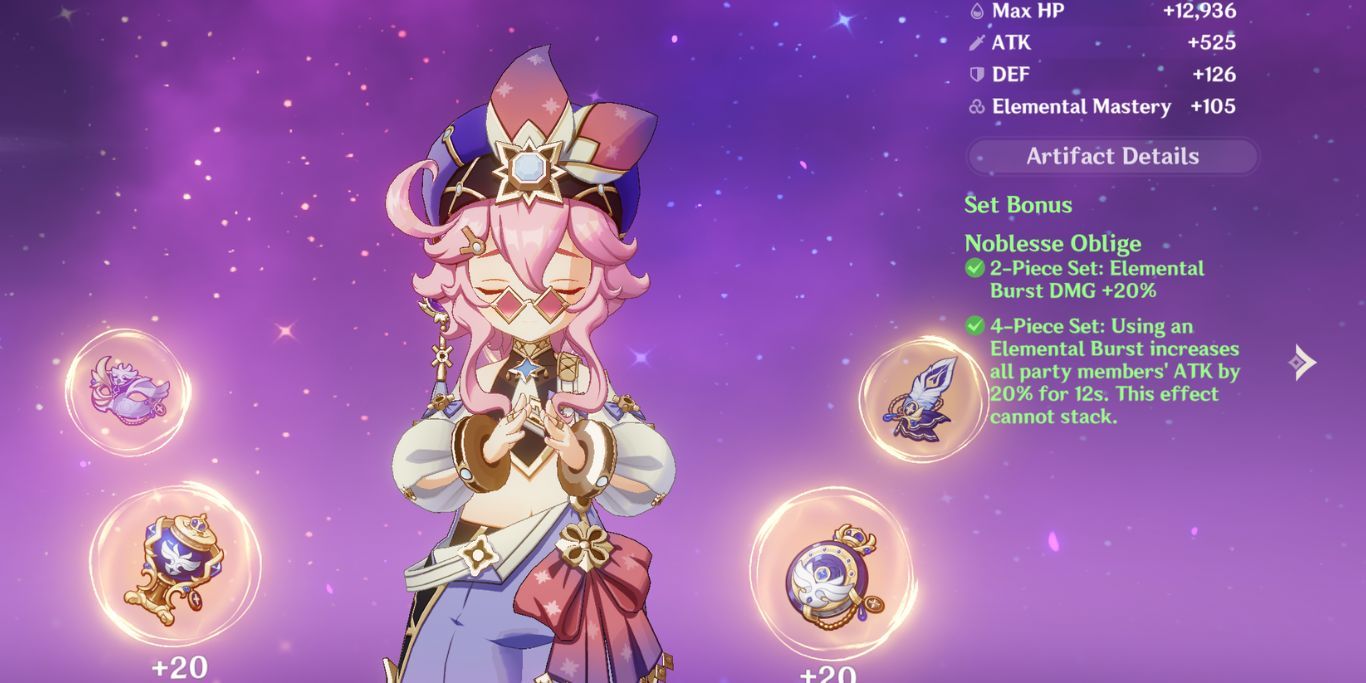 Dori's builds are way more diverse from what we see normally, which makes her artifact stat priority different. Here are all the priorities you should be looking for based on your build: 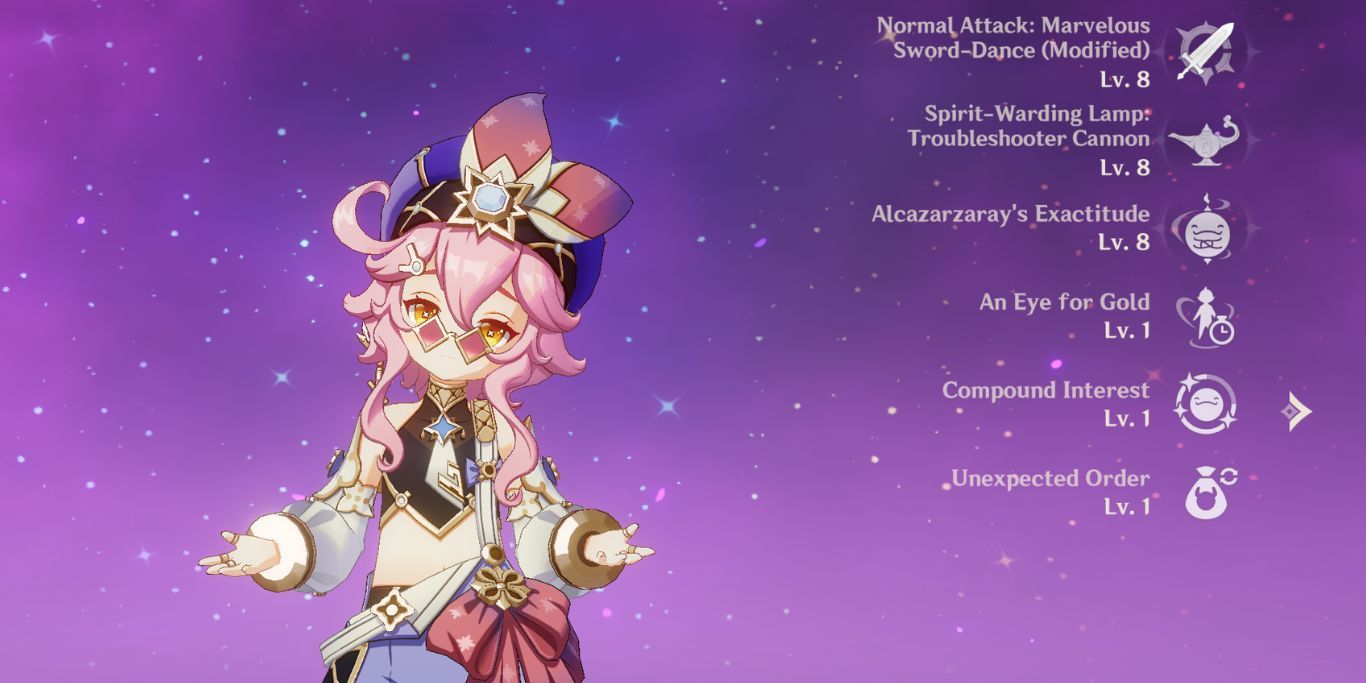 Every character that gets released in Genshin Impact has a set of six talents, except the Traveler. Three of these talents can be upgraded by ten levels by default. For Dori, the Elemental Burst will be your priority since it heals the characters and applies a lot of Electro.

Further, you need to upgrade your Elemental Skill next to increase the potential damage she can deal since it deals a decent amount of damage. Finally, if you're planning to make her a DPS, you need to upgrade her Normal Attack talent to the highest level possible as well. 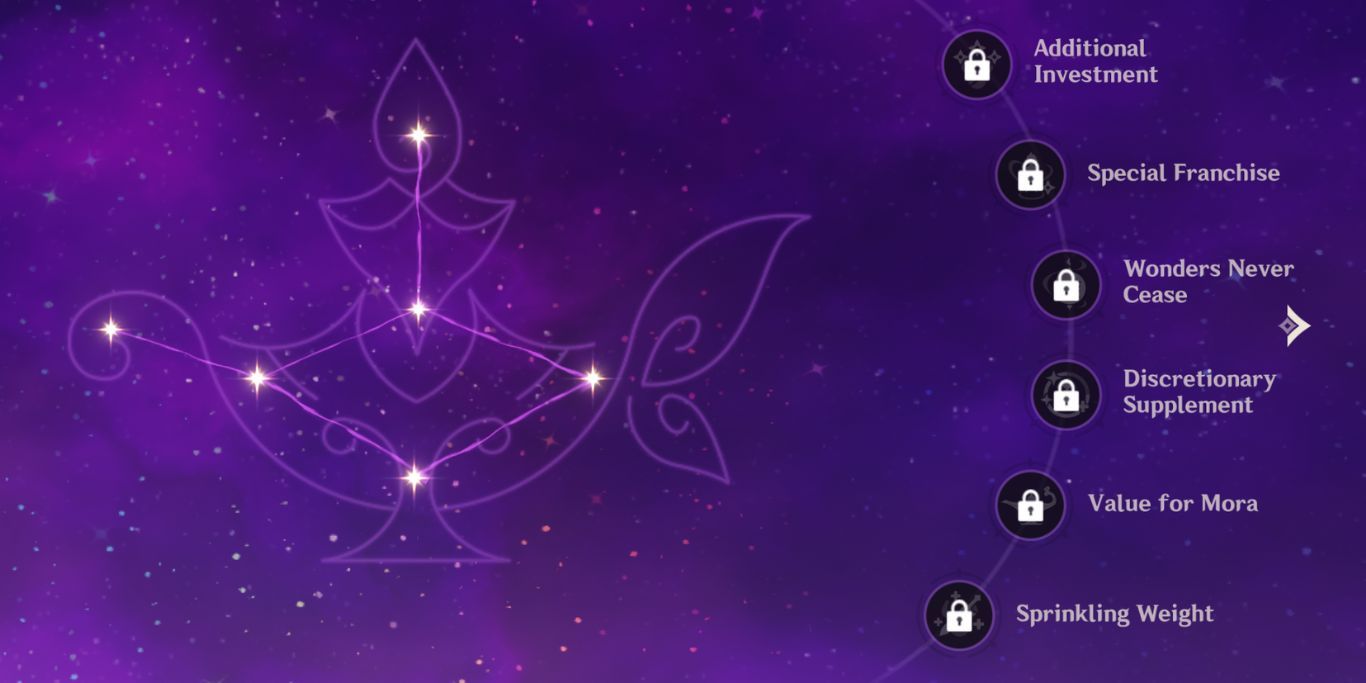