The character roster in Genshin Impact is ever-growing since it's the main factor that attracts a lot of players to the game. Whenever a new character is released in the game, you get to test out different builds on them and find the best way that character will suit your play style and team composition.

This process becomes much easier if you're building a four-star like Yaoyao since they're easier to get. Yaoyao is a four-star Polearm-wielding character who uses a Dendro vision. She's also the first Dendro character released who didn't hail from the region of Sumeru. 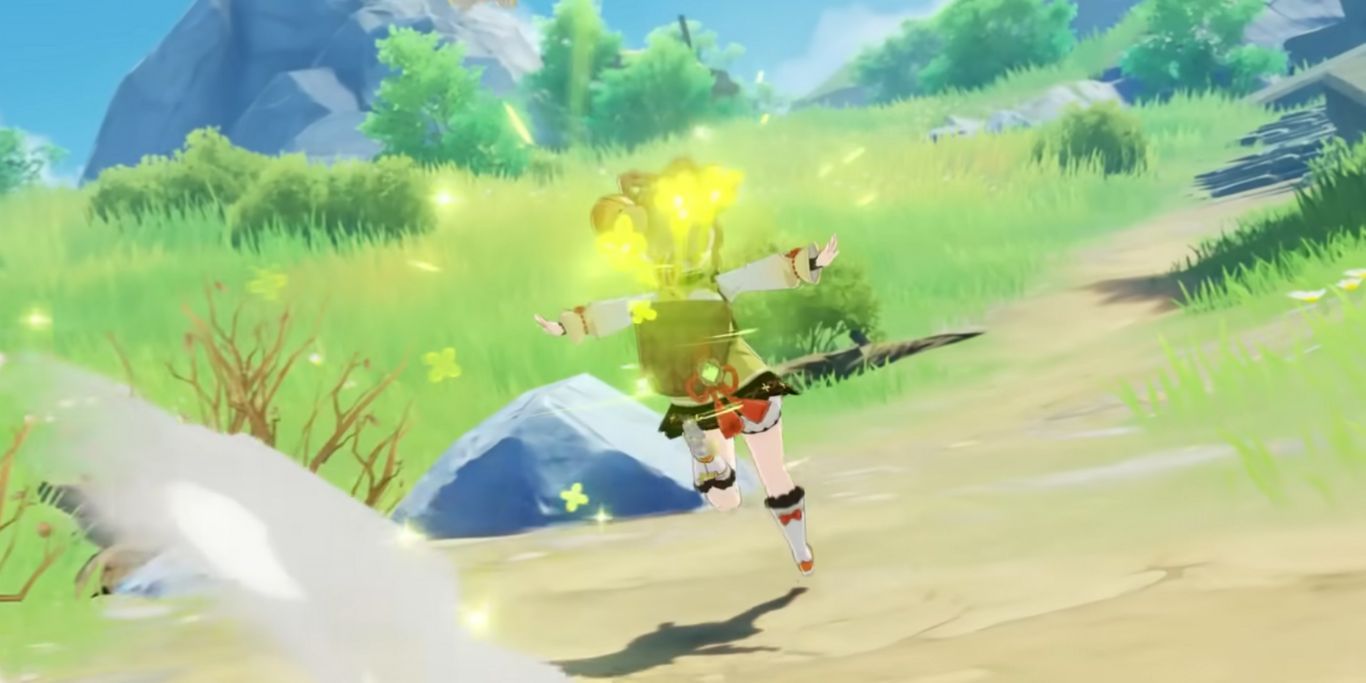 Yaoyao was first released in the Version 3.4 update alongside Alhaitham and the Desert of Hadramaveth area. Being released alongside a character who focuses on damage-per-second, it's fair to look for some synergies between them. While these two characters can go well together, there's a little problem.

If you want to run Yaoyao as a Dendro buffer against DPS characters like Tighnari or Alhaitham, you'll need to get her first constellation because of the buff it provides. Thankfully, this isn't too hard if you try to summon her on the Limited Character Banner when she's featured since she is a four-star.

The Lantern Rite event in Version 3.4 also gave every player a chance to get a copy of Yaoyao for participating in the event. The developers allowed you to choose any one four-star character from Liyue.

Once you have the first constellation, you can start getting this build ready by putting the Noblesse Oblige artifact set on her. The four-piece bonus from this set increases your Elemental Burst DMG and gives other players in your party an ATK boost after using your Burst. This is perfect for buffing the main DPS.

Although, things are a bit different if your main Dendro DPS is not running a Deepwood Memories four-piece set. For example, Alhaitham's split-scaling makes it better to use Gilded Dreams on him. In this case, you can use the four-piece Deepwood Memories on Yaoyao to get the Dendro RES shred of the opponent.

As for the weapon, Favonius Lance is the best to provide even more support to the DPS character. This weapon will help you regenerate both your and your teammate's energy quickly, which will allow you to constantly apply the Noblesse buff as well. 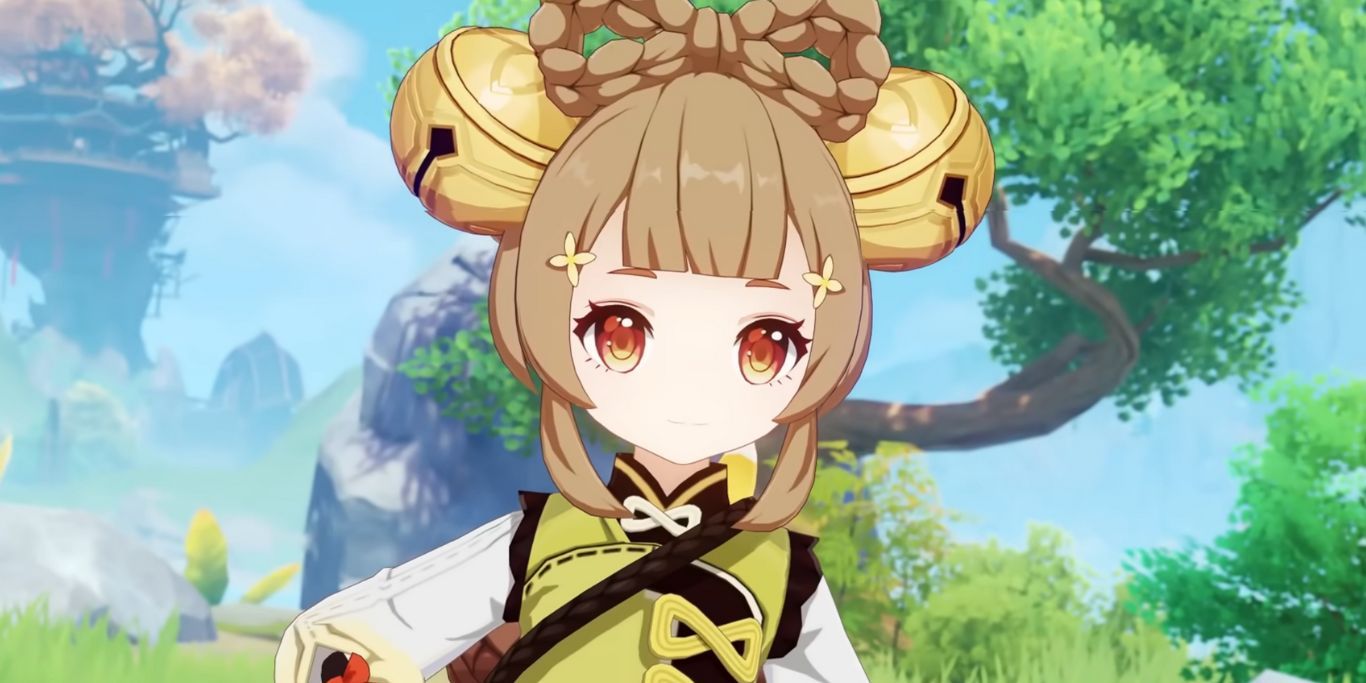 If you've tried using Yaoyao's Elemental Skill or Burst, you already know that she has quite a good off-field and on-field Dendro application. This opens the path to creating a reaction-based build for her where she can be the reaction carrier. There are many Dendro Reactions that can help you easily defeat enemies.

Quicken is one of the best reactions in the game, and it occurs when Electro and Dendro are applied to the same enemy. When this reaction occurs, your next Dendro or Electro attack can have a significant increase in damage.

Moreover, the release of Nilou and Nahida also made Bloom and Spread reactions quite powerful. If you want to use Yaoyao in a reaction-based team, you can start by giving her a four-piece Gilded Dreams artifact set. Although, it's important that none of your team members use the Dendro element apart from her.

With three members of other elements in your team, you can get up to 230 Elemental Mastery with the Gilded Dreams set. This set alone can make her great in reaction teams as far as you have a ton of EM on each artifact as well. Although, the weapon adds the final touch to make this build quite broken.

If you want to use a reaction-based team, Elemental Mastery is your go-to stat because it determines the effectiveness of your reactions. Moreover, the Quicken reactions benefit even more from higher EM.

Dragon's Bane is a four-star weapon that gives you 221 Elemental Mastery when it's fully upgraded. Its passive isn't useful for Yaoyao, but the EM alone makes the weapon worth it. Wielding this weapon that looks like a little toothpick in her hands, Yaoyao can destroy hordes of enemies in good team composition. 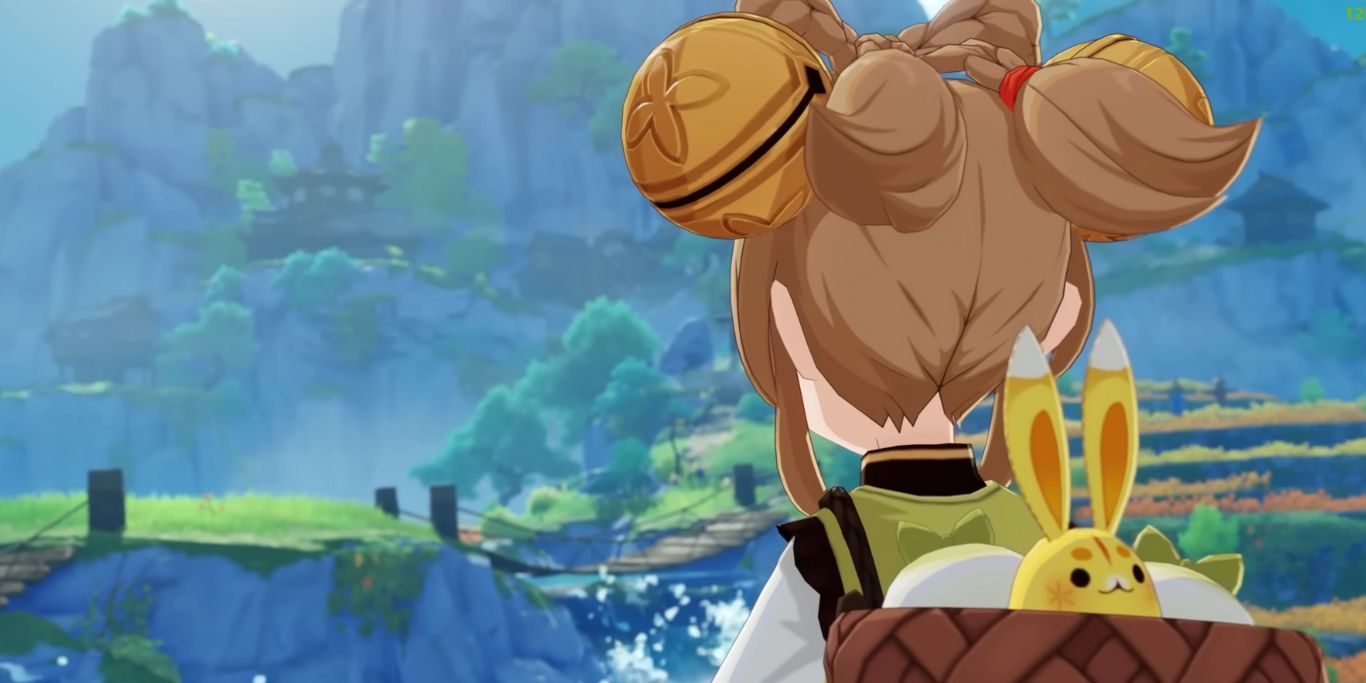 Finally, you can also try out the healer build on Yaoyao since both her Elemental Skill and Burst can heal your active character quite a lot. Although, this build is only good for beginners since shields are far superior in the current meta of Genshin Impact. If you're struggling with keeping your characters alive, this build is for you.

Even though Yaoyao's healing is based on her HP, there are a ton of characters that can give you higher healing. Moreover, the fact that she only heals the active character most times makes this build a little inefficient.

To start off with this build, you can get a four-piece Tenacity of the Millelith artifact set for her. This will increase your HP for higher heals and give an ATK buff to the nearby party members. Moreover, the reason why this build is beginner-friendly is the weapon choice.

Black Tassel is the only Polearm that has HP as the main stat in the game. It's a three-star weapon, and a beginner player can easily get it through exploration or wishing on any banner. 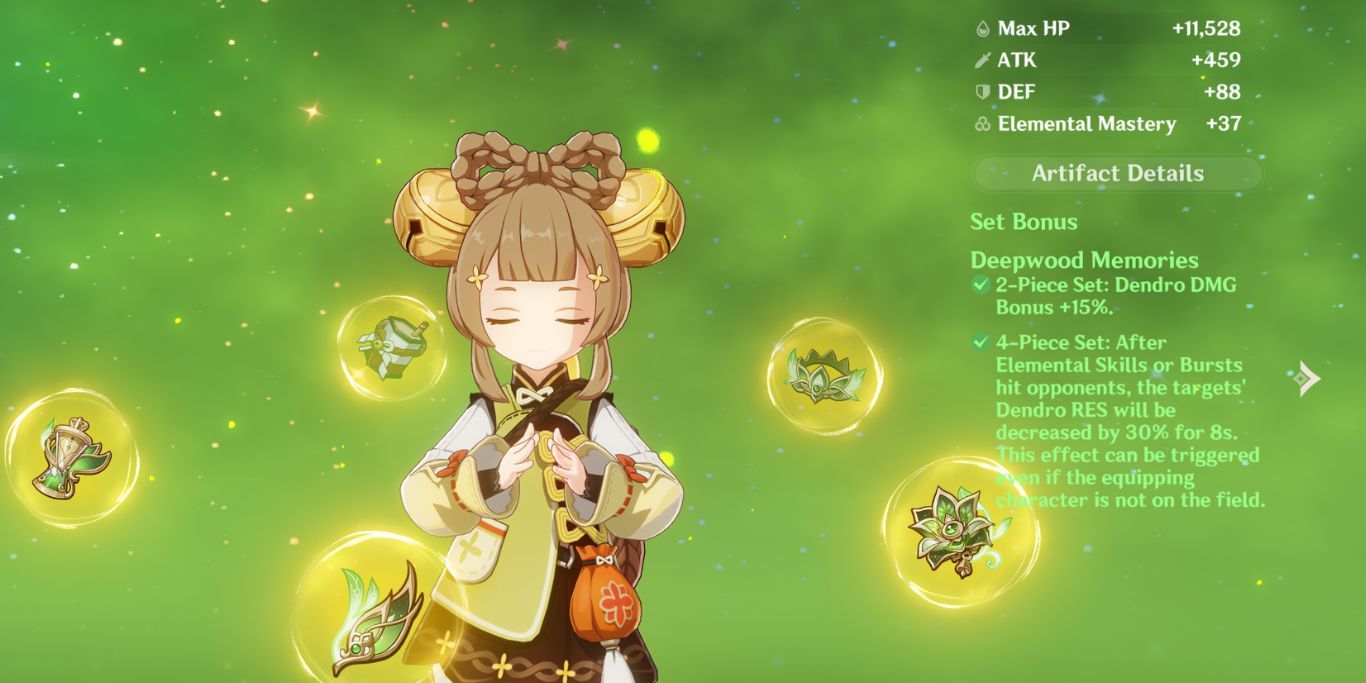 While the three builds mentioned above are quite different from each other, you can build the same stats when it comes to artifacts for the Dendro buffer and healer builds. Although, there will be a little difference in priority when it comes to the reaction-based team: 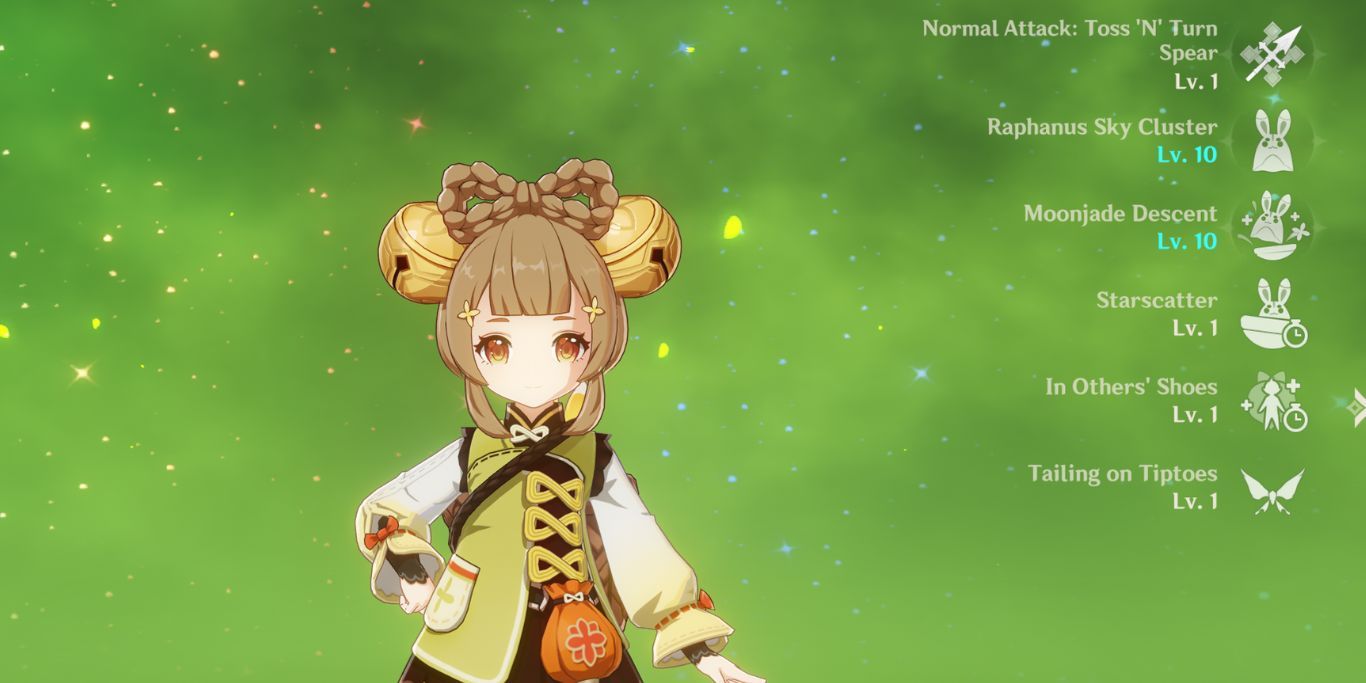 Yaoyao is quite a beginner-friendly character in every aspect possible. Apart from her ascension materials being easy to acquire, her talents also require fewer resources. This is because you don't need to put any resources into upgrading her Normal Attack since you'll never be using them.

Although, if you're building her based on off-field healing, it's better to go for the Skill first. 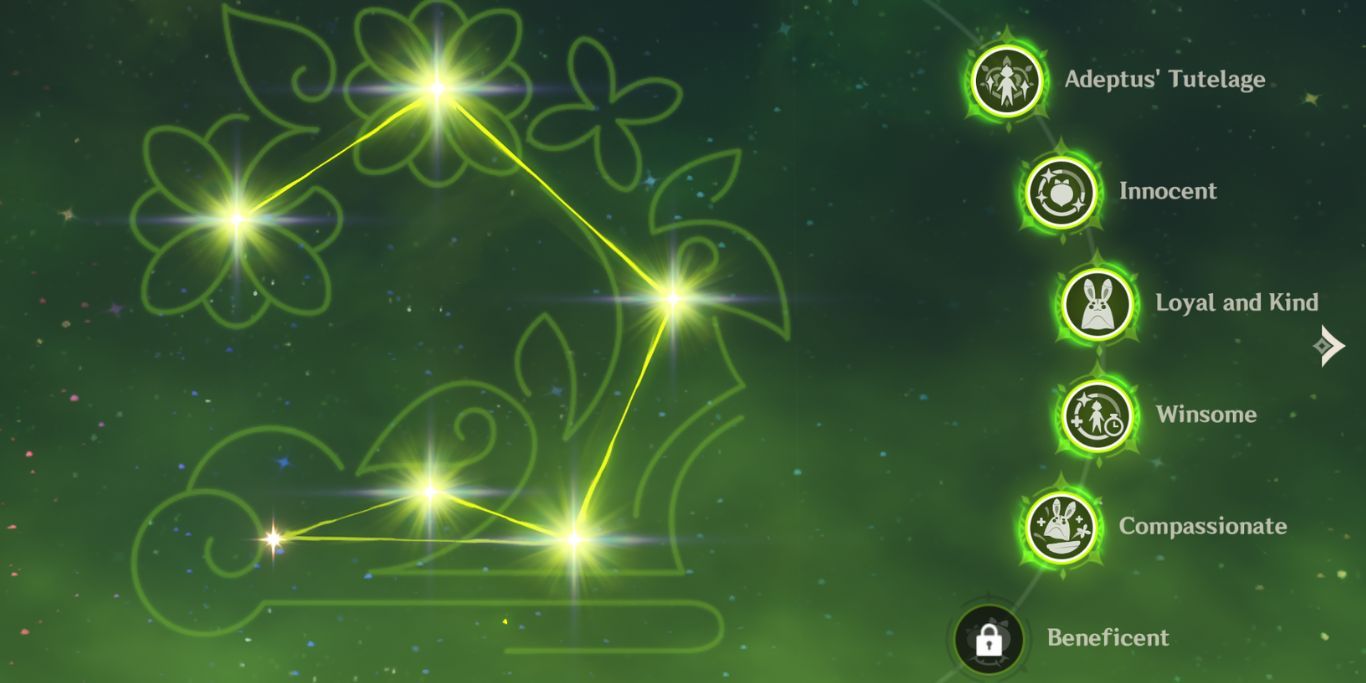 Since Yaoyao is a four-star character, her constellations are much easier to acquire. You can even get her to constellation six in three to four ten-pulls if you get lucky. Here's what you can expect from this character's constellations: