Genshin Impact Needs To Slow Down The Huge Content Drops

Genshin Impact is a game I keep going back to, rolling with the updates. A new banner arrives every three weeks, bringing a couple of new characters, and a larger content update drops every six weeks. The one, and so far only, time the game has varied from this schedule, uproar and compensation were involved. The community is so used to this pattern that it’s expected now, but that doesn’t mean it works.

Hoyoverse puts its heart and soul into keeping Genshin Impact feeling fresh and relevant. There are frequent limited-time events, alongside a constantly expanding selection of content that includes daily tasks, weekly bounties, story quests, domains, hangouts, world quests, and a range of bosses. Of course, there’s also the Archon quest chain, which contains the majority of the game’s lore. Just listing these is exhausting, let alone participating in them all, and that’s where the problem lies. It turns out there is such a thing as ‘too much content’.

Version 3.0 of Genshin Impact gave us the largest content drop in a while, opening up the region of Sumeru. With it came a host of new world quests, and an incredibly lengthy Archon quest, all alongside the usual timed events and character-based content that come with each update. When I took my first steps into Sumeru I was impressed. The world is beautiful and unique and takes a different stance on environmental puzzles, forcing the use of new mechanics, as well as interactions with the Dendro element, which is the region’s focus. These differences continue into the quest chains as well, with the Archon quests in particular including a major problem to solve, that sees you uncover clues and interpret them. 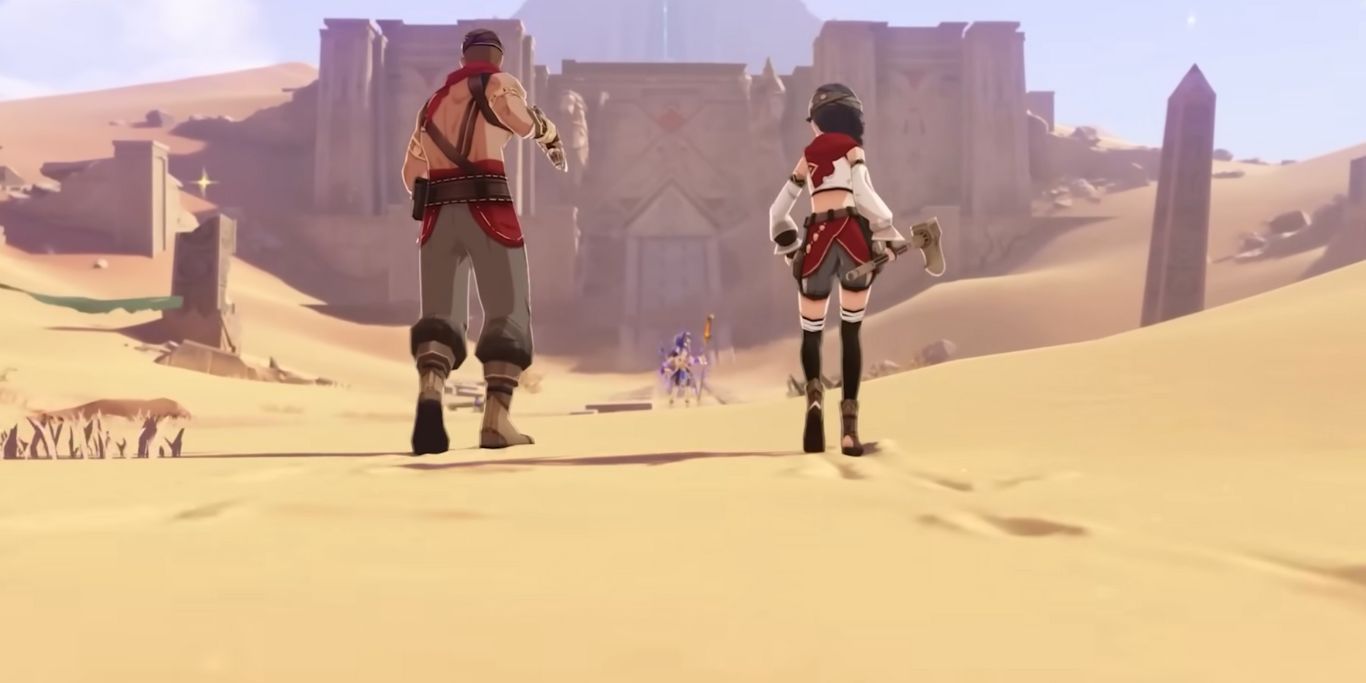 The different ways to interact with the environment, combined with the return of more familiar mechanics, help Sumeru feel unique. The problem isn’t in the quality of the content, it’s in the sheer volume of it being introduced over such a short time.

I’m currently trying to collect the Dendroculous and work through the main quest chains. I’m over 50 hours in, and the nice Sumeru reputation man informs me that I have done five quests out of 23. Five. Oh, and I have explored a mere 12 percent of the region – which is less surprising given I still have around ten waypoints to find and a couple of domains to unlock. I’ve not even had the chance to start Tighnari’s story quest yet. I’ve helped Aranara, continued the Archon story, and that’s about it. In the entire time it would take to beat The Last of Us and God of War combined.

There’s also the problem of needing a Dendro character. Collei is available through a quest, and soon from Spiral Abyss, only helps to a certain extent. Once you get her she will pretty much instantly die, since it’s very unlikely that anyone with a low-level world will have gotten as far as Sumeru – mostly due to the requirements you need to meet to unlock parts of the quest chains. You need to at least level her up enough to take a few hits, and preferably enough to make her a viable team member, otherwise, you’ll spend half your time swapping teams so you can unlock one of the new teleport points you’ll need to navigate the region. This will require defeating a new world boss a number of times, as well as several domain trips and a lot of mushroom collecting. Once more, your time is taken up by a new task list that you need to complete in order to progress to your ever-expanding list of other tasks you haven’t yet managed.

The new storylines are engaging and creative, but it feels like so much of this is going to get missed as players panic and rush, trying to clear at least the very basics before more content comes along in less than a week. 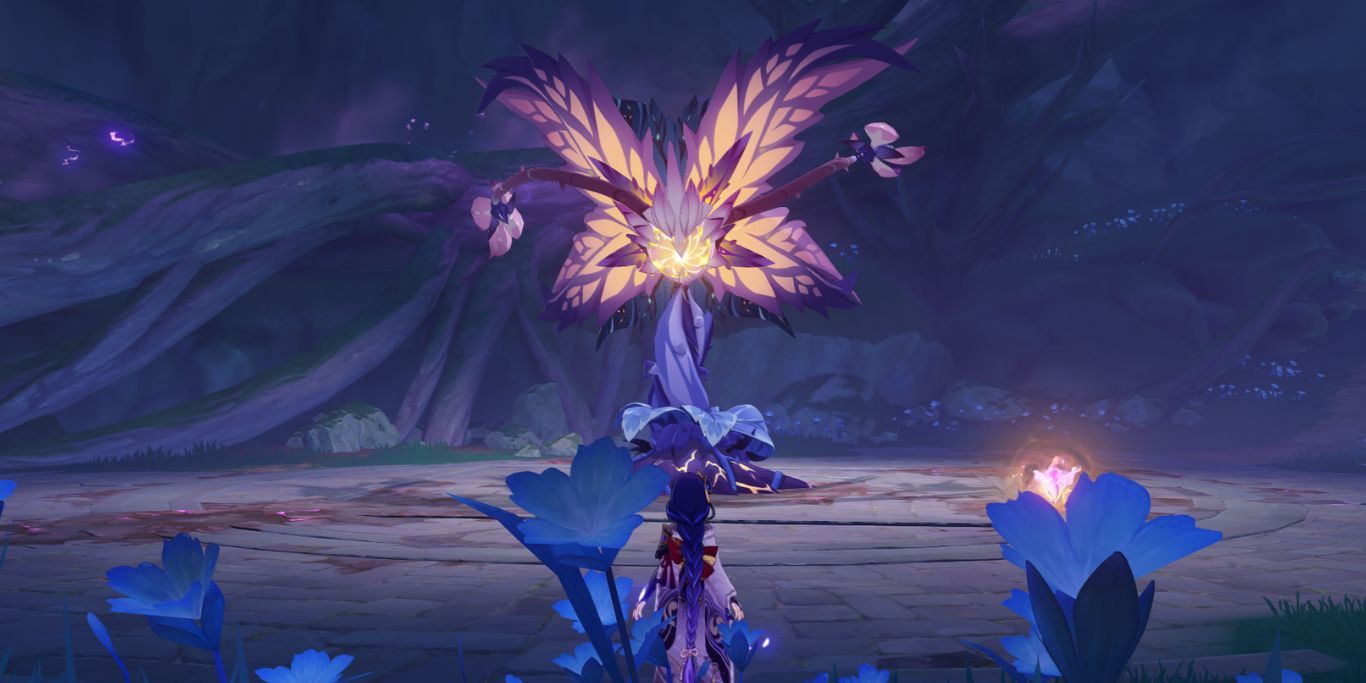 That’s right, more is coming. Even after playing for what amounts to every Ezio Assassin’s Creed game back to back, I’ve merely scratched the surface of what Sumeru has to offer, and in just a few days we’ll unlock more of the region. A huge desert area, with more Archon quests, new characters, limited-time events, and no doubt new story quests is almost upon us. It’s just so much content, too much in fact, and that’s coming from someone who keeps on top of new releases and plays on a regular basis.

It feels like the expectations are so high that even frequent players now have a mountain to climb in order to keep up. For newcomers, it must feel like an impossible task to reach the end game, especially since the goalposts are moved so often they aren’t even visible until you are hundreds of hours in.

Genshin Impact is one of the most in-depth games I’ve ever played, and, assuming you can resist the temptation of offering your money to the gacha gods, it will give you hours upon hours of free entertainment. The problem is if you want to just relax and enjoy the world at your own pace, it feels like you’ll never reach the conclusion of the storyline Hoyoverse has so carefully crafted. There’s so much to do, and so many places to explore, that it can feel like you’ll never run out of content. The problem with that is that it also removes that sense of achievement for completing something.

There are no obvious end markers in Genshin Impact, since it just continues on a huge and seemingly never-ending quest chain, and I’m starting to feel like, just once, I’d like to have nothing in my quest log. After all, even if I cleared every hangout, story, world, and Archon quest, I’d still be able to do dailies, bounties, trench domains, world bosses, and limited-time events. A content drought is something Genshin Impact will likely never face, yet the reality of this doesn’t feel as great as you’d expect. Instead of feeling elated, I feel rushed, slightly panicked, and like I’ll always be two steps behind because I don’t have time, nor want, to play six hours of the same game every single day.