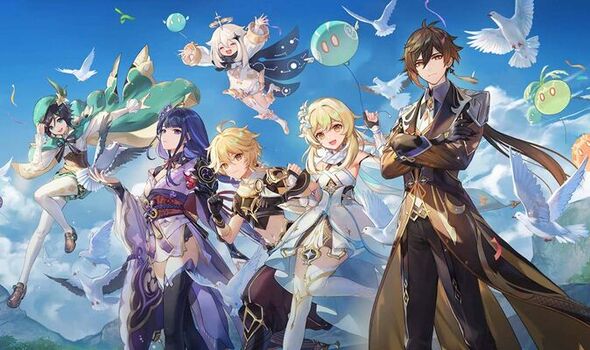 Genshin Impact update 2.7 release date has finally been revealed, with miHoYo holding a live stream this week that will detail the patch. The delayed version 2.7 download will release at the end of this month, with server downtime for the new Genshin Impact update beginning at 6am UTC+8 on Tuesday May 31. For those in other regions that’s 11pm UK time on Monday May 30, 3pm pacific time and 6pm eastern time. For those in Europe, Genshin Impact server downtime will begin at 12am central European time on Tuesday May 31.

And ahead of the release of Genshin Impact update 2.7 a special live stream programme will be held this week detailing more about the patch.

The Genshin Impact 2.7 live stream will be taking place at 8am UTC-4 on Friday May 20. For those in other regions that’s 1pm UK time, 2pm central European, 8am eastern and 5am pacific.

The programme will then be available to watch four hours later on YouTube.

“We sincerely apologize for the inconvenience caused by this delay.”

If you want to find out more about the next Genshin Impact update then you can tune in to the upcoming live stream on Twitch.

This is being broadcast on the official Genshin Impact page which you can head to by clicking here.

Speaking about the upcoming live stream for update 2.7, the Genshin Impact Twitter posted: “Version 2.7 Special Program Preview. Dear Travelers, The special program for #GenshinImpact’s new version will be on the official Twitch >> 5/20 at 8AM (UTC-4)!