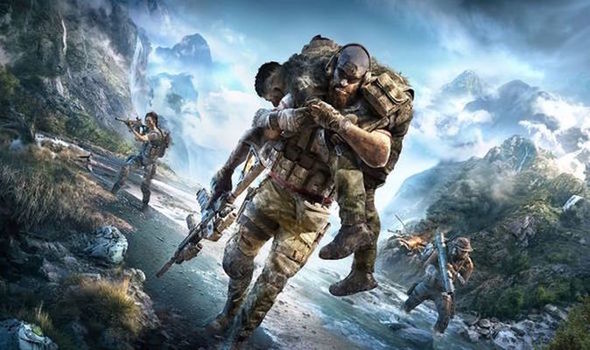 In lieu of a new Assassin’s Creed release this year, Ubisoft has seemingly put all of its eggs in the basket of Ghost Recon: Breakpoint. Does this follow-up to Wildlands offer enough fresh ideas to justify putting on your combat boots?

Breakpoint sets out its stall early. Rather than storming into a caricature of a real company – a la Wildlands – your squad is thinned by a surprise attack on their helicopter convoy. Emerging from the wreckage and searching for signs of life on the pacific island of Auroa, you’re introduced to the Wolves – a rogue paramilitary faction with links to your own Ghost platoon.

Led by Cole Walker (Punisher and The Walking Dead’s Jon Bernthal), these Wolves are hunters designed to eliminate Ghosts one by one. Despite a hammy and predictable script, Bernthal offers just enough in his performance to carry the narrative forward. He’s brutal, but not unreasonable, and his slowly unravelling motive feels like a huge step forward from Wildlands’ unfocused mess of intel gathering.

Arguably the real star here is Auroa, and between mountain ranges, huge waterfalls and green pastures there’s plenty to see. A technological haven for mankind’s best and brightest, the Wolves’ takeover has seen them seize total control – pushing the previous occupants underground.

The region feels like what an Apple-run nation-state would look like if it was converted from a Bond villain’s secret hideout. Its huge open areas are punctuated by clean, sterile buildings dominated by glass, while more traditional areas are run through by wooden bridges and dirt tracks. After the politically irresponsible decision to set Wildlands in Bolivia, it feels like Ubisoft made the right choice this time around.

Across this smorgasbord of terrain types, you’ll be able to play how you want to. Breakpoint’s class and skill point system is impressively diverse, allowing multiple avenues to tweak your operative’s toolkit. Unlike in Wildlands where stealth felt like a great Plan A before devolving into endless gunfire, it’s more viable here – with the right silenced weapon you can clear an encampment without needing to switch to the big guns, unless you want to of course. Gunplay feels great in Breakpoint, too, much snappier than Wildlands while also offering great tactile feedback with controller rumble. 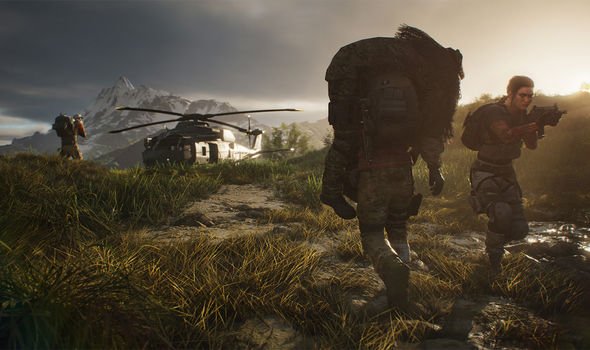 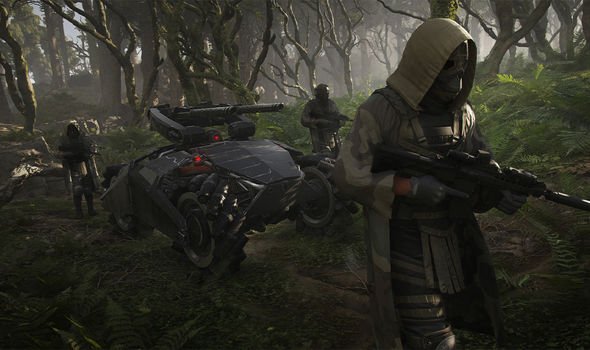 Weapons have a much greater importance in Breakpoint, because the game dips its toes into RPG territory. Weapons and gear each have their own levels, so scavenging supplies and uncovering weapon blueprints with which to craft gun parts (in the still excellent Gunsmith) is vitally important. Players can immediately choose to tackle Walker if they choose, but doing so is a suicide mission because you’ll need a certain gear score.

To clarify, that doesn’t turn Breakpoint into the same kind of bullet-sponge experience as The Division franchise. Headshots will still kill enemies – it’s really just a way to gate content, and there is a lot of content. In true Ubisoft fashion, there are collectables to find, side-quests to undertake, and all sorts of things to find on Auroa.

Unfortunately, Breakpoint simply doesn’t offer enough ideas of its own. Between the cluttered UI (complete with Destiny-style cursor), loot mechanics that feel superfluous for the most part, and a new survival system. If you’re expecting deep mechanics, lower those expectations – it essentially boils down to Far Cry styled healing animations. It feels like a game designed by committee, put together by a focus group to put as many different “hot button” systems into the same game.

This extends to Ghost War, the game’s PVP multiplayer setup. It takes standard, tactical eight-player matches of team deathmatch and adds in a shrinking play area a la Battle Royale. That doesn’t mean the mode isn’t fun (sniping enemies from the trees while looking over your shoulder for a flanking opponent is as tense as it was in Wildlands), but it just feels like a strange fit for a franchise previously built on an unflinching depiction of tactical engagements.

Where Breakpoint really takes a bullet to the kneecap is its disappointing array of technical issues. From the opening cutscene, there’s texture pop-in, we’ve fallen through the ground of Auroa more than once, while animations can be wonky for both the player character, Nomad, and enemies alike (for reference, we played the game on a PlayStation 4 Pro). Even the tips that appear on the game’s loading screens are poorly written and incomprehensible at times – like Google Translate run amok. These may seem like small nitpicks, but for a full-priced, AAA video game it feels rushed to compete in the busy holiday season.

Worse still are the game’s spate of microtransactions. Breakpoint follows the Assassin’s Creed model of offering “time savers” for your cold hard cash, while also offering numerous cosmetics. You could even open your wallet to buy skill points before a day one patch, and while all of these are all subject to change, it feels like the one envelope Ghost Recon is willing to push to breaking point.

Many of these foibles will likely be smoothed over or patched out within weeks, but looking at the package as a whole, Ghost Recon: Breakpoint is an unfocused game that still offers plenty of fun. For every positive, there’s something that didn’t quite work out, but despite Breakpoint’s lack of originality and identity, there’s still something really fun about going toe-to-toe with a squad of Wolves and your team at your back.