Gloat, a platform that meshes AI with big data to give enterprises visibility into the skills across their workforce and “monitor, track, and reallocate” individuals, today announced that it has raised $57 million in a series C round of funding.

Founded in 2015, Gloat serves companies such as such as PepsiCo, Nestlé, Unilever, HSBC, and Novartis with a so-called “talent marketplace” that surfaces organically-generated data to help businesses fill roles from their internal workforce, while also connecting them with new opportunities such as mentorships.

Companies connect Gloat to their internal enterprise tools such as BI, HR, and learning management systems, while employees simultaneously build profiles by uploading their resumes, connecting their LinkedIn profile, and so on. Gloat can then deliver tailored development content based on specific projects and career paths — from a business perspective, managers can see exactly what gaps they may have, what skills they currently have (or don’t have), and anticipate where its demands may lie well in advance.

“The great thing about the talent marketplace model is that the data arises organically on both sides of the marketplace,” Gloat CEO and cofounder Ben Reuveni told VentureBeat. “On the employee side, it comes from the daily use and interaction with the platform. They’re incentivized to share their skills and aspirations on their profiles, so that our talent marketplace platform can provide them with suggested matches of meaningful work, development opportunities and career paths aligned to those skills and aspirations.” 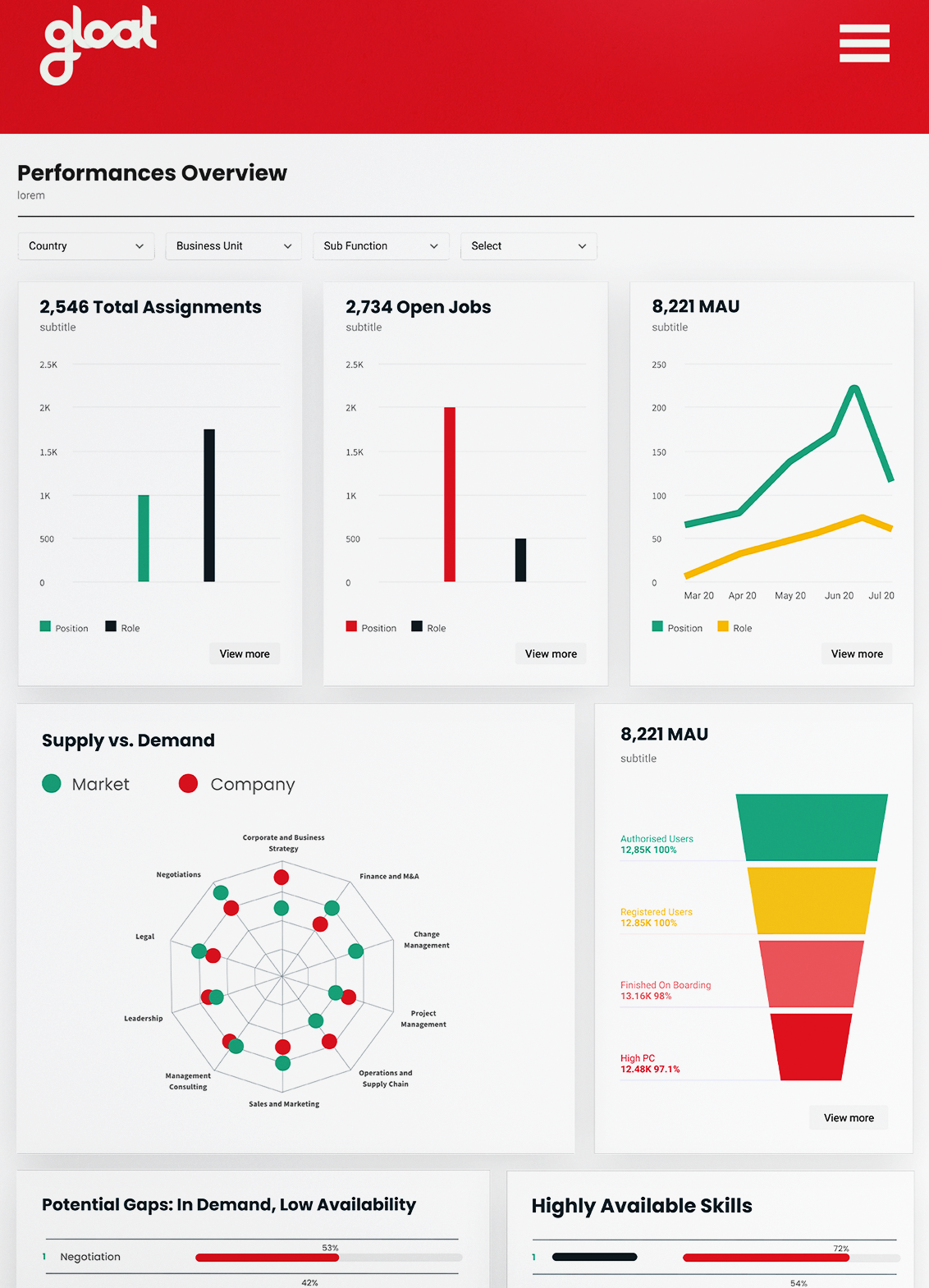 Workers can also share their availability to take on new projects, coach new members of staff, or even if they’re willing to move to a new location. It’s ultimately all about arming businesses with the data to get the most out of their existing workforce before looking externally, with AI techniques such as natural language processing (NLP) powering the engine that automates the connections.

“From the managers’ side, the skills and capabilities they enter as prerequisites for roles, gigs and projects are also captured,” Reuveni explained. “Gloat’s AI learns the unique associations between titles, roles and skills that exist inside of a company. So, we get a deep understanding of the work itself and how job titles and roles can actually be broken down to the task and skill level.”

Prior to now, Gloat had raised around $35 million, and with another $57 million in its pocket from backers including Accel, Intel Capital, Eight Roads, Magma Venture Partners, and PICO Partners, the New York-based company is well-positioned to capitalize on its recent growth which it says has seen its customer base grow four-fold over the past year.

“COVID’s proven to everyone that moving talent around to increased areas of demand, in real time, can truly make or break an organization,” Reuveni said. “But even without an international pandemic, increased digitization and disruption more or less guarantee that the reality businesses at any scale operate in today is fluid and unpredictable. For employees, that very same increase in fluidity promises a steady, unending supply of growth opportunities, which ensure they’ll stay interested and engaged. The company ceases to be a career stepping-stone, and becomes the arena for their career progression.”