Publisher Glu Mobile said that its upcoming Disney Sorcerer’s Arena is available for “preregistration.” That means it is close to launching the title.

Sorcerer’s Arena features Disney and Pixar characters in a kind of battle not unlike Star Wars Galaxy of Heroes, another Disney-based hit in the $86 billion mobile gaming industry. It’ll have single-player and player-vs.-player modes. For Disney, this collaboration with Glu is one more example of its focus on finding key developers to make games based on its intellectual properties.

The game is an important one for Glu, which recently said the game is one of four major titles that the company is launching in 2020. Glu recently report its fourth quarter were $112.9 million, up 18% for the quarter ended December 31. Seven major games such as Design Home and Covet Fashion generate the bulk of those revenues. Glu’s catalog are a mix of both original and licensed games. 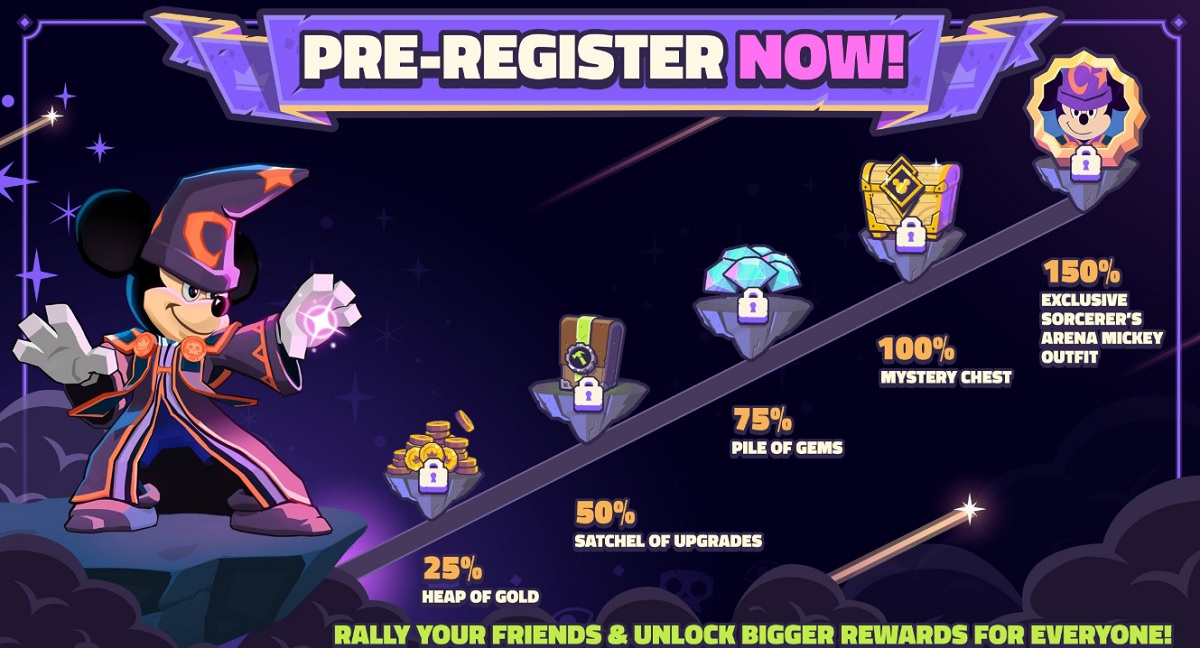 Above: Disney Sorcerer’s Arena is coming in 2020.

Mike Olsen, senior vice president at Glu Mobile, said the development team is excited to be one step closer to a worldwide launch. He said that over the course of beta, the team tested new features and collected feedback from players, incorporating it into what it hopes will be an engaging competitive experience.

By “preregistering,” players will not only have access to the game when it launches worldwide, but they will also unlock rewards to use on the battlefield including an exclusive Sorcerer’s Arena Mickey outfit.