Godfall: How To Defeat Thraex

With the Earth Realm and Zamora conquered, it’s time to move onto the Godfall’s Water Realm and deal with Lunara and its cronies. Thraex is one such lackey, and despite this being a watery domain, it ends up being a fiery lizard of death. Certainly not what one would expect thematically.

That doesn’t mean Thraex isn’t a challenge, however. Thraex is aggressive, has amazing area control mechanics, and can easily beat you into submission before you ever get to grips with its myriad attacks. Sure, you’ve fought beat sticks before, but nothing has embodied that brawler philosophy quite like Thraex and his fiery, explodey kit. 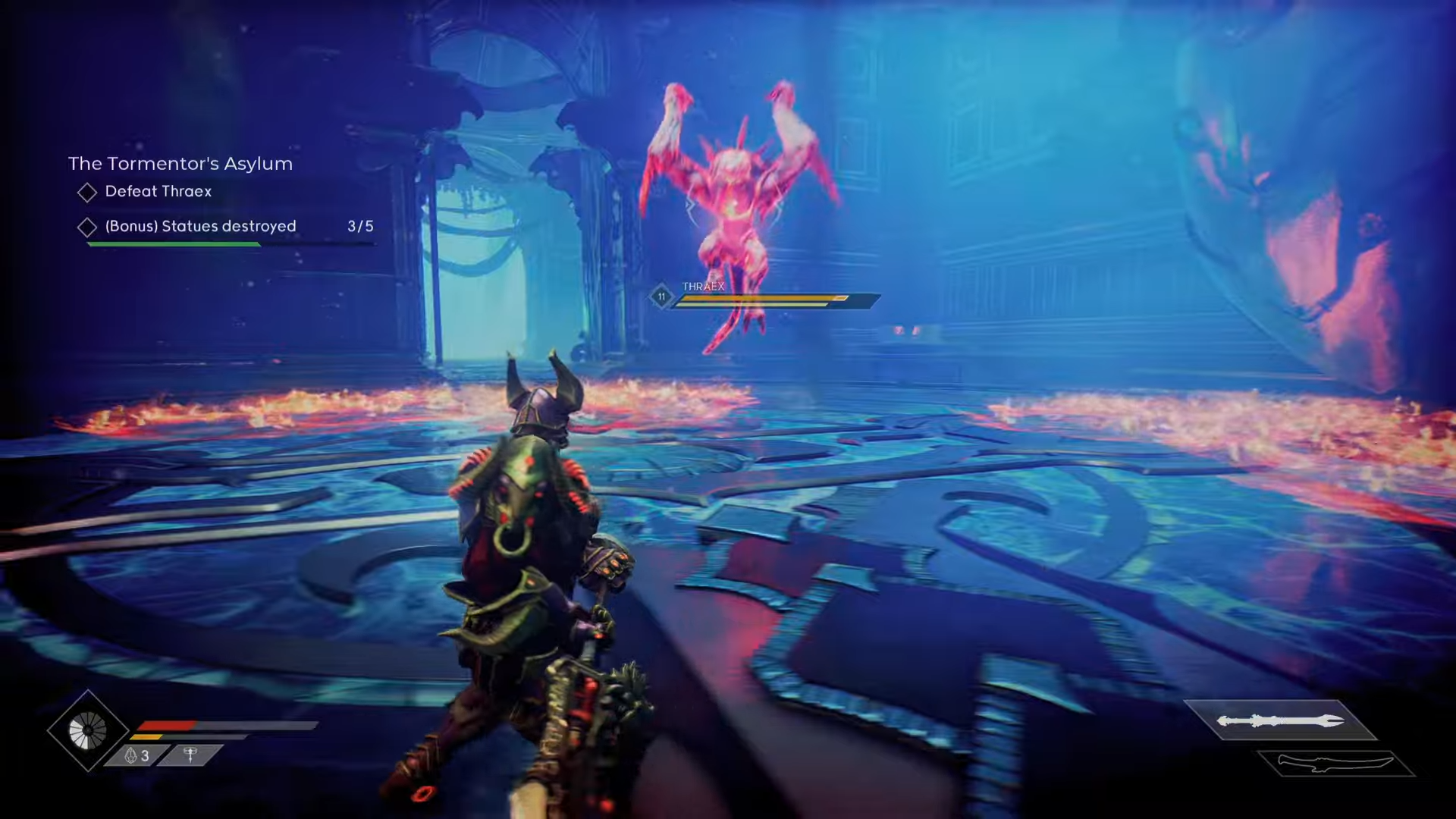 Thraex is incredibly aggressive, but not a single-note encounter. Thraex is more than capable of attacking up close, from arms reach, and from across the map. There really isn’t a safe space when fighting Thraex, and he demands your respect and attention to overcome. 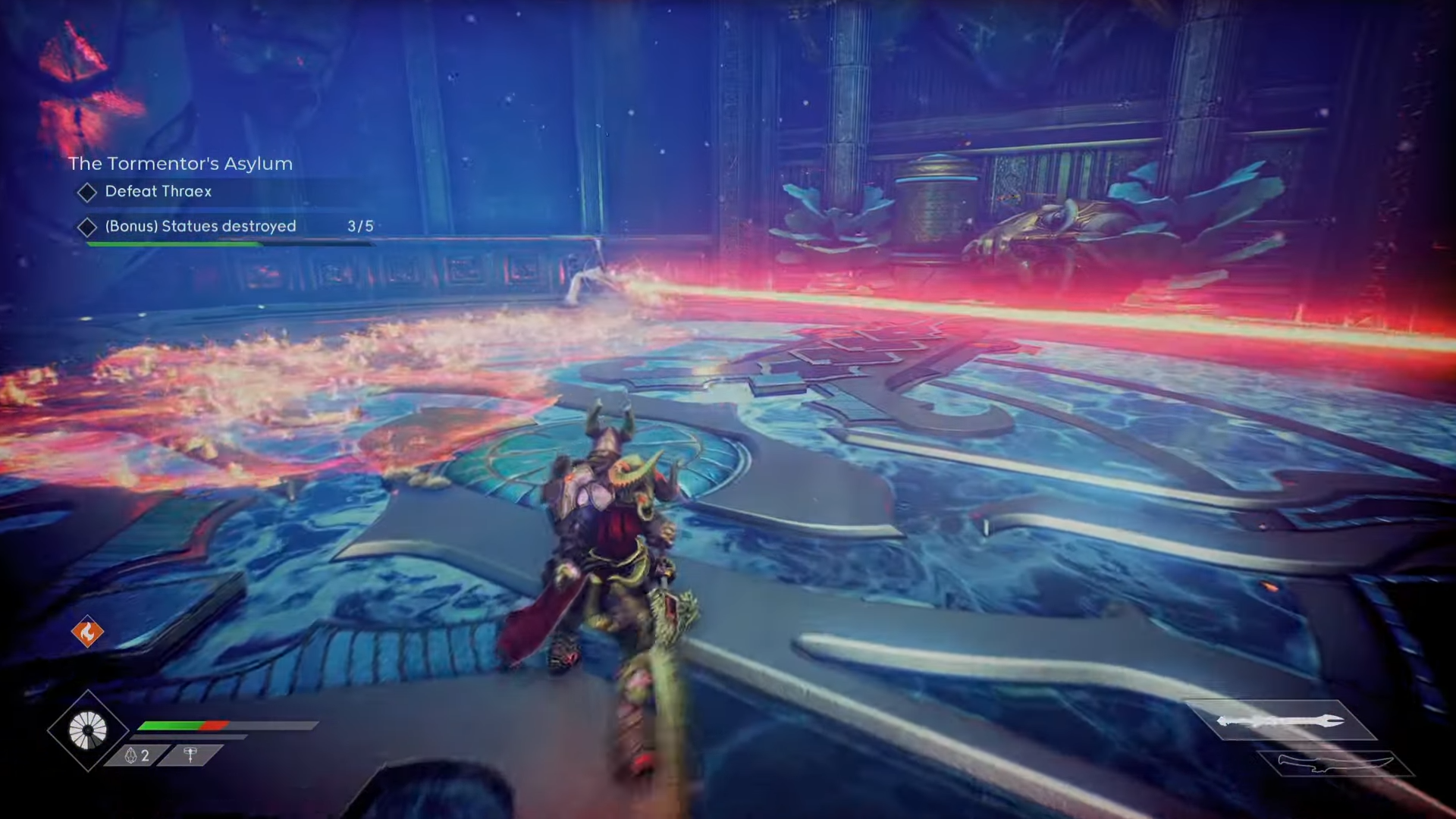 Thraex is very aggressive and can attack you without much warning from just about anywhere. Having a fast weapon like a Sword, Dual Blades, or Polearm can make this fight much easier. You can quickly punish Thraex and then be ready to dodge his follow-up attacks.

Going in with Archon Fury maxed will make this fight easier, however, it won’t be as much of an “instant win” as earlier bosses. Thraex has buckets of health, and Archon Fury just makes burning through that pool easier.

Upgrading your dodge to include a slide will also make this fight, and most fights, easier. This will let you dodge under Thraex’s lasers, which is easier to pull off than dodging directly through them. 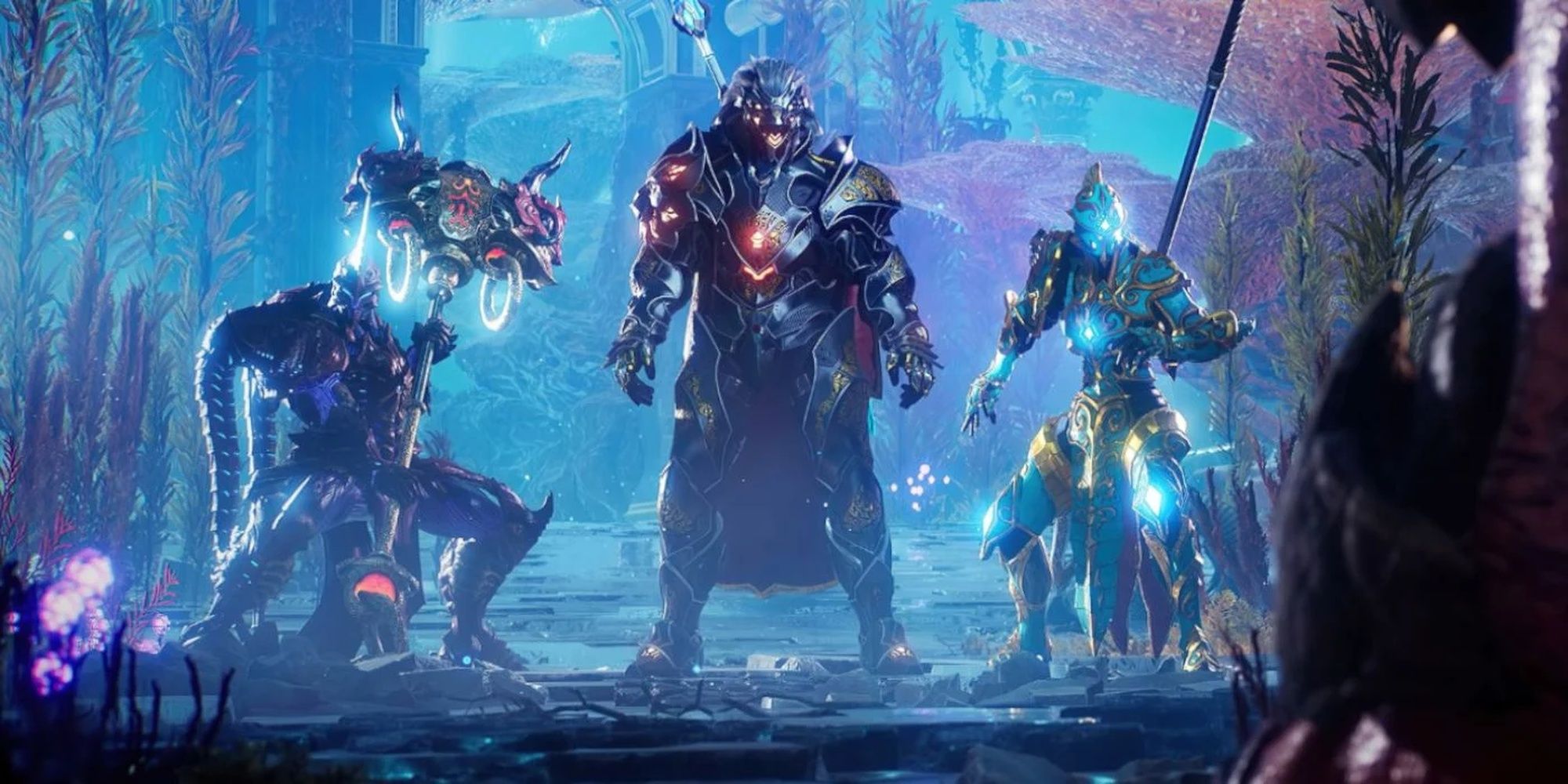 The strategy for Thraex is to exercise patience. Thraex is aggressive and can pull off some pretty lengthy combos. You don’t want to get caught in its rampage, so dodge until there is an opening.

Once you see an opening, get in his face and combo him until he is ready to launch into his next flurry. Once you see him wind up, fall back, and repeat.

Be aware the Thraex will douse large portions of the field in flames, making it hard to effectively engage Thraex. You will need to carefully navigate the hazards, whilst also dodging Thraex and, well, attacking him.

Not only that, but Thraex hits way too hard to actually parry or block (outside of his blue attack). This is common with all bosses, but even more so with Thraex as he can knock you into his fire fields. This will almost certainly give you the painful Ignite condition. Dodging is the best way to deal with Thraex as a result.

Remember to end your combos with a Heavy Attack. This will break any grey HP Thraex has, and also can cause health orbs to drop. This will end the fight faster, as well as keep you topped up on health without having to rely on your crystal stack.