Godfall: How To Defeat Vargul Champion

Supporting each of Godfall’s major boss encounters is a series of minibosses that hinder your progress and generally make fighting each area's “Big Bad” much more difficult. The Vargul Champion is one such miniboss.

Essentially a really big version of enemies you’ve already fought, the Vargul Champion is a sword-toting, bipedal lizard who likes nothing more than to smack you in the face. His moveset is fairly simple, but he’s much faster than bosses you've fought up until now. Underestimate this underling at your own peril. 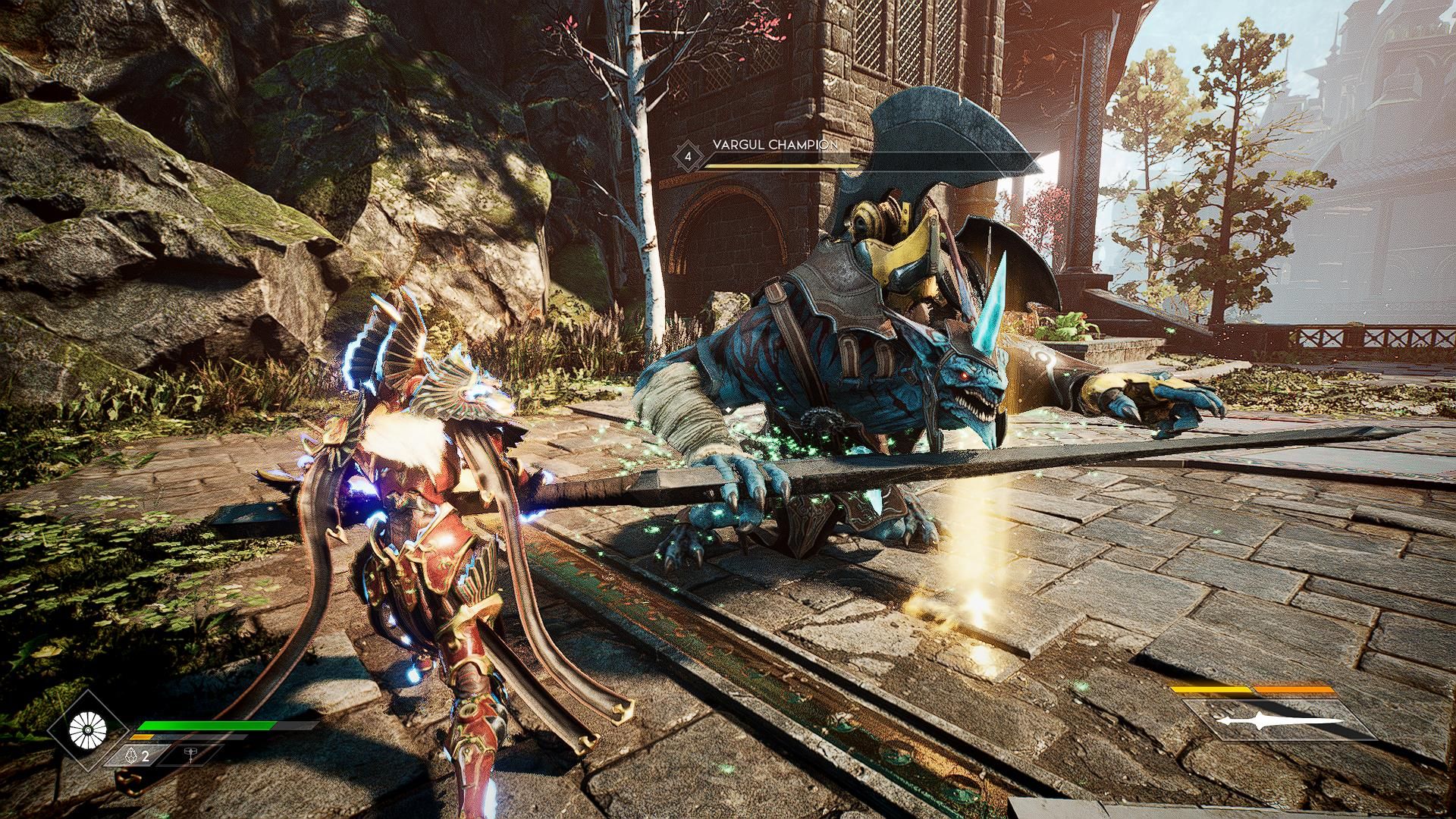 Vargul Champion is very easy to grasp as he only has one phase, and he doesn’t gain new attacks as the fight goes on. In general, all of his attacks involve him swinging his sword in one-to-three hit combos, and they are all dealt with in the same way. The real threats come in the form of his unblockable attacks and single blue attack. 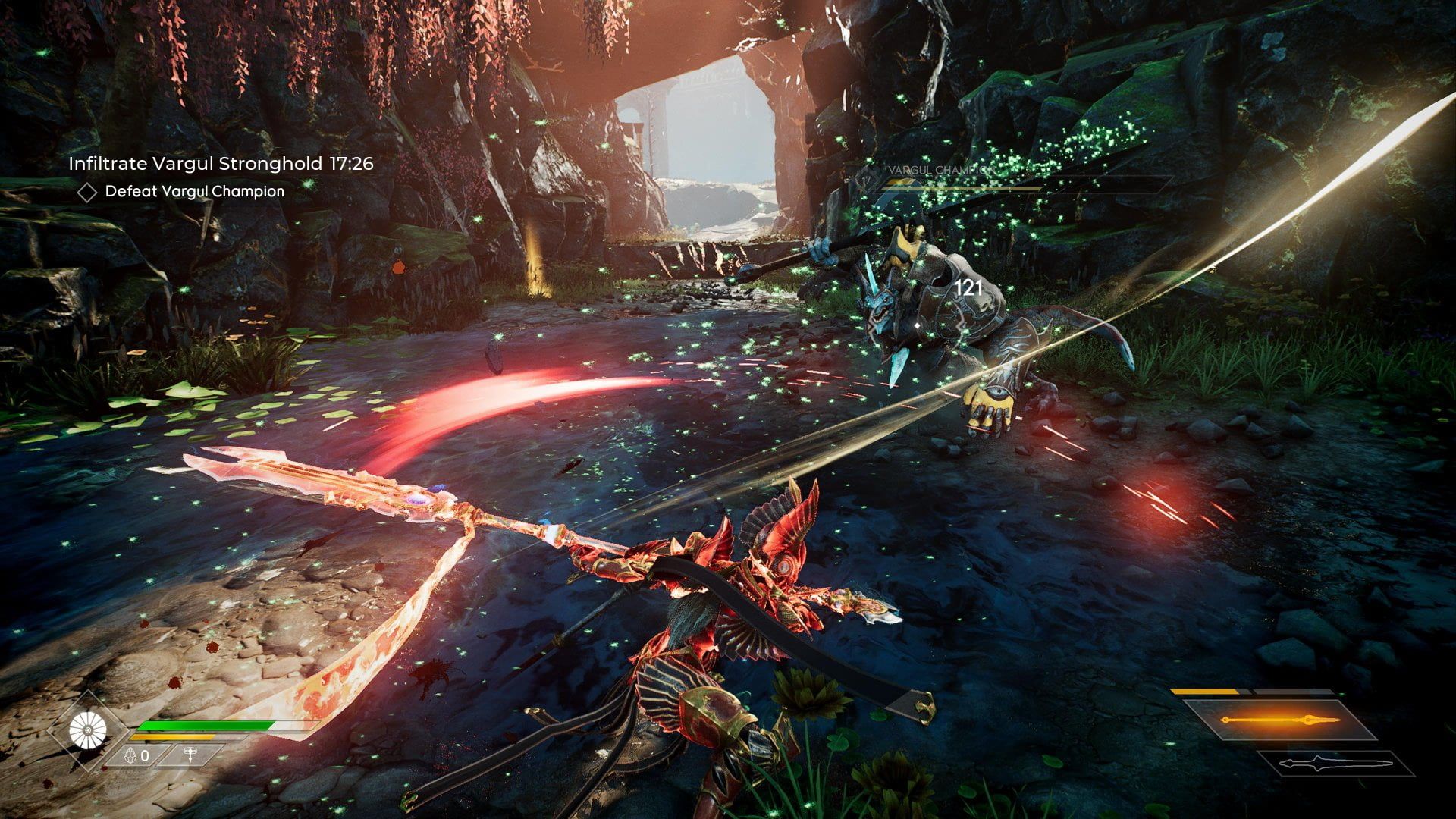 Vargul Champion is as fast as he is relentless. His attacks come out fast, they often combo into more attacks, and he deals high damage. Not only that, but he can cover ground quickly due to his multiple running and jumping attacks. To prepare for this onslaught, you need to use weapons with a lot of range, or, that are fast. Polearms are fantastic for this as they do both of those jobs at the same time.

Vargul Champion is a tough cookie, but he is very susceptible to being overwhelmed with high amounts of damage. Going in with a full bar of Archon Fury will make you impervious to his attacks, increase all of your attack stats, and depending on your Valorplate, do all kinds of other funky things to aid you in battle. 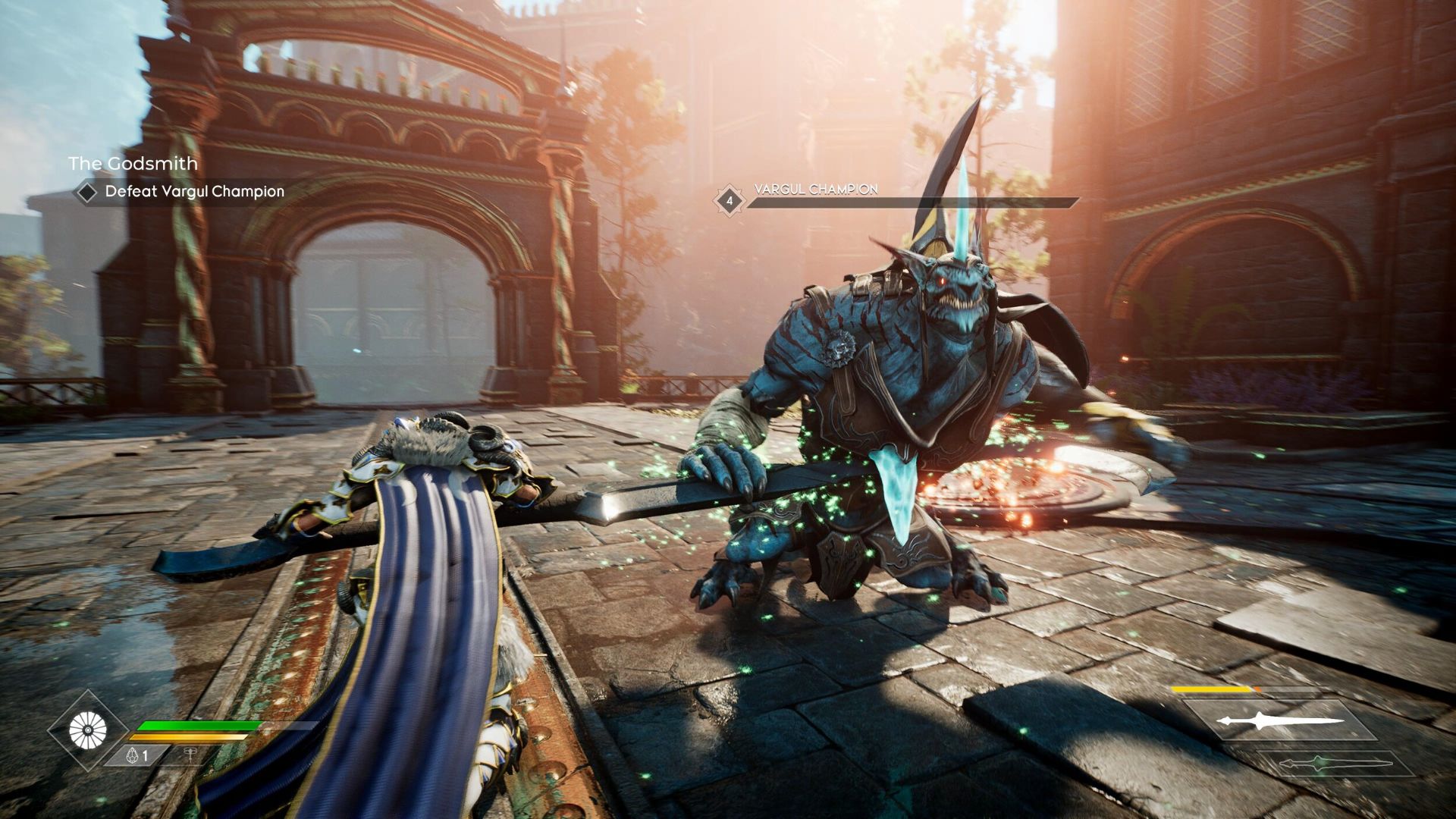 Vargul Champion can be intimidating due to his aggressive moveset, but he is easily countered by being equally aggressive with Archon Fury. You might not be able to kill Vargul Champion before you drain your gauge, but you can inflict a staggering amount of damage, giving you the leg up.

From here, it’s just a case of dodging his attacks and countering whenever possible. Vargul Champion has a tendency to roar at you between combos, and this is an ideal time to land one or two free hits before dodging away. The dodging part is key since he will often follow this road up with a very fast upward swing.

One thing to bear in mind is that Vargul Shamans that can sometimes appear during this fight. These can heal Vargul Champion, and this can seriously extend the fight time. These Shamans are priority targets and need to die as quickly as possible.

Remember to parry whenever Vargul Champion glows blue. This is the easiest way to get damage stacked onto Vargul Champion, and the parry timing is very generous.