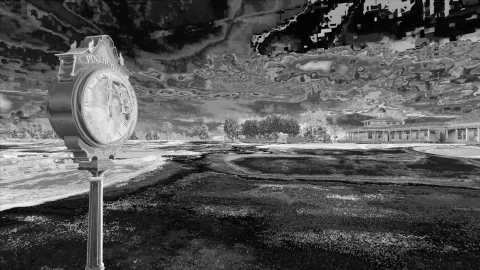 Golf+ is getting two new courses in November and December alongside some additional updates.

The pair of paid add-on courses are Pebble Beach Golf Links in California, arriving on December 9th for $11.99, as well as Pinehurst No. 2 in North Carolina on November 18th for $7.99. The game sells for $29.99 on Quest 2 and comes with three fictional courses and the Valhalla Golf Club, which is the host for the PGA Championship. Other paid add-on courses for the game already available for $7.99 each include The Ocean Course in South Carolina’s Kiawah Island and Wolf Creek in Nevada.

Pebble Beach is a particularly famous golf course in California set against the Pacific Ocean — so it’s addition to the game should be a big draw to golfers. Golf+ also released images of the Pinehurst No. 2 course, which is the view embedded below.

New features coming in December include visualizations meant to help players analyze their swings. The update will also include team modes to compete with friends in Stableford, Skins or Match Play formats, with new equipment added to the game from real manufacturers including Callaway Golf and TaylorMade. In a prepared statement, developers say they’ve had “hundreds of thousands of golfers” play the game and recently took investment from some recognizable names including Breyer Capital, Rory McIlroy, Jordan Spieth, Tom Brady, Stephen Curry, Mike Trout, and Ben Crenshaw.