Graveyard Keeper: A Guide to Getting Started

You’ve probably noticed Graveyard Keeper floating around the popular section of Steam and wanted to give it a try. The game has the same 2D graphics of other popular farm sim titles like Stardew Valley and comes with an interesting premise.

You are the new caretaker of a medieval town’s local graveyard, you just happened to be magically teleported there from the future and have no clue what you are doing. Guided by a talking skull, you start to learn the ways of caring for corpses. The world of Graveyard Keeper isn’t like most farming sims out there, in order to succeed and have a profitable farm we have compiled a list of ten starter tips to help you hit the ground running. 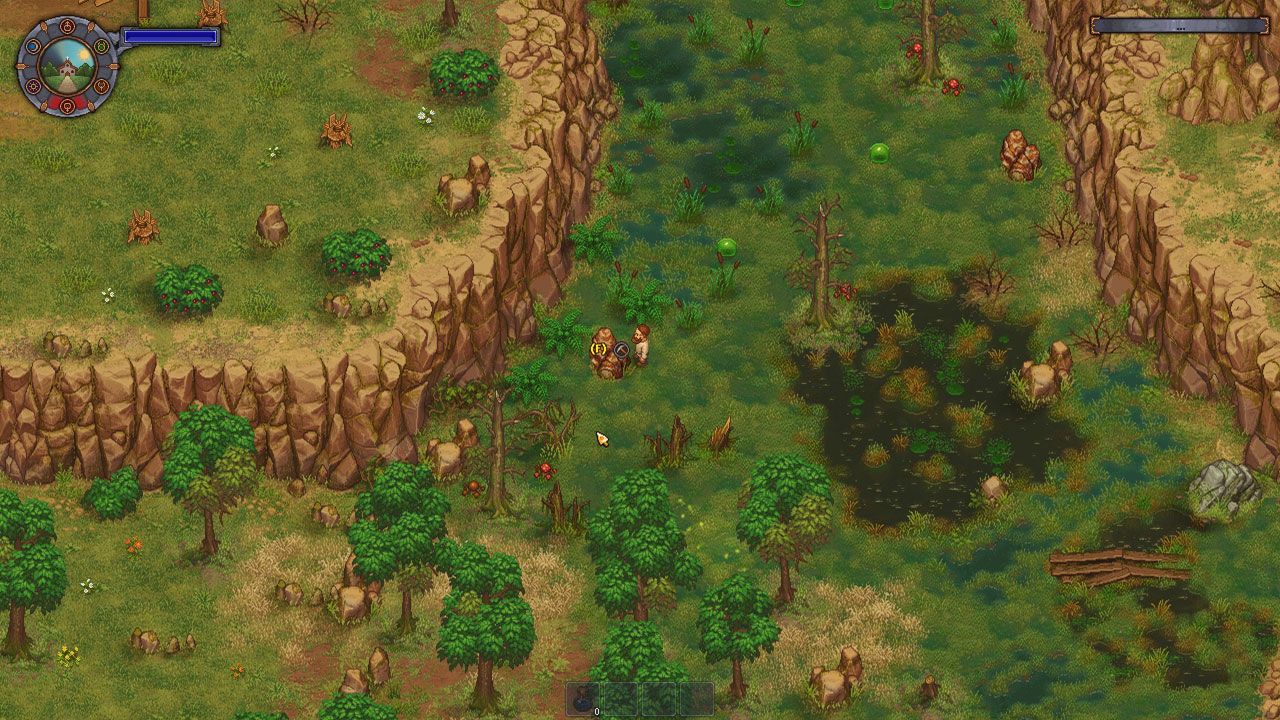 While Graveyard Keeper’s slow money system may make you want to sell everything that’s not nailed down, we highly advise against it. Upon loading into the world, you will be met with a plethora of trees and rocks that you can break down. Selling wood and stone can be profitable in the early game, especially when you realize how slowly you’re going to build up money in the first few hours.

Selling supplies can quickly put you in a bad spot, as resources respawn incredibly slowly. This can make crafting supplies slow to a crawl. 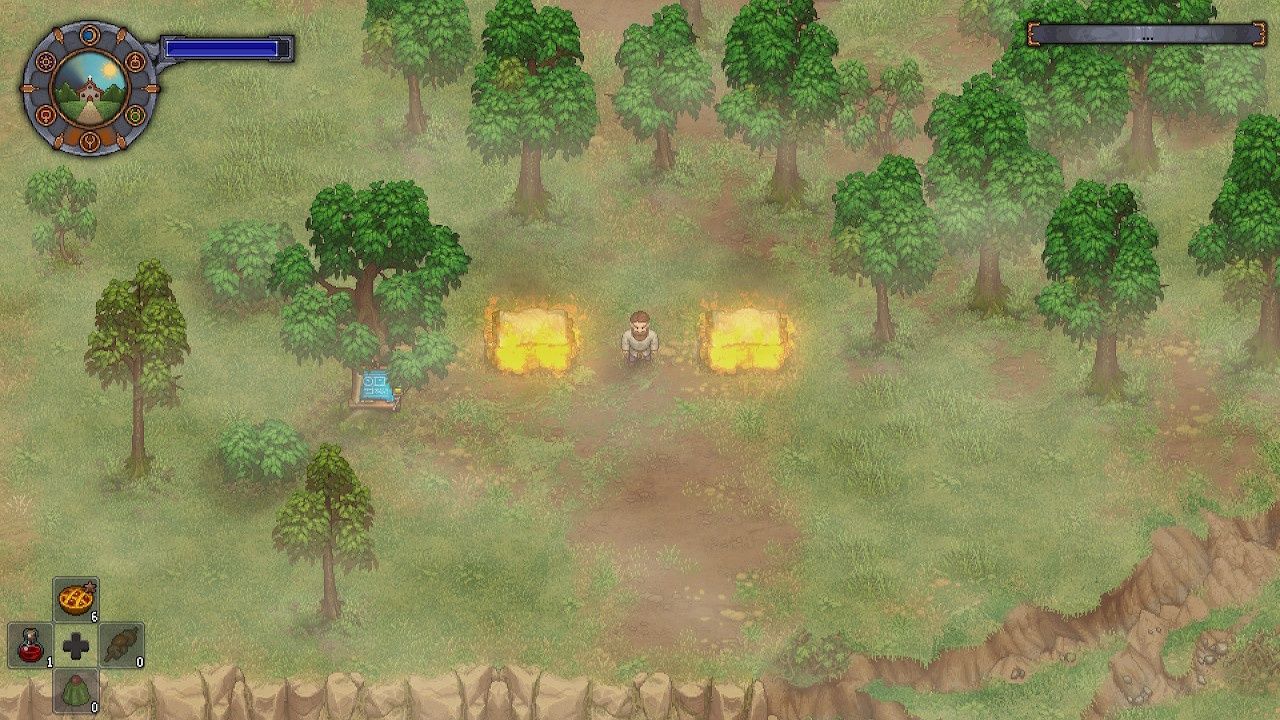 One of your biggest sources of revenue will be burial certificates. The only problem is you don’t want to bury bad bodies in your graveyard. You will also find that throwing bodies in the river gets you no reward. You will want to unlock the Crematorium as fast as possible and keep it stocked with places to burn your bodies. All you will need to do once it is built is walk your corpses across the road to the burn piles.

Burning bodies will also give you both salt and ash, which you will need to stockpile for alchemy recipes later in the game. 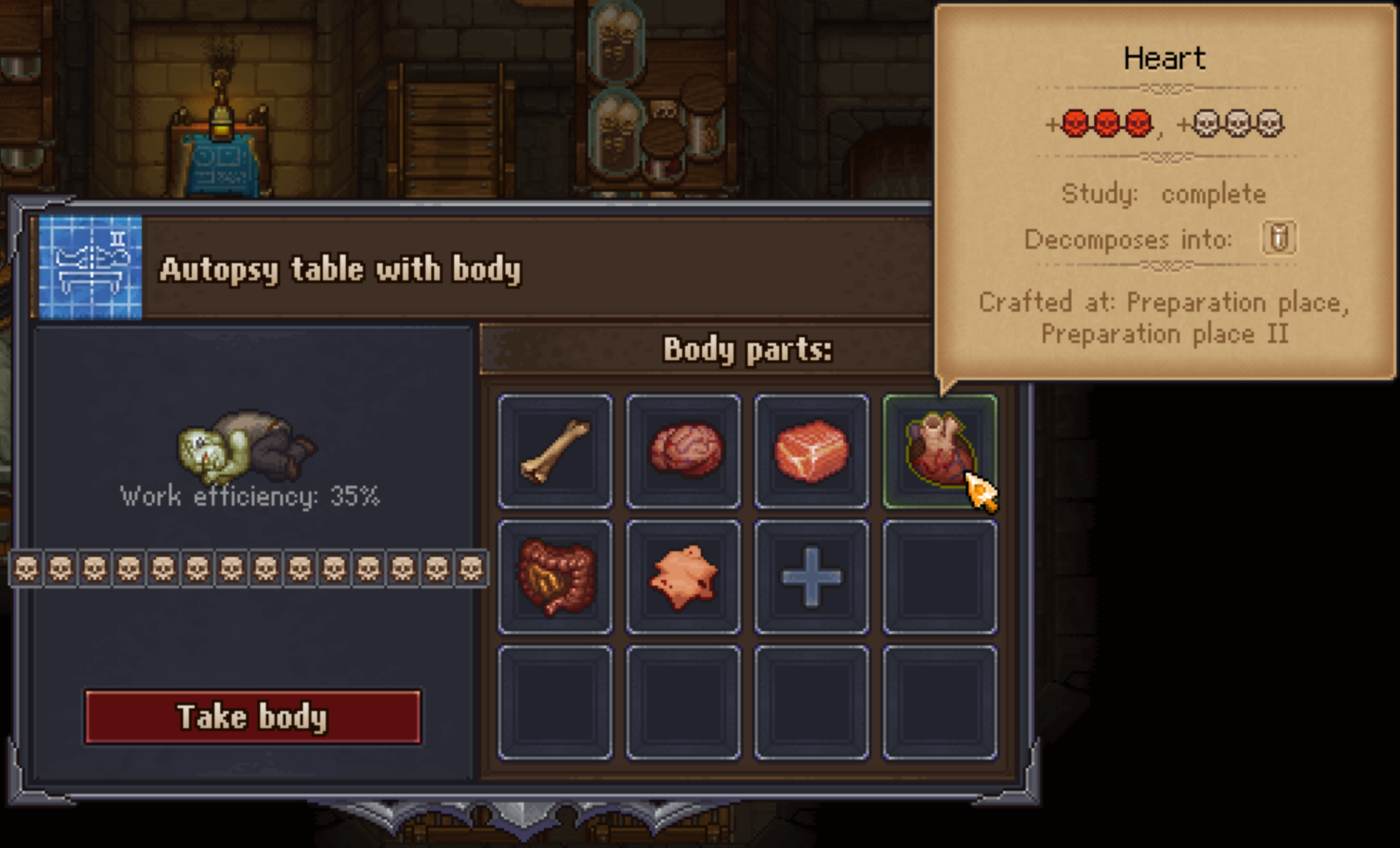 As mentioned above, you will want to avoid putting bad bodies into your graveyard. When you place a body on your work table, they will have skulls. The skulls will be either white or red, depending on how sinful an individual was. You will only want to bury bodies with white skulls, as they won’t decrease the quality of your Graveyard. 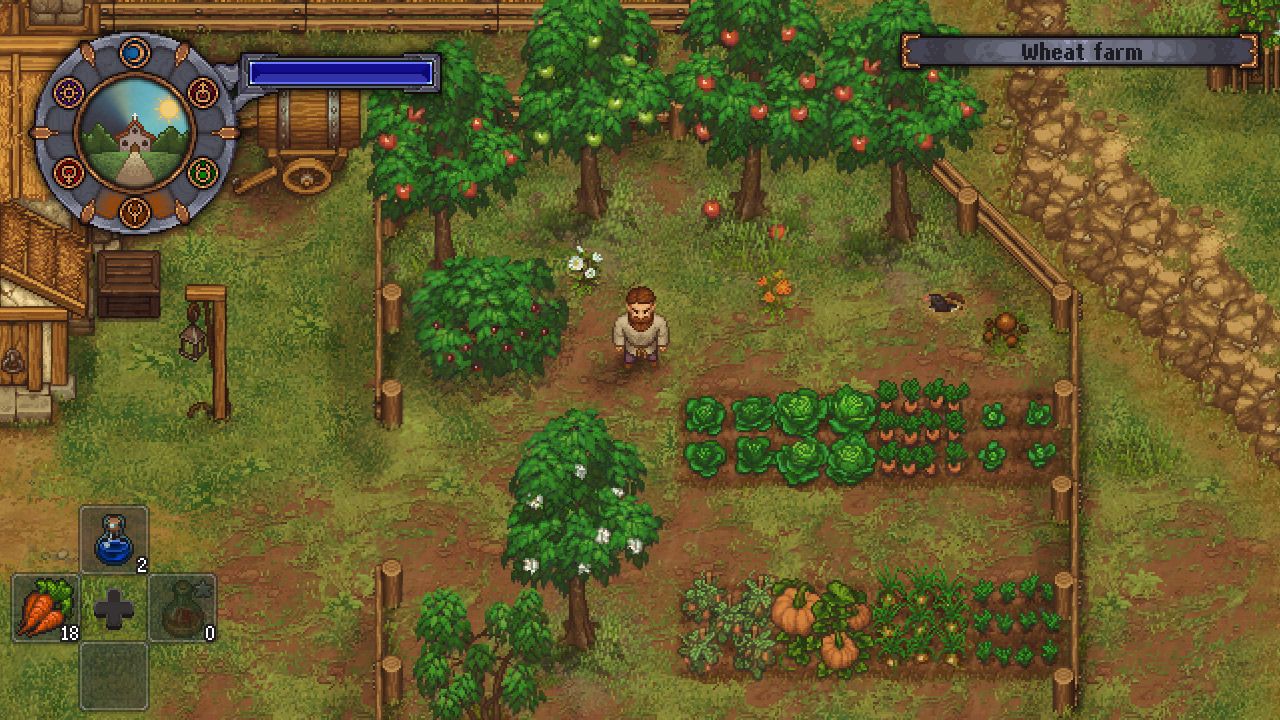 While you probably didn’t buy this game to do more farming, it is an important part of earning money. As you progress in the game, you’re going to be spending a lot of coin to upgrade your church and buy story items. To offset these costs, you can start growing vegetables that the local merchant can sell. By starting early, you can stock up on vegetables and create a nice nest egg.

The best part about the game is that you don’t have to water the plants, you just place them in the ground, and they will grow on their own. 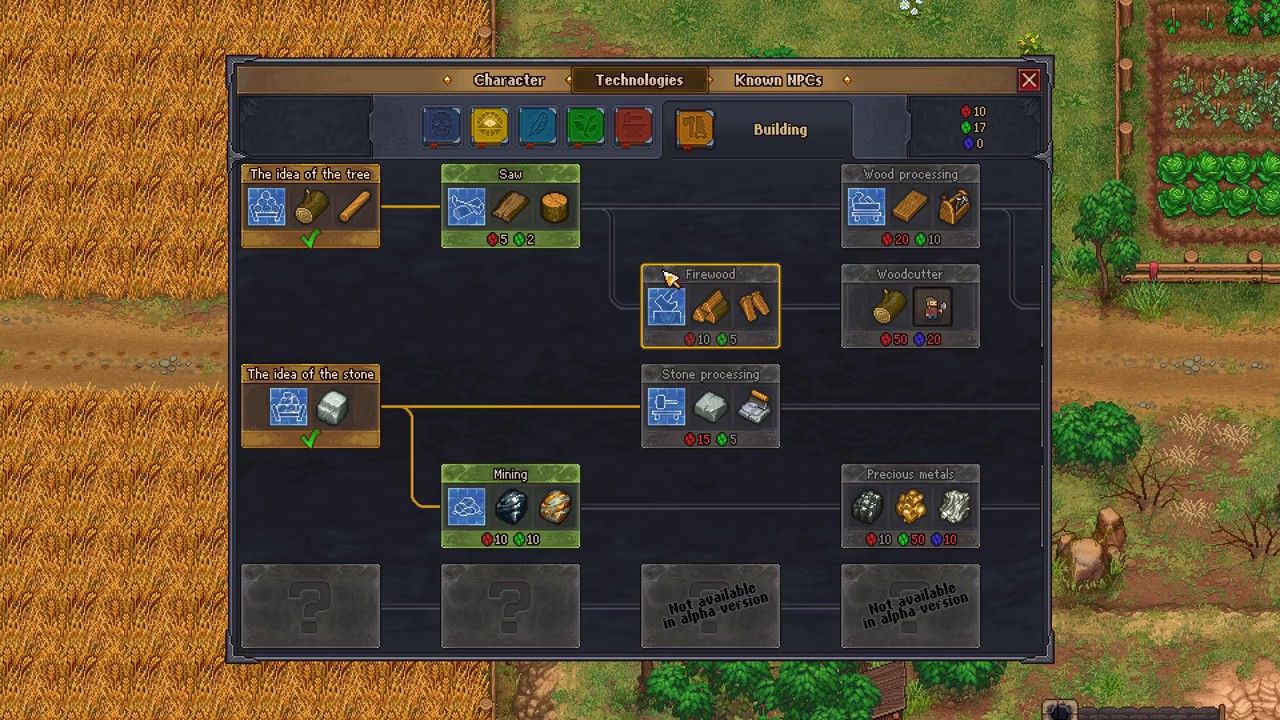 Right off the bat, you’re going to notice that there is a third type of experience point you can gain. You will also notice that even after you’ve been playing for several hours, you haven’t earned one blue point. Don’t worry about blue points early on, focus on unlocking all the lower-tier technologies that only require red and green points. You won’t actually start earning blue points to later in the game.

Even when the blue points do start pouring in, it will be slow. The late game of Graveyard Keeper is when you will finally start to see tons of blue points accumulate. 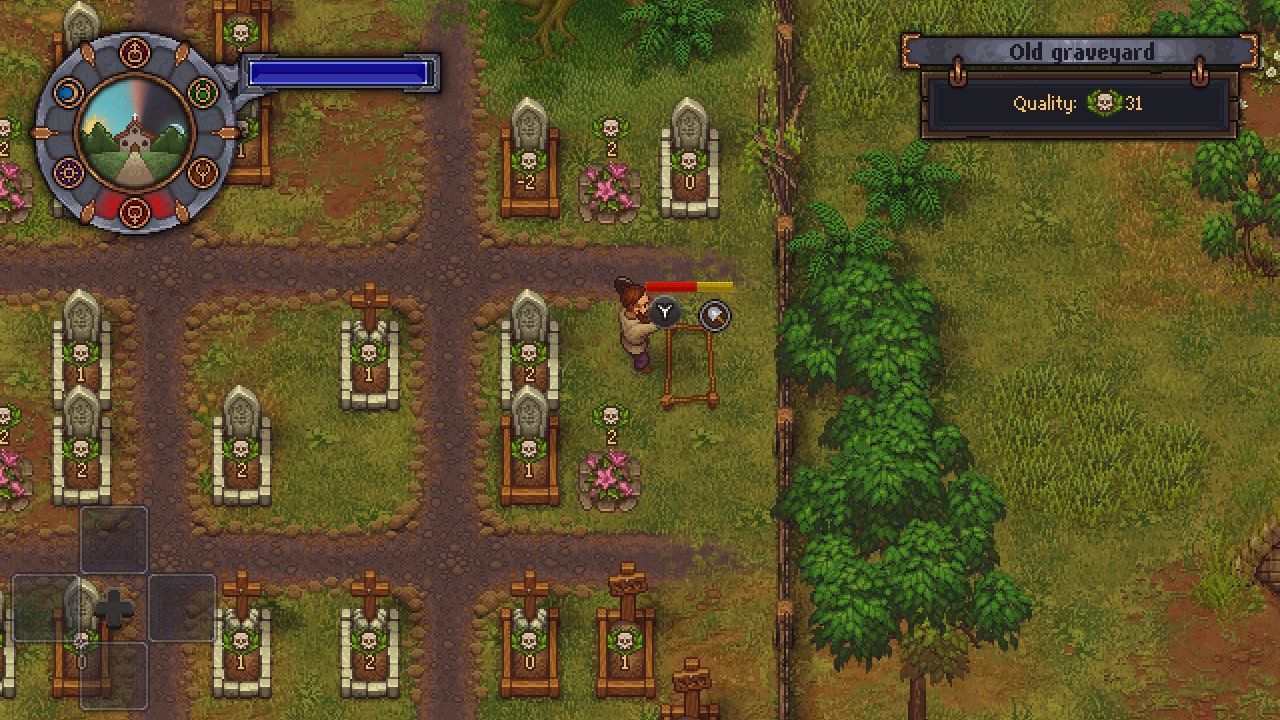 While you may be focused on improving your graveyard’s score, don’t be afraid of digging some extra graves. You will need to fill a large portion of your graveyard with bodies in order to complete the game. To conserve energy, dig five graves at a time. This will allow you to move bodies directly from the morgue into their graves while saving you a bit of extra time and energy.

We also recommend making grave borders and headers before you get in bodies. These can be stored in the chest outside of the church for convenience.

4 Clean Up The Graveyard 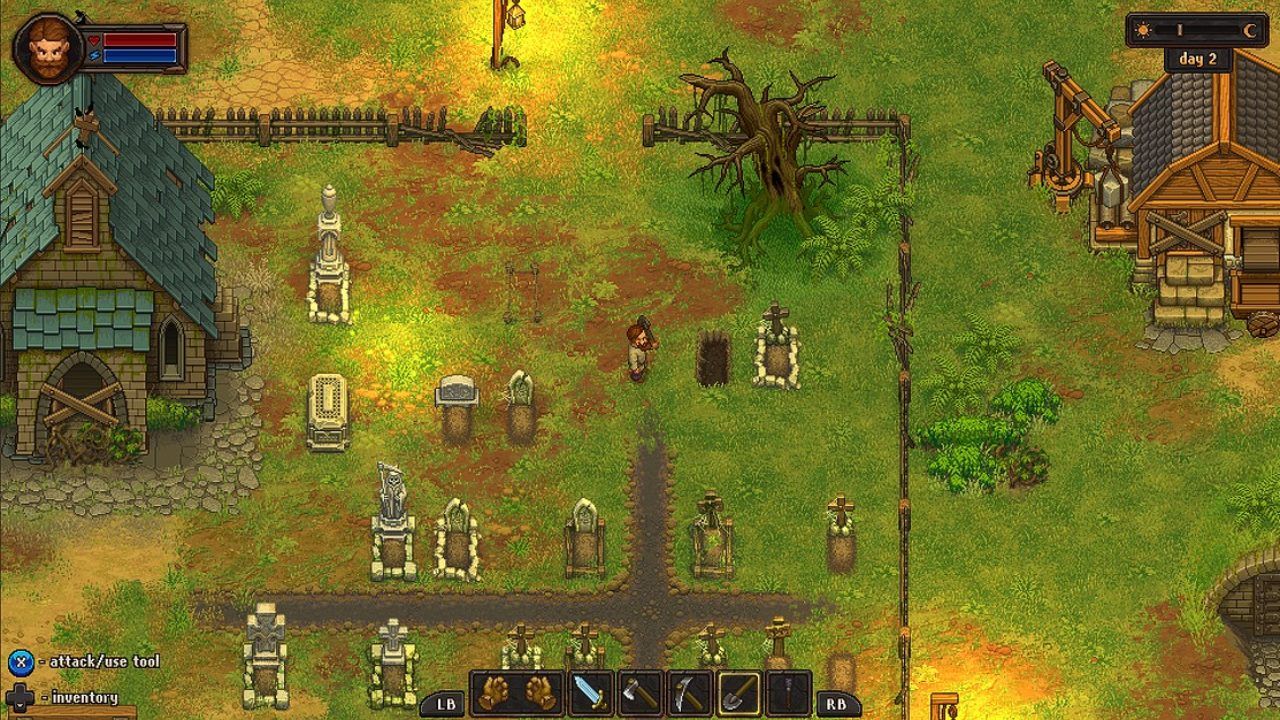 The fastest way to gain points when you start the game is to clean up the graveyard. You will immediately notice that there are dead vines that you can remove. Make sure to clear them out and then use the free repair kits you’ve been supplied to fix up the broken graves. You will be able to make your own stone and wood repair kits later on, but for now, you’re stuck with the few you’ve been supplied.

If you run out of kits, you do have the option of just replacing the broken grave borders and stones with new wood ones. 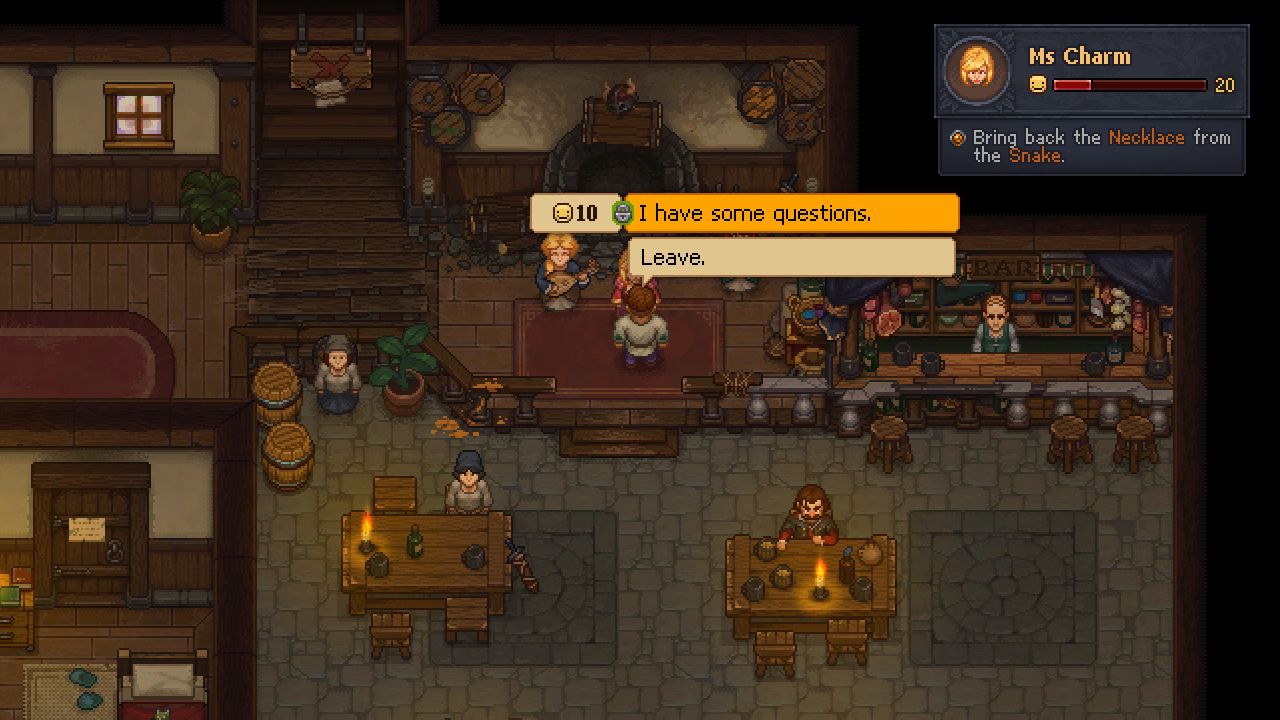 Unlike similar simulation titles, the townsfolk don’t operate on a daily schedule. Instead, you will find that many of the characters you need to interact with only come to town once a week. This can make quests frustrating, since missing an NPC means you will have to wait a whole week before turning in a quest. Make sure to learn which NPCs come to town each day of the week and how long they stay for.

This will save you from having to wear out your energy in order to speed through the days.

2 Deal With Your Donkey 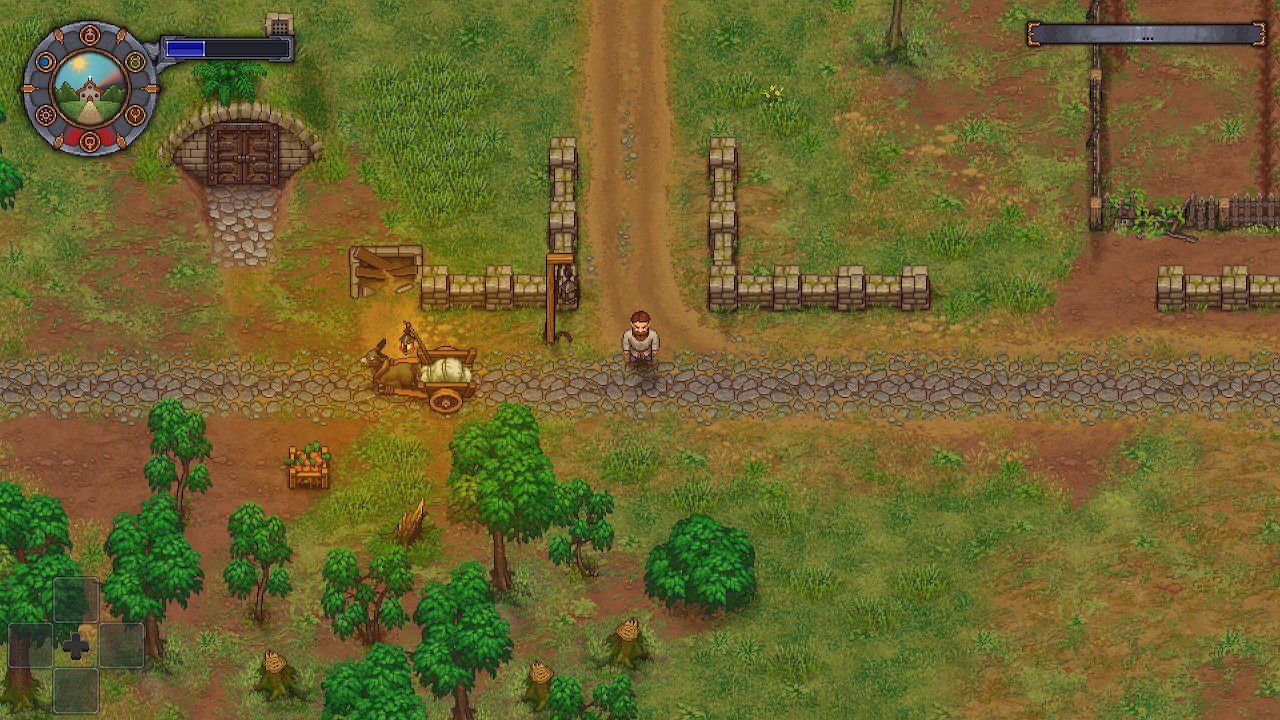 After you start your strange new job, you will quickly meet Donkey. Donkey is a very irritable character who will start to take up issues with you as soon as you reopen the church. He will go on strike, refusing to move from the front of your morgue or give you any new bodies. A few days before his strike, he will poop in your road, walk into the pile to get some free carrot seeds.

To appease him, you will need to feed him ten carrots, buy oil from Dig, and agree to give him five carrots per delivery. 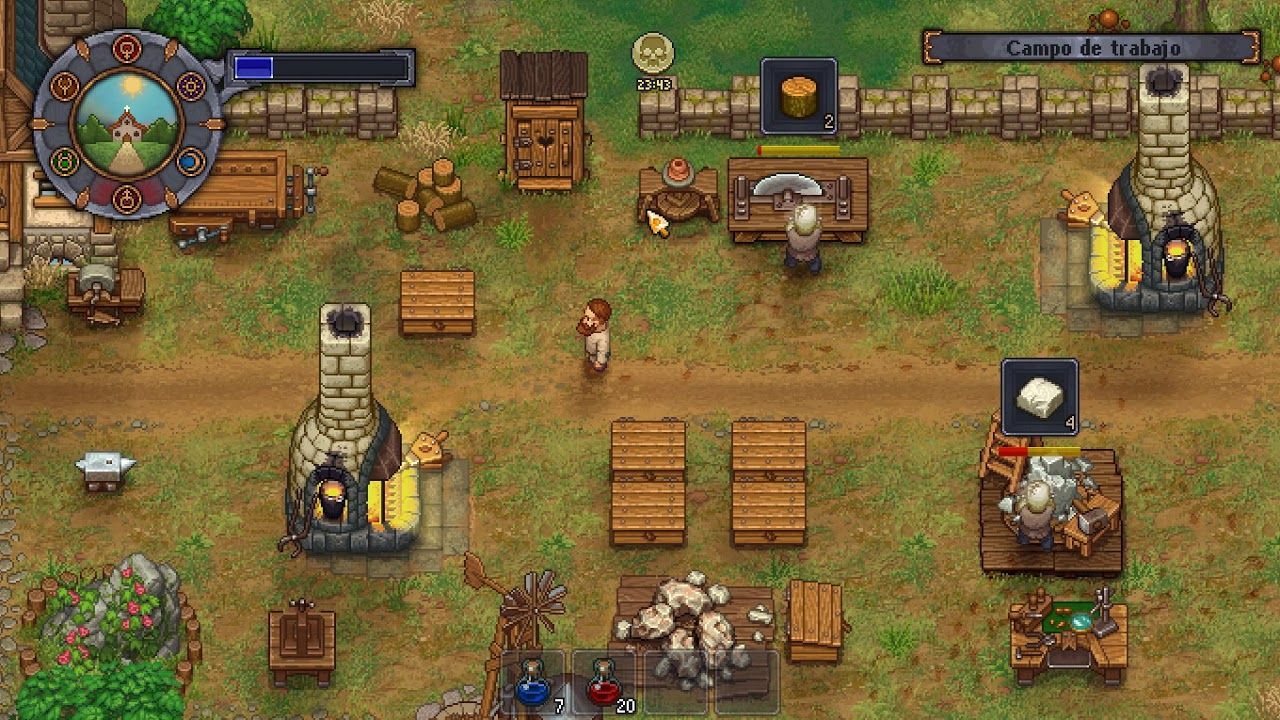 It’s important to begin building up your work yard as soon as you start the game. By building different facilities, you will be able to smelt ore and cut wood. Make sure to go ahead and build a woodcutter, stone cutter, and a furnace as soon as possible. In fact, if you can, you may want to have more than one furnace, as this facility tends to produce slowly.

Building facilities will also allow you to craft more expensive items that are worth more than their raw forms are.