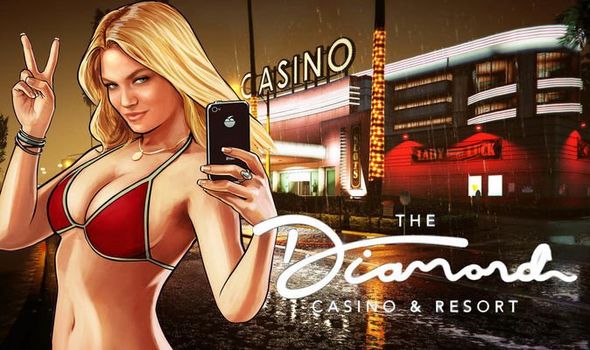 GTA 5 Online this summer will be getting its next major update, the highly anticipated Casino DLC.

Ever since GTA 5 released almost six years ago a casino has stood in Los Santos which was promised to be “opening soon”.

Despite that for years the GTA casino had its doors closed to the public with it looking unlikely whether it would ever open.

But now Rockstar Games has confirmed the GTA casino – which is called the Diamond Casino & Resort – will be opening later this summer.

An exact release date hasn’t been confirmed yet, but Rockstar Games has teased what GTA fans can expect from the casino.

Elsewhere the casino will offer valet parking, “life-changing prizes” that can be won with the Lucky Wheel and “a range of sophisticated table games”.

Rockstar Games has promised that more details and an inside look of the GTA casino is coming soon.

And ahead of a full reveal of the GTA casino a new leak may have revealed details on the upcoming DLC.

Rockstar insider and Twitter user @TezFunz2 recently revealed the GTA casino DLC has been in the works since 2014.

The tweeter said single-player casino content had originally been planned and that an NPC had been used to test out gambling animations.

TezFunz2 tweeted: “Back in 2014, the casino was under development when SP DLC was a thing. One of the funny things is that this NPC was used as a placeholder to test out the NPC gambling acting/part/anims. He’s a popular member in GTA RP community, Eugene played the Casino DLC before us. #GTAOnline”.

On the GTA forums site TezFunz2 posted some code related to these animation tests he was referring to.

And, as pointed out in a video by YouTuber MrBossFTW, the code refers to different character models and animations.

And it gives us an insight into some of the characters that may appear at the casino, with waiters and dealers for poker, roulette and blackjack listed.

MrBossFTW also shared leaked images of what these characters could end up looking like in the GTA casino DLC.

The code and leaked character model pictures are likely placeholders, but it does give an insight into some features that could be coming with the casino. 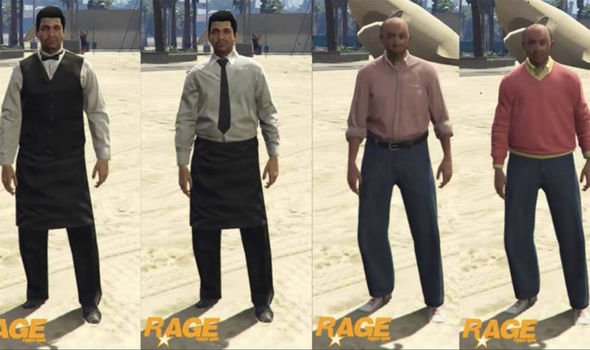 TezFunz2 also revealed that plenty of progress was made into a single player casino DLC for GTA 5 before it was scrapped.

The GTA insider tweeted: “Rockstar was trying out how NPCs would look like gambling in the casino as it was supposed to be featured in both single-player & online (now it’s only online). They used this character model to test out the animations and everything.”

When asked how far development into the single player content was before it was cancelled, TezFunz2 said: “60% to 70% finished.”

The news will come as a bitter blow to those fans still hoping single player DLC could get added to GTA 5.

But the sheer scale of the upcoming GTA casino DLC will hopefully be some consolation.

Rockstar Games has dubbed the casino update the “largest and most extravagant addition” to Los Santos yet.

The GTA 5 Casino DLC update is pencilled in for a late summer release.

• Stay tuned to Express.co.uk for more gaming news and updates