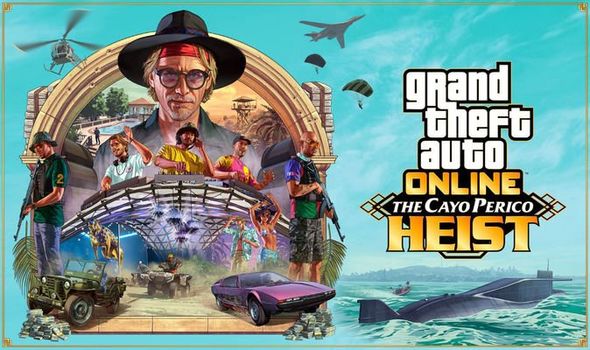 A lot of new stuff is coming to GTA 5 Online next week with the launch of the Cayo Perico Heist.

A new location to explore, a special NightClub opening at the Casino, as well as new vehicles and Heist weapons to look forward to, there’s plenty of Grand Theft Auto content coming.

And with that on the horizon, this will be the final week Rockstar Games could choose to update its weekly deals.

Sometimes, the development team chooses to skip this event and instead just extends what has been available over the previous seven days.

These are the current deals available in GTA Online:

The Rockstar Games site currently lists these bonuses as running out today, meaning we could see a GTA Online refresh on December 10.

If that happens, expect some kind of announcement at 10am GMT, followed by whatever new deals have been released.

And as mentioned above, these will only be available for a week, to tie gamers over until the Cayo Perico Heist is released.

As the new trailer confirms: “Anything goes on Cayo Perico, a private paradise that’s home to the infamous El Rubio, the world’s preeminent narcotrafficker and supplier to the Madrazo family.

“Cayo Perico is not only the nerve centre of El Rubio’s drug empire, but the island also plays host to his other great love: marathon dance parties on golden beaches, where everyone from jetsetters and heiresses to legendary music producers gather to rave until the sun comes up.

“But away from the beach’s earthly delights lies an untold fortune in art, gold and drug money, scattered across the island. It’s the score of a lifetime for those who can find a way in.

“The Cayo Perico Heist is the biggest GTA Online adventure ever and will be available on December 15th.

As noted above, the new Cayo Perico heist in GTA Online isn’t the only thing changing this month.

The Music Locker, a new underground club, will also be opening its doors open to everyone on December 15.

Situated directly beneath The Diamond Casino and Resort, The Music Locker will feature residencies by world class DJs.

Rocktar says the Music Locker will also introduce new gameplay features including the ability to dance with a partner, as well as new dance moves.