GTA 6 release date news is headlined with some exciting news about a possible trailer for the next Grand Theft Auto game. GTA 6 is one of the most eagerly anticipated games on the horizon, despite the next GTA game not actually being confirmed by Rockstar Games yet. Grand Theft Auto fans are currently enduring the longest wait ever for a new game in the series, with it over six years since GTA 5 first launched.

It had been hoped that Rockstar Games would reveal what their next project would be following the launch of Red Dead Redemption 2 in late 2018.

However 2019 came and went without without a peep on what Rockstar are planning to release next, with GTA 6 one of the possible candidates.

But with a new year comes fresh hope that Grand Theft Auto fans may at last find out concrete information on GTA 6.

It has been rumoured that GTA 6, despite not being announced yet, could in fact be getting a 2020 release date. 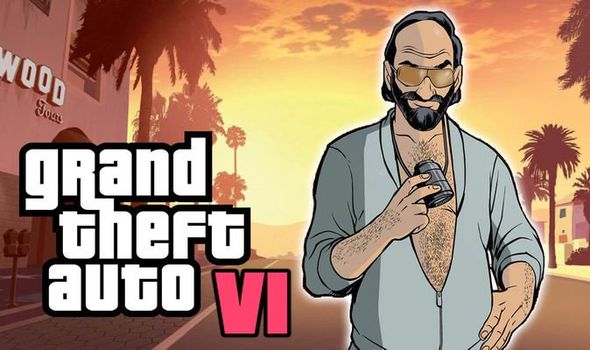 An alleged leak, which correctly revealed details about the PS5 early, said GTA 6 would be a launch exclusive for the next PlayStation.

If that is the case then GTA 6 could indeed have a late 2020 release date, which is when the PS5 is set to launch.

And ahead of this rumoured release date GTA 6 fans have been delivered some interesting news.

This tweeter alleged that the first trailer for Grand Theft Auto 6 is set to be released in April.

The veracity of these claims are unclear, but what is interesting is the amount of likes and retweets the post got. 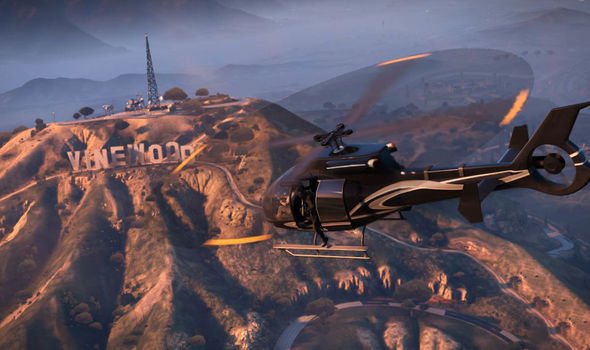 Despite the tweeter behind this post only having a few hundreds followers, the tweet was liked over 15,000 times and retweeted around 8K times.

The eye-catching Twitter post comes as Rockstar Games has listed on its careers page a very interesting job vacancy.

In a post online Rockstar Games detailed how they are looking for a video editor to “capture game footage and edit video game trailers”.

It adds the ideal candidate “will have experience with both drama and documentary and able to craft a compelling narrative”.

They will also need to “communicate the emotional content and excitement of a game within a 60 second format”.

No specific Rockstar Games IPs were mentioned in the job spec, but it will surely spark speculation the listing could be to work on a GTA 6 trailer. 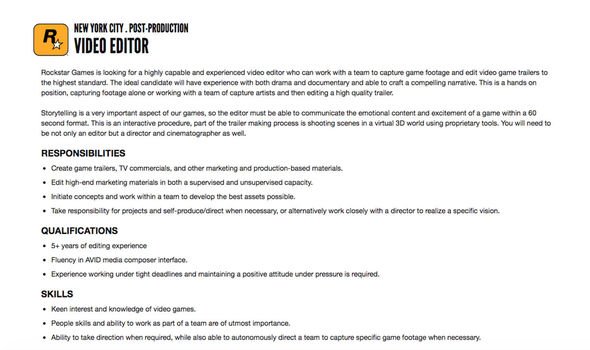 In another job listing Rockstar said they are looking for a screenshot capture artist who will work on marketing campaigns.

These positions, of course, could be to aid those creating marketing materials for GTA 5 and RDR2 updates.

Rockstar typically release such trailers and press releases with screengrabs when a new GTA or RDR2 update lands.

But fans will surely also be wondering if the positions could be because Rockstar are ramping up preparations for the GTA 6 unveiling. 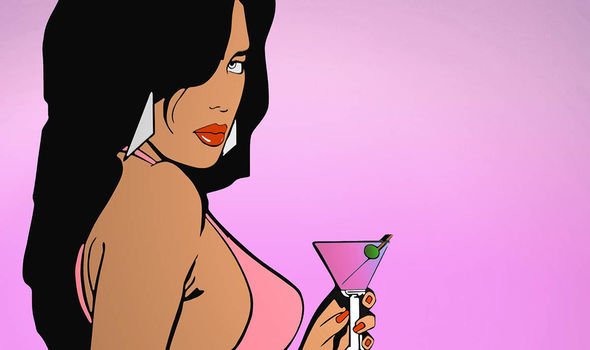 It remains to be seen when GTA 6 will get unveiled, with the earliest possible point that has been mooted this February.

That’s because Sony are rumoured to be holding a big PS5 unveiling next month.

If it is true that GTA 6 will be a launch exclusive for the PS5, then maybe it will be announced at the PlayStation 5 launch event.

• Stay tuned to Express.co.uk for more GTA 6 news and updates