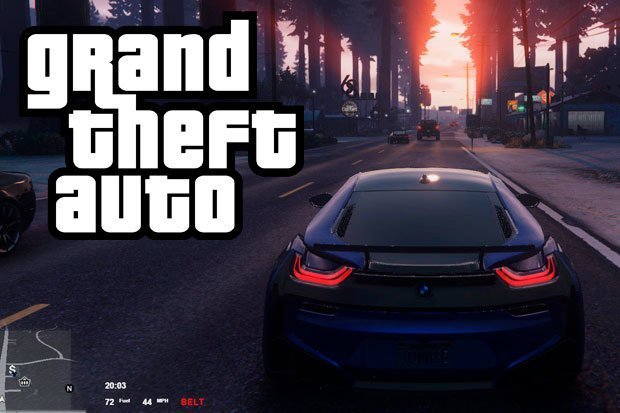 The reveal of the new GTA 5 Online Casino update wasn’t the only Grand Theft Auto piece of news that caught our attention this week. Oh no.

We also came across some rather sumptuous images of Grand Theft Auto 5 which had been given the Ray Tracing Treatment and it looks, well, quite frankly absurd.

The pictures were posted on Twitter by a YouTuber named Robin Williams (@GTAWiseGuy) and as you can see, they transform an already excellent looking game into something truly special.

In fact, we weren’t the only ones to notice. The pictures received a whopping 50 Retweets and over 600 likes from the Rockstar community, including Rockstar Games official account.

Numerous people even responded asking “is this PS5” a joke, surely, but the pictrues are that good you could forgive some people for getting carried away.

With so many people asking how the original used managed to get the game to look this good, he replied to say:

The link in question leads to a patreon page for Pascal Glicher, a creative who makes graphics mods, shaders, digital and traditional art.

If the name sounds familiar, you’re not going mad, we’ve mentioned the work of Glicher previously, which you can also see in action just below in the video which shows a work-in-progress GTA V ray tracing mod.

but overall, fans are pretty excited by the prospect of a GTA 6 harnessing these sorts of graphics and techniques.

As you can see, it’s Keanu Reeve’s levels of breathtaking and gives an early indication of what the next generation of consoles could achieve whenever Rockstar Games do eventually release GTA 6 as a follow up to 2013’s GTA 5 release.

Sony is already talking about making sure the PS5 is capable of delivering realistic 8K graphics, courtesy of some incredible new hardware.

The PlayStation 5 CPU is based on the third generation of AMD’s Ryzen line and contains eight cores of the company’s new 7nm Zen 2 microarchitecture and the GPU will be a custom variant of Radeon’s Navi family that will support ray tracing (allowing for astonishing lighting effects in-game).

That last bit is the most important here: ray tracing is a key part of what people are expecting next-gen consoles to deliver on.

For the layman, ray tracing is a method of simulating realistic lighting effects to make games seem more immersive and true-to-life.

It does this by coating surfaces and filling space in a much more realistic way, allowing light to react with and diffuse on surfaces in a way more similar to real life.

The result? The video above: gorgeous, luminous, accurate lighting.

As we edge more and more towards this exciting new benchmark in sandbox gaming, we’re trying to figure out exactly what it’s going to look like when it arrives and to that end we’ve been looking at other mods and creations to see what GTA 6 can realistically deliver when it launches sometime in the next, well, decade.

We’ve already got an idea about the graphics we could see, and some potential locations for GTA 6 may have already leaked, too.

Further to that, we’ve also speculated about the size of the game’s map previously by taking Red Dead Redemption 2’s size and looking at how Rockstar has iterated on that kind of base between games (and generations) before.

Plus, last week, we saw a post of a possible GTA 6 map published online: thanks to Dexerto, we can see what the map would look like if we composite all the locations from previous games into the game place.

You can see this speculative GTA 6 map in all its glory at the link.