GTA 6 release date WARNING: Do not fall for this Grand Theft Auto con

Ever since Red Dead Redemption 2 was released last year attention has shifted among fans to what Rockstar Games are working on next.

It’s been almost six years since the release of GTA 5, and Grand Theft Auto fans are wondering when GTA 6 is coming out.

And interest in GTA 6 has been bolstered in recent months by a flurry of alleged leaks about the new Grand Theft Auto.

It all started in April when it was allegedly claimed by an industry dev that GTA 6 was coming out in 2020 and would be a timed PS5 exclusive.

Since then more GTA 6 rumours have been flooding in, with claims that GTA 6 will skip the PS4 and Xbox One and that it’ll be set in Vice City.

Despite the huge amount of interest in GTA 6 its existence actually hasn’t been confirmed by Rockstar Games.

But that hasn’t stopped people from trying to capitalise on the interest in GTA 6 with a fake website for the game recently spotted.

The alleged GTA 6 website gta6releasedate.com appears quite highly on Google when searching for terms related to GTA 6.

The fake GTA 6 website claims that GTA 6 is “coming out by the end of this year” and is releasing “for all devices including mobile platforms”.

It also claims that GTA 6 will be set in Tokyo with additional missions taking place in the US.

The fake site claims that ‘beta testing’ is taking place for GTA 6 and offers download links for iOS, Android, PC, PS4 and Xbox One.

The alleged Android file for GTA 6 weighs in at 53MB while the PS4 file that is downloaded from the site is a zipped file that’s 33MB. 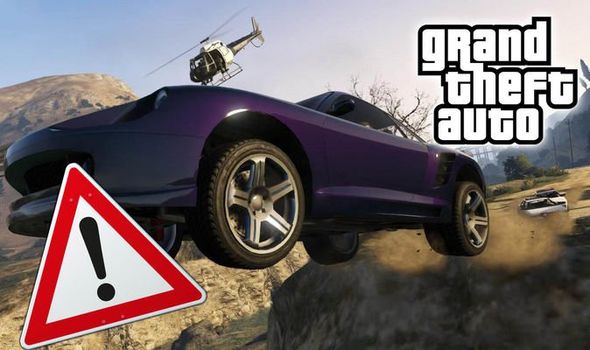 As gamers will be aware, this is way too small to even be the files for a small demo of a game, let alone a beta for it.

The site’s claims that GTA 6 is coming out in 2019 and that a beta is taking place at the moment is also untrue.

GTA 6 has not been announced yet, nor has a beta period been revealed, and it hasn’t been confirmed which platforms GTA 6 will be coming to. 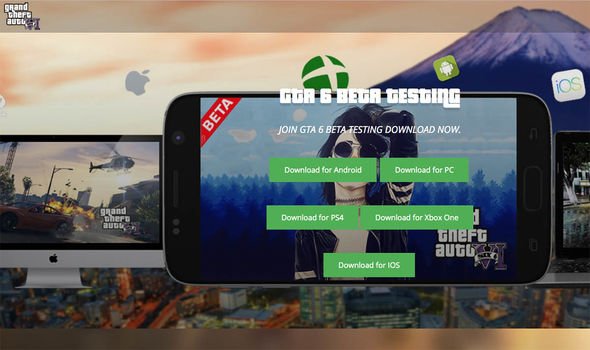 The fake GTA 6 website comes after similar scam sites emerged in the run-up to the Fortnite Android launch.

Other scams have also been highlighted by security experts which are trying to trick those interested in the Apex Legends Mobile release.