I loaded up GTA 3 for the first time on the morning of October 23, 2001. It was a school day, but the pre-order dropped through the door and I booted up my PS2. There was an opening credits scene to endure, stylish as it was, but I had a bus to catch. As soon as the bank robbery FMV finished and we broken out of the police van, we were set loose in Rockstar’s open world. The very first thing you had to do: get in a car and drive.

It was dizzying to drive around this Liberty City. The roads, traffic lights, and shadows cast by the streetlights all felt as if they’d always been there, even though this was a visual revolution in terms of GTA. The car itself sounded meaty, weighty, and was a pleasure to drive.

I’d played Grand Theft Auto and GTA 2, on the PS1. Their vehicles were fun too, although the top-down view and wild speed meant crashing was frequent. The shift to 3D meant the cars also took on a new dimension, literally as well as figuratively. But it had a rival. Ubisoft Reflections’ Driver contained impressive visuals for a PS1 game, and was rightly acclaimed for its ambition, but crucially you couldn’t just get out of the car, run around, and steal another. 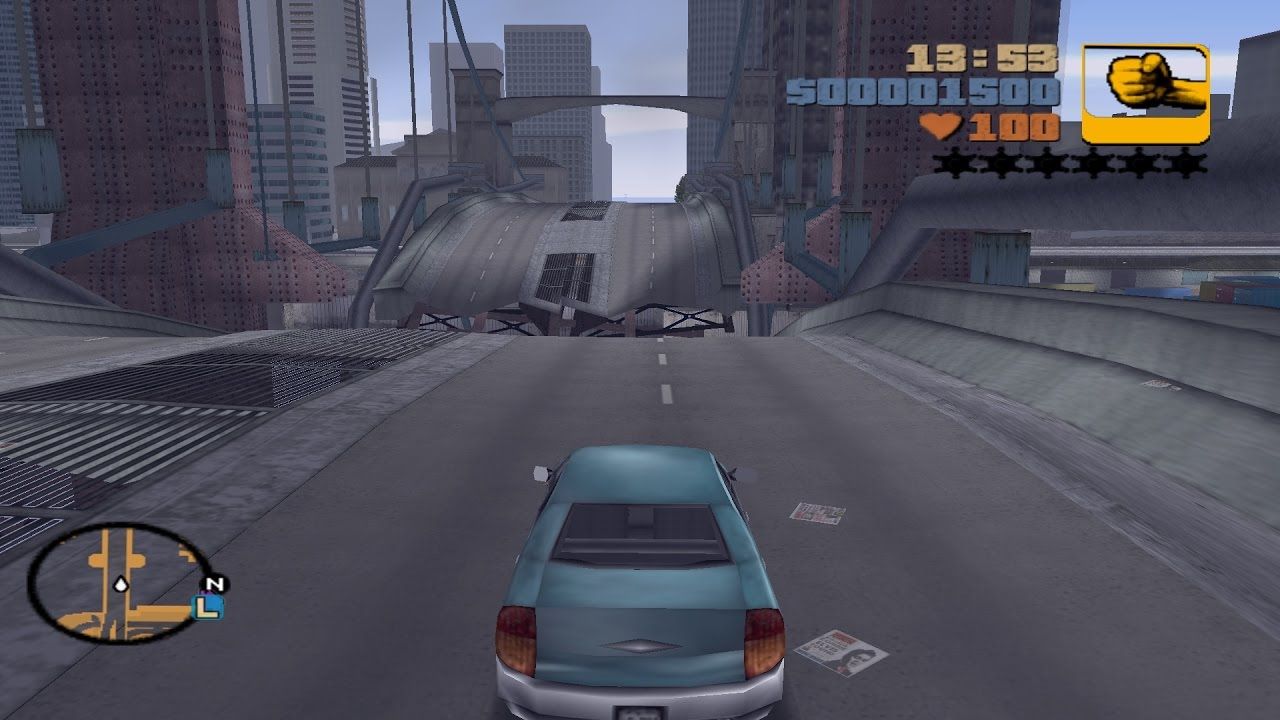 Grand Theft Auto realised something very early on about open world exploration, and it’s a lesson that developers are still learning from today, from the likes of CD Projekt Red in Cyberpunk 2077 to Game Freak and Pokemon Scarlet & Violet.

Exploring an open world can be arduous and boring. Walking or running long distances can be mind-numbingly dull, and if the landscapes happen to be tarmac and looming towers, an existentialist ‘why am I doing this?’ can rapidly set in. Rockstar knew this instinctively and made sure its cars were enjoyable to maneuver and unique. 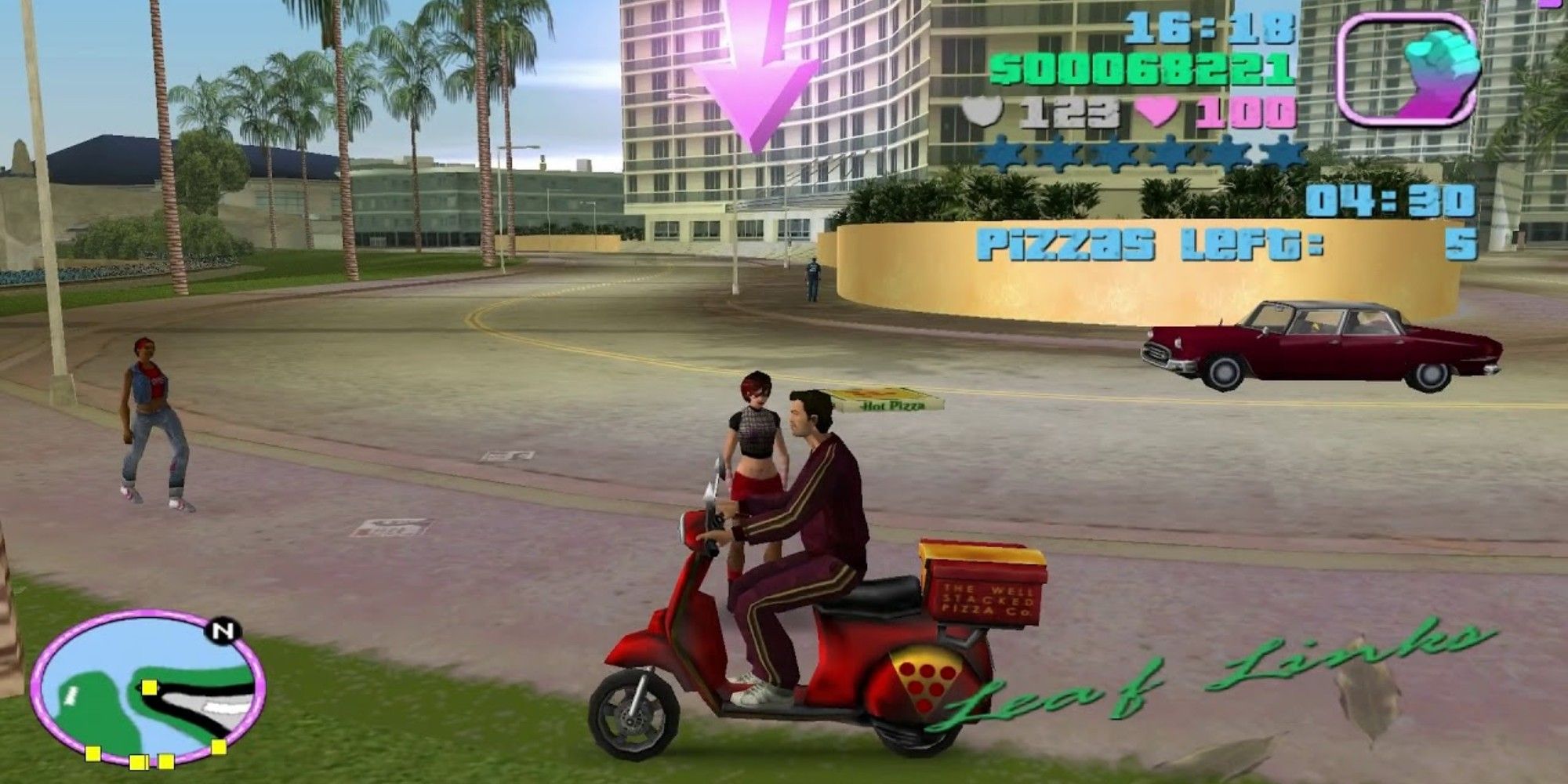 GTA 3 and Vice City’s driving models were quick and forgiving, which meant doing a 360 reverse to escape police felt intuitive. San Andreas changed things up, making it sludgier and more weighty, which continued with GTA 4. Rockstar refined driving for GTA 5 and went with an arcade-style model that it had originally learned for Midnight Club: Street Racing all the way back in 2000. It was slightly cartoony, knockabout, yet with enough weight and a learning curve to make it compelling. But it was a refinement of a formula that worked from the beginning. All those driving missions in GTA 3 wouldn’t have worked otherwise.

As GTA got bigger, it added more vehicles. Motorbikes, speedboats, sailing boats, helicopters, then bicycles, jet fighters, and jetpacks. The real trick, though, was that it included the more pedestrian cars. Ambulances, fire engines, buses, pickup trucks, taxi cabs, and police vehicles criss-crossed Liberty City. How boring it would’ve been if most of the cars were fast and sporty? The variation and mundanity added to the overall authenticity of the game, while making that Banshee all the more special. The physics of the ambulance, enjoyably top heavy, and buses – which I would steal to careen into oncoming traffic – added to the joy of exploration. You wanted to drive around in all the different vehicles, to test them out. Each of them looked and felt different: their designs instantly memorable. I can still see the Banshee in that garage, calling out to me to be liberated. Or the Dodo willing me to fly it over COCKS. 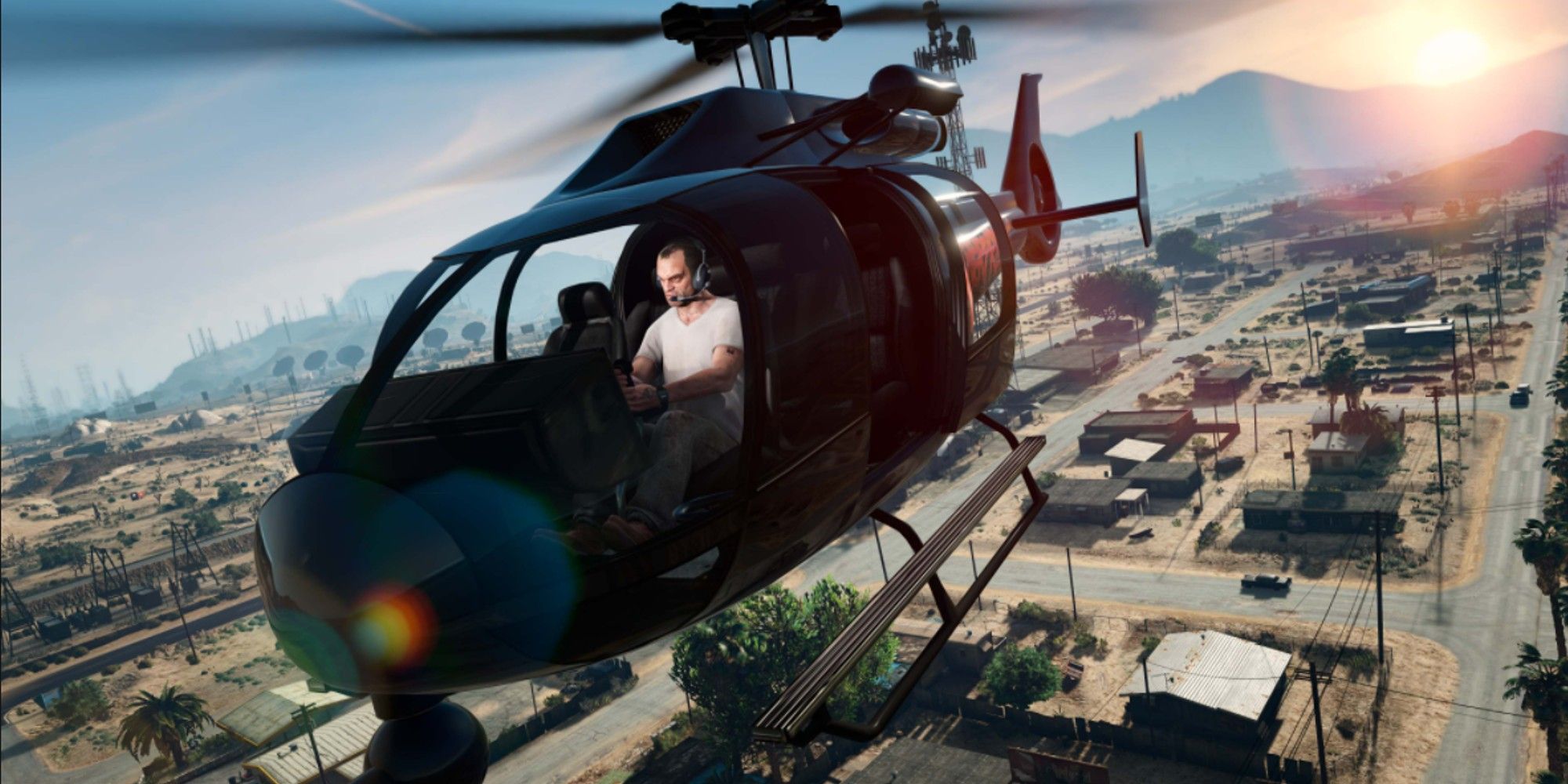 With more and more games allowing you to explore open worlds, so comes the need for vehicles. What are those legendary Pokemon in Scarlet & Violet but vehicles, whether water-going, land crossing, or sky soaring? Sure, there are other ways to get around. Animals can bear us across environments too. But in any game with some modernity, vehicles tend to be the way to go, and in this dimension Grand Theft Auto remains peerless.

Before I had to leave the house and run for the bus, I made sure to abandon my mission and explore those GTA 3 streets and hijack another car. The compulsion to steal and drive was a lesson Rockstar instilled in me very early on, and GTA 6 needs to offer new vehicular delights if it’s to have any success in my eyes.