When I first learned about Gundam Evolution, I was immediately excited to pilot a Gundam against other Gundams while shooting at them and being able to live, laugh, and love my Gundam summer forever. I am immensely sad to confirm that believing that fantasy was a fool’s errand and the dream of an infant.

Gundam Evolution begins with a very handy tutorial presenting all the mechanics you will face in the game, where you can quickly get a proper grasp of how the shooting controls, mobility, and environments work in it. After that brief introduction, you’re ready to go in search of your first match against other players in a six-versus-six team battle, where you can choose to play as fan favorites like Barbatos from MSG: Iron-Blooded Orphans, or the classic RX-78-2 from the original Mobile Suit Gundam series.

However, once the initial charm is gone, I can’t help but make the obvious comparison between this game and similar examples of the same genre such as (yes, you guessed it) Overwatch. Where the latter presents its charm and overall vibes through the characters introduced in it, their background, and how they differ from each other in personality, you don’t have the chance to see that here. Since the characters here are just mobile suits with pilots only occasionally showing up in voice-over lines, you can’t connect with them unless you’re already a fan of the multiple Gundam anime series. The mission maps are also oddly scaled military bases where you will see cars the size of a dog and street lights high as your knees, but while that can be hilarious a few times, it quickly lands on you how dull, colorless, and boring they are.

The shooting and movement feel janky, not exactly imprecise or slow, just unremarkably average, and the several gadgets tied to your Gundam of choice succeed to keep the fun going and bring variety during the combat way more than the main firearms that you can use. However, this is not to say that all the Gundams are just copies of the same character. The differences between Mobile Suits that can transform into airships, heal teammates, or install land mines or turrets, exist to make them fulfill a role. Or that’s what I would expect, if the game had actual, defined roles. 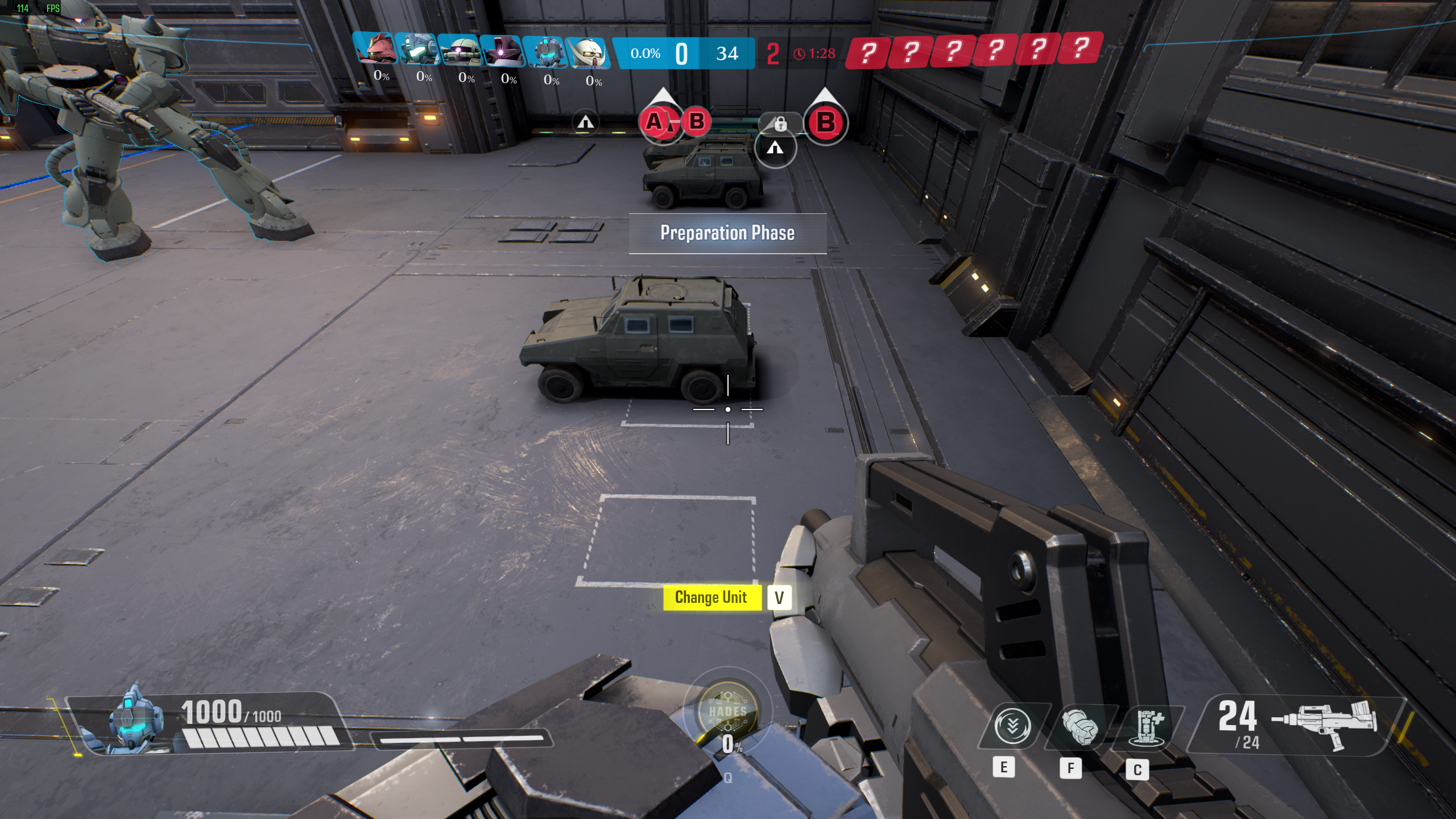 Look, I get it. Bandai wanted you to choose fashion over function, I’m all for playing for the vibes, and focusing on playing with your favorite mecha does sound like the right move, in theory. But in the game’s current shape, you can’t make the right call when you try to form an efficient party, as a consequence of the lack of categorization among the many playable characters. There are a lot of situations where the lack of balance in the team is just too much, and you end up having to get back at the base or getting yourself killed so you can quickly change for a better-suited unit, and that’s just slow and vexing.

Ultimately, Gundam Evolution fulfills the promise of letting you impersonate one of the many Mobile Suits that have been showcased across the decades, and fans of the beloved series will have the time of their lives, at least for a bit. But in doing so, it just presents another attempt to emulate the Overwatch formula that doesn’t quite hit the mark.