I never really got Kingdom Hearts – a bunch of cheap ‘00s tie-in games smushed together with a Final Fantasy protagonist hamfisted into the center? It sounded messy. And when I booted it up for the first time last week, it felt messy. I was ready to pack it in with Tarzan’s world and its vine-swinging that gave me a migraine. But I’m glad I didn’t, because I finally get it. It’s an abstruse excuse to mash Disney together, but it’s also a celebration of our favourite movies, and getting to explore Halloween Town made me light up much like when I first saw it as a kid.

So far in my crossover adventure, I’ve ventured into the world of Aladdin and palled around with Genie in a very bland and flat version of Agrabah, duked it out in Hercules’ colosseum which felt like a VR tech demo, and wasted time in Wonderland as a miniature version of our spiky-haired hero. When I first entered Halloween Town, it felt like it belonged in a completely different game – it gave Goofy, Sora, and Donald Duck a Nightmare Before Christmas makeover (with Sora getting eyeshadow and fangs), featured a backing track inspired by This is Halloween, and let you explore Oogie Boogie’s mansion. What’s more, it had its own plot, rather than awkwardly shoving you into an existing storyline where you didn’t belong.

In other worlds, the heartless are a plague that frightens everyone into hiding, but Halloween Town sees Jack Skellington use them as a spooky decoration. It backfires when he tries to create a heart for them so he can convince them to take part in the coming celebrations as they spring to life and start attacking everyone in sight. That’s where we come in, driving back the heartless, stopping Oogie Boogie, and saving Halloween Town from yet another crisis. Rather than stepping into the movie and barrelling through the plot points in less than an hour, stripping away all charm, depth, and interest, we get to go on a new adventure with familiar faces in a familiar setting. I’ve no idea what Kingdom Hearts 2 and 3 are like, but Halloween Town has set the bar high. 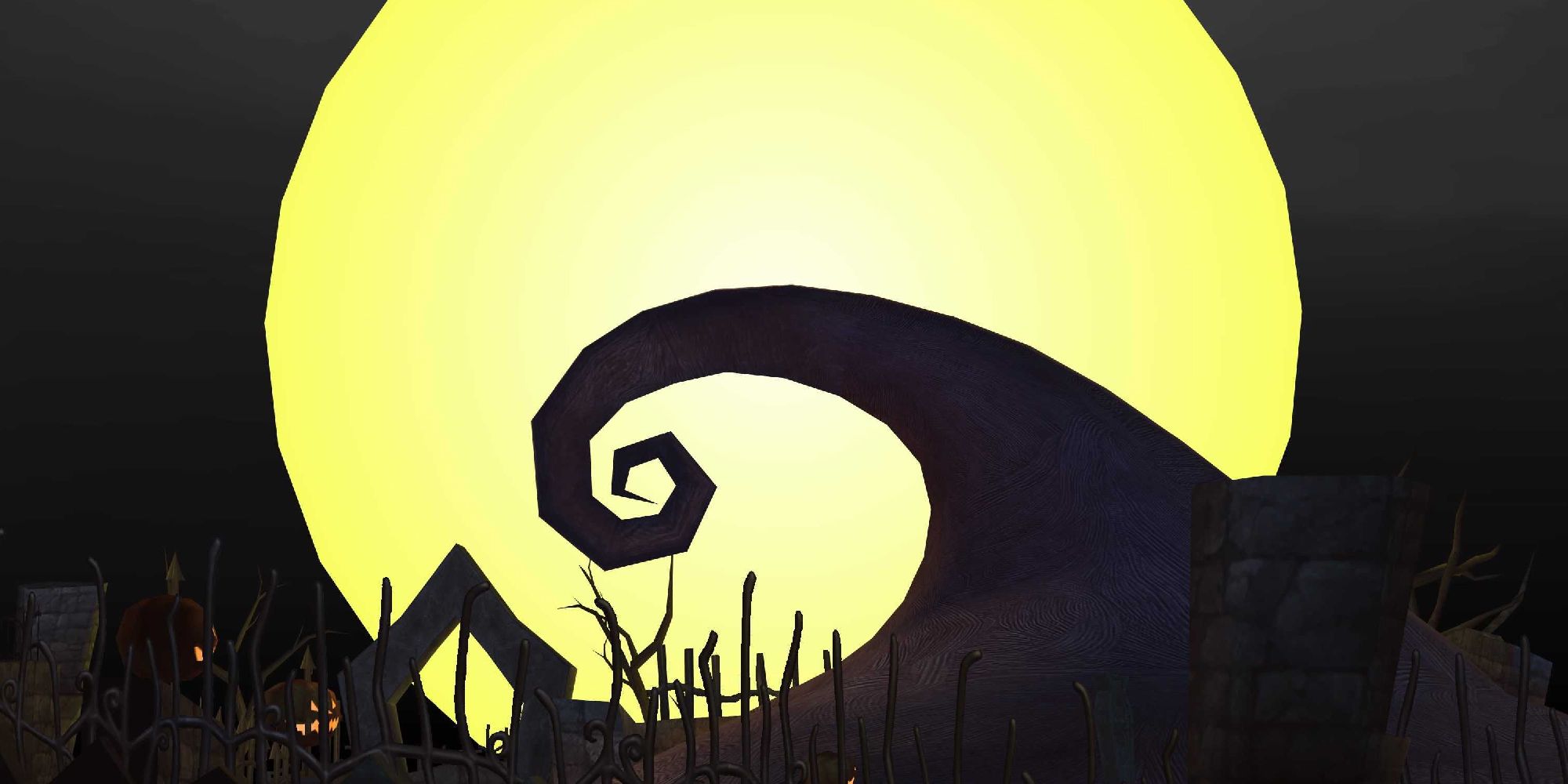 Other levels feel hollow, empty, uninviting, and uninteresting to explore. Kingdom Hearts does little to point you in the right direction, with openable doors looking exactly the same as locked or unusable ones, while you’re often pushed to backtrack across poorly laid out levels that do little to distinguish areas from one another. Olympus Coliseum is one of the more fun early game levels, simply because it only has two rooms – it’s a nice breather from the headache-inducing mazes found elsewhere. Halloween Town also takes a different approach. There’s a central hub, the town square that splinters off into the cemetery, the laboratory, and the mayor’s house.

Jack, or someone else, will tell you which of these paths to take – it’s simple, rather than the chaos of running into every single door on a messy pirate ship, trying to figure out which one will let you through. There’s still a lot of meaningless backtracking that doesn’t offer any reason for its own existence, like having new items or abilities open up new paths, but everything is so tightly bound together that it’s less of a nuisance to explore. 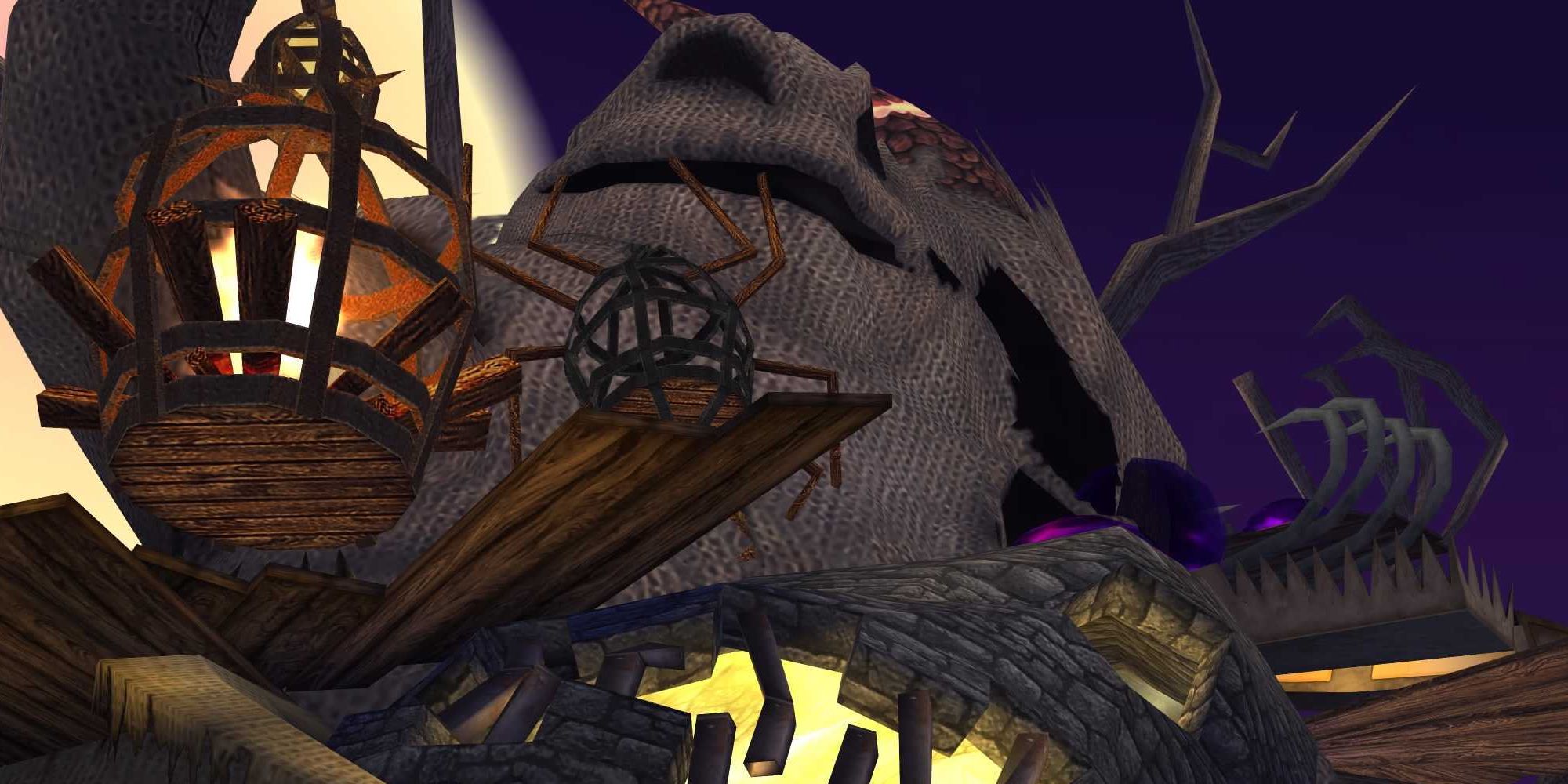 Sora, Goofy, and Donald Duck getting a unique makeover every level would have been a treat, especially as it ties the worlds of Final Fantasy and Disney together more than simply shoving them together like a kid with too many action figures. But I’m happy enough that Halloween Town did, because seeing Sora fighting side-by-side with Jack, wearing eyeshadow and wielding a skeletal-keyblade, made this trip to Nightmare Before Christmas like stepping right into the film itself.

I’m excited to see how else this series experiments with such contrasting characters, finding neat ways to bring them together and make it all feel cohesive and earned. That, and I can’t wait to dive into my favourite movies – it’s a shame Monsters Inc. is two games away.