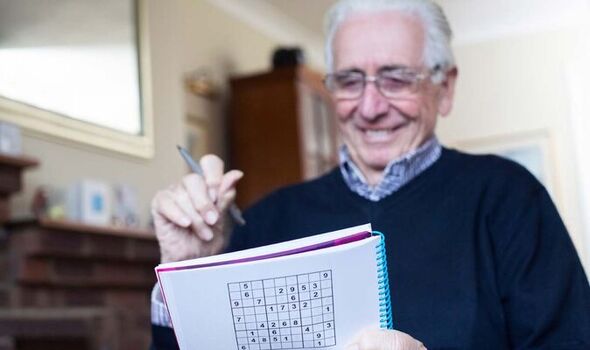 Sudoku players that have been left scratching their heads at the latest puzzle they’re trying need to know a handy and helpful trick. Sudoku experts have revealed a number of secrets about the maths-based challenge that will help you solve any challenge. And one of these secret tricks sudoku players need to know about is the Phistomefel Ring method.

Basically, this is the observation that the 16 digits in the four by four corner regions of any sudoku puzzle will have the same numbers as the 16 cells that wrap around the three by three grid in the centre.

This means if you’ve managed to figure out some of the numbers in the corner of each puzzle, but are struggling to figure out combinations towards the centre this method can help.

However, it’s important to bear in mind that even though the numbers in the corners are the same as those towards the centre, it won’t help figuring out which digits go in what particular space on a grid.

This sudoku technique was highlighted by both the Cracking The Crytpic YouTube channel as well as the Mastering Sudoku website.

Explaining how this can help you solve a sudoku puzzle, the Mastering Sudoku website said: “The Phistomofel Ring is not just an interesting example of set theory, but can also be used as a solving technique to help you crack puzzles.

“For example, you can think of this as an additional constraint to the usual constraints of Sudoku.

“So if, for instance, you have solved all 16 cells of one of the particular regions, you immediately know what digits appear in the other region and how often they appear.”

If you’re just getting into sudoku, then here are a few of the basic rules to get you started on your first ever puzzle…

– The sum of every single row, column and nonet must be 45