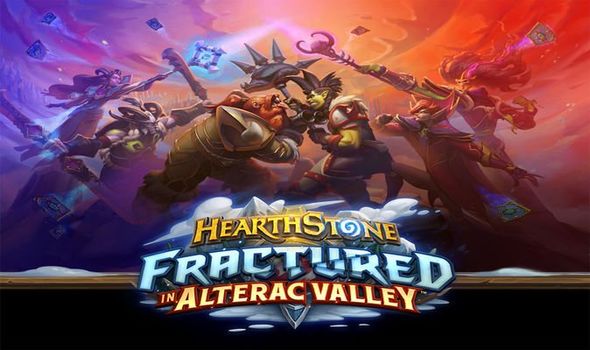 The Hearthstone Alterac Valley release date has been announced today by Blizzard, who are building towards an expanded storyline based around the Horde and the Alliance.

According to the official description, the two factions are locked in eternal battle and have put out a call for new Heroes and Mercenaries to help turn the tide.

Blizzard is teasing that gamers will be taking key Objectives and securing Honorable Kills to help their faction claim victory, with much of this playing out in the newly added Mercenaries mode.

There will also be the usual card expansion, with Blizzard adding another 137 cards to the game while also ushering in Phase 3 of the Year of the Gryphon on December 7:

“Phase 3 is on track to include a Battlegrounds update, a seasonal event, and more solo experiences. We will also continue to bring updates to Traditional Hearthstone, Duels, Mercenaries, Tavern Brawls, and Solo Experiences,” a message from Blizzard confirms.

“Epic battles are defined by great leaders. Log in to Hearthstone after the 21.8 patch goes live and you will be prompted to choose between the Horde’s Drek’Thar and the Alliance’s Vanndar Stormpike, two neutral Legendary cards from the Fractured in Alterac Valley expansion.

“By choosing your side, you will choose one of the two to receive a Golden copy for free, available to play immediately! Limit one per account.

“This is a weighty choice that should not be made lightly! After the expansion launches, you will fight for your faction in order to earn prizes and the ultimate honor of your faction’s legendary being a free Diamond card for the set! But don’t fret, part of the post-expansion journey will include you getting a Golden copy of the enemy faction’s leader, too.”

And listed below are some of the new gameplay mechanics and features that have been confirmed as part of the expansion releasing on December 7:

Heroes of the Alliance and Horde

After clearing the Barrens, the Wailing Caverns, Stormwind, and the Deadmines, our mercenaries are max level and ready to lead their faction to victory! Each class will have a new Hero Card with powerful Battlecries and Hero Powers that can shape the course of battle!

Despite the bitter hostilities between the factions, remember to fight with honor! Cards with the new Honorable Kill keyword have a bonus effect if they deal exact lethal damage to kill an enemy minion on your turn.

Never fall back! Alterac Valley is full of strategic Objectives that you can claim and use to your benefit in battle. Objectives are spells with effects that last for three turns! Press your advantage while you still have it, and swing the fight in your favor.