Following intense competition over the weekend with that start of Grandmasters Season 1, Hearthstone will see several much-needed nerfs to Paladin, Mage, Rogue, and Neutral cards. Without a doubt, these changes are absolutely necessary, and it will be great to see other classes have a chance at establishing themselves in a new meta, though there is always the possibility that the following changes fall short.

Up first is the popular Deck of Lunacy, which will retain its card text, but with a new mana cost of 4, up from 2. The accompanying developer commentary describes how the goal remains to create an experience that is “wacky, over-the-top”, but now without the ability to create unbeatable board stated as early as turn 2. In theory, this should help tone down the ridiculous power spike of the Mage class in the early game, and that should be enough to give other classes a moment to breath and establish their own game plans. 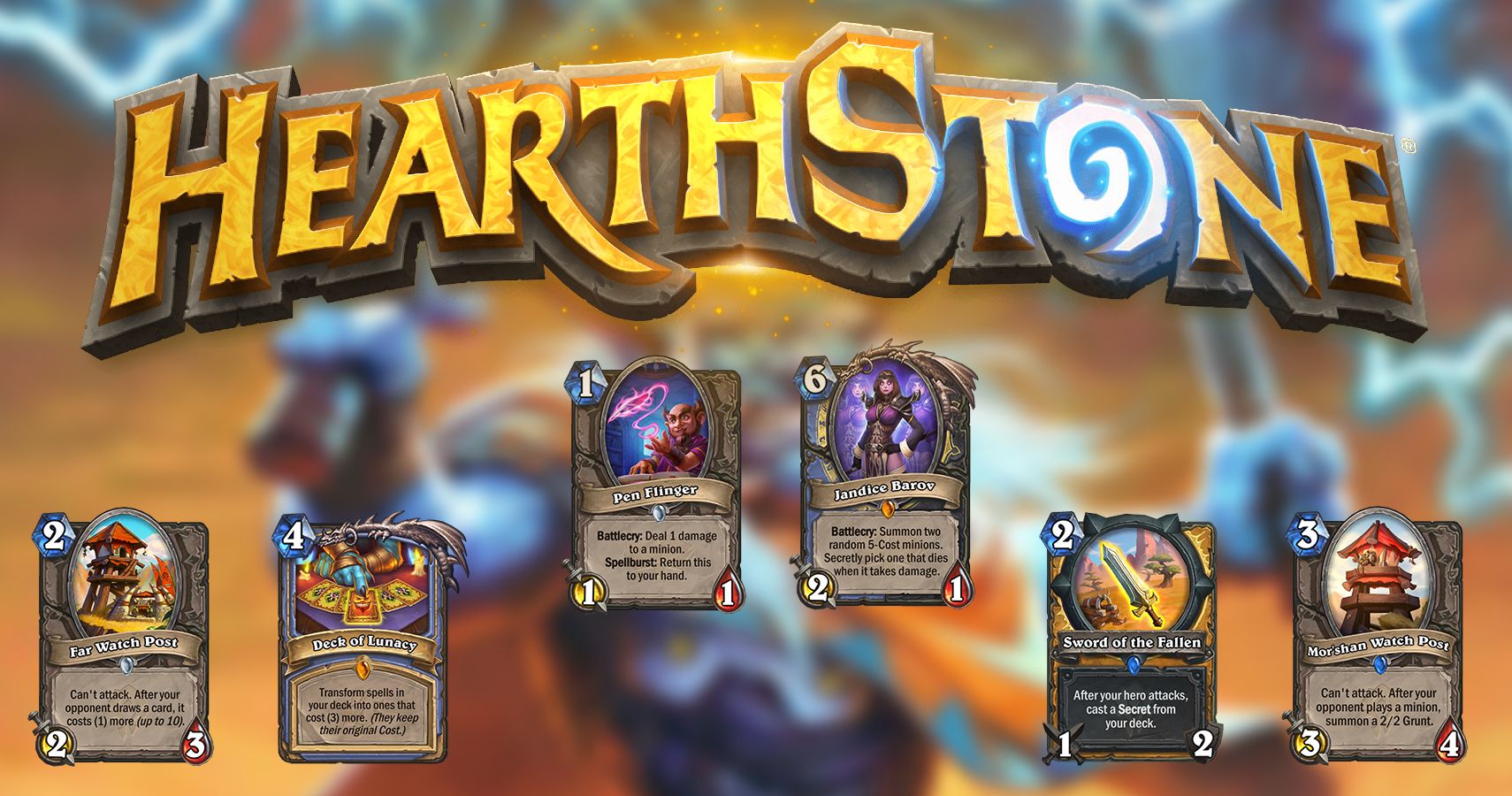 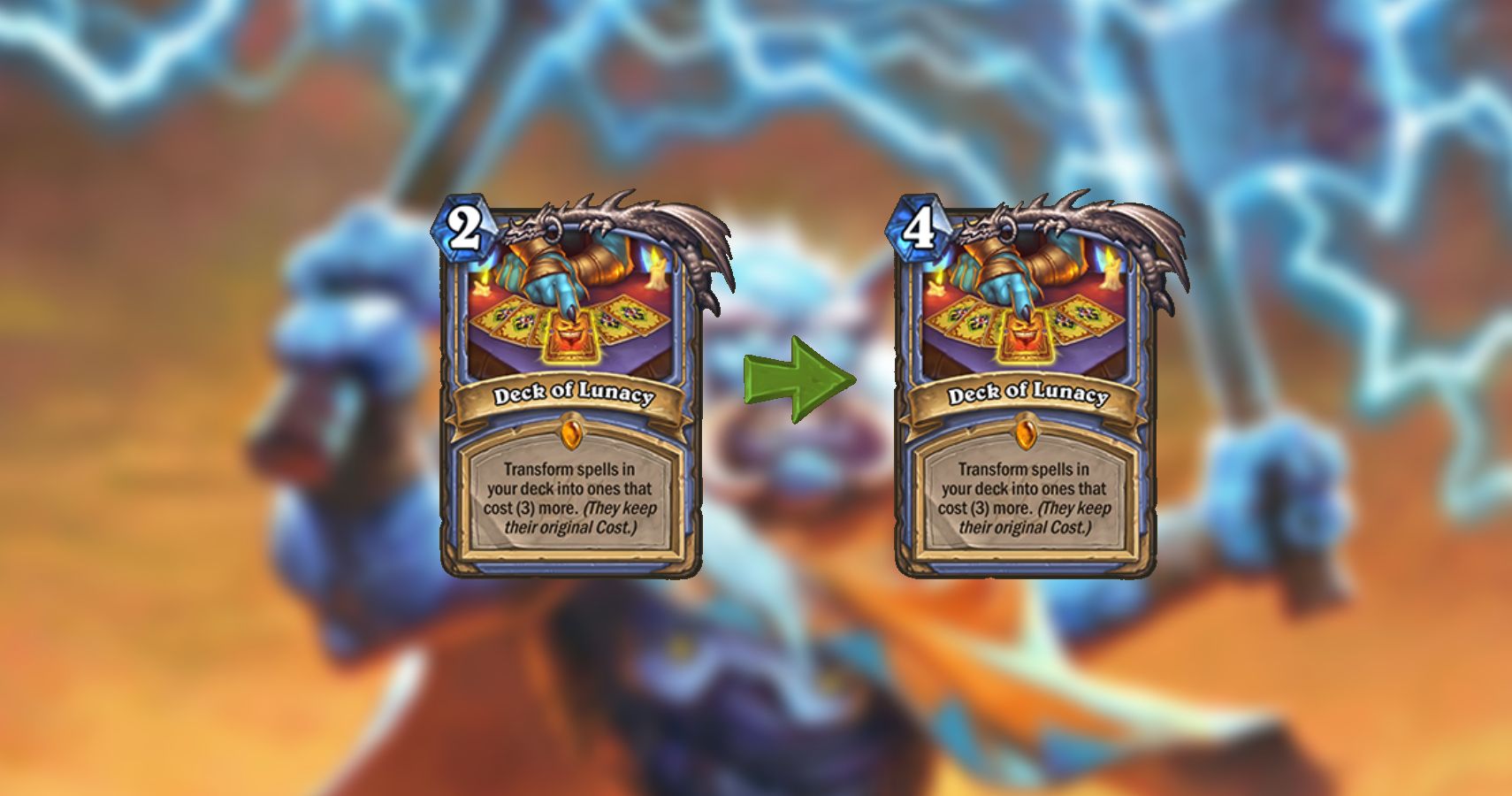 Jandice Barov is the next card to receive a nerf, and this too is a nice change to see towards helping tone down the power level of certain Rogue decks. The card text also remains unchanged here, but the mana cost is now 6, up from 5. According to the developers, the pool of possible minions from which to pull for the effect of the card has become quite strong following the recent rotation, and 6 mana is a more appropriate cost for the total stat output the card provides.

Up next is Sword the Fallen, which will lose a single point of durability and as a result will pull one less secret from the Paladin’s deck. This nerf should have a large impact, as the card will now have less removal potential, less card cycle of and mana cheating of Secrets, and more opportunity for counterplay. 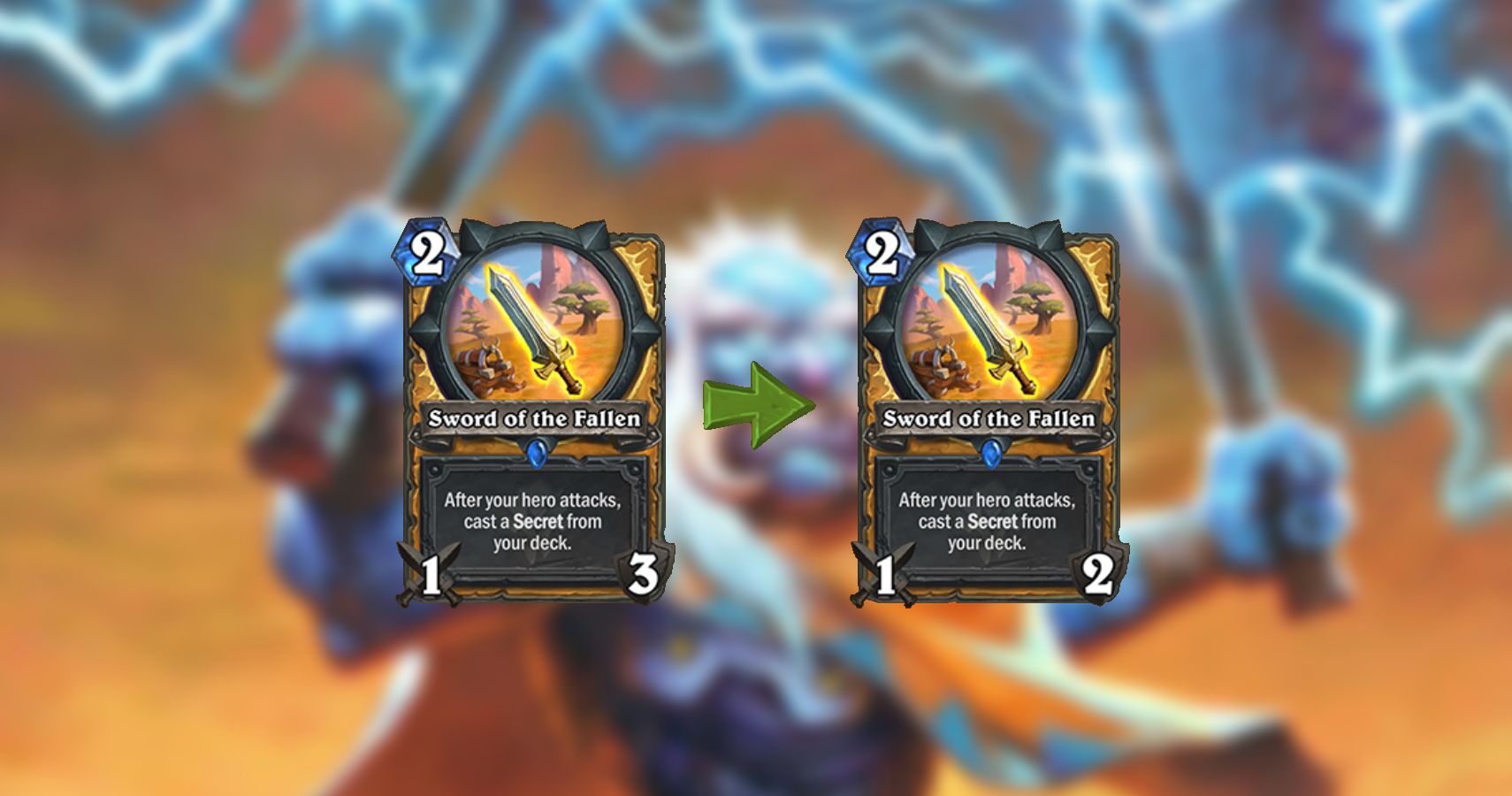 Three Neutral cards are also seeing nerfs, and these are more than welcome. Pen Flinger remains almost identical but can now only target minions. Gone are the days of ticking away at an opponent’s health directly, though the card still looks to be an effective means of controlling the board in the early game. More importantly, there is a massive question now regarding how this nerf will affect Darkglare Warlock in Wild mode. Right now, Pen Flinger is an excellent way to damage your own face to activate the mana reduction requirements of Flesh and Molten Giants early in a match. Warlock as a class has plenty of ways to hurt itself, but this was one of the best, and the nerf is sure to put a strain on its dominance in Wild. 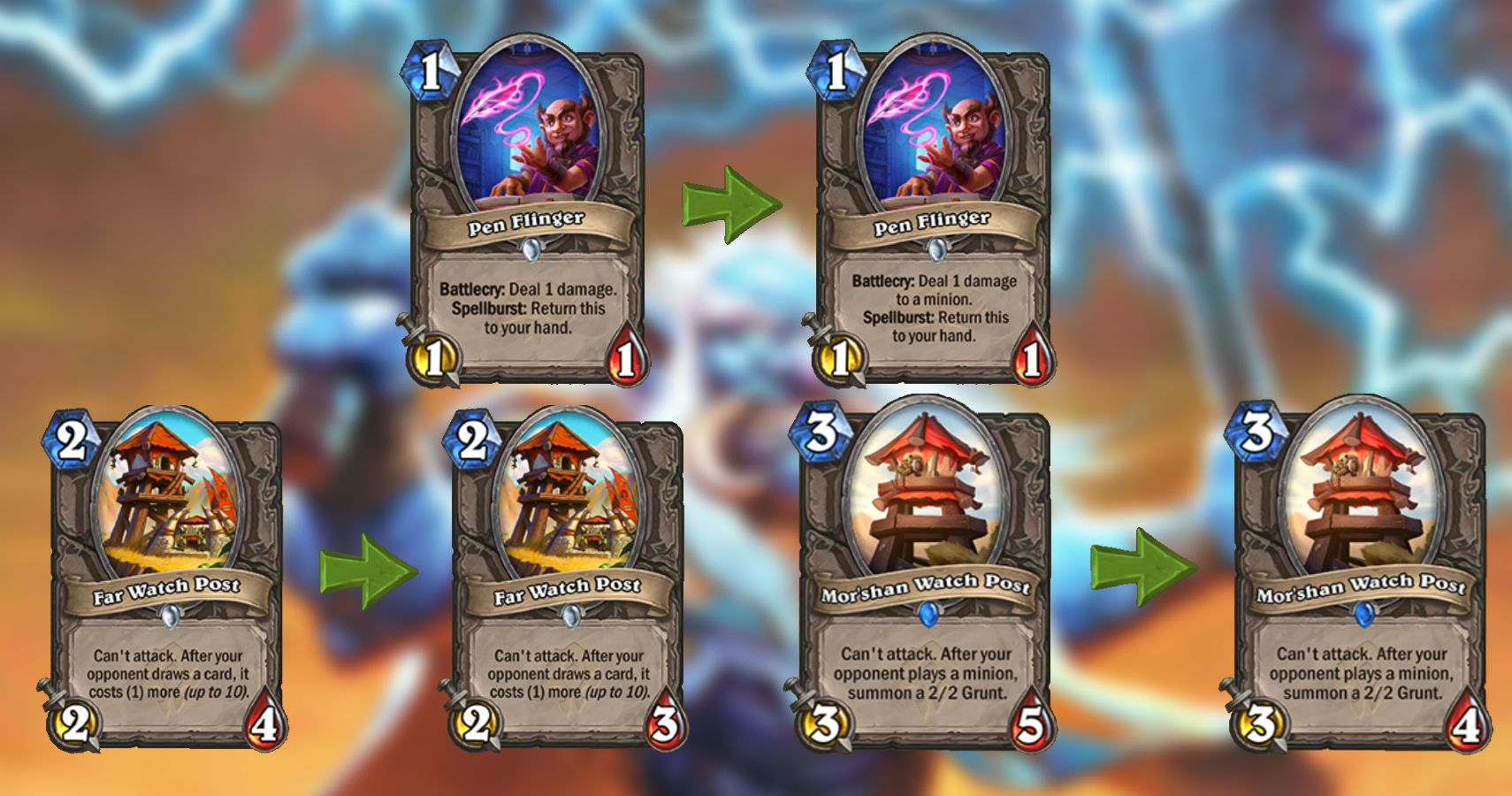 Finally, we come to Far Watch and Mor’shan Watch Post. Both cards hit the ground running with the new expansion, and unfortunately, they were simply too effective in almost any deck, and their high health provided unmatched disruption early on. Their core effects will go unchanged, but both will lose a single point of health, making it easier for you to remove them, rather than be stuck with a persistent pair of problematic effects turn after turn.

Hearthstone is expected to make these changes on April 13.

Next: Behaviour Is Beefing Up Dead By Daylight’s K-pop Killer