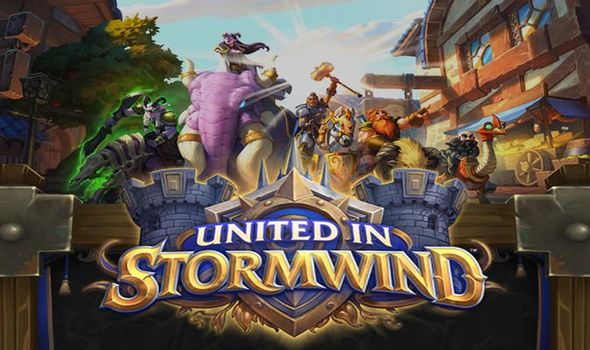 United in Stormwind is the next major Hearthstone expansion to arrive on Android, iOS and PC, offering fans a chance at building new decks, unlocking fresh cards and unleashing new keywords.

That’s according to Blizzard, who have also unveiled which new Diamond Cards will be coming to the game this week.

According to the latest update from the development team, Varian, King of Stormwind, and Archbishop Benedictus will get the Diamond treatment in United in Stormwind.

The unlock criteria for those cards will include owning Tavern Pass for the Varian Diamond Card and completing the Legendary Collector 5/5 Achievement for the Archbishop.

It should also be noted that the Forged in the Barrens Tavern Pass will expire with the launch of United in Stormwind, and a new Tavern Pass will be made available for purchase offering new XP jumps and items like mentioned above.

Coming hot off the heels of Forged in the Barrens, Scholomance Academy and Madness at the Darkmoon Faire, players can look forward to unlocking 135 new cards, fresh Keywords and Questlines.

United in Stormwind is the second phase in the Year of the Gryphon, with the first introducing the new Hearthstone Core Set.

Phase 2 will focus on introducing changes to Battlegrounds like the new cosmetics range, and a minion type refresh.

Mercenaries will also launch during Phase 2 of the Year of the Gyphon, with another mini-set being planned during the Stormwind run that will add more cards.

The Hearthstone United in Stormwind release date has been set for Tuesday, August 3, 2021.

Launch times will differ depending on your playable region, with some gamers having to wait longer than others.

Platforms can also affect when you will receive the new Hearthstone update and some fans might have to wait until August 4 before they can unlock all the new content.

The Hearthstone United Stormwind release time is expected to roll out across platforms starting at around 10am PT, on August 3, 2021.

For gamers in the UK, this would mean the next Hearthstone expansion going live at 6pm GMT, although delays are possible.

And it should be noted that while this is the expected launch schedule, Blizzard hasn’t shared a full guide on their plans yet, meaning things could shake out a little differently.

More game changes included in the release of the United in Stormwind Hearthstone expansion can be found below:

Shopkeepers, bakers, and merchants come to Stormwind to peddle their wares while adventurers come to trade away their extra loot. Cards with the new Tradeable keyword can be played like normal, or for the low cost of 1 Mana, swapped with a different card in your deck!

An adventure is only as good as the quests you take along the way. All 10 classes will have access to a Questline that highlights the journey of their class’s Mercenary through Stormwind. Questlines are Legendary spells that start in your hand and have three tiers of progression. Get a reward after you complete each step of the Questline, culminating in a powerful Legendary mercenary minion!

You’ve grown a lot in the Barrens, and it’s time to level up. Pick up a mount to aid you in battle—and even keep fighting after you’re gone! Or maybe you can learn a new skill while you’re in town. Profession tools are weapons that have special effects instead of attack values. Gather the crafting reagents to get an awesome effect.