Hearthstone: What Is Colossal?

Hearthstone has always had larger-than-life characters leading the charge. Even from the game’s humble beginnings, monsters like King Krush and King Mukla were imposing minions that were clearly meant to be seen as large. As the game progressed bigger monsters turned up, but things took a turn for the enormous with the introduction of ‘Voyage Of The Sunken City'.

This expansion introduced the world to the Colossal mechanic, which brought the truly monstrous creatures in Warcraft's bestiary to life. Colossal is easily one of the most interesting mechanics to come with Voyage, and there is an awful lot to gush about. Let's dive right in. 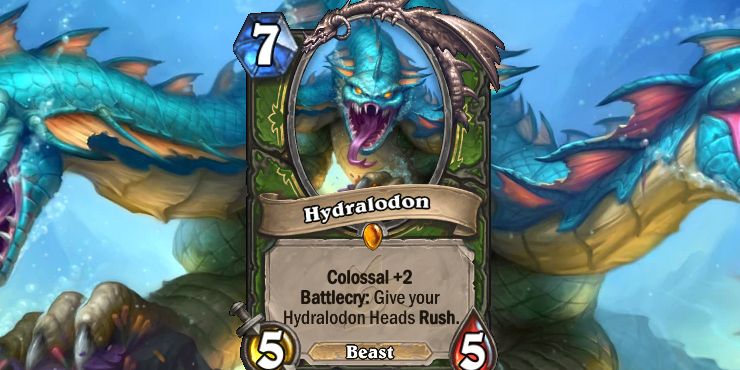 Colossal is essentially the summoning of multiple minions that represent one larger being. Your Colossal value (represented by +1, +2 etc.) determines how many additional ‘appendages’ that minion has. For example, Hydralodon is Colossal +2. You summon the Hydralodon minion, and then also gain two Hyrdalodon Heads that are completely independent of Hydrolodon.

The mechanic is very simple in practice, but there is some nuance to its application in practice.

Colossal works mostly like a regular summon with extra bits thrown in to make things a bit more convoluted. Firstly, Colossal minions are summoned Appendage first, and then any additional effects from the Colossal minion will take place.

Secondly, Colossal minions are unable to be randomly summoned – at all. This includes powerful spell cards like Evolve. They simply are not in the pool of available transformations.

You may have noticed that every appendage of a Colossal minion is uniquely different. This is purely cosmetic, and the card text is always the same across all appendages.

Finally, Colossal minions can be killed like any other creature, and the death of the main minion will not result in the death of its appendages – they are fully independent minions that will continue to fight until they are defeated too.

The Best Way To Use Colossal 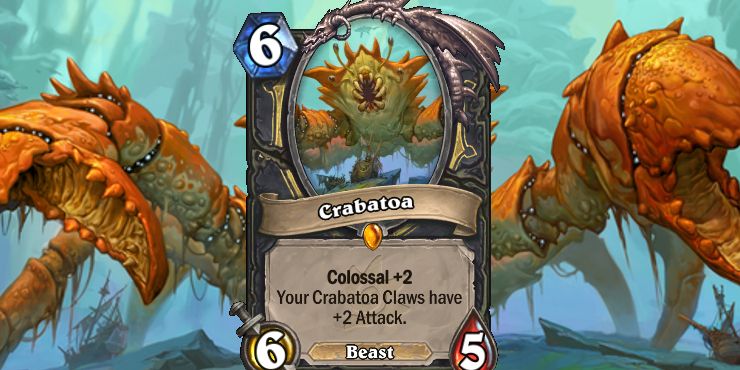 Colossal minions are exclusively powerful, expensive cards. They have decent stats across the board, and their ability to bring up to six additional minions (in the case of Ozumat) is more than enough to gain some form of board control. You play a Colossal minion, and the game will certainly start to shift towards your favour – especially when you are using some of the best minions. The aforementioned Hydralodon is one such game changer.

Colossal minions also interact with a few other cards that mostly aid in the drawing or creation of Colossal cards. These cards are excellent for pulling these monstrous beasts into your hand, and if you are running Colossals, you should consider making room for some of these powerful combo cards too. 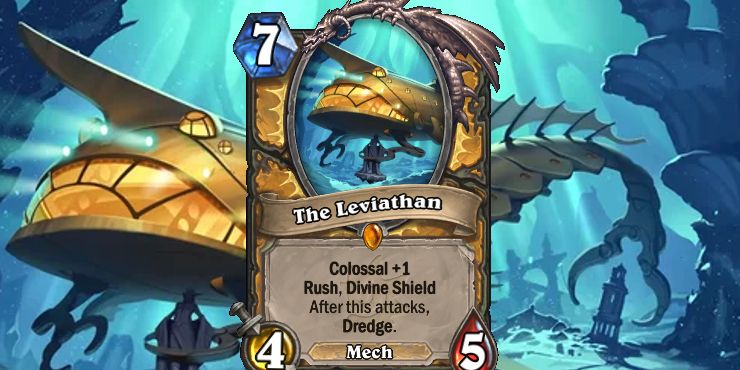 The biggest downside to Colossal cards is their cost. They range anywhere from 6 to 10 Mana a pop. This can make them rather slow to play. Not to mention the Appendages tend to be on the weaker side of things, making them very susceptible to AOE removal.

Not only that, they don’t really offer much protection despite their size. In fact, only two Colossal cards in the entire game have access to Taunt – and not all of them have the ability to interact the turn they are played. Even the ones that do are mostly limited to Rush (which is a pretty good ability in all honesty). This makes Colossal cards a serious investment that can not always pay off depending on which one you bring to the table.

Finally, if you have a full board already, you can’t really play Colossal minions. Well, you CAN, but you lose out on some value if you can’t fit them all on the board. This is more of an issue with cards like Ozumat or Xhilag Of The Abyss, but even ‘smaller’ Colossals, like Hydralodon, can suffer from this due to their unique mechanics. In fact, some of these Colossals can over-flood your board making it harder to get out more powerful/impactful minions.