Hiber has raised $2.25 million in a second round of seed funding for its web platform that makes it easy to create user-generated games. The company says it is at the intersection of connected devices, AI, and creator-focused entertainment.

The Gothenberg, Sweden-based company has quietly amassed more than 300,000 games from 250,000 monthly active users for its HiberWorld platform. Those players are creating 3D games without the need to learn any coding. The company says it is enabling users to create and express themselves through bite-sized games and is giving a generation a new way to communicate. The social nature of the games puts it somewhere akin to Snapchat or TikTok, with people expressing themselves with what they create.

“We were coming out at the worst possible time you could,” Hiber CEO Michael Yngfors said in an interview with GamesBeat. “We started outreach when COVID-19 hit the world in March. But users have been coming to express themselves and hang out with other friends. So our metrics went through the roof.”

Hiber isn’t anywhere near as large as Minecraft or Roblox, which are popular user-generated game worlds with users in the hundreds of millions. But the founders believe they have an edge in simplicity, as you can share the games on a web link instantly and build them without big teams of programmers. Also, Roblox doesn’t yet let you create games while on mobile devices. 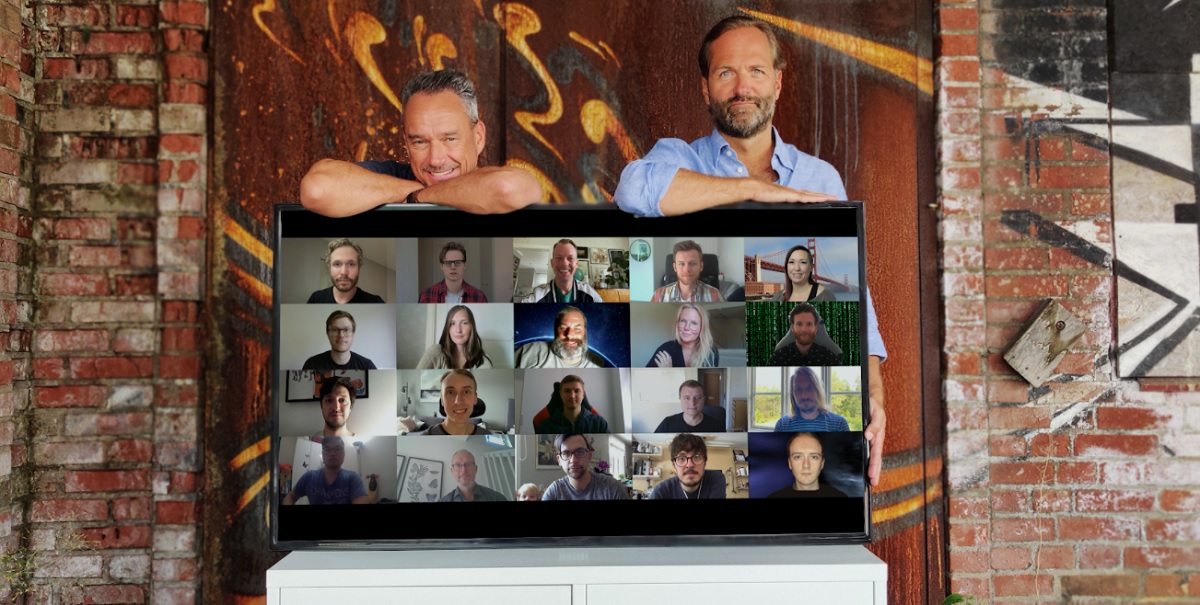 Above: Mattias Johansson (left) and Michael Yngfors of Hiber

“The vast majority of our users are on mobile devices, so they can go straight in and within a few seconds they can start creating their first level,” Yngfors said. “We’re not actively marketing the platform yet. We’re flying under the radar.”

The company started in 2017, but the users have been making games only since January. During lockdown, the growth rate has accelerated, as influencers are creating their own games and sharing with their followers.

The game subjects range from traditional game content, to memorials, personal messages, challenges, and other content, all expressed through games. You can create games on the PC or using apps on iOS and Android. And Hiber can target markets with very low bandwidth or low-end computer hardware. 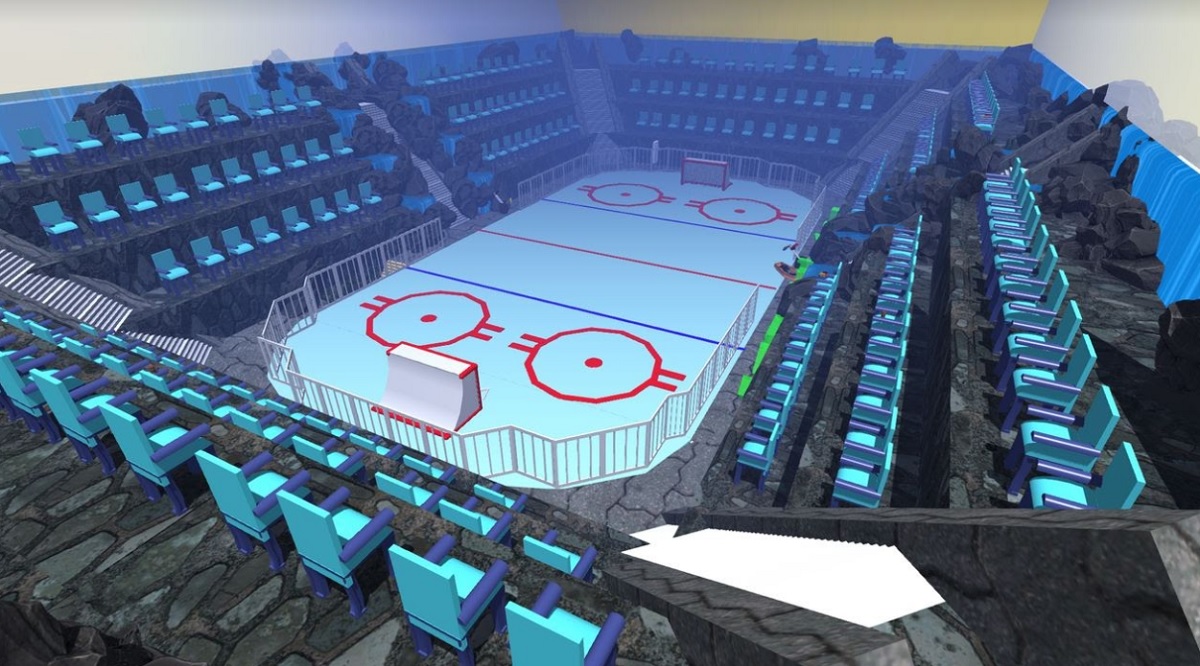 Above: One of the games created in HiberWorld.

With the proliferation of HTML5, WebGL, PWA, and WebAssembly, and growing storage capabilities attached to browsers, the core technology to develop and launch HiberWorld has been in place and evolving for a couple of years.

The company has pulled it all together in a proprietary solution that allows creators to choose from assets and place them in a three-dimensional space (which in this case is the browser window). Then, by saving the location of the assets and their functionality, Hiber can replay them for others on the game portal.

“We are at the forefront of what you can do on a browser,” Yngfors said. “We are using the latest tech. It lets us push the boundaries.”

Hiber has been growing rapidly since adding requested features to its platform, including multiplayer, chat with friends, player homeworlds (personal game spaces), playgrounds (public play spaces), and the ability to play and create your own shooter game. Engagement and retention are up exponentially over the past couple of months. One of the most popular games now is Castle in the Clouds.

Above: Creating games requires no coding skills in Hiber.

Sybo CEO Mathias Gredal Nørvig has joined Hiber’s board of directors. He said in a statement that he feels like Hiber could help change the way a generation communicates through games. Yngfors said the platform is free for now, but the company would introduce monetization next year. Yngfors said the name Hiber is a reference to the Latin root of hibernation, or dreaming.

Yngfors has more than 20 years of digital media and entertainment experience. He previously worked for Sony Interactive Entertainment Europe and has managed teams at advertising agencies and tech firms since the late-90s. His cofounder Johansson, chief creative officer, has developed front-end and creative technology solutions related to graphics and entertainment for two decades. He has strong experience in ad-tech including time as a senior front-end developer and digital creative at LBi, now Publicis Sapient.

The company has 25 employees. To date, the company has raised more than $3 million in two rounds. Yngfors said he doesn’t see much direct competition, beyond the giants like Roblox.

“I don’t see anyone who is really neck and neck with us,” said Yngfors.