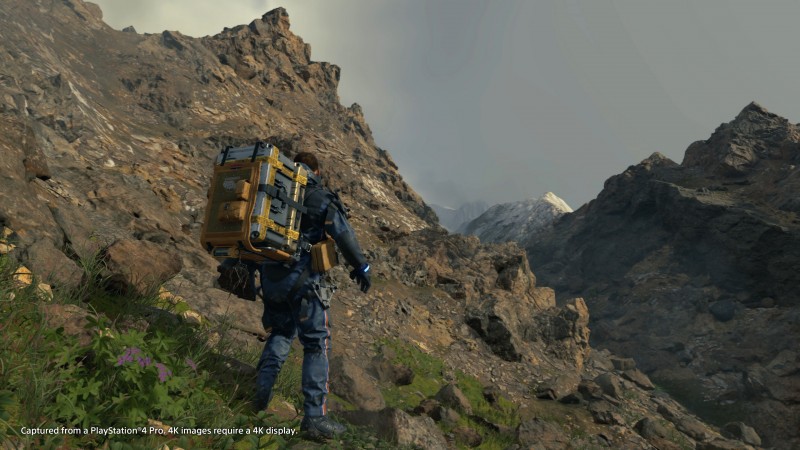 Today at the Tribeca Film Festival, Hideo Kojima, Norman Reedus, and Geoff Keighley were on site to hold a panel talking about their merger of traditional film and video game design, Death Stranding. The upcoming PlayStation 4 exclusive (though maybe PlayStation 5 as well) is often a showpiece for Sony at trade shows, but not a lot of information has actually gotten out there about the game. At the panel today, Kojima spoke a little more about the game.

According to an attendee at the panel today on the video game forum ResetEra, Kojima emphasized the game’s theme of connection. While you’re playing in solitude, connecting to the environment and the world and the characters are all crucially important. He also wants players to connect the game to their world, citing personal experiences with dating that happen in your life or European politics.

When talking about why he uses so many actors for his games, Kojima explained that using CG would achieve the same level of realism, but it would be a performance of his making that came from his mind. Experienced actors can surprise him and do things with the characters even he didn’t expect.

Finally, Kojima mentions that he hopes they can show more of the game next month, but didn’t elucidate on those details. With Sony not attending E3 this year, it seems to heavily hint that there will be some kind of show or presentation around E3 for Sony. It is also possible that, with Days Gone releasing, Sony is now moving to focus on their other titles like Death Stranding without hitching them to any particular show or event.