Hitman 3: How To Get Sniper Assassin In Chongqing

On its surface, Chongqing boasts to be the most difficult map to get the sniper assassin challenge on. Your first target, Hush, is surrounded by dozens of enforcers and a personal bodyguard. The second target, Royce, has a bodyguard and has locked herself in a secret high-tech facility. It makes the prospects of getting a shot in without being noticed feel impossible.

Yet, this map is actually the easiest of the Hitman 3 maps to accomplish this feat. It’s not immediately obvious and you go have to set yourself up for success, but when it finally comes time to squeeze the trigger, it’s satisfying, danger-free, and, if you’ve got the knack for it, you only need to fire a single bullet. 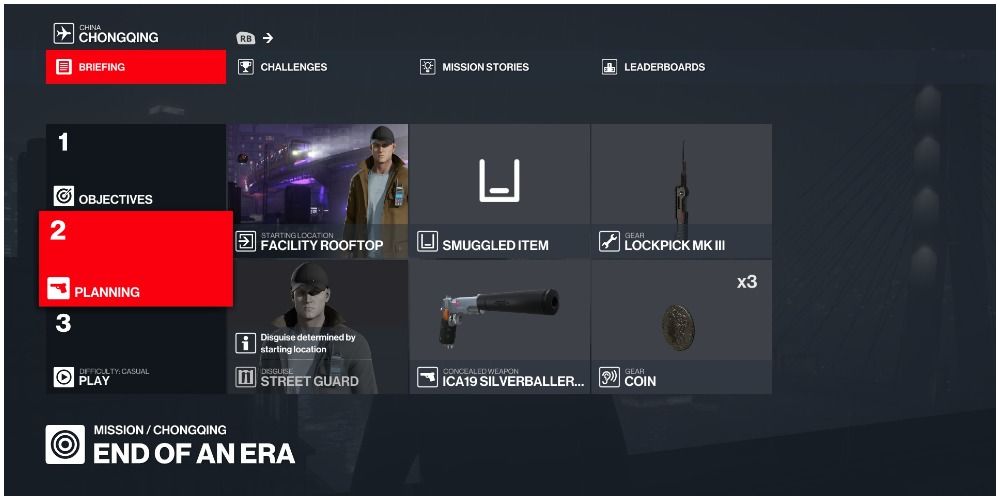 There are only two real parts of the loadout that are critical to the mission. The first is the facility rooftop starting location which will greatly reduce the difficulty of your first objective. The next is your favorite suppressed and accurate pistol, which will also be of great help during the initial objective.

You will not need a sniper rifle as there is one on the map. Even if you have a trusty favorite, the one you will pick up is, statistically speaking, the best sniper rifle in the game. The rest of the slots can be customized based on personal preference.

Shoot Down The Drones 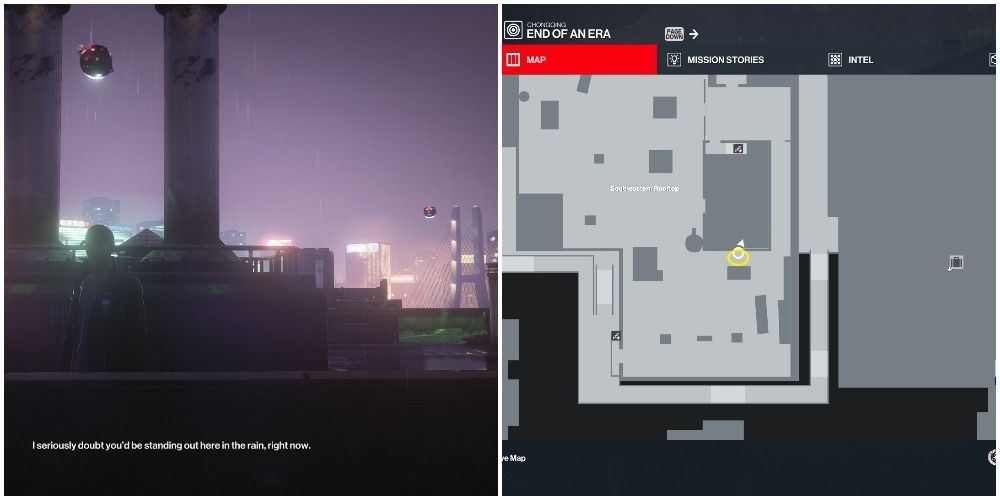 Some guides will have you shoot down the drones with the sniper rifle from afar, but it’s incredibly difficult, eats through ammo, and takes forever. Don’t put up with that, especially when it can be so much easier. If you go behind a smokestack at your starting location, you can shoot down all five drones without being seen or heard by your fellow guards on the roof. 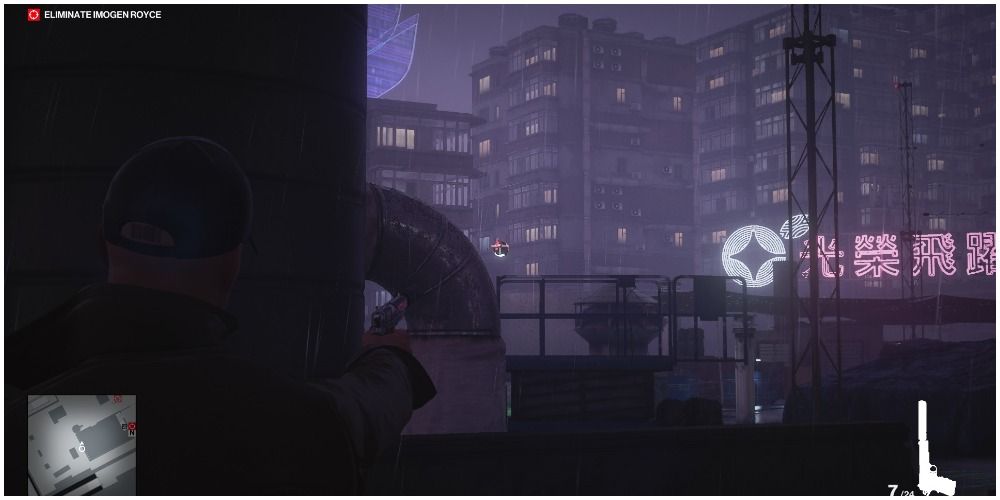 The drones will not alert anyone to your presence unless you have a weapon out, so remember to put away your gun if one is going to pass over you. 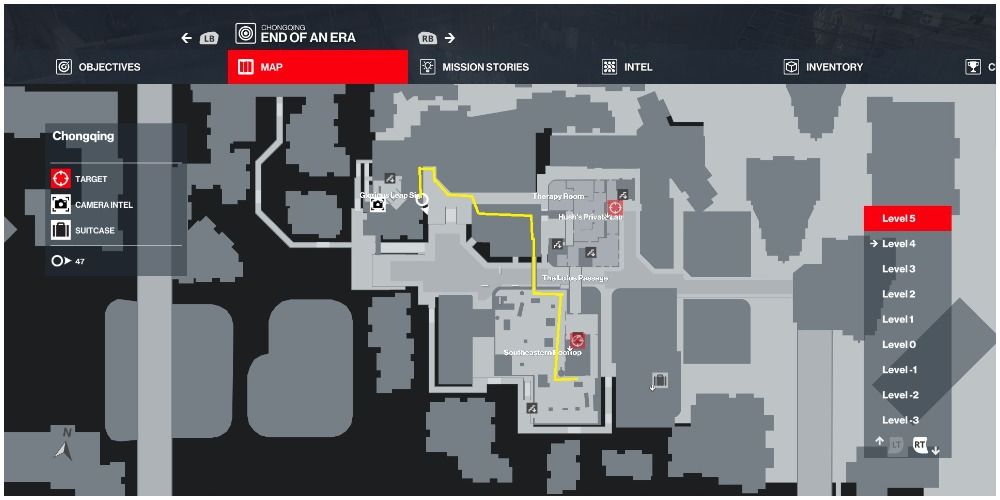 If you look at your map, you’re looking for an area called the “Glorious Leap Sign.” Make your way there across the rooftops and ignore the guards dressed in parkas; your uniform outranks theirs and they won’t be suspicious.

There is one enforcer on the final rooftop, but he’s actually scheduled to patrol away from you when you arrive. 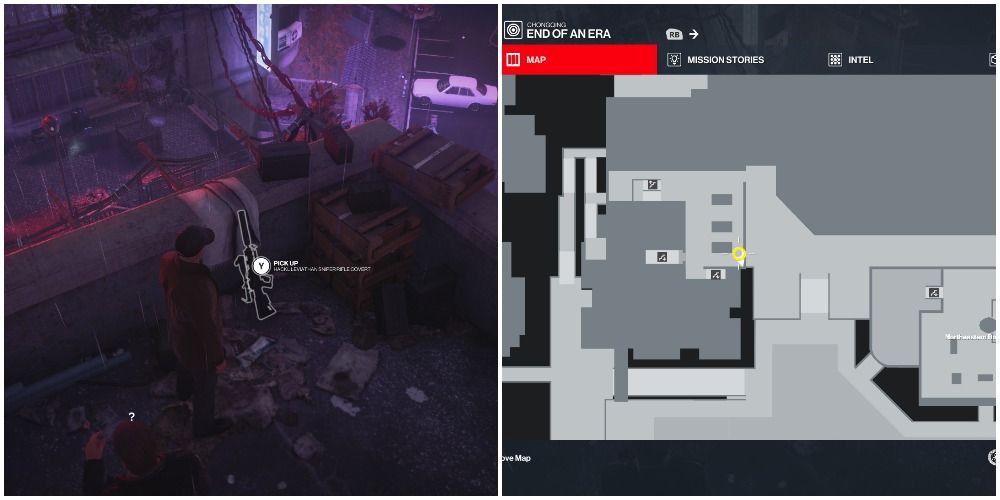 This leaves you plenty of time to pick up this beautiful sniper rifle. And, thanks again to your snazzy disguise, you don’t have to worry about hauling it all over town.

Take Out The Last Two Drones 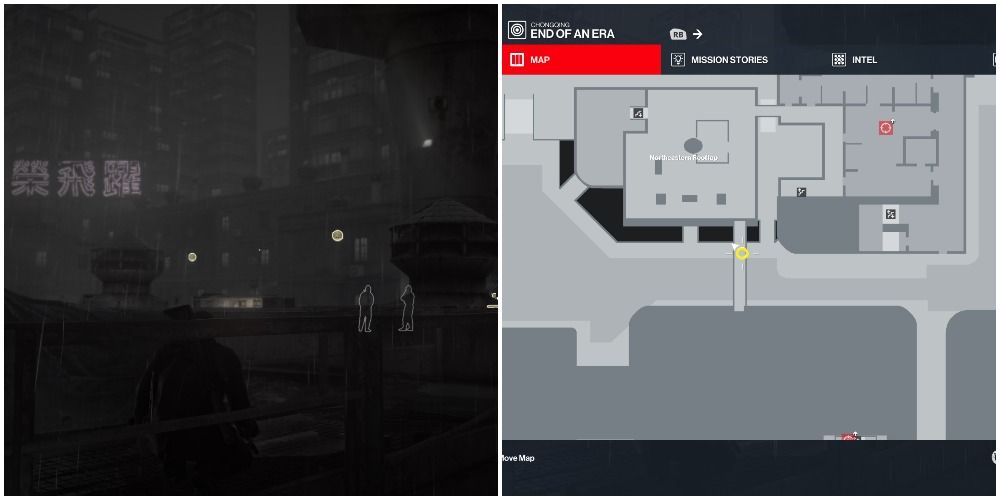 While you were grabbing the sniper rifle, Royce was launching two brand new drones. Once again, you could snipe them from afar, but that’s incredibly difficult and it wastes ammunition. Retrace your steps until you get to the makeshift bridge. 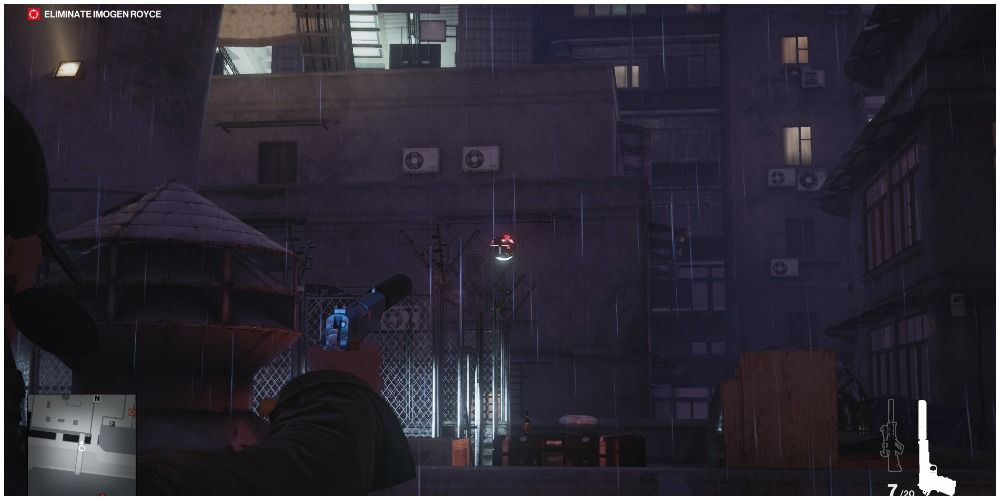 Shoot down the two drones and then head back to the Glorious Leap Sign. 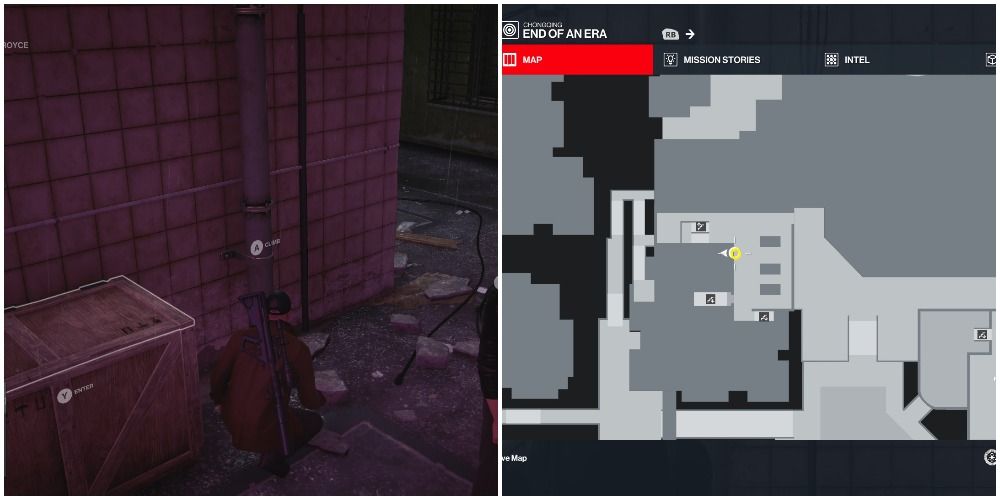 By shooting down these drones, you’ve triggered an event that will lead to Hush and Royce meeting face-to-face. If you don’t mind taking two shots, you can stay where you are. Otherwise, climb the pipe by the Glorious Leap Sign and get up to the sniper’s nest. 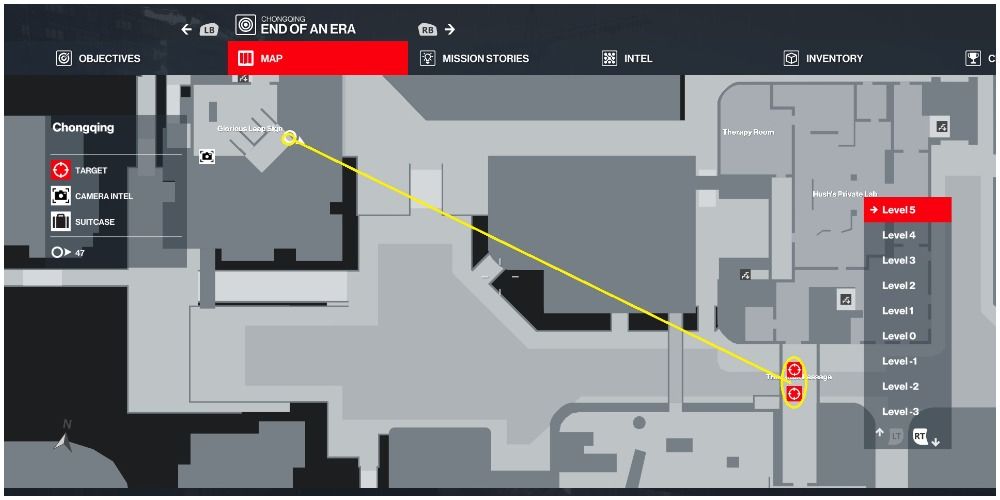 When at this location, it’s a matter of waiting for that perfect moment. At first, they argue from a distance. 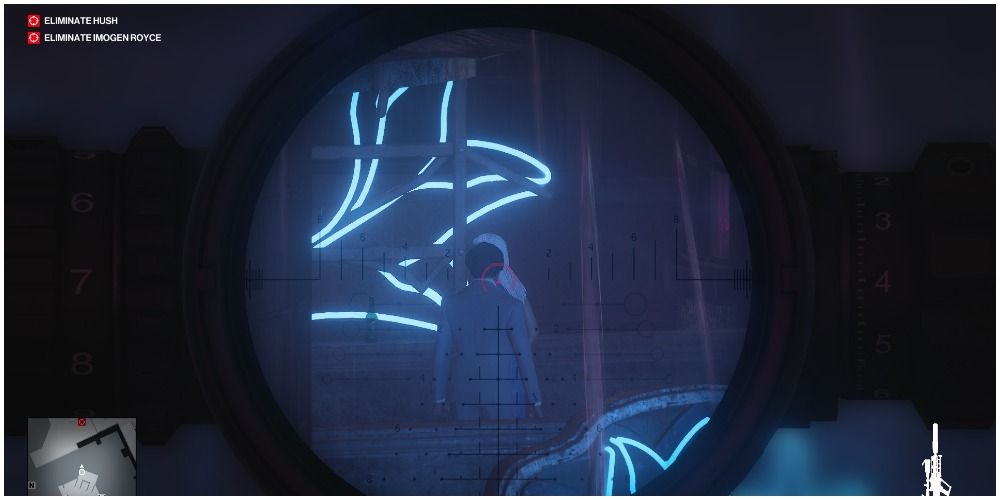 Keep your sights on Hush. Eventually, Royce will start to pace and place herself directly behind Hush. This sniper rifle has bullet-piercing ammunition, so take the shot at this moment. 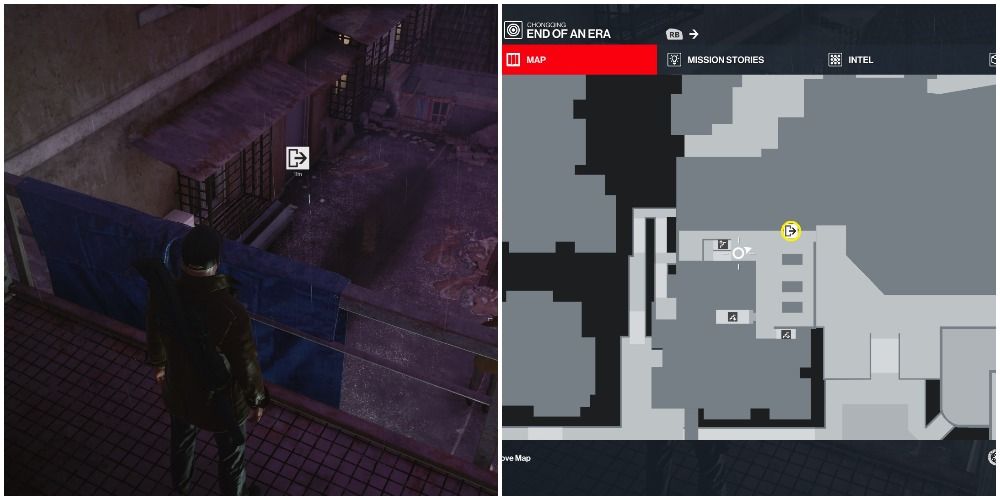 Because they left their guards outside, it’s going to be a while before they start searching. As luck would have it, the exit is only a few meters away from where you took your shot. Keep an eye out for the enforcer on this level before bolting for the door.

Congratulations on knocking out the sniper assassin challenge in Chongqing. Enjoy an evening beneath the neon lights, 47! 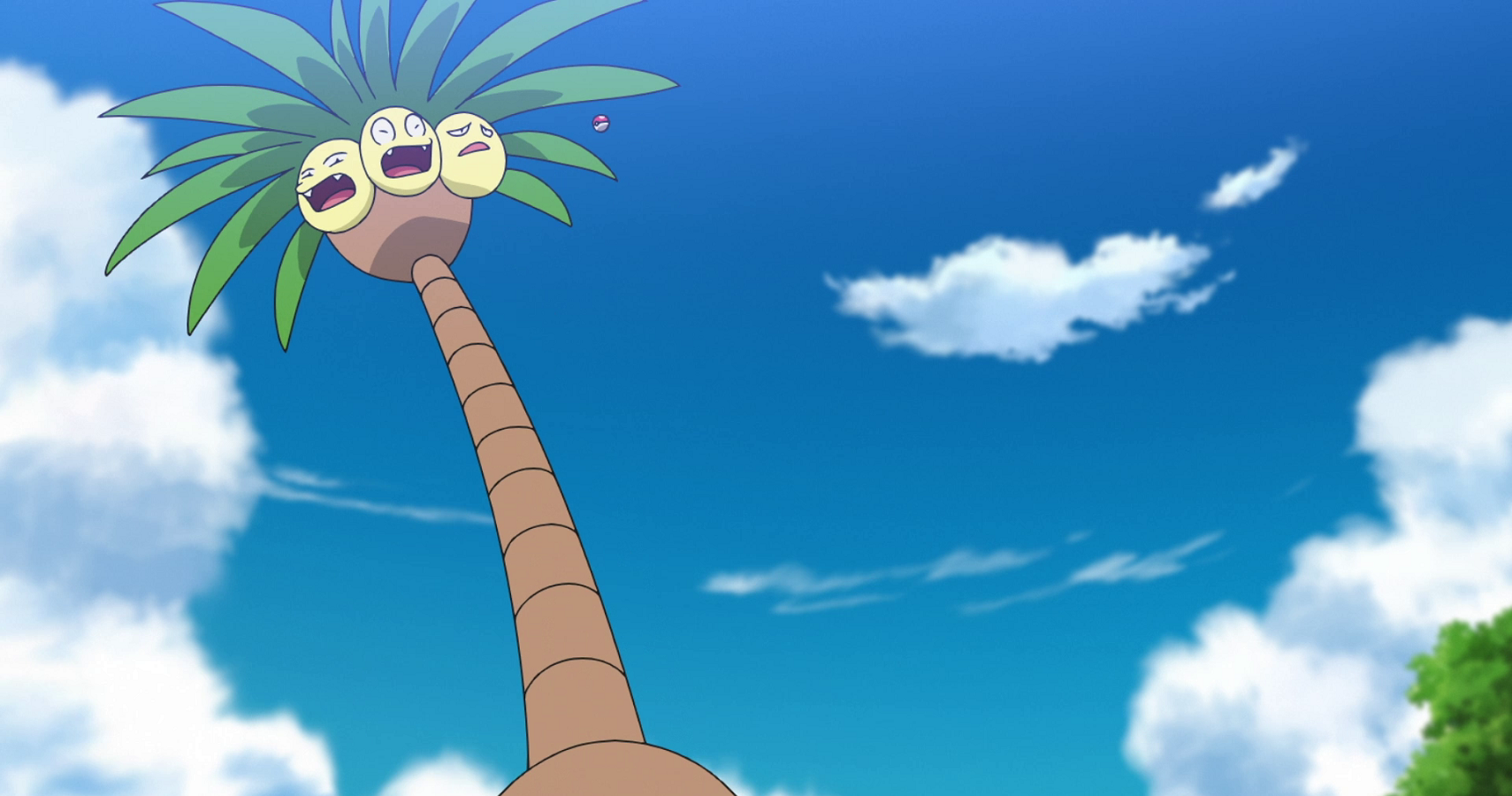