How To Evolve Every Monster In Monster Sanctuary

Monster Sanctuary is unique amongst monster taming games in that it makes a great effort to ensure that every monster in the game is useable no matter what point in the game you are at. It's very possible to take that Blob you got at the very beginning and take them all the way to the end.

This means that while monster evolution is a part of the game, it gives your monster a sidegrade rather than an upgrade – and it's something you'll have to do if you want to complete your monster journal.

To evolve your monsters in Monster Sanctuary, you will need to take them to the Tree of Evolution which is located in the Ancient Woods area. You must also use a specific evolution catalyst there, which is used up upon evolution. We'll take a look at every evolution in the game and where to get the catalysts required for them. 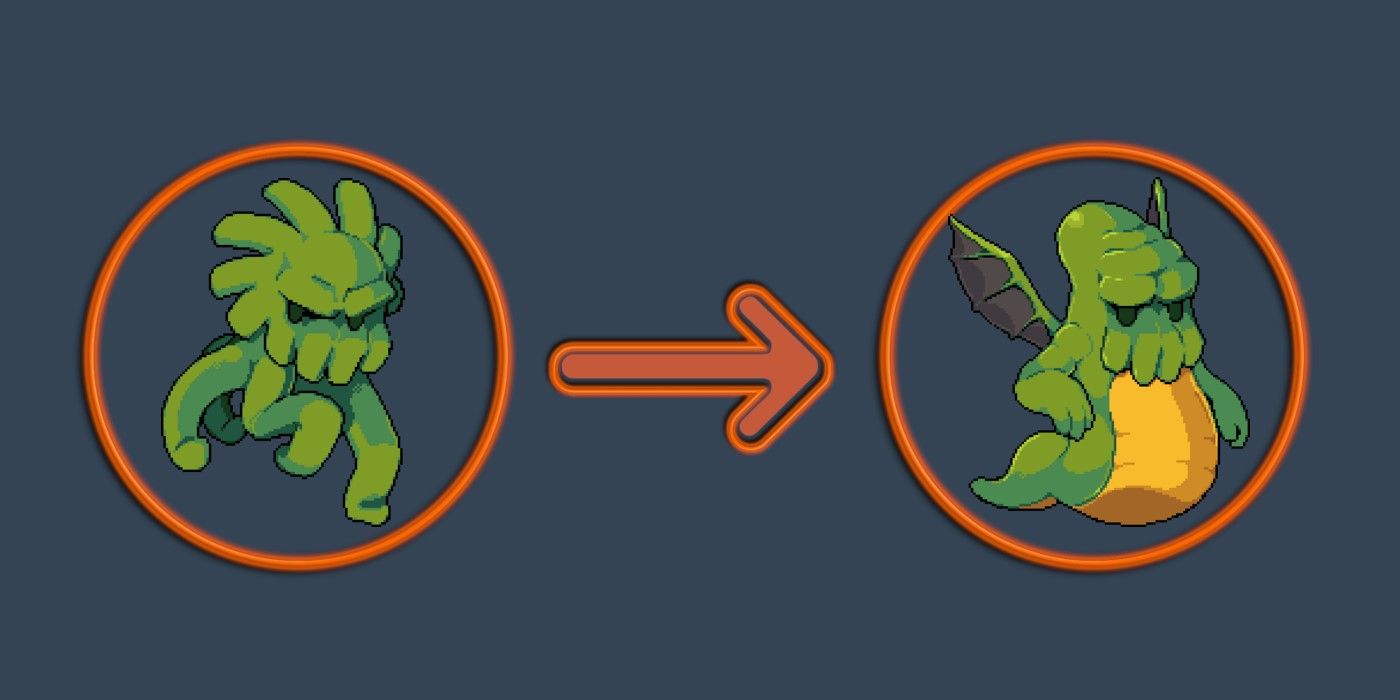 Grummies are found in the Blue Caves and the Stronghold Dungeon and make for good support units with access to Armor Break and Poison. G'rulus trade their poison attacks for some more offensively based skills and the valuable Auto-Heal ability which passively heals your weakest monsters while attacking.

To evolve a Grummy into a G'rulu, you will need some Stardust, which can be acquired in three ways: 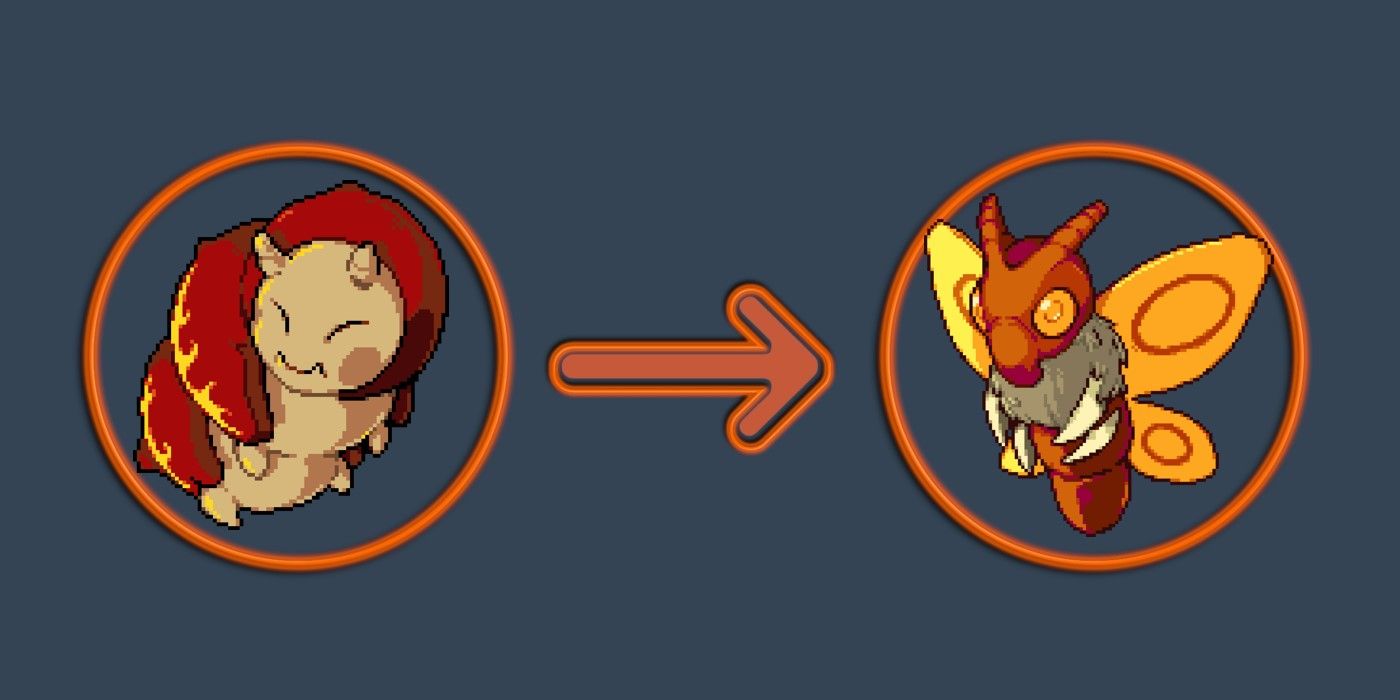 Magmapillars are encountered on the Mountain Path and in the Ancient Woods. They are one of the earliest sources of Burn and can also apply Shields and other defensive buffs. Magmamoths, on the other hand, try to balance offense with healing – though they're still great at applying Burns.

To evolve a Magmapillar into a Magmamoth, you will need a Cocoon, naturally.

How To Evolve Minitaur 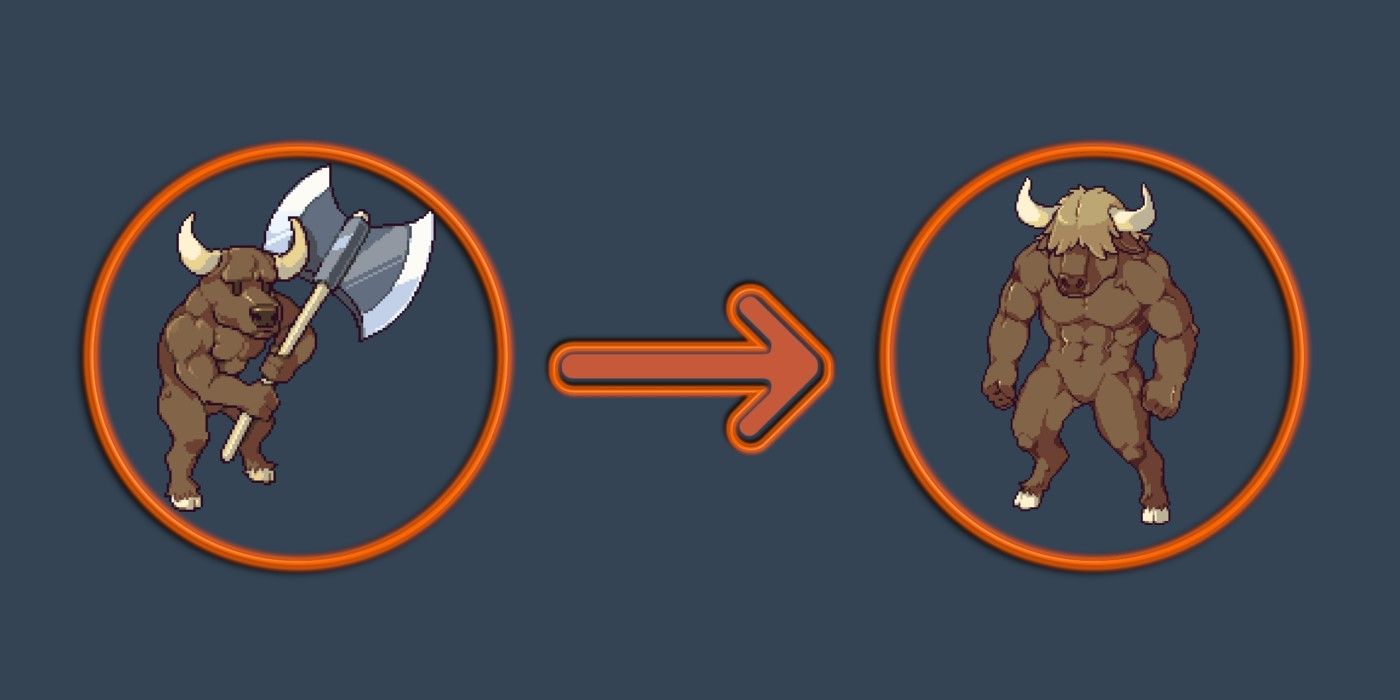 The Minitaur is a Champion monster encountered in the Blue Caves, and you can get a Minitaur Egg by achieving a five-star rating against it or by opening level one Reward Boxes. It evolves into the Megataur, and both are physical powerhouses – though the Minitaur focuses on critical hits, and the Megataur branches out into Chill application.

You'll need a Shard of Winter to evolve a Minitaur into a Megataur. There are two ways to get these: 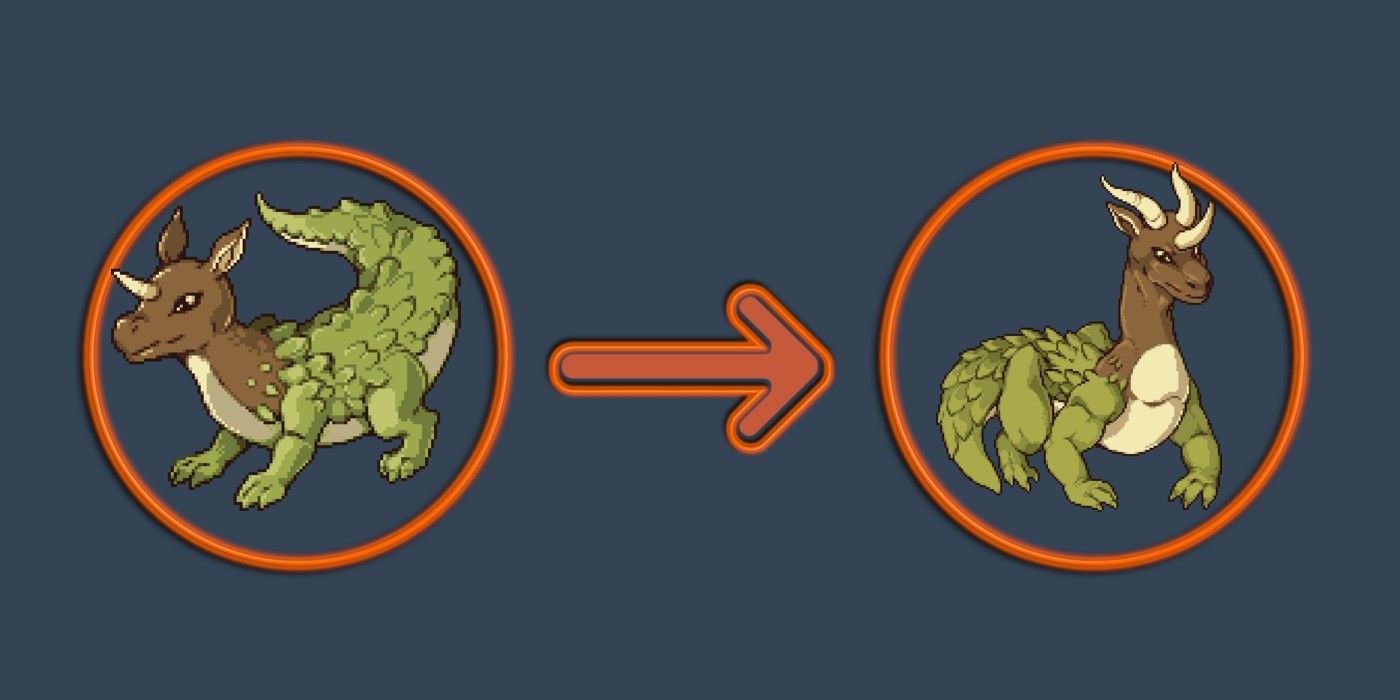 Ninkis are found as eggs in the Sun Palace and are great at inflicting earth and water damage, using the Poison status, and healing allies. The Ninki Nanka is a more offensively based monster, trading healing abilities for fire damage and Burn. While you cannot fight Ninkis, Ninki Nankas will drop their eggs.

Magical Clay is the catalyst for evolving adding a Nanka to a Ninki.

How To Evolve Crackle Knight 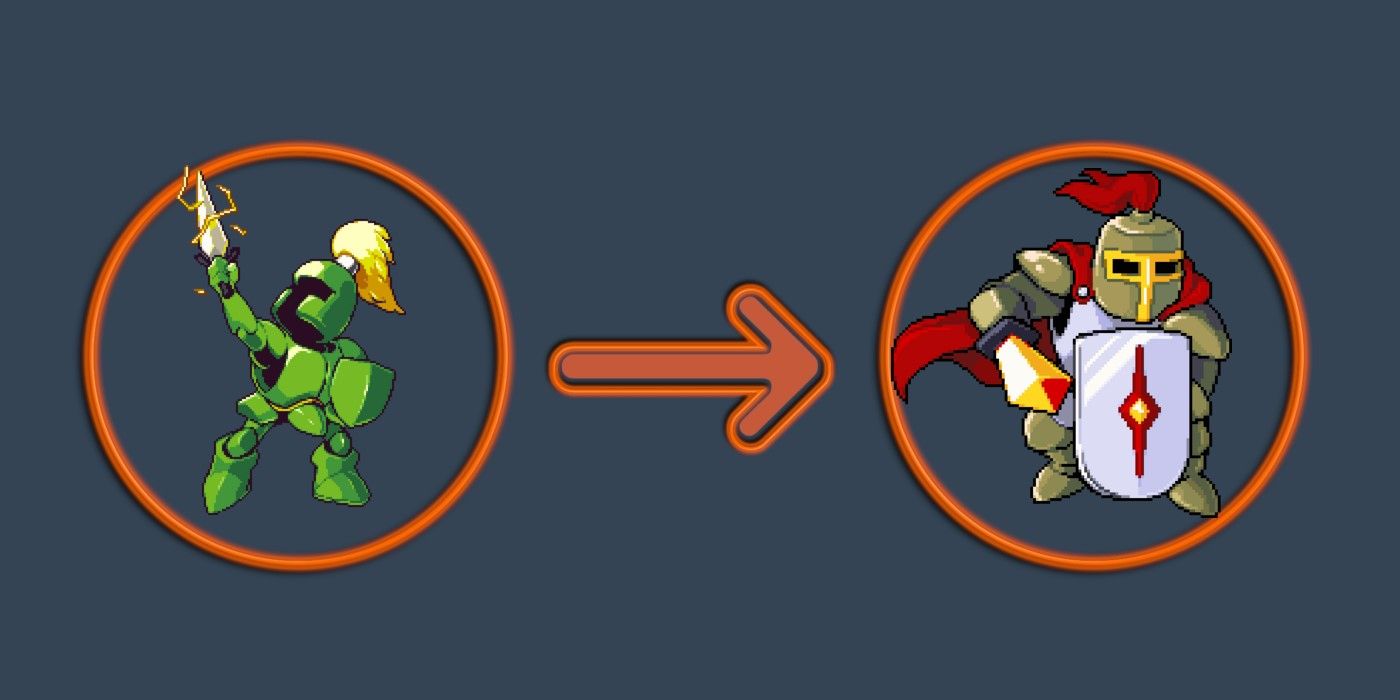 The Stronghold Dungeon is where you'll find the Crackle Knights, and they are capable of evolving into Sizzle Knights. While both monsters are similar in that they are both physical fighters that can cause electrical damage and tank for their allies, Crackle Knights get some neutral attacks while Sizzle Knights delve into fire.

This evolution requires a Sun Stone. 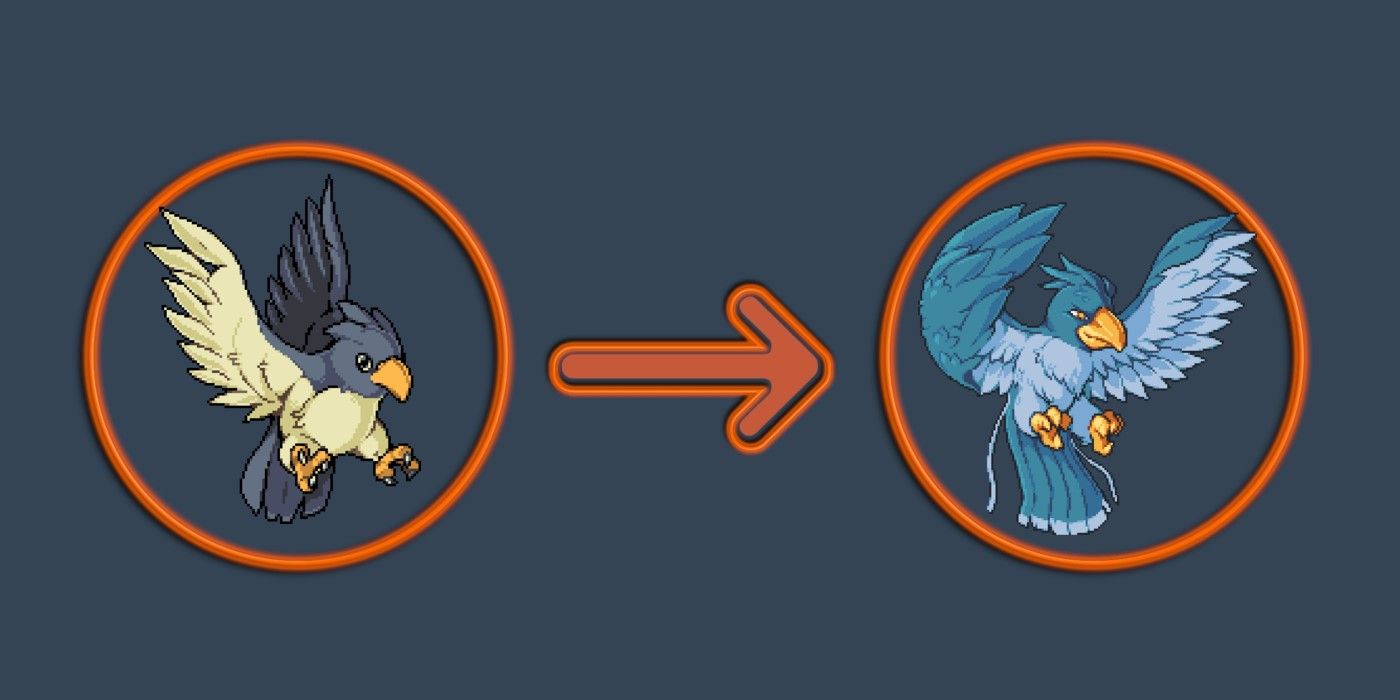 Vaeros are birdlike monsters found early on the Mountain Path and later on at Horizon Beach. They are good physical attackers that evolve into Silvaeros who are hybrid attackers, and both are great at inflicting critical hits.

A Silver Feather is required to evolve a Vaero and they can be found in multiple places:

How To Evolve Rocky 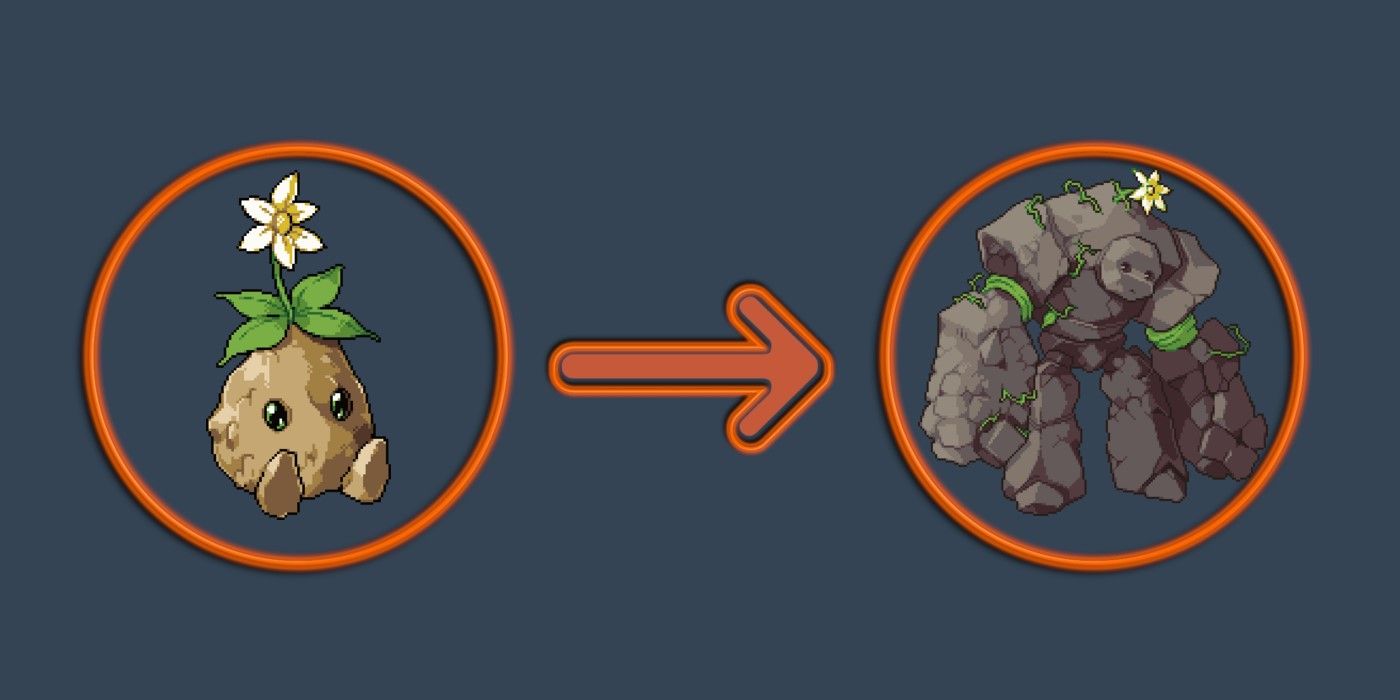 Rocky is an early monster found exclusively on the Mountain Path, it's a support-oriented monster with healing skills and a propensity for earth damage. It evolves into Mega Rock, a lategame monster with great defensive skills.

Evolving a Rocky into a Mega Rock requires a Giant Seed. 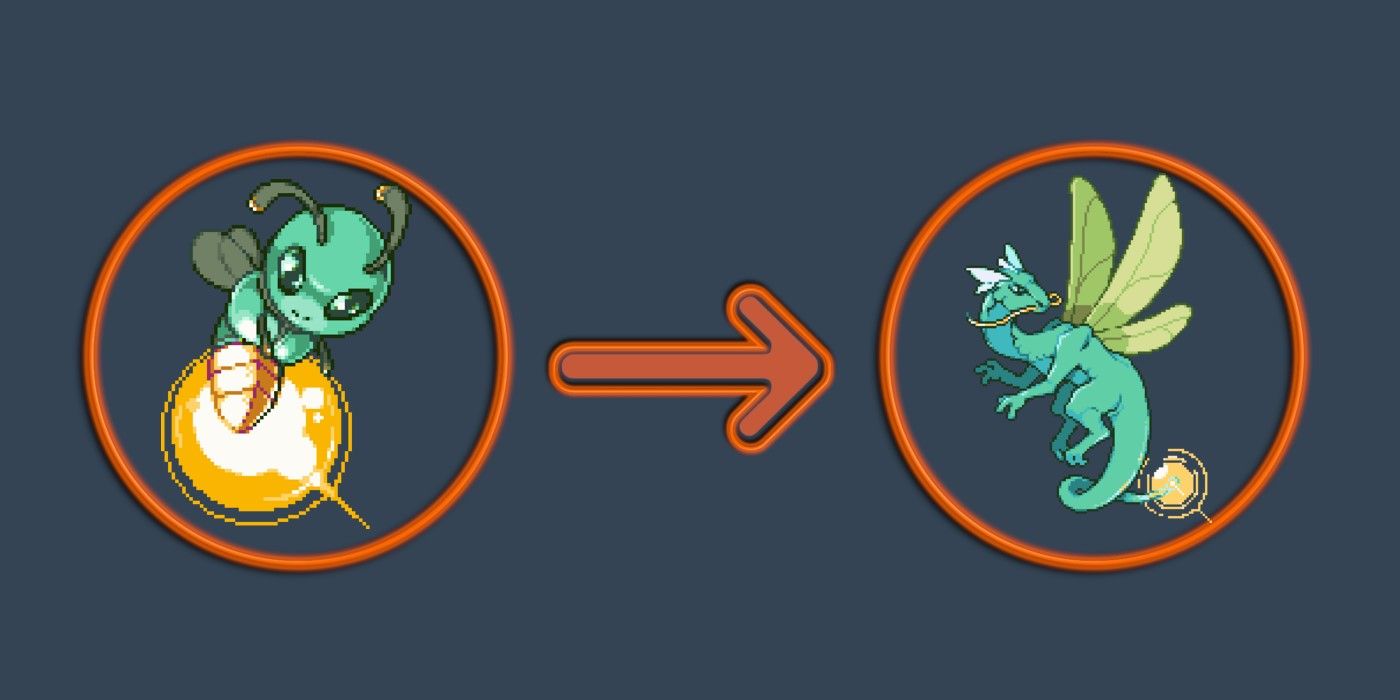 Glowflies are support-oriented monsters that can be encountered in the Ancient Woods and in the Magma Chamber. They can evolve into Glowdras, which have far more offensively-oriented skills and can apply Sorcery to themselves while attacking.

This evolution requires some Volcanic Ash for its catalyst. 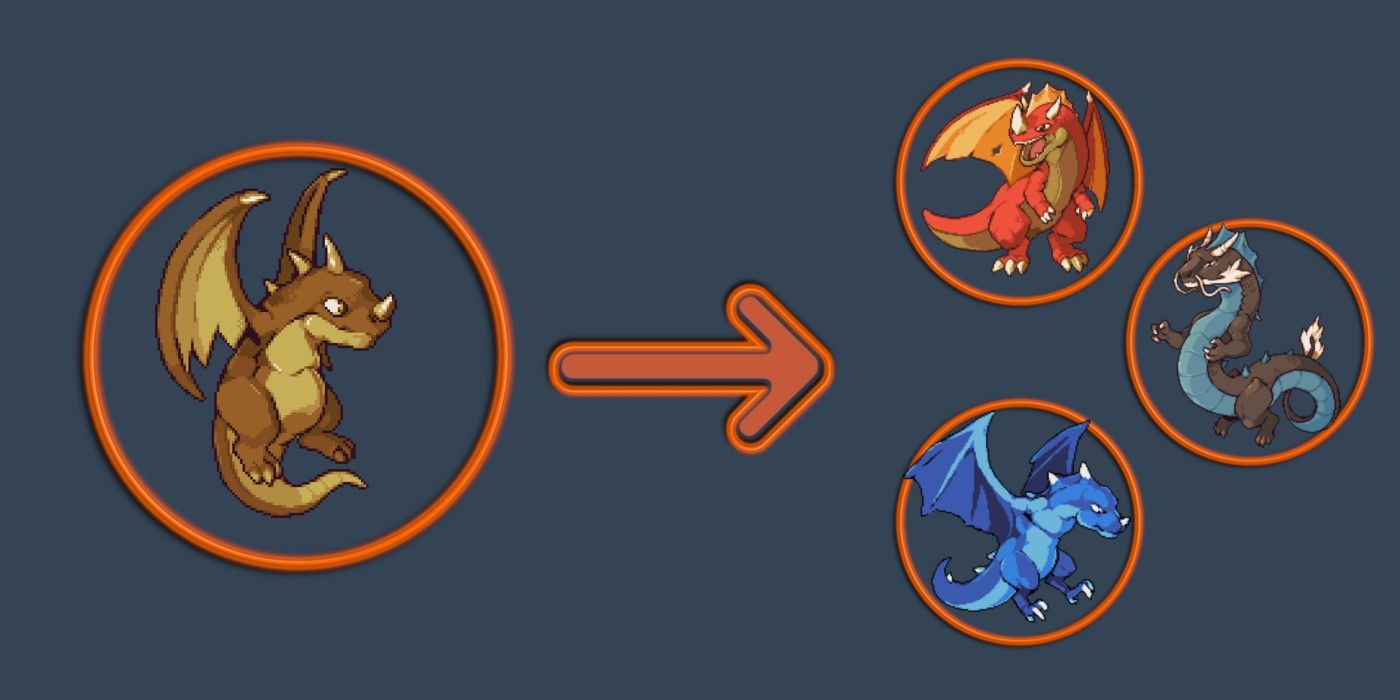 This monster is found in the Magma Chamber. Draconovs are rather like the Eevee of Monster Sanctuary in that they can evolve into three different big dragons with different elemental skills, and they evolve using elemental stones.

How To Evolve Mad Eye 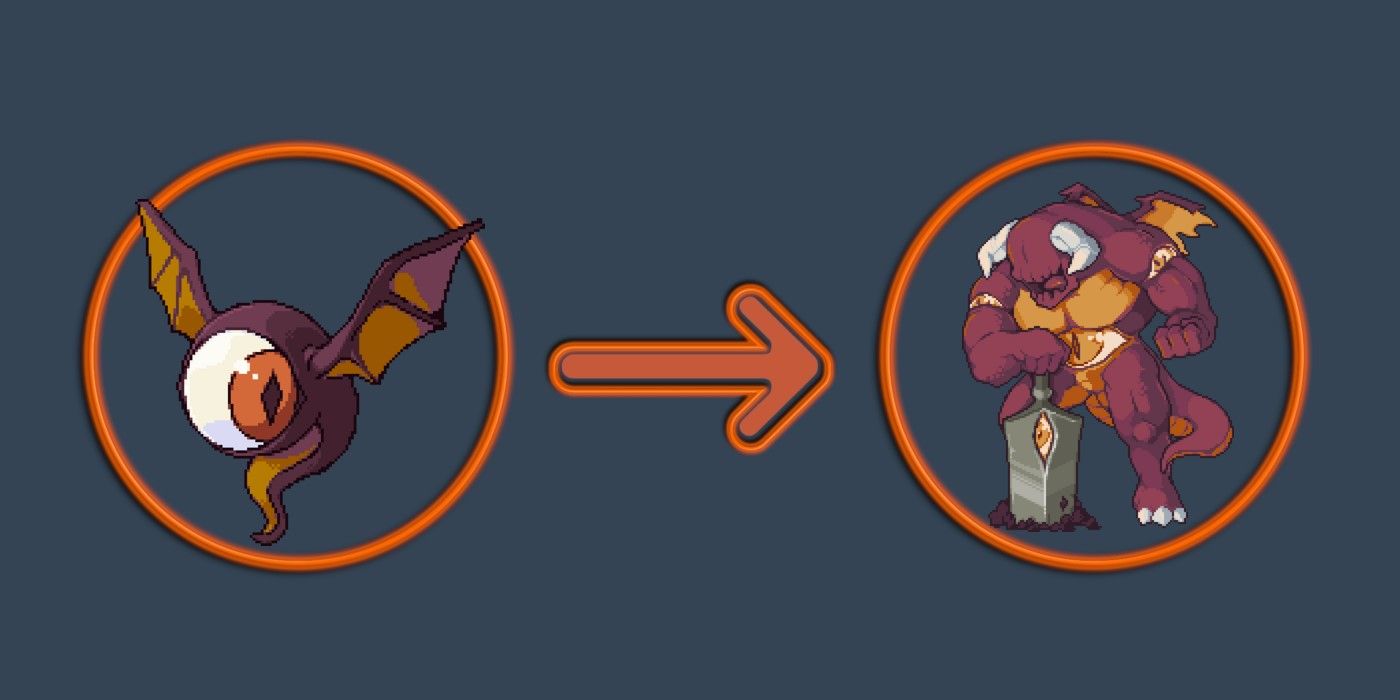 The Mad Eye is a monster encountered as early as the Stronghold Dungeon and it is unique in that it can evolve into the final boss of the entire game: Mad Lord. Mad Eyes are great for targeting weaknesses and inflicting status effects thanks to their wide range of elemental skills, while Mad Lord does rather the same thing but with more physical oomph behind it.

A Demonic Pact is required to get a Mad Lord of your very own.

How To Evolve The Blobs 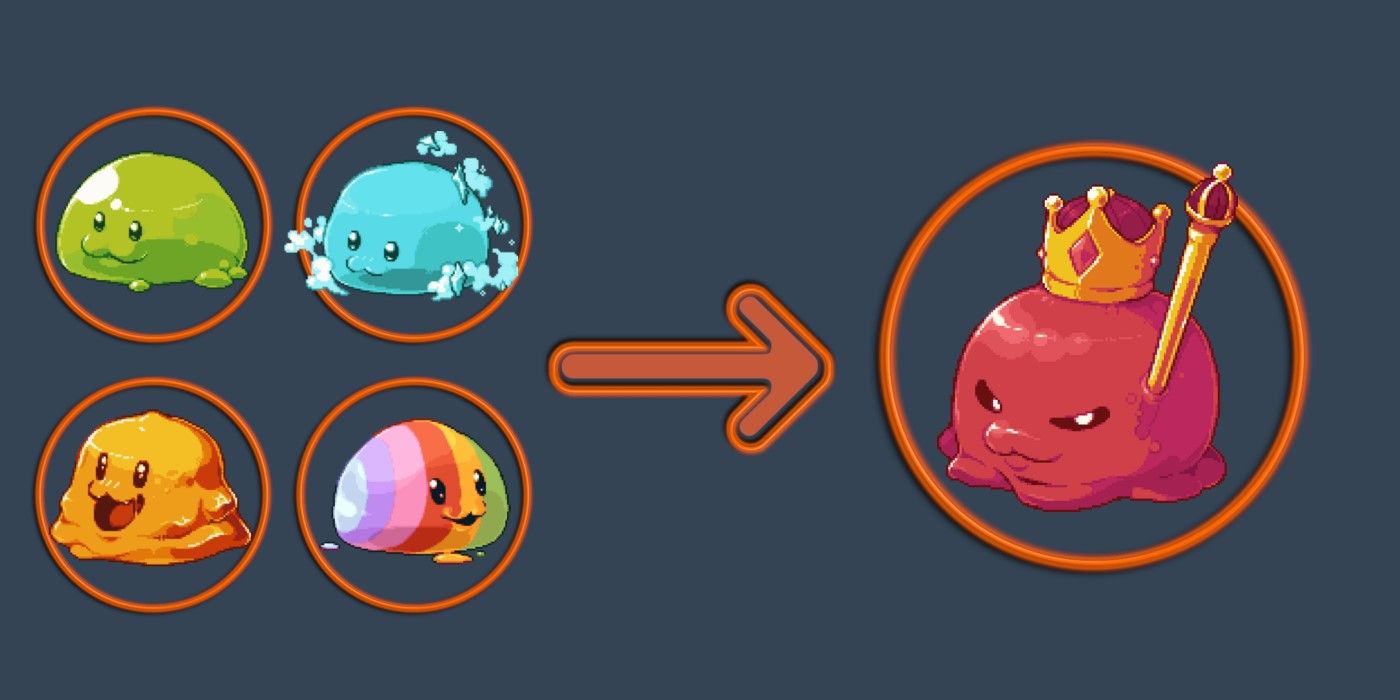 Yet another unique evolution method. There are four Blob monsters in the game: Blob, Ice Blob, Lava Blob, and Rainbow Blob. All four of these Blobs evolve into the same monster, King Blob. The King Blob is neat in that its shift abilities vary on what type of Blob was used to evolve into it.

Turning any of these Blobs into royalty requires a Majestic Crown.