How To Use An Xbox Controller On PC

More and more players are making the switch to PC gaming and leaving consoles behind entirely. Gamers feel more comfortable investing in a multi-functional computer than whatever the latest console happens to be, which will have to be replaced to play the best stuff in a little under a decade. But what if you still have controllers from your console hanging around the house?

There are lots of reasons to use your Xbox controller on a PC. Perhaps you are playing a game from your childhood that you’re used to using a controller for. Or, you might simply prefer the button mapping on a controller to the keyboard. If you’re a new PC gamer, you may need some time to get used to playing with the mouse and keyboard, so you’ll occasionally take advantage of a controller. Whatever your reason is, this guide will walk you through connecting an Xbox Series X, Xbox Series X, Xbox One, or Xbox One X controller to a PC or laptop.

Connecting Your Controller Through Wired USB

Step One: Find A Micro-USB Cable For The Controller 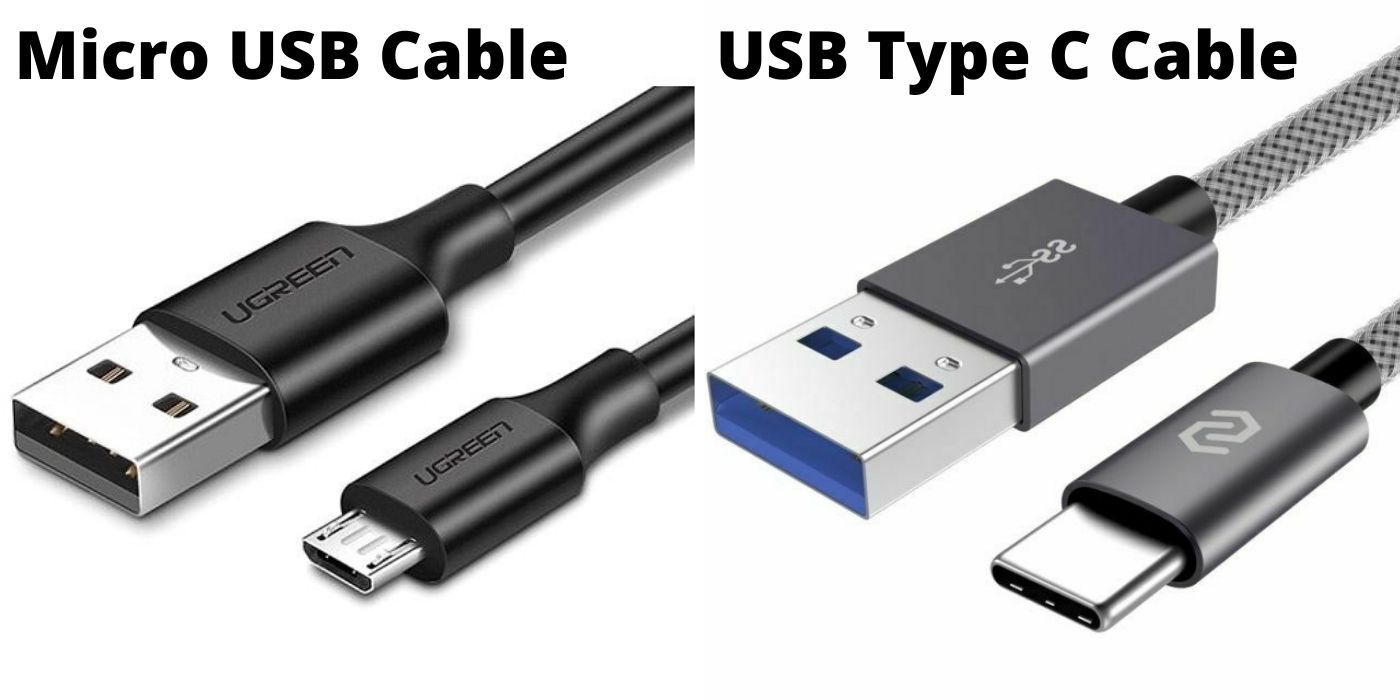 Xbox One controllers, whether they came with the original console or the Xbox One S version, have a port on top, above the Xbox button (also known as the guide button), for a Micro USB Cable. When the Xbox One first came out, the Micro USB cable was standard for smartphone chargers (other than Apple) and it was easy to find one. However, now most modern phones (other than Apple) have switched to using a newer charger, the USB Type C Cable. If you don’t have an old charger lying around you can use, you’ll need to pop out to a tech store and grab one. The Xbox Series X and Xbox Series S, which came out much more recently, use a USB Type C Cable. The port can be found in the same place as the previous generation, though!

Step Two: Plug Into A USB Port On Your PC 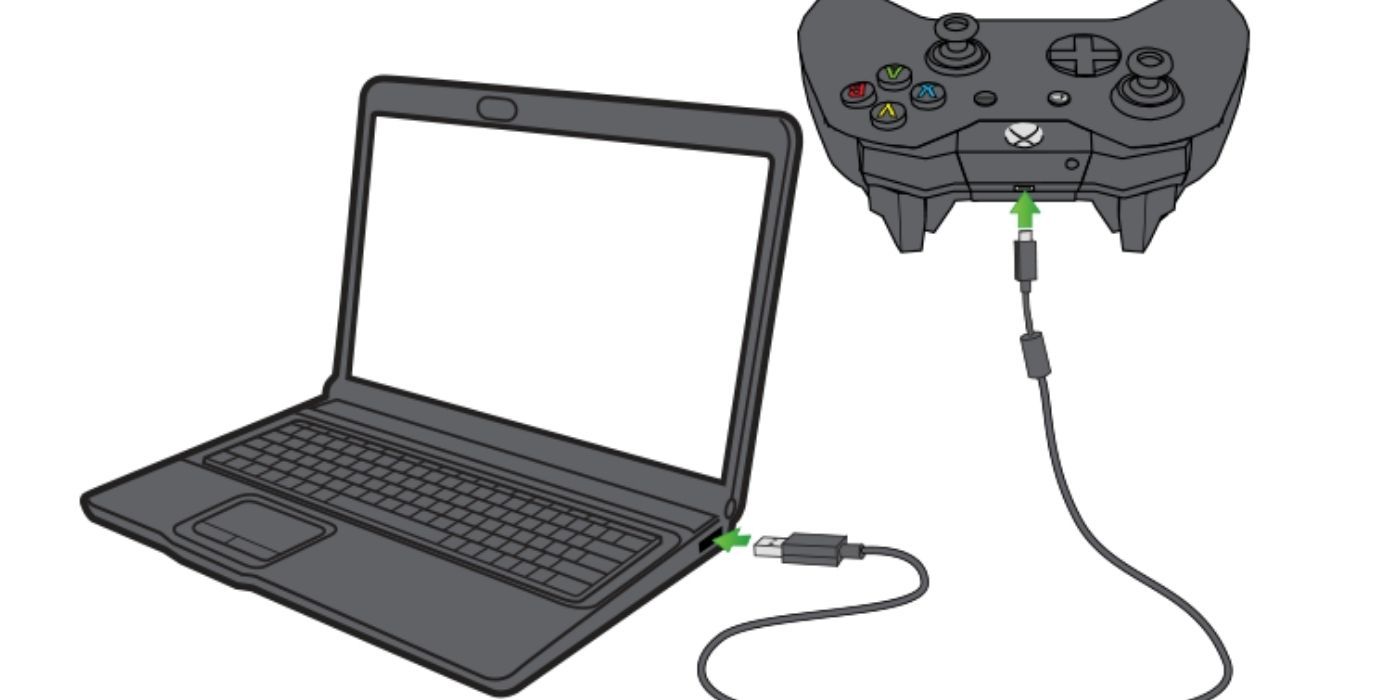 Plug the small end of the cable into your controller and pop the USB end into a port on your PC! Keep in mind that you’ll need to naturally hold the controller while it’s plugged in, so try to use a port that will give you lots of slack – something on the front of the computer is ideal. 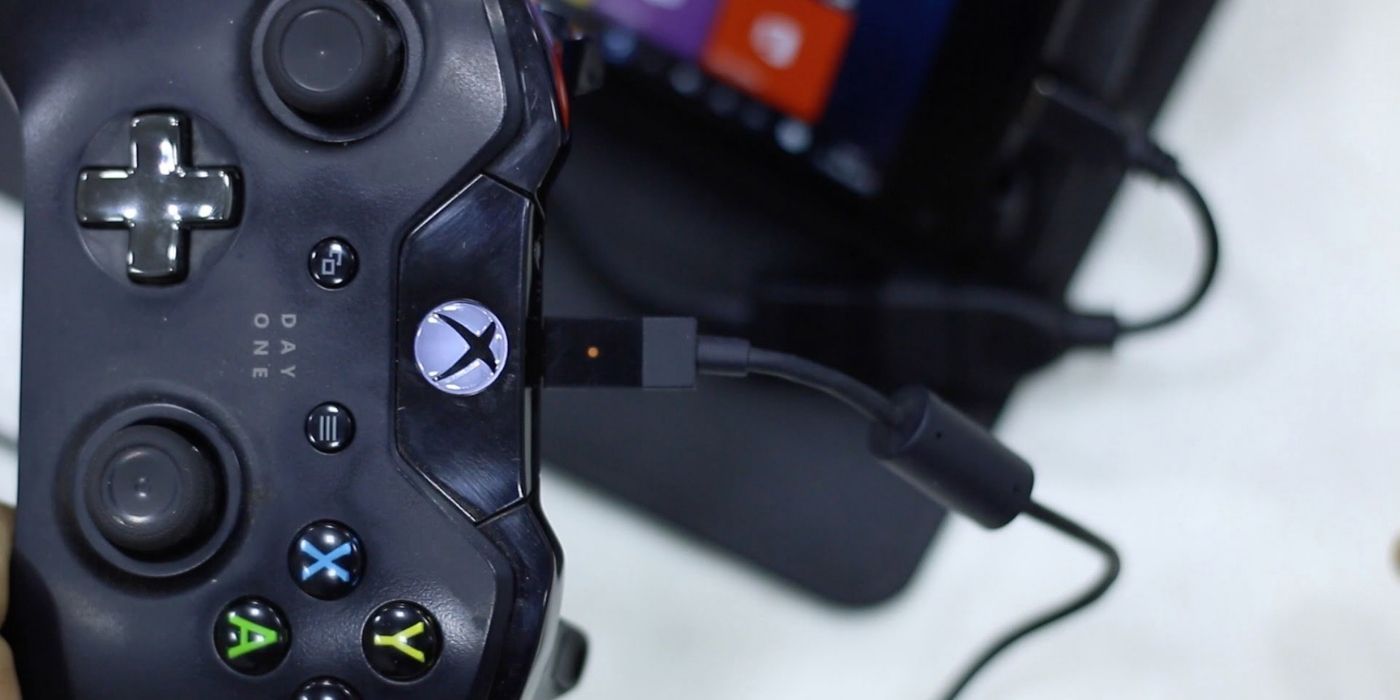 From here, it’s pretty simple! Boot up the game you want to play using the mouth and keyboard, then grab your controller and jostle the sticks. If it’s connected correctly, the game should register that you’ve plugged in a controller to use and automatically give your controller buttons control over the menu after a moment or two of trying to use the control sticks. Most modern games will support your controller use – but do a quick Google search to double-check if you’re confident about the connection but are still having trouble.

Connecting Your Controller To PC Wirelessly

The Wireless method can be used on Xbox Series X, Xbox Series S, and Xbox One S controllers. Controllers from the original Xbox One will not be able to connect wirelessly.

Step One: Preparing Your PC 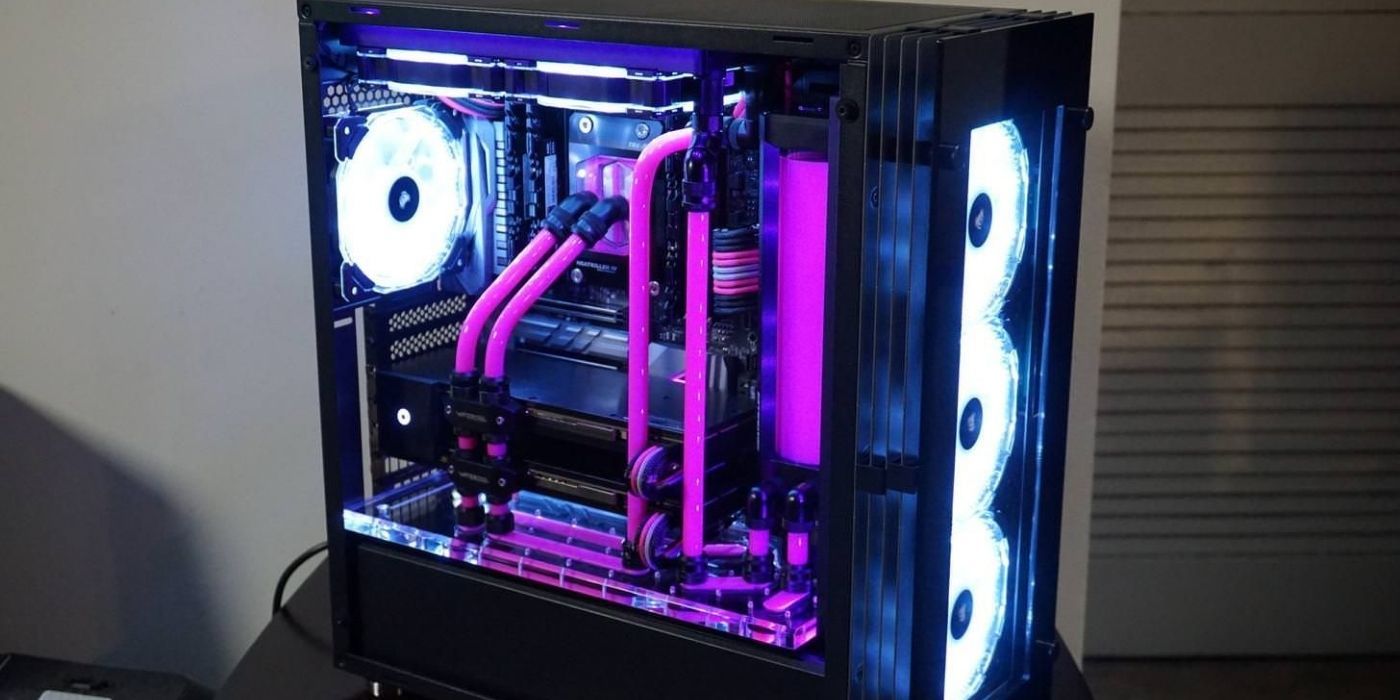 You’ll need to ensure that your PC is running the latest version of Windows (Windows 10, as of this writing).

The PC also needs to have Bluetooth capabilities. If you discover that it doesn’t, you can purchase a USB dongle to do it instead. 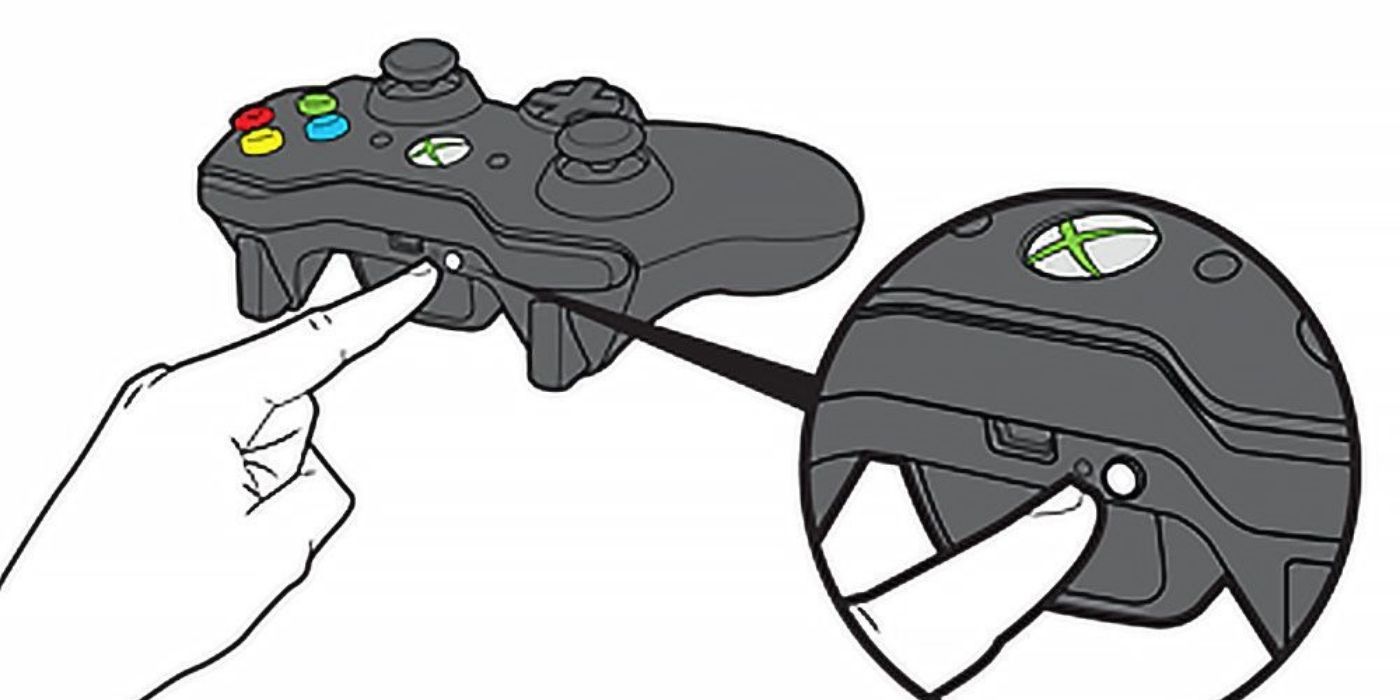 Once Your PC is prepped, grab your compatible controller.

First, hold the guide button down until it lights up and the controller is on.

Then, you can hold down the pairing button (the small, circle button with three rounded lines beside it, found next to the USB C or Micro USB port) for three seconds, and the guide button will flash to indicate that it’s in pairing mode.

Step Three: Connecting On Your Computer 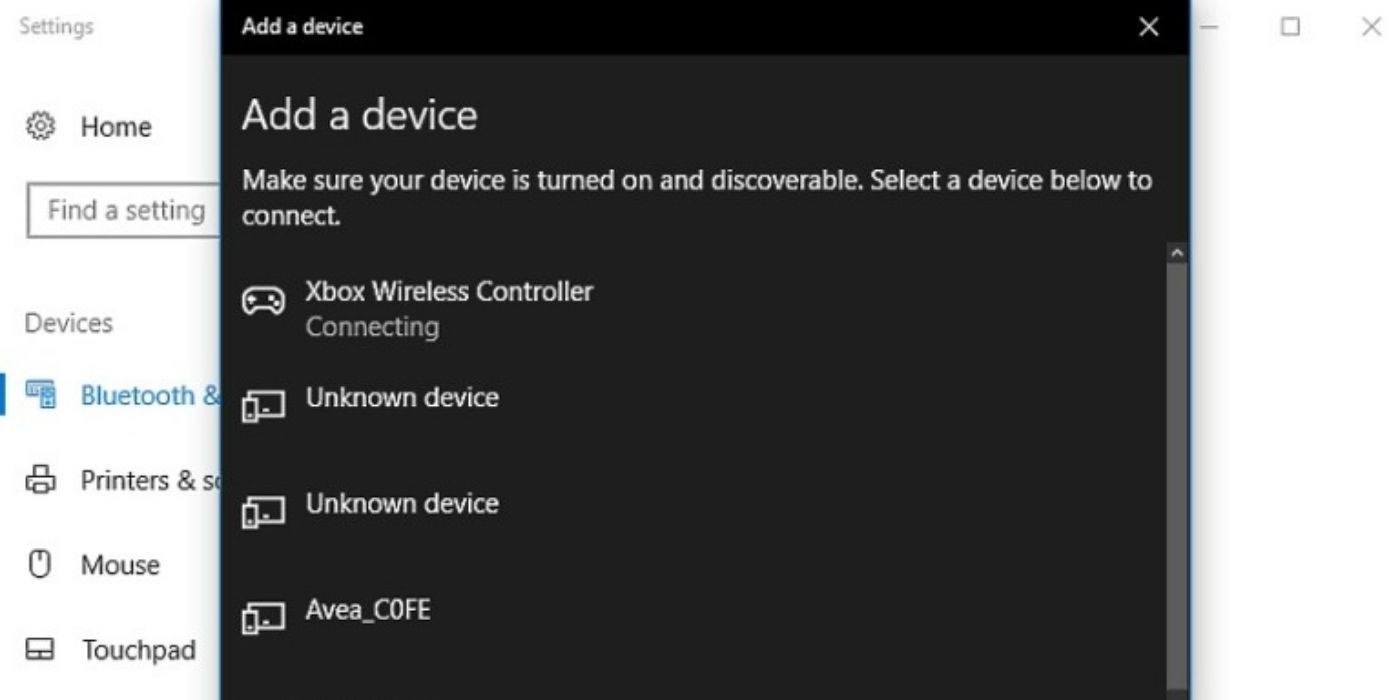 Once that’s done, return your focus to the computer. You’ll need to reach the Bluetooth settings. Some people have a Bluetooth icon in their system tray, but you can reliably reach these settings on Windows 10 by clicking on “Settings” in your main menu, choosing the option labelled “Devices,” and then click on the tab on the lefthand side that’s called “Bluetooth & other devices.”

At the top of that menu, click the option that says “Add Bluetooth or other device.” When it asks what kind of device you’re adding, select “Bluetooth.”

A menu will pop up and begin to search for nearby Bluetooth devices. Ensure your controller is still in pairing mode and it should appear on this list as “Xbox Wireless Controller.” Click on that, and then wait for the guide button to shine a solid white – the menu should also tell you that your controller is paired. 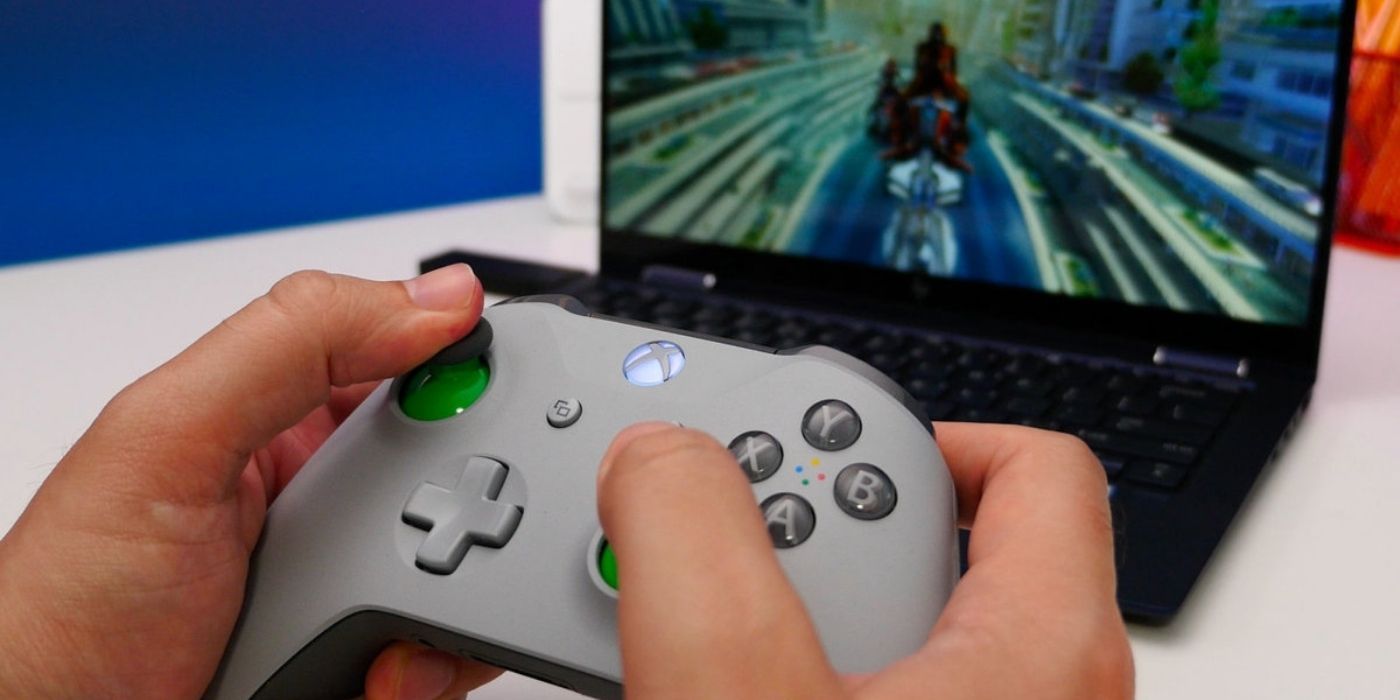 Your Xbox controller is now paired with your computer! Once you boot up a game, you should be able to use the controller immediately. Most modern games are compatible and can be played with a wireless controller.