HTC 'Looking Into' Iphone And Laptop Support For Vive Flow 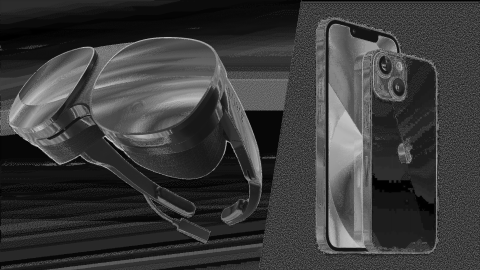 HTC is “looking into” iPhone and laptop support for its upcoming VR headset, the Vive Flow, but they won’t be included at launch.

Currently, you need to connect an Android smartphone to the Flow via a native app. This allows you not only to control experiences by using your handset as a motion controller similar to those for the Gear VR or Oculus Go but also to use Miracast to bring your phone’s screen and features into VR. From there you can watch media apps like YouTube and Netflix.

But HTC explained to UploadVR that iPhone doesn’t support Miracast, and thus a crucial feature of the device would be missing. Finding a way around this issue would be tough.

That said, even without Miracast and simply using the iPhone as a controller, you could still access the library of native apps HTC is preparing for the Vive Flow. That includes meditative experiences like Nature Treks VR and some simpler gaming content too. Hopefully we might see at least that basic functionality come to the iPhone in the future.

The company also told us it was also exploring potential connections to a PC or laptop though, again, it isn’t a focus for launch.

We tried Vive Flow for ourselves this week and came away optimistic. The device weighs just 189g and is comfortable to wear for long periods of time. Pre-orders launched yesterday and the kit is set to start shipping in early November.

Are you an iPhone user hoping to pick up the HTC Vive Flow? Let us know in the comments below!