While there are many recurring enemies in Immortals Fenyx Rising, including Greek mythology staples such as the chimeras, gorgons, and griffins, the most common enemy that Fenyx will have to face down against are the Spartoi. Humanoid soldiers taken over by Typhon’s powers, these enemies, while often easy to defeat in early sections of the game, will usually have the numbers advantage and can easily overwhelm unsuspecting players.

For the most part, Spartoi come in four varieties: Brutes, Champions, Captains, and the most common variation, the Warriors. Each Spartoi has its own unique battle style and each needs to be approached in a different way, particularly the larger and more aggressive Brutes and Champions, though knowing their weaknesses ahead of time can save a lot of time and deaths on higher difficulties. 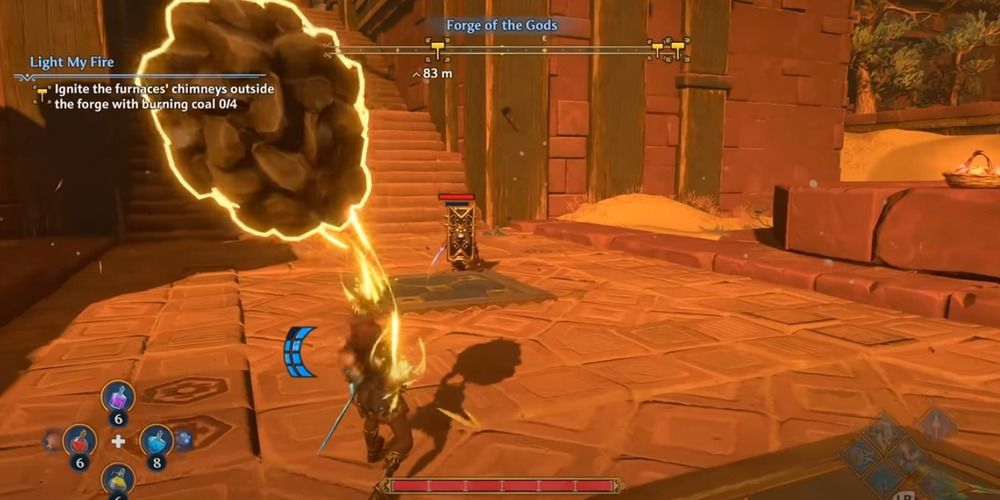 The warriors are the most common variety of Spartoi that you will have to face off against, as well as the most dynamic. Warriors can wield either a sword, a sword and shield, or a spear, with each weapon having a different moveset and combat approach. Those that use swords as the easiest to defeat, as they have no ranged capabilities and no way to defend against Fenyx’s attacks, but they are also the quickest to attack so players need to remain on their guard when fighting them.

Warriors that have a shield as well as a sword can be very annoying to stagger or damage, as their shields are large enough that they are able to block most incoming damage. That being said, they do take a little more damage from heavy attacks with the axe than with Fenyx’s sword. The best way around these shields is to either use a god power, such as Are’s Wrath, or to get behind them and attack where they are weakest.

The final weapon for a Warrior is the spear, which isn’t quite as fast as the sword, but it has a longer reach and can be a little harder to deflect. The main thing to be wary about with the spears are their ranged attacks, which are performed fairly quickly and can be quite hard to dodge. The best approach is to either deflect their ranged attacks back at them or to rush in after they have performed an attack. 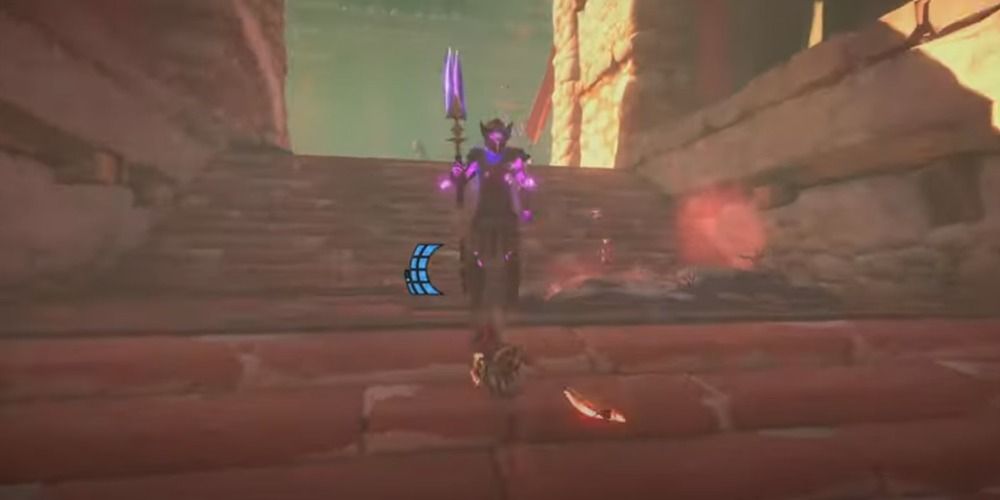 Champions are the Spartoi that like to stand on their spears while they wait for someone stupid enough to challenge them in battle. They have a very similar battle style to the spear-wielding Warriors, though they hit a lot harder, have a further reach with their melee attacks, and have a larger pool of health.

In general, they will be surrounded by Warriors and are very rarely found alone. The best approach is to deal with their Warriors first since they are the easiest to defeat and will gang up on Fenyx if they aren’t taken care of quickly. 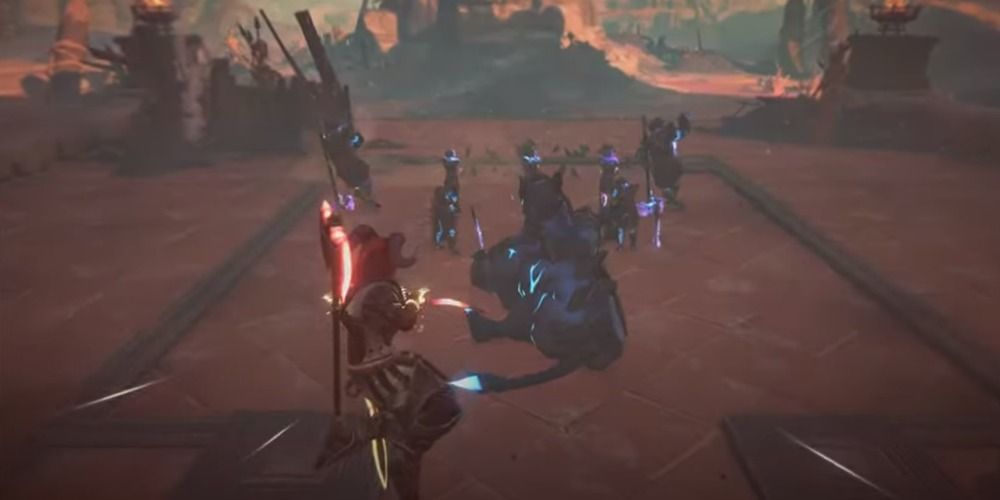 Wielding a large sword and shield combination, Captains are some of the most annoying Spartoi to engage with, as they will summon a small group of Spartoi Warriors when combat initiates as well as an impenetrable shield. While Fenyx can’t hurt a Captain while this shield is up, the shield will be destroyed and the Captain temporarily stunned once all of the summoned Warriors are defeated. The best approach, like with the Champions, is to take care of the Warriors first, not only because they can gang up on Fenyx if you don’t but also due to the fact that Captains are immune to damage until you do. Captains are fairly common inside Vaults of Tartarus that have combat challenges, but can also appear frequently around the Forgelands and War’s Den. 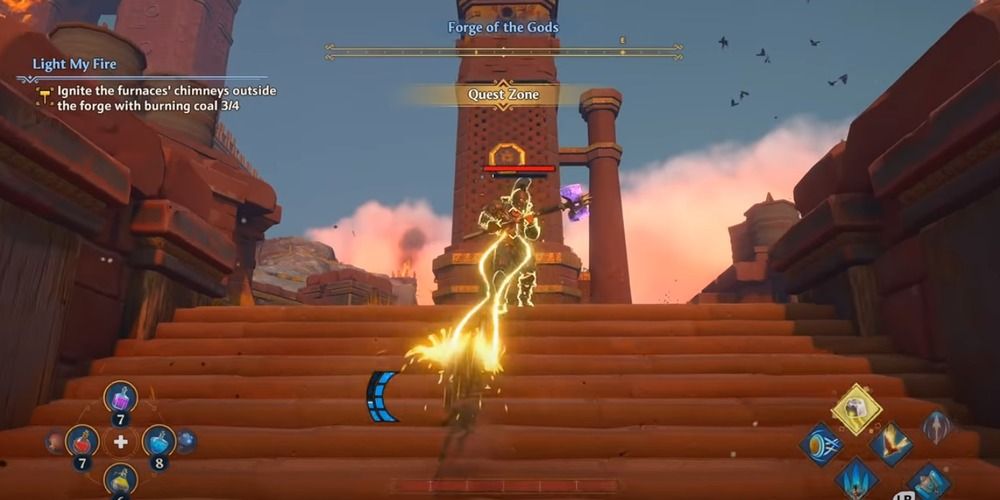 While Brutes are much slower than all other Spartoi, they do hit quite a bit harder with their hammers. What makes Brutes so dangerous, aside from their damage output, is that they are often seen side-by-side with other powerful creatures, such as Cyclopses and Chimeras, as well as the fact that their attacks aren’t able to be blocked like all other Spartoi. The only way to avoid damage from a Brute is to dodge the attack, though the easiest way to deal with them is to stagger them before they are able to get a hit in, as, while they hit hard, they are also very slow. 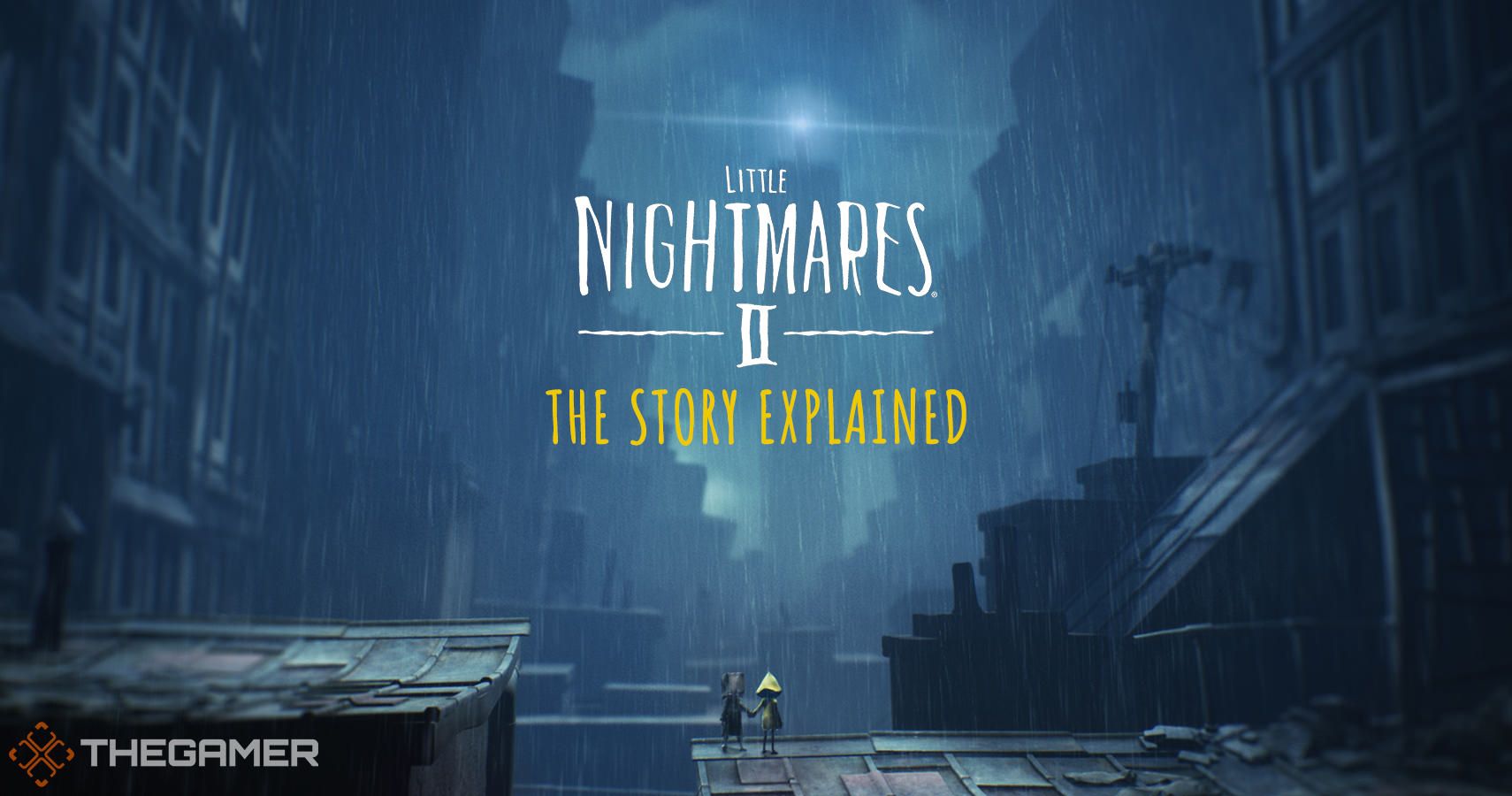