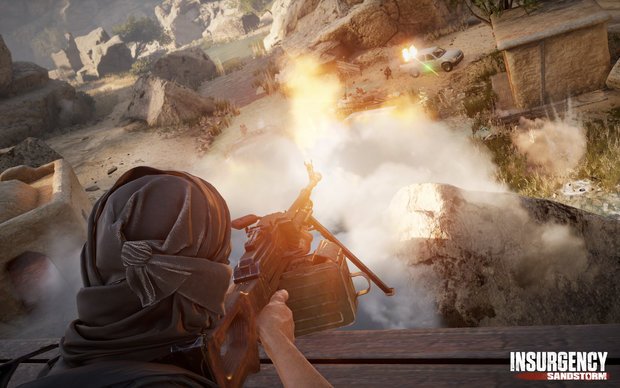 Still, as we’ve seen in many online shooters, players love to customise their in-game appearance and this is something the developers are keenly aware of.

Although we can’t share any specifics, the game will see a new wave of cool cosmetics items being added. Ones that won’t interrupt to flow of competitive modes.

Looking to future NWI has more content lined up, though the studio has had to rethink its original plans for Sandstorm.

“We had a roadmap in our head, but when we released we kind of realised that we needed to re-evaluate,” admits Tsarouhas.

This is in response to the fan feedback the team has been receiving since the game’s launch last December. Although there’s been free new content for them to sink their teeth into, Insurgency’s players have continually asked for more transparency and communication from New World Interactive.

“They want more frequent updates, even if they’re just bite-sized. It keeps the community sated, you could say.”

As a result, the studio has shifted towards a new model and design philosophy that is more flexible, able to react to community feedback promptly.

“Every developer says that, but we really mean it.” 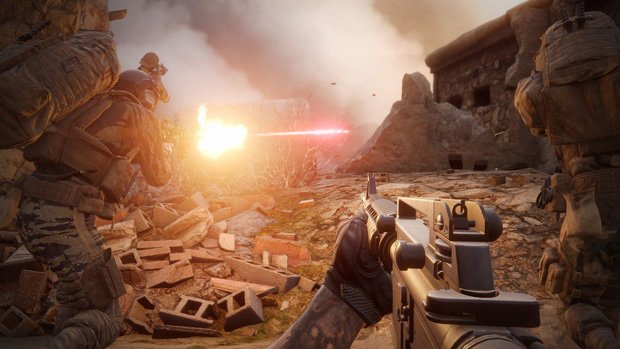 An upcoming player survey will allow fans to submit their opinions and suggestions which the developer will look to act upon.

“Lots of people are asking for modding as they want to make maps, create weapon skins, and that sort of thing.”

Modding isn’t something we see a lot of when it comes to mainstream online shooters such as Overwatch, Rainbow Six Siege, and Call of Duty. Big-name publishers are wary about opening their games up to the modding community, giving them access to their toolsets.

“I hate that,” Tsarouhas says.

“It’s a damn shame. I love modding, I think it’s great. We grew up as modders. I played Half Life mods for hours and hours during my childhood and we should be empowering people to be creative, by using our tools. Beautiful things can come out of modding such as Counter Strike and DayZ.” 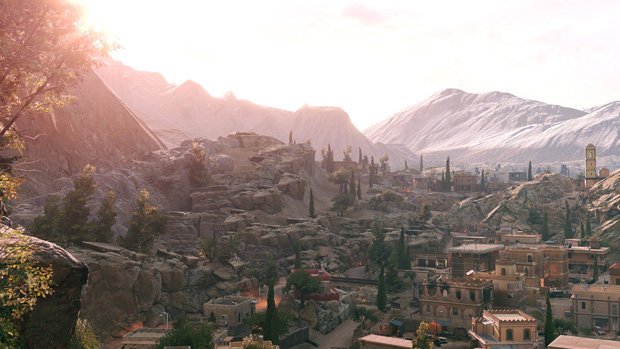 Of course, another huge talking point for the team is Insurgency’s pending console release.

“All we can say is we’re still targeting 2019 for an Xbox and PlayStation 4 release. We want to announce more later this year and will be able to offer more specifics in future.”

Tsarouhas stresses that although Insurgency is often mentioned alongside Battlefield, Call of Duty, and other heavy hitters in the FPS genre, the team is still only comprised of 35 people and even then not all of them are on-site. Executing a stable console launch, while also juggling PC updates, won’t be an easy task.

Aside from making sure the game is optimised for both the PlayStation 4 and Xbox One, there are also hoops NWI need to jump through in terms of getting the game approved by Sony and Microsoft across a myriad of different regions and markets.

For now NWI is taking sensible steps forward, careful not to over promise or stretch itself too thin. It’s the best approach and one that is community-focused. Needless to say, if you love modern military shooters then this is one you should definitely have on your radar.