Intel made the case today that its silicon chips and software are accelerating 5G wireless networks at the edge, and the big chip maker is launching new chips to further improve its position in 5G technologies such as virtual radio access networks (vRAN).

Dan Rodriguez, Intel corporate vice president of the network platforms group, made the announcements in a keynote speech for the virtual Mobile World Congress event today. By 2023, it is expected that 75% of data will be created outside of the datacenter — at the edge, in factories, in hospitals, in retail stores, and across cities. Developers want to converge various capabilities at the edge, such as AI, analytics, media, and networking. Intel wants to be there with the right technology.

In a recent survey of 511 information technology decision-makers, over 78% said they believe 5G technology is crucial to keep pace with innovation, and nearly 80% said 5G technologies will affect their businesses, Intel said.

With this in mind, Rodriguez said that Reliance Jio, Deutsche Telekom, and Dish Wireless are transforming their networks on Intel architecture. The vRAN brings cloud-like agility and automation capabilities that can help optimize the RAN performance and ultimately improve the quality of experience for users.

Intel is also expanding its Agilex FPGA (field programmable gate array) family, or highly programmable chips. It is adding a new FPGA with integrated cryptography acceleration that can support MACSec in 5G applications. This adds another layer of security to vRAN at the fronthaul, midhaul, and backhaul levels. 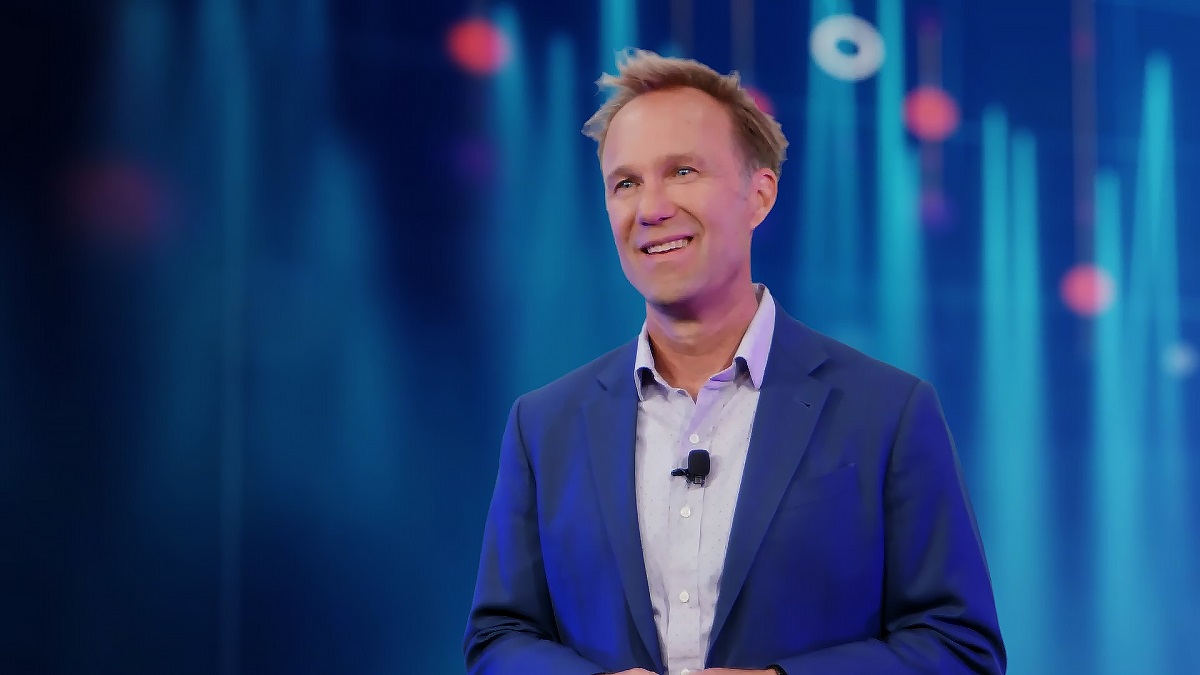 And Intel said the Intel Ethernet 800 Series family is expanding, with Intel’s first SyncE capable Ethernet Adapter that is designed for space-constrained systems on the edge, and well-suited for both high-bandwidth 4G and 5G RAN as well as other time- and latency-sensitive applications in sectors such as industrial, financial and energy.

Intel summed up the tech as its Intel Network Platform. Intel Network Platform is a technology foundation that can reduce development complexity, accelerate time to market and help to ensure customers and partners can take advantage of the features in Intel hardware, from core to access to edge. No other silicon provider offers this type of flexible, comprehensive software environment. Intel Network Platform includes system-level reference architectures, drivers, and software building blocks that enable rapid development and delivery of Intel-powered network solutions offering an easier, faster path to develop and optimize network software.

Rodriguez said nearly all commercial vRAN deployments are running on Intel technology. In the years ahead, Intel sees global vRAN base station deployments scale, from hundreds to “hundreds of thousands,” and eventually millions. 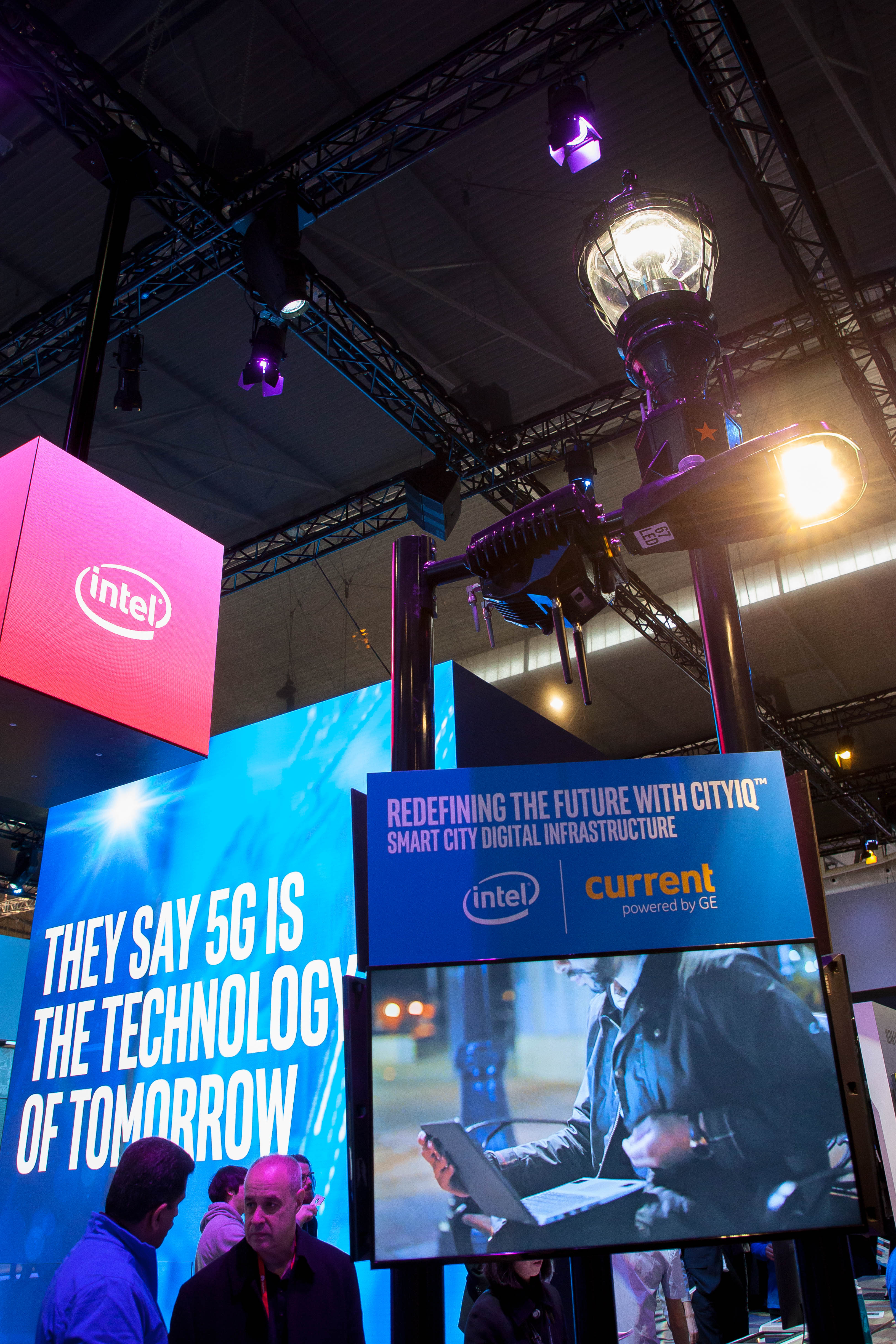 Above: Intel’s Mobile World Congress in 2018.

Intel said operators of 5G networks want a more agile, flexible infrastructure to unleash the full possibilities of 5G and edge as they address increased network demands from more connected devices. At the same time, the digitalization of the world is creating new opportunities to use the potential of 5G, edge, artificial intelligence (AI), and cloud to reshape industries ranging from manufacturing to retail, healthcare, education, and more.

According to a recent survey of 511 information technology decision-makers, 78% believe 5G technology is crucial to keep pace with  innovation.

These decision-makers also revealed that they view edge as one of the top three use cases for 5G in the next two years. With Intel’s portfolio delivering silicon and optimized software solutions, the company can tap into an estimated $65 billion edge silicon opportunity by 2025. Intel technology is already deployed in over 35,000 end customer edge implementations.

Operators like Deutsche Telekom, Dish Wireless and Reliance Jio are relying on Intel technology. Reliance Jio announced it will do co-innovations with Intel in 5G radio and wireless core, and collaborate in other associate areas that include AI, cloud and edge computing, which
will help it as they deploy 5G.

Deutsche Telekom is using Intel FlexRAN technology with accelerators in O-RAN Town, in the O-RAN network it is deploying in  Neubrandenburg, Germany — a city of 65,000 people spread out over 33 square miles. The company is relying on Intel as a technology partner as it delivers high-performance RAN at scale.

Dish Wireless relies on Intel’s contributions to the 5G ecosystem as it builds out the first cloud-native 5G network in the United States. The launch in its first city, Las Vegas, as well as its nationwide network, will be deployed on infrastructure powered by Intel technology in the network core, access, and edge.

Cohere is pioneering a new approach to improve spectrum utilization by leveraging capabilities in FlexRAN. It is integrating and optimizing spectrum multiplier software in the RAN intelligent controller. Cohere’s testing shows its Delay Doppler spatial multiplexing
technology is improving channel estimation and delivering up to a two-times improvement in spectrum utilization for operators. That’s what Vodafone has seen in 700Mhz testing in its labs.

And Cellnex Telecom, with support from Intel, Lenovo, and Nearby Computing is delivering edge capabilities based on Intel Smart Edge Open. It will allow Cellnex to act faster on data and provide service-level management, improve quality of service, and deliver a more consistent experience to its end users. Deployed in Barcelona, this solution will extend to more markets using this same blueprint developed with Intel and Nearby Computing.

Intel said that from 2019 to 2020, its network business grew by 20%, from $5 billion to $6 billion. Intel’s position is the result of early investments in hardware and software.

Intel predicted a bright future. As 5G blooms to meet its full potential alongside edge computing, artificial intelligence, the cloud and smart cities will become the norm; factory automation will flourish with Industry 4.0; and retail locations will redesign the shopping experience. For consumers, cloud gaming and virtual and augmented reality over mobile networks will become an everyday experience, Rodriguez said.