Into The Breach Is Netflix’s First Must-Play Game

Late last year saw the launch of Netflix Games, an in-app marketplace, similar to Google Play Pass and Apple Arcade, where subscribers could download free mobile games without any ads or microtransactions. Netflix Games follows the example of Prime Gaming by increasing the value of a subscription you’re already paying for, but unfortunately, it hasn’t had very much to offer. Aside from the two well-received Stranger Things games and League of Legends rhythm platformer Hextech Mayhem, most of the rest are fairly generic mobile games. There are still less than 30 games, and most people probably aren’t even aware that Netflix offers them.

That’s all about to change – or at least it should – because this week Netflix added Into the Breach: Advanced Edition, a rerelease of one of the best indie games, dare I say, of all time. Into the Breach has never been released on mobile prior to the new version, and by securing exclusivity Netflix has demonstrated a shrewdness that I didn’t think was possible. Today is the day to finally launch the Netflix app and tap that game tab down at the bottom, because Into the Breach is Netflix’s first must-play game.

To get all the buzzwords out of the way, Into the Breach is a roguelike turn-based tactical RPG puzzle game about a small group of mech pilots defending a group of islands from an alien invasion. While each level has a slightly different goal, in general your task is to stop aliens from destroying cities by strategically positioning your units to damage, push, and otherwise manipulate the position of enemies around the map.

Unlike typical tactics-style games, like Fire Emblem or XCOM, battles in Into the Breach are small, focused encounters that challenge you to make perfect moves to minimize damage to your units and structures. You only have three mechs at your disposal, each with their own unique abilities, and you need to survive an ever-growing horde of bug-like aliens for a limited number of turns, typically around five.

Luckily, you have nearly perfect information about what the enemies are going to do before they do it. When a turn starts, the aliens will move around the small, 36-tile map and choose their targets. When you get control, you can inspect each enemy to see exactly what attack they plan to do and the effect it will have, as well as their health and any special abilities they possess. In almost every circumstance, there is a perfect way to move your units and attack the enemies to entirely negate all potential damage. This might involve pushing an alien away so their attack misses a structure, bumping two aliens into each other so they take extra damage, or even using your mech as a shield to block the damage. Your goal is to study the battlefield and find those perfect turns, and when you do manage to block every attack and maximize your turn potential, it's the most satisfying feeling in the world. 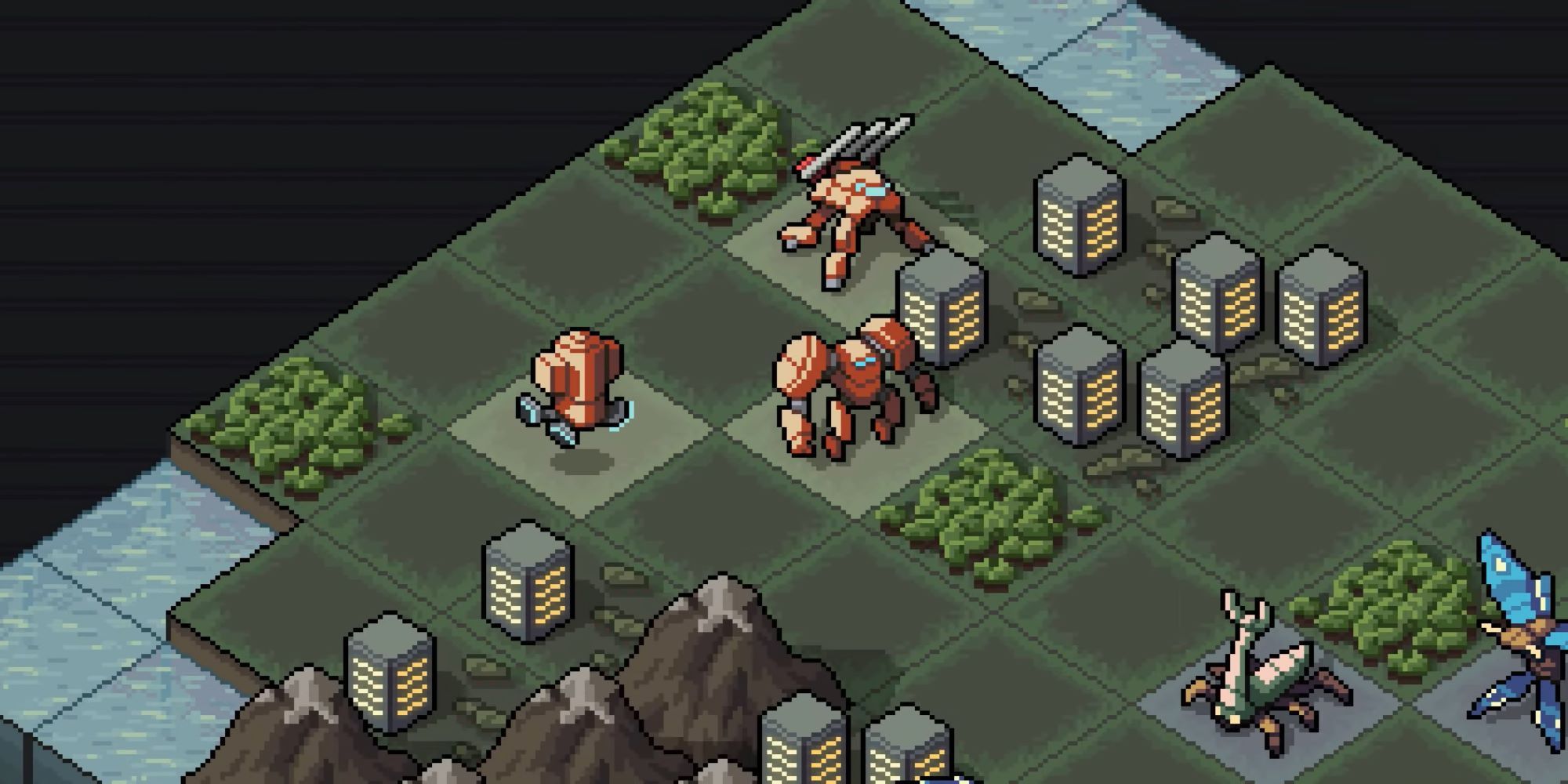 There’s a large variety of mech teams to choose from, each with their own unique strengths and abilities. As you progress you also collect pilots with unique passive abilities, and materials to upgrade your units to improve their strength, damage, or give them new utility. It’s an endlessly replayable game, and the new Advanced Edition adds even more mechs, pilots, and challenges. This update is basically a full expansion for Into the Breach and it's completely free on the Netflix app.

The mobile overhaul is exceptionally well done too. Nothing has been lost in the translation, and interacting with all the different on-screen prompts to quickly find the information you’re looking for is easier and more intuitive than ever. The touch controls feel so natural to Into the Breach and I’m surprised it’s never been ported to mobile until now. While I own the game on Switch and Steam already, mobile is by far my preferred way to play.

I generally don’t like to celebrate exclusivity, but Netflix has needed a high-profile game like Into the Breach for a long time. It’s available on both Android and iOS right now for anyone with a Netflix subscription, even if you share the account with your friends and family (at least for now). I had no idea this was coming, but it feels like the perfect game for Netflix Gaming. If you missed Into the Breach when it first came out in 2018, now's your chance to play one of the most cleverly designed strategy games ever made – completely free.