Is Scalebound Coming Back? Platinum Games to share news on what happened to Xbox exclusive 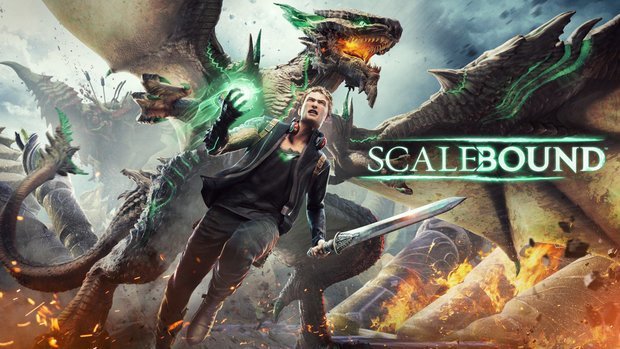 Remember Scalebound? The Xbox One exclusive that actually looked pretty decent but was canned by Microsoft pretty late on in its life.

Well, it looks like we haven’t heard the last of the human/dragon hybrid action game.

After rumours started circulating earlier in the year about Scalebound being reborn as a Nintendo Switch exclusive, this week we heard that the title could return from the developer itself (if you like to think a little creatively).

Speaking to website VideoGamesChronicle in Osaka, Japan, Platinum Games studio head Atsushi Inaba explained that the company is looking at introducing changes to how it approaches game design in hopes to lay a ‘new foundation’ for the studio.

Part of the push for the studio’s future, Inaba has said, is a focus on independently publishing games and releasing titles itself.

As per VGC: “The firm will also seek to move towards a self-publishing model for its games, Inaba said, and eventually, reach the point where it has the “freedom” to own its IP and make independent decisions on future directions.”

Since it seems like Microsoft lost the Scalebound IP when Platinum moved away from the project, does that mean we’ll see the game again, as a wholly Platinum-owned title?

And will those rumours from earlier in the year – about the game being a Nintendo Switch exclusive – come to pass?

Who knows. Although VideoGamesChronical has teased some Scalebound news of some sort, with editor Andy Robinson tweeting:

“There’s some more good stuff to come from this on Astral Chain, Scalebound and more. Stay tuned”

That said, temper your excitement, a follow-up tweet clarified that Inaba-san would be discussing “a bit about what happened with Scalebound.”

Even still, we’re intrigued to see how this plays out.

Could a reworking of Scalebound be what Inaba references when he talks about the project that seems to have really sparked the stuido’s imagination? It’s more likely to be a new IP, but one we’re excited to see none the less.

“Right now we’re in the middle of designing something that has never been done before. I know a lot of people say that, but the game we’re working on truly is unlike anything else,” he said.

“Even for our varied history of veteran game developers, this is something that has never been designed before. So from a game design perspective, we’re very excited right now.”

It could be a very exciting E3 for PlatinumGames… we look forward to reporting on whatever the company is working on next.