If you've watched a movie at any time in the past 50 years, there's a good chance Jerry Bruckheimer was involved in making it. Flashdance, Armageddon, Beverly Hills Cop, Con Air, Black Hawk Down, Bad Boys, Pirates of the Caribbean, Days of Thunder, The Rock, and National Treasure all come from the legendary Hollywood producer, as do the TV series CSI, Without a Trace, and Cold Case. Even with all of this success, there is one movie that perhaps stands as his greatest achievement – Top Gun. Ahead of this week's release of Top Gun: Maverick, I sat down with Bruckheimer to discuss where these cinematic spectacles fall in a landscape of long-running mega franchises and superhero fatigue.

"I do this to entertain audiences. That's where I get my kicks. I've certainly been around long enough, had a terrific career. And what I want to do is get people together in a theatre to laugh, and cry, and cheer, and make their life for two hours just a little better, and feel a little better when they walk out than when they walked in. That's it."

Bruckheimer shuts down the idea that Maverick might be an 'important' movie in the current landscape, but the fact is Top Gun is very different to a lot of modern movies. While technically a sequel, it comes almost 40 years after the original with very little supporting media in between to call Top Gun a bona fide franchise. It feels a lot more like Bruckheimer's movies of the '80s and '90s, built off exciting action scenes and box office draw movie stars. In a lot of ways, Tom Cruise feels like one of the last of the movie stars. If they don't make 'em like Top Gun anymore, it's because stars like Cruise aren't around to make 'em. 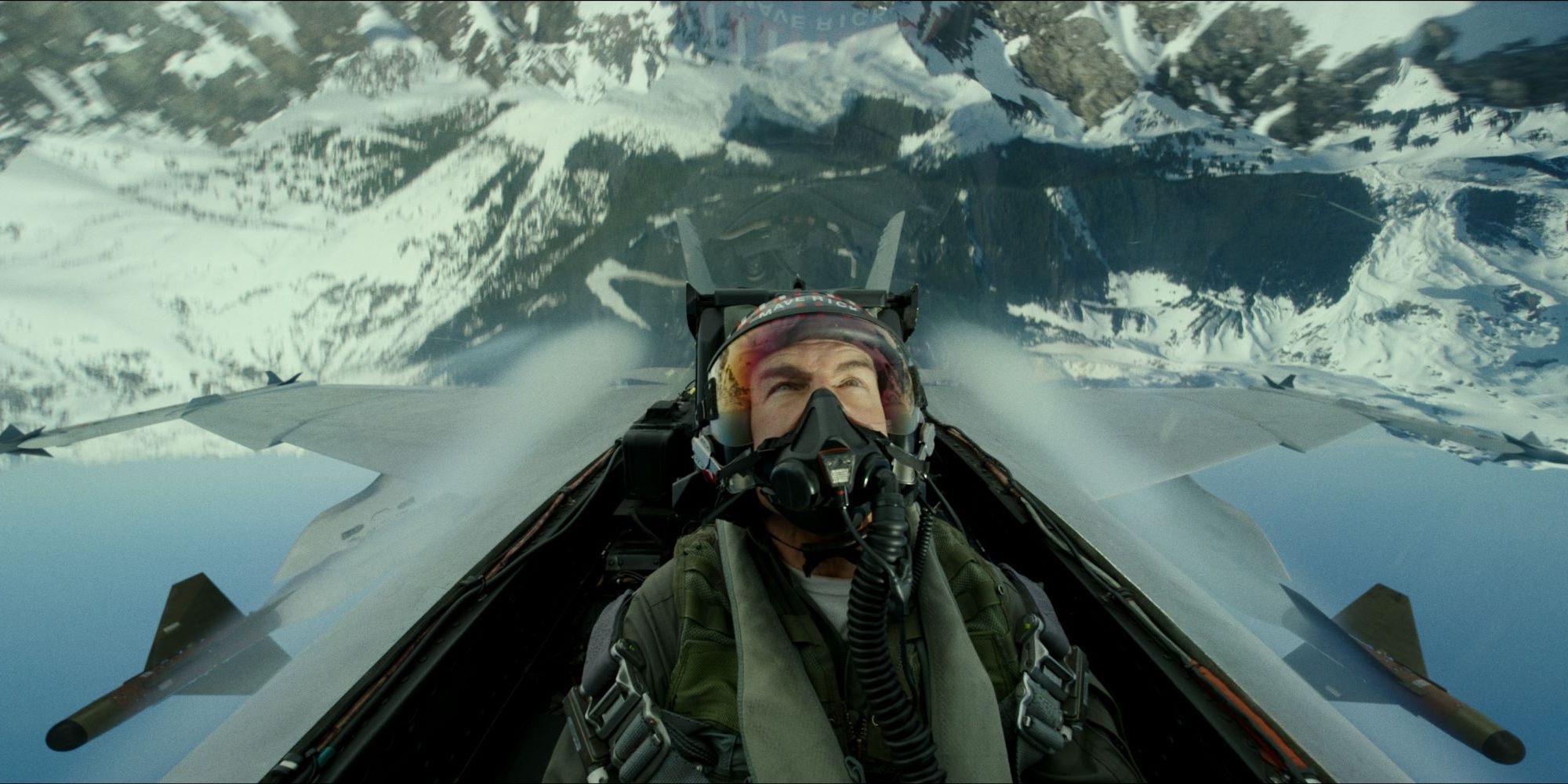 "We're fortunate because 36 years ago, we made the first one and he was a young actor," Bruckheimer says of Cruise. "But since then he's worked with so many talented directors, so many talented writers, so many talented actors, producers, and he is a sponge. He absorbs all this knowledge. So we were the benefit of Tom's experience over the last 35 years that he brought to making this movie, both in his performance [and in] what he brought to the young actors. He was involved in every aspect of making this movie, in casting, in screenwriting. He comes to work in the morning, and he's excited. He wants to make the best movie you possibly can. I've worked with actors who can't wait to go home at night. He's there and he wants to just listen. This is what I love doing. This is what I want. I'm the same way, I can't wait to work on these movies in the editing room and music and shooting it is so much fun."

Working with Cruise on Top Gun came with a major condition though – they do it all up in the air. In the original Top Gun, the plan was to have all of the actors shoot while flying the planes for real, but the G-force was so intense, the cast kept slurring, forgetting lines, or even passing out. All of them, that is, except Tom Cruise. For Maverick, Cruise personally helped train the rest of the cast, and so every time you see an actor in a cockpit, they're really in the air, and they're really flying. I asked Bruckheimer if, even a little bit, he was ever tempted to just say 'screw it' and do it all on computers. 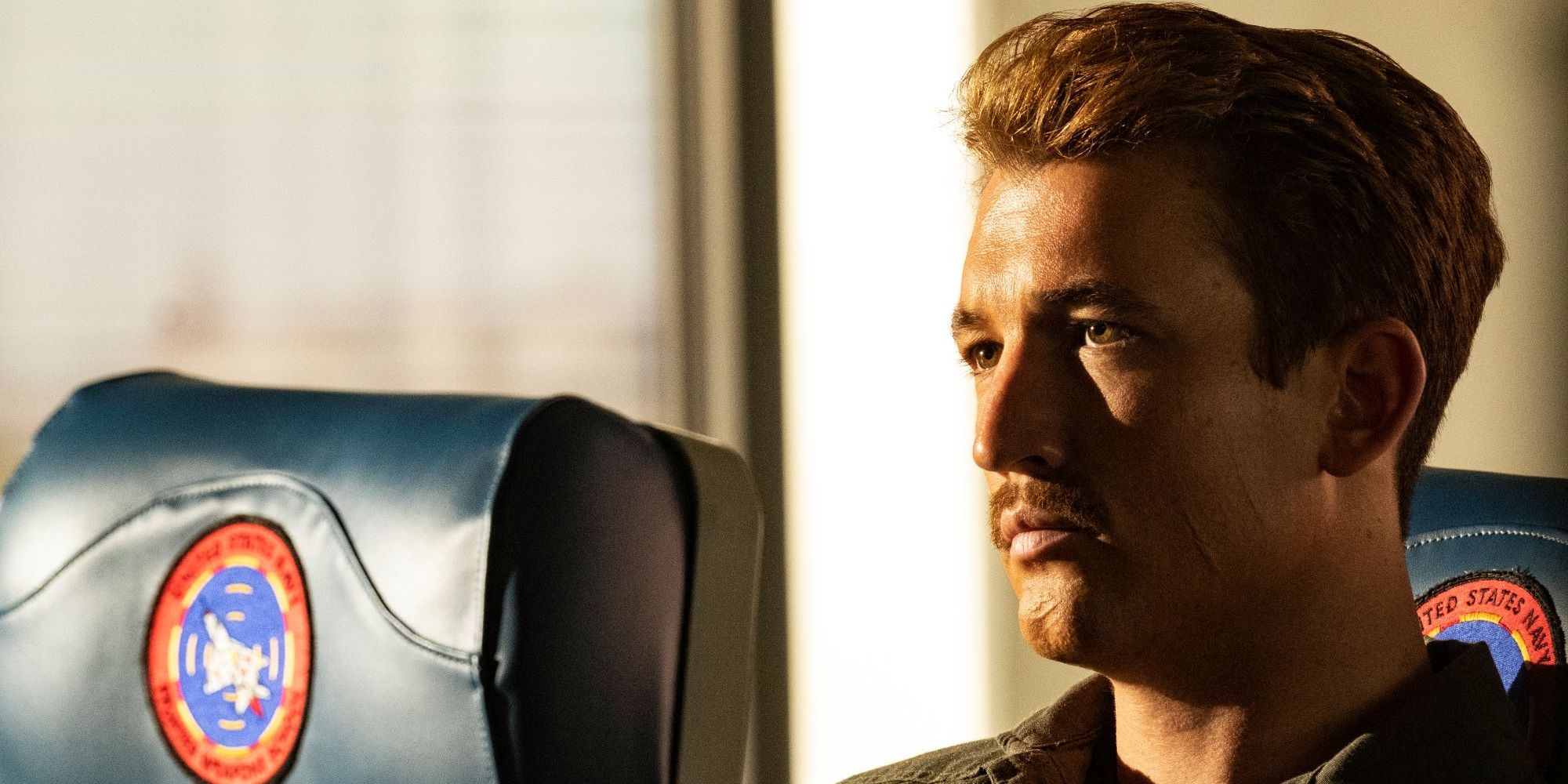 "It's Tom Cruise," he smiles. "You're not going to do that. Everything had to be real. One of the reasons that he made the movie is when Joe [Kosinski, director] and I flew to Paris, Joe had the idea of how he's going to make the movie. The first thing he pitched was 'we're going to do this for real'. We're going to build a real Darkstar, we're going to get our actors in those planes and figure out how they can have the G-tolerance to be able to act up there. And Tom designed a programme that took the actors three months. They went first with a prop plane up there. Then they went to the aerobatic prop, and then went to the jet, and then finally in the F-18. So they went from your body weight as one G-force, they were doing seven times. Their body weight's seven Gs up there. And you can see it, you can feel it when you watch the movie. That's what makes it so different from anything else you're gonna see. It's never been done before."

As well as the idea that the plane sequences would be shot actually up in the air, another factor in Cruise coming back as perhaps his most popular character was a lot more down to earth. "One of the prerequisites for making this movie from Tom was 'Val [Kilmer, Iceman in 1986's Top Gun] has to be in it'," Bruckheimer says. "We worked out his character along with Tom, how he was going to play this part, what he was going to do. Chris McQuarrie [writer] and Joe Kosinski were very involved with Tom in creating the character in the dialogue. The emotions, it's a terrific part of the film." 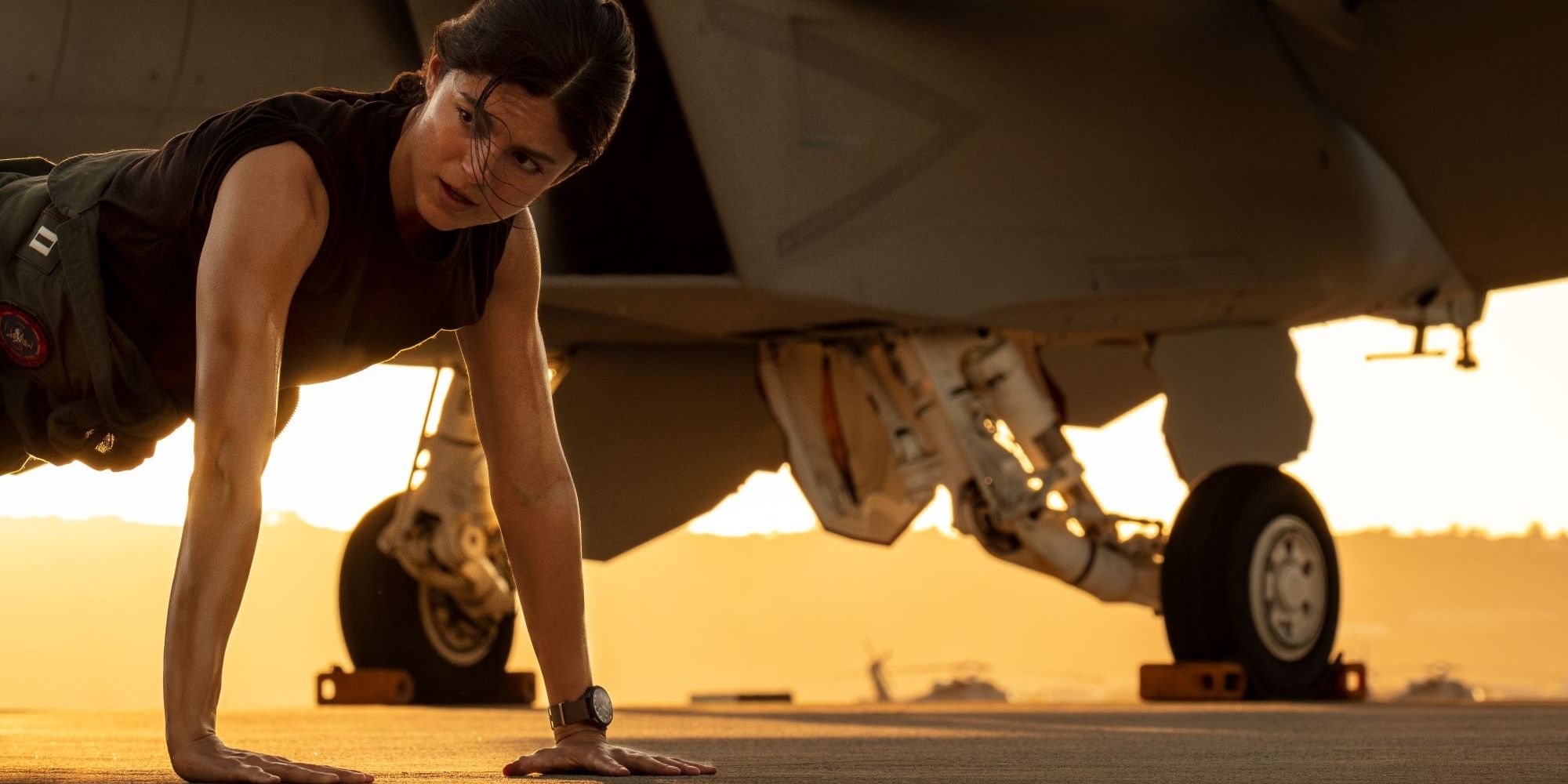 For all the macho bravado that goes with any action movie, Top Gun has always been in touch with its sensitive side. There's the famous volleyball scene (recreated in Maverick as dogfight football), but also a couple of heartfelt moments of sadness, all underpinned by a love story. Maverick, too, is held together by romance. "[The love story is] part of his journey," Bruckheimer says. "When you first see Maverick in this movie he's coming out of a trailer, he's by himself. He's got everything around him that he loves – aviation. The one thing that's missing is a relationship in his life. And that's his character journey and how he finds this relationship with Jennifer Connelly."

As for exactly why Top Grun and Maverick himself have endured, if you’re expecting Bruckheimer to have the secret formula, all he can offer is an honest shrug. "I can't answer," Bruckheimer admits. "I don't know how to answer that. Because when we made the first one, it didn't get stellar reviews, we really didn't. [It eventually grossed over $350 million off a $15 million budget.] So, we had no idea what we had. We knew we made a really entertaining movie, but until the third weekend, I didn't realise it was gonna be the hit that endured all these years. You just don't know what's going to happen. You put your best effort forward and you try to make the best movie you can and sometimes they work and sometimes they don't."

Top Gun: Maverick is exclusively in cinemas May 25, in 4DX and IMAX