At first glance, JoJo’s Bizarre Adventure: Stone Ocean looks like ‘JoJo, But In Prison.’ However, this arc is so much more than that. Stone Ocean introduces the first female JoJo, Jotaro’s daughter Jolyne Cujoh. Plus, DIO’s influence still permeates the story, even after the character’s death almost fifteen years prior. By the way, there’s a prison chaplain that can steal Stands and burn them onto discs. Are you feeling lost yet?

All-Star Battle R’s JoJo Glossary has the essential terms you should know about Stone Ocean. However, you’ll have to defeat the Father Pucchi boss battle in ASB Mode to unlock this glossary chapter. Fortunately, we jailbroke this section out of its video game prison! So feel “Stone Free” to peruse.

We alphabetically organized this guide into three sections. You can jump through these sections via the Table of Contents. 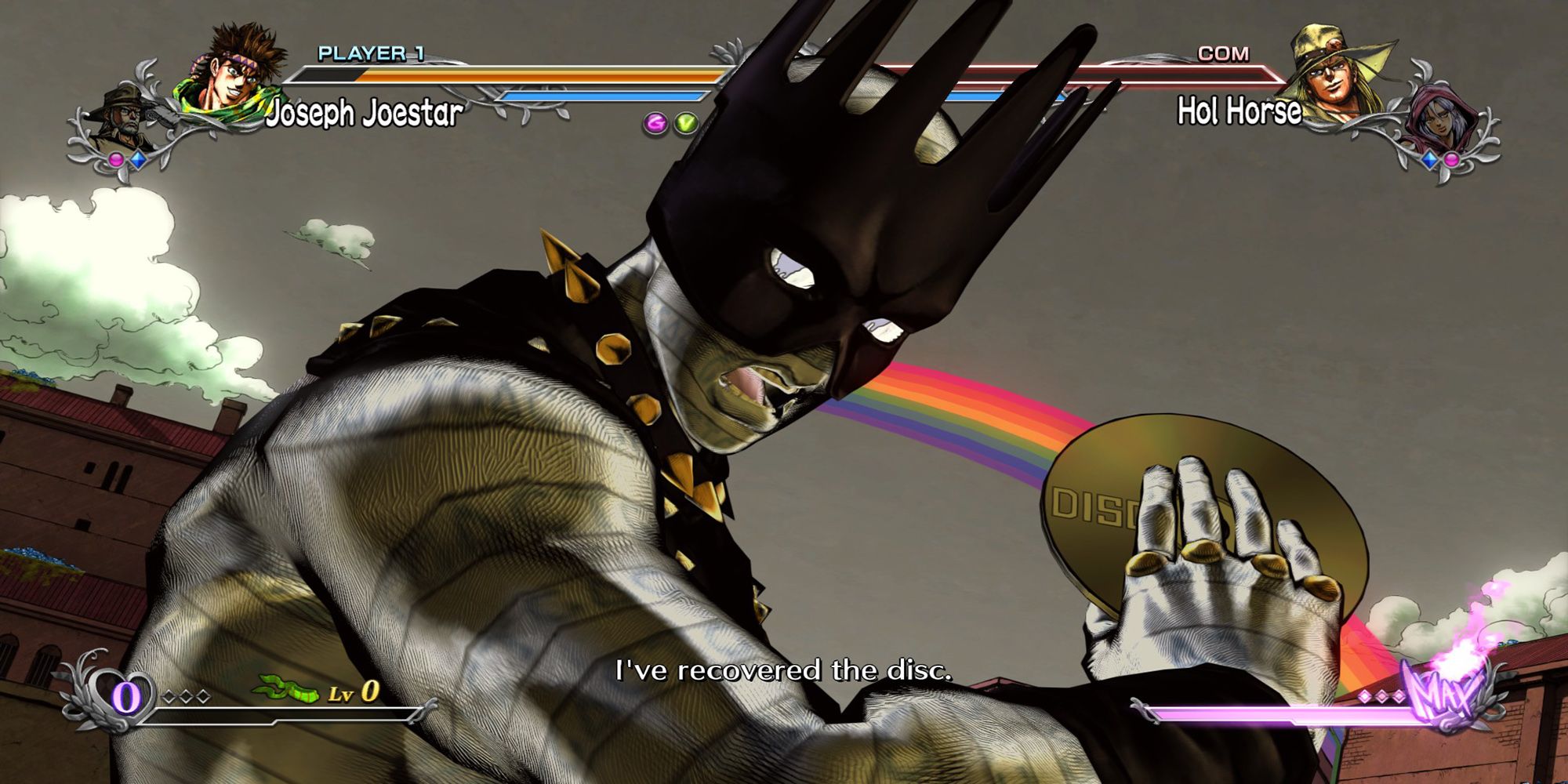 Prisoner ID FE39423. Arrested for kidnapping. Wanted to be a kidnapping victim as a child, but became a kidnapper instead. Died by exploding handcuffs.

The memories or Stand of any living thing, extracted onto a disc using Pale Snake's special ability. If installed into someone else's head, the memories and Stand can be transferred to that person.

Narciso Anastasia's Stand. It can store energy for attacks like kicks and punches somewhere and then unleash it at will. It can also dive into living and non-living things and disassemble or change them from the inside out.

User of the Stand Burn the House Down. A boy who secretly lives in the Green Dolphin Street State Prison. Helps Jolyne from the back lines.

User of the Stand Smack. Jolyne's friend and confidant who awakened her Stand after being pierced by the Stand Arrow in Jolyne's pendant. Cheerful and wears her heart on her sleeve.

Where Jolyne and Ermes went as part of a search party. In the barn is a tractor that discs were hidden in. They then found themselves in battle with F.F., the guardian of the discs.

User of the Stand Pale Snake. The chaplin of the Green Dolphin Street State Prison. He seeks to find the Way to Heaven to lead humanity to happiness.

A creature given life when Father Pucchi inserted a Stand disc into some plankton. They require water to live. 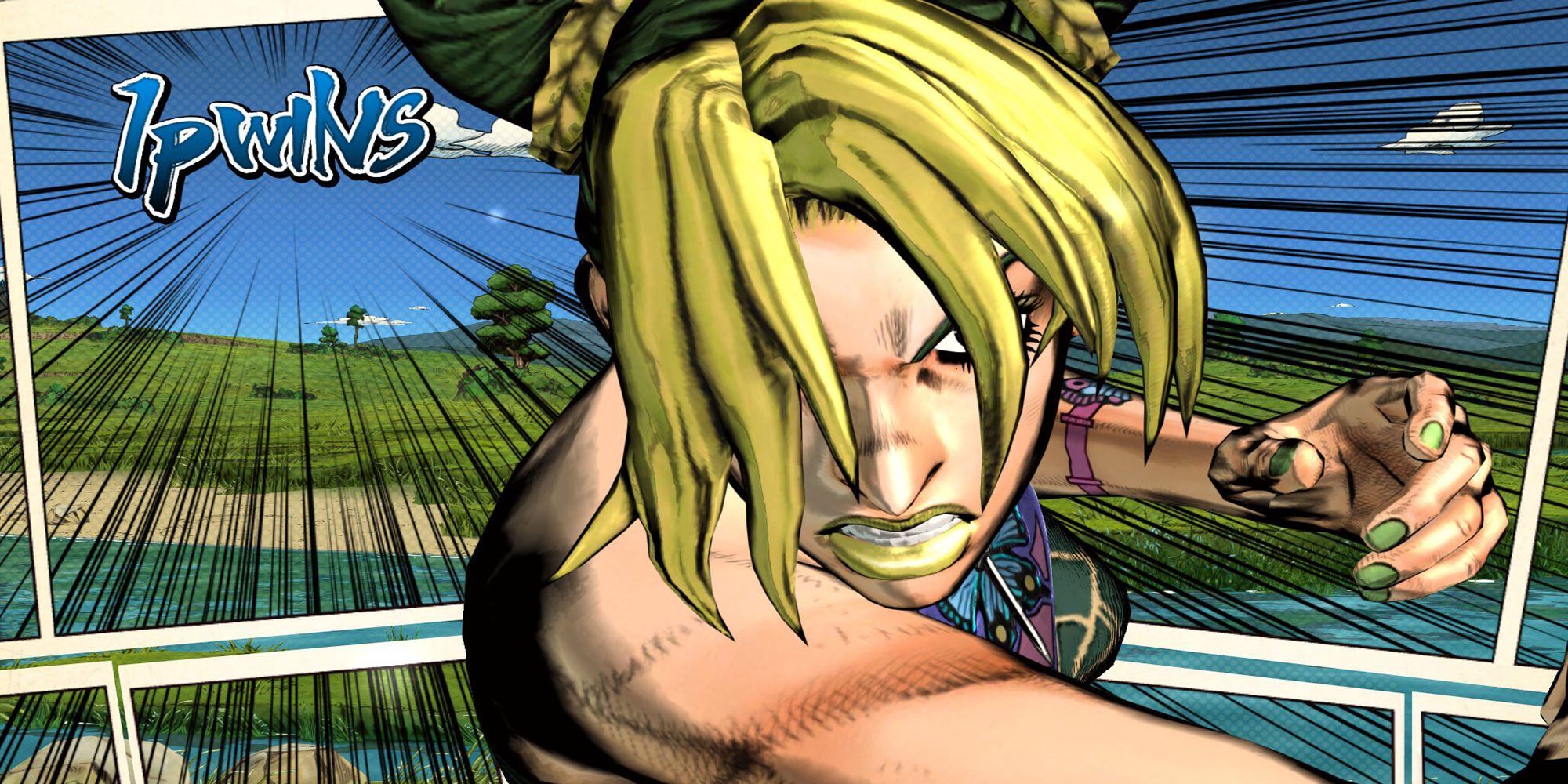 Where Jolyne is incarcerated. Its full title is the Green Dolphin Street Maximum Security Prison Facility. Pucchi uses Jolyne as bait to draw Jotaro to the place, then steals his memory and Stand as a disc.

User of the Stand Stone Ocean. Daughter of Jotaro Kujo, and great-granddaughter of Joseph Joestar. Stands out for her childish conduct at first, but her father's cool judgment and affinity for bold action soon show through as she matures.

User of the Stand Diver Drive. He wants to marry Jolyne. At first, he is cruel to everyone but her, but softens over time. Hearing about Jolyne's escape from prison, he forces Weather Forecast to help him find her.

The Stand of Father Pucchi, with the ability to steal people's memories and their Stands and capture them as discs. The discs can then be inserted into some other person or being to control them. 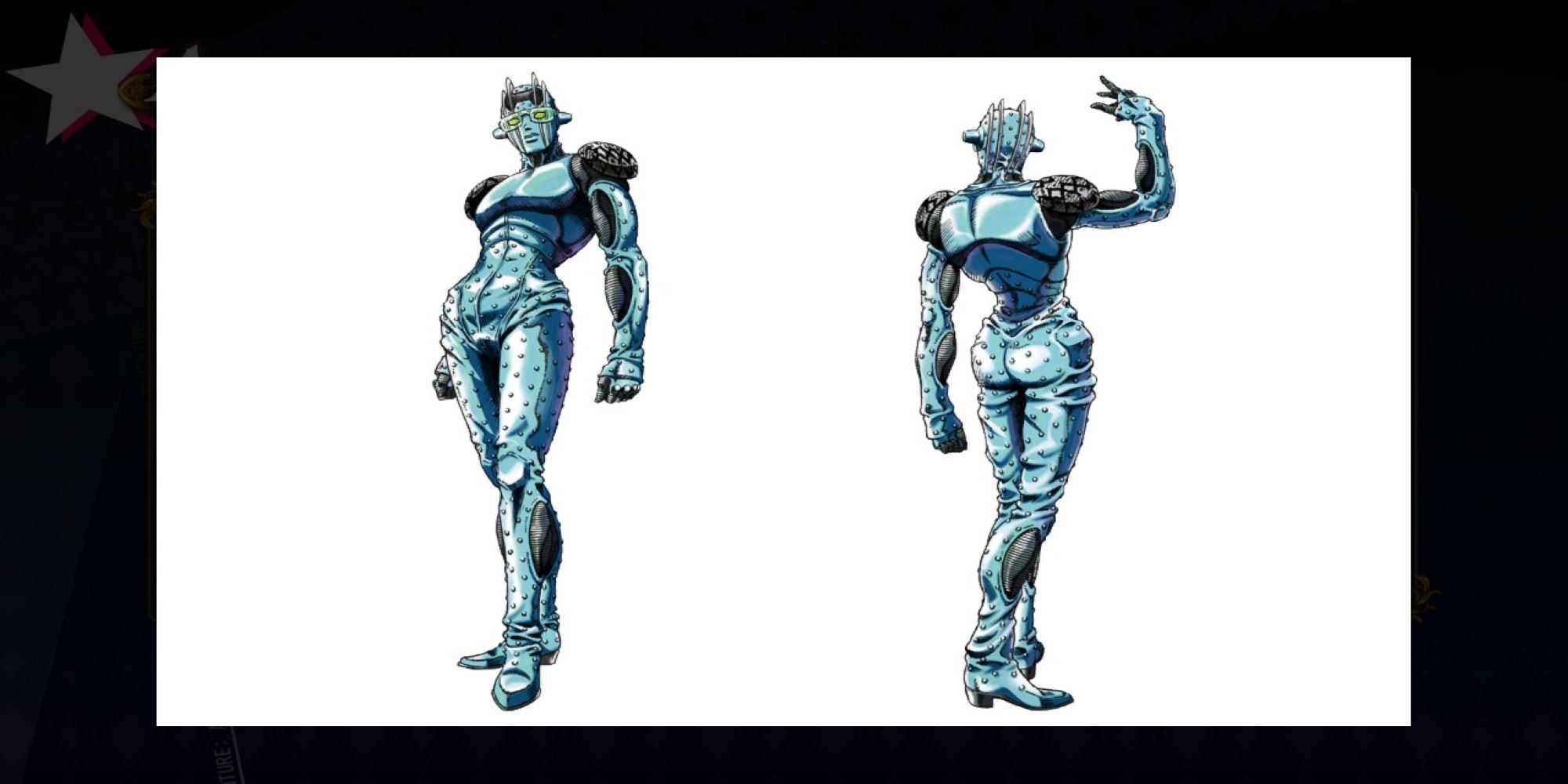 Ermes Costello's Stand. It can produce special stickers that create a second copy of whatever they are adhered to. When the sticker is removed, the two copies fuse together with great force, doing damage to each other and anything in between.

Jolyne Cujoh's Stand, which at first allows her to turn her flesh into a string she controls, but later develops a humanoid form of its own. Besides physical strength, it offers various combat advantages, such as deflecting attacks.

Stand: Freeway thru hell. A self-obsessed man, he is neither hostile nor wicked, but does look for a companion in suicide. Pale Snake calls him "pure evil," and Ermes calls him "rotten to the core."

The Way To Heaven

A recipe for reaching the paradise of heaven, demanding such things as the souls of thirty-six (or more) felons, and fourteen secret words. It was recorded by DIO, but the note was burned by Jotaro. By stealing his memory disc, Pucchi learns the recipe.