Kodiak Robotics, a startup developing self-driving truck technologies, today announced that it raised $125 million in an oversubscribed series B round for a total of $165 million to date. The tranche — which includes investments from SIP Global Partners, Lightspeed Venture Partners, Battery Ventures, CRV, Muirwoods Ventures, Harpoon Ventures, StepStone Group, Gopher Asset Management, Walleye Capital, Aliya Capital Partners, and others — will be put toward expanding Kodiak’s team, adding trucks to its fleet, and growing its autonomous service capabilities, according to CEO Don Burnette.

“Our series B drives us into hyper-growth so we can double our team, our fleet, and continue to scale our business,” Burnette said in a statement. “With [it], we will further accelerate towards launching our commercial self-driving service with our partners in the coming years to help address these critical challenges.”

While autonomous trucks could face challenges in commercializing at scale until clearer regulatory guidelines are established, the technology has the potential to reduce the cost of trucking from $1.65 per mile to $1.30 per mile by mid-decade, according to a Pitchbook analysis. That’s perhaps why in the first half of 2021, investors poured a record $5.6 billion into driverless trucking companies, eclipsing the $4.2 billion invested in all of 2020.

The semi- and fully autonomous truck market will reach approximately $88 billion by 2027, a recent Acumen Research and Consulting estimates, growing at a compound annual growth rate of 10.1% between 2020 and 2027.

Kodiak, which was cofounded by Burnette and former venture capitalist Paz Eshel, emerged from stealth in 2018. After leaving Google’s self-driving project for Otto in early 2016, Burnette briefly worked at Uber following the company’s acquisition of Otto in 2016 at a reported $680 million valuation.

“I was very fortunate to be an early member of and software tech lead at the Google self-driving car project, the predecessor to Waymo. I spent five years there working on robotaxis, but ultimately came to believe that there were tons of technical challenges for such applications, and the business case wasn’t clear,” Burnette told VentureBeat via email. “I realized in those early days that long-haul trucking represented a more compelling use case than robotaxis. I wanted a straight-forward go-to-market opportunity, and I saw early on that autonomous trucking was the logical first application at scale.”

Kodiak’s self-driving platform uses a combination of light detection and ranging radar known as lidar as well as camera, radar, and sonar hardware. A custom computer processes sensor data and plans the truck’s path. Overseen by a safety driver, the brakes, steering column, and throttle are controlled by the computer to move the truck to its destination. 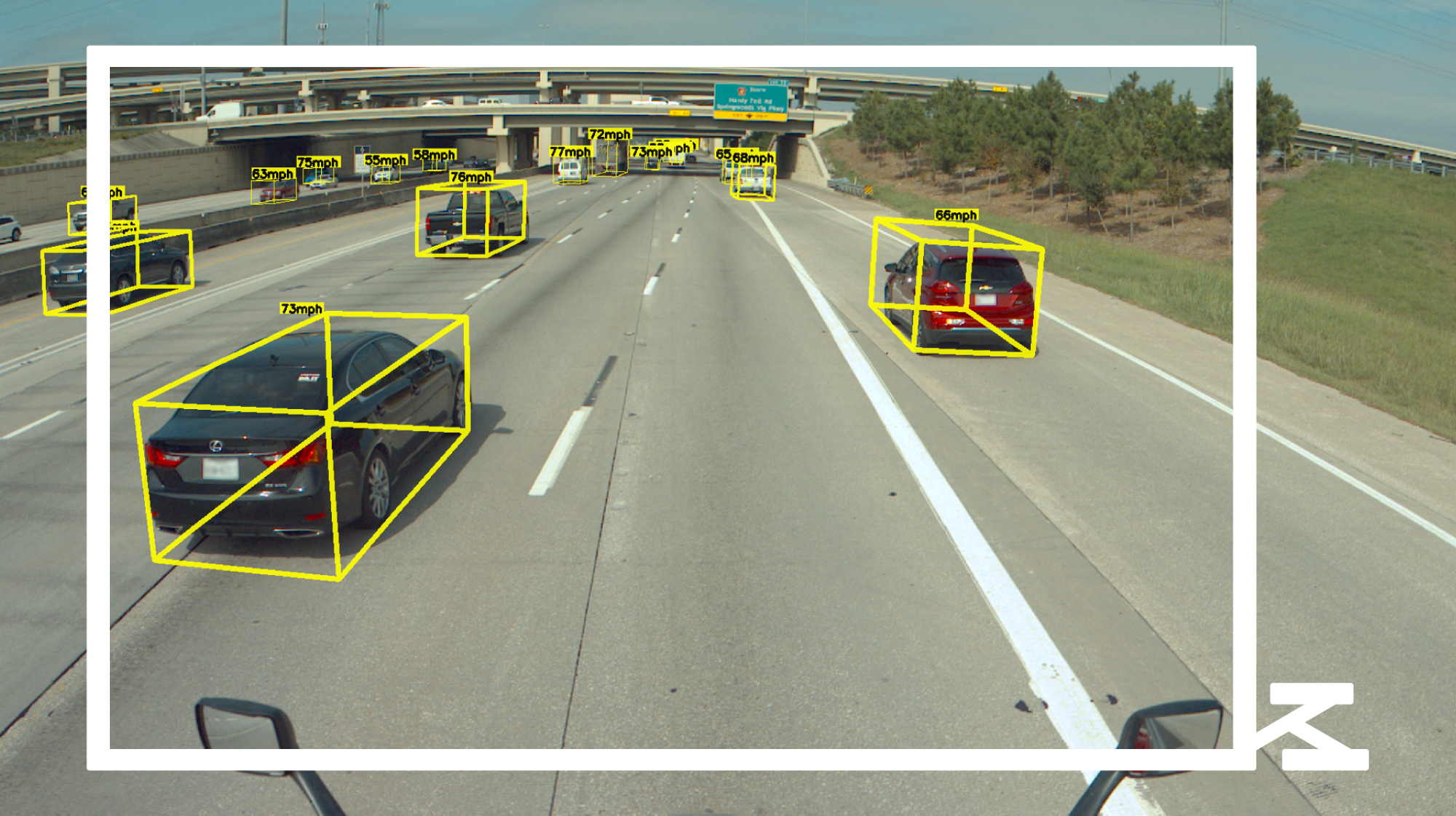 Kodiak’s sensor suite collects raw data about the world around the truck, processing raw data to locate and classify objects and pedestrians. The above-mentioned computer reconciles the data with lightweight road maps, which are shipped to Kodiak’s fleet over the air and contain information about the highway, including construction zones and lane changes.

Kodiak claims its technology can detect shifting lanes, speed changes, heavy machinery, road workers, construction-specific signs, and more in rain or sunshine. Moreover, the company says its truck can merge on and off highways and anticipate rush hour, holiday traffic, and construction backups, adjusting their braking and acceleration to optimize for delivery windows while maximizing fuel efficiency.

“Slower-moving vehicles, interchanges, vehicles on the shoulder, and even unexpected obstacles are common on highways. The Kodiak Driver can identify, plan, and execute a path around obstacles to safely continue towards its destination,” Kodiak says on its website. “The Kodiak Driver was built from the ground up specifically for trucks. Trucks run for hundreds of thousands of miles, in the harshest of environments, for extremely long stretches. Our focus has always been on building technology that’s reliable, safe, automotive-grade, and commercial ready.”

The growing network of autonomous trucking

In the U.S. alone, the American Trucking Association (ATA) estimates that there are more than 3.5 million truck drivers on the roads, with close to 8 million people employed across the segment. Trucks moved more than 80.4% percent of all U.S. freight and generated $791.7 billion in revenue in 2019, according to the ATA.

But the growing driver shortage remains a strain on the industry. Estimates peg the shortfall of long-haul truck drivers at 60,000 in the U.S., a gap that’s projected to widen to 160,000 within the decade.

Chasing after the lucrative opportunity, autonomous vehicle startups focused on freight delivery have racked up hundreds of millions in venture capital. In May, Plus agreed to merge with a special purpose acquisition company in a deal worth an estimated $3.3 billion. Self-driving truck maker TuSimple raised $1 billion through an initial public offering (IPO) in March. Autonomous vehicle software developer Aurora filed for an IPO last week. And Waymo, which is pursuing driverless truck technology through its Waymo Via business line, has raised billions of dollars to date at a valuation of just over $30 billion.

Other competitors in the self-driving truck space include Wilson Logistics and Pony.ai. But Kodiak points to a minority investment from Bridgestone to test and develop smart tire technology as one of its key differentiators. BMW i Ventures is another backer, along with South Korean conglomerate SK, which is exploring the possibility of deploying Kodiak’s vehicle technology in Asia. 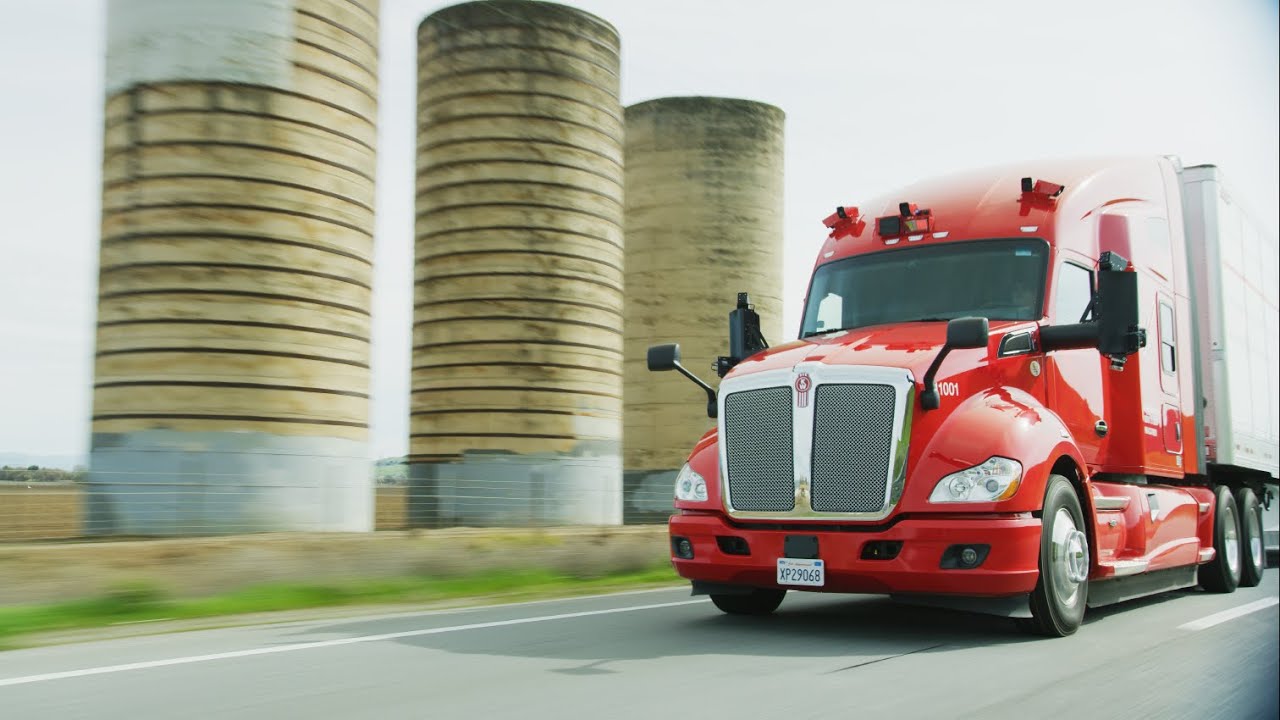 “Kodiak was founded in April 2018 and took delivery of its first truck in late 2018. We completed our first closed-course test drive just three weeks later, and began autonomously moving freight for [12] customers between Dallas and Houston in the summer of 2019,” Burnette said. “Our team is the most capital-efficient of the autonomous driving companies while also having developed industry leading technology. We plan to achieve driverless operations at scale for less than 10% of what Waymo has publicly raised to date, and less than 25% of what TuSimple has raised to date.”

Eight-five-employee Kodiak recently said that it plans to expand freight-carrying pilots to San Antonio and other cities in Texas. The company is also testing trucks in Mountain View, California, with a headcount that now stands at 85 people.

In the next few months, Kodiak plans to add 15 new trucks to its fleet, for a total of 25.

“We are at a pivotal moment in the autonomous vehicle industry. It’s not a question of will autonomous trucking technology happen — it’s when is it going to happen,” Burnette continued. “That being said, logistics is an $800 billion-per-year industry with a lot of room for many players to be successful.