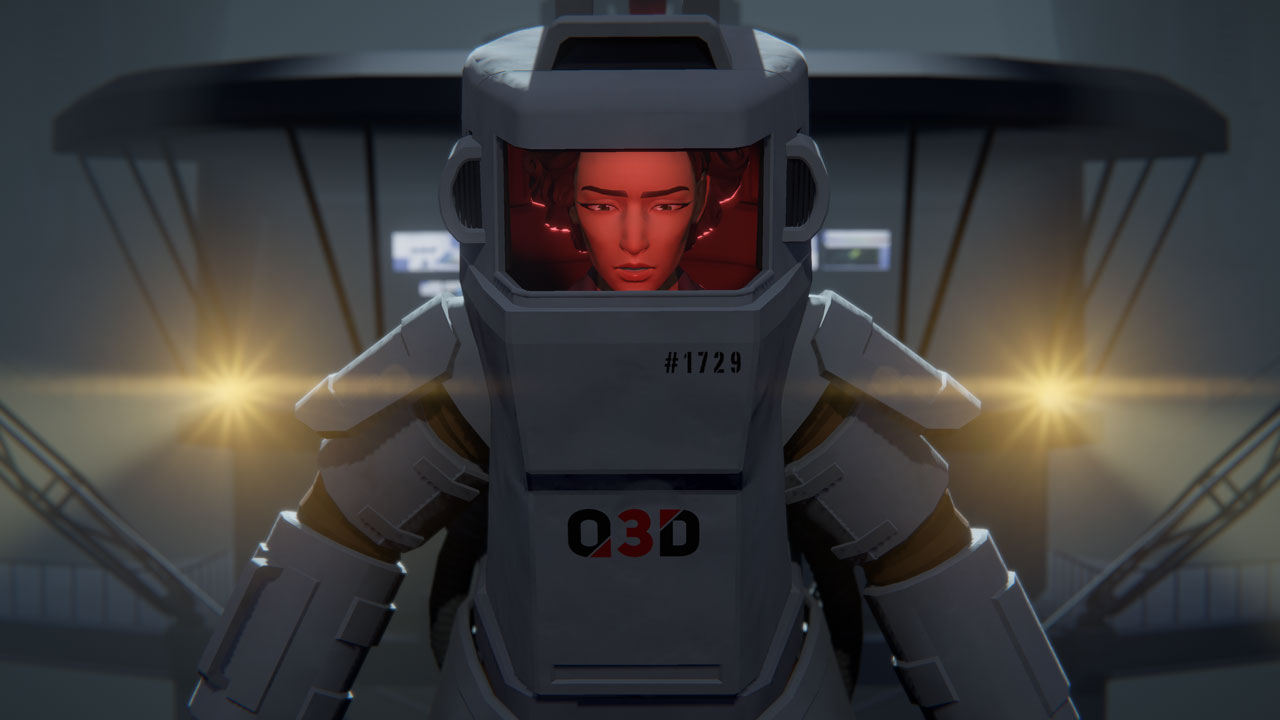 The makers of Virginia return with an ambitious new story-led game that features a side of London you never normally see in games.

Developer Variable State’s first game was 2016’s Virginia, the Lynchian story of an FBI agent on her first case. It was surreal, beautiful, and told entirely without dialogue. It was also critically well received but given the large number of deeply peculiar decisions that went into shaping it, perhaps not an easy game to follow up.

It’s just as well that Last Stop doesn’t try. It uses a similar quasi-realistic cartoon style, but other than that it’s a very different proposition. For one thing it’s fully voiced, but more importantly, rather than an American law enforcement setting, it takes place in modern London. And apart from an opening shot of a postcard of Big Ben, it’s a landmark-free depiction of the side of London only residents get to see.

One character’s father lives in a housing estate with distinct similarities to the brutalist beauty of The Brunswick Centre, and another protagonist and his daughter have a flat in a building that both inside and out bears more than a passing resemblance to Notting Hill’s Trellick Tower, but aside from the occasional sidelong glance at a London architectural classic, it’s set in fictional but highly realistic neighbourhoods, and tells the story of three very different residents.

John is an out of shape single parent, whose job at the council is plagued by an overbearing boss; Donna’s a bored schoolgirl with a terminally ill mum; while Meena’s a brusque and ambitious employee of a shadowy security contractor, whose life revolves around secrets, lies and bitter work rivalries. In each of the chapters, you choose the order you want to experience their storylines.

While Last Stop goes a little way beyond the cruelly monikered ‘walking simulator’, its main focus remains the story and characters, and the overwhelming majority of its interactions involve selecting one of three dialogue options when prompted. While this soon forms a pleasing rhythm of choice and response, a great many of your options are either inconsequential or amount more or less to the same thing.

There are gamier moments: Meena can use her military training to scan situations or assailants and assess their threat level, there’s a brief musical rhythm action game, and you’ll sometimes need to tap shoulder buttons to make characters run faster, but none has a fail state and there’s no particular challenge involved.

What the game does extremely well, though, is capture a snapshot of ordinary 21st century London life. This is a game that includes the casual use of expressions like ‘hench’ and ‘bare bad t’ings’, and has the school age Donna huffing nitrous oxide canisters that she cheerfully launches at nearby piles of rubbish. Its grit and realism contrast nicely with the game’s more recherché plot, which gets into gear when John swaps bodies with a random neighbour, and Donna witnesses what appears to be an alien abduction.

It would be wrong to spoil what ensues over the following seven chapters, but other than a rather hasty wrap up, it’s fun, has plenty of twists, and is very much binge-worthy. Its televisual ‘previously on’ summaries, that begin new chapters for each character, are rarely necessary because the chances are you will only have concluded their previous episode moments before.

Like Virginia, this is a story told in cinematic style, from its frequent establishing shots of the capital to kinetic Edgar Wright-style set pieces. It keeps things moving and complements a game that at its heart is more about plot and dialogue than action. That doesn’t mean it’s not compelling though. Quite the opposite. It’s a game that’s easy to burn through in a couple of decent sized sittings.

There are moments its AA budget interferes, though. After a story where a great many choices feel incidental, the hectic and somewhat rushed-feeling climax chucks in three momentous, life-changing decisions in as many minutes. It doesn’t ruin things, and having that final save point means you can go back and see what happens in the opposite eventuality, but it doesn’t match the pacing of the rest of the game.

There are also times things can feel amusingly simplistic. Donna’s sister, a police officer, is in uniform at absolutely all times, just in case you forget what she does for a living, and many characters’ reactions to intensely bizarre situations amount to what sounds like mild irritation. Despite those anomalies, and occasional sixth form play-grade voice acting, most of the performances are superb, with Meena and the sonorous ‘stranger’ being standouts.

From its highly unusual setting and immaculately observed slice of authentic London life, to the genuine characters and delightfully loopy plot, Last Stop is a pleasure to play. Its relatively mellow pace and continual decision making create an entertaining flow that quickly becomes addictive. Along with Virginia, this makes Variable State a studio well worth keeping an eye on.

In Short: A twisting and engaging portmanteau tale of the unexplained, set in a London that’s refreshing in its finely observed normality.

Pros: Believable characters, a side of Britain’s capital you’ll never see in films or TV, and a contrastingly strange storyline.

Cons: Many of the dialogue choices seem trivial, the finale feels a little out of step with the rest of the game, and there’s an occasional iffy bit of voice acting.