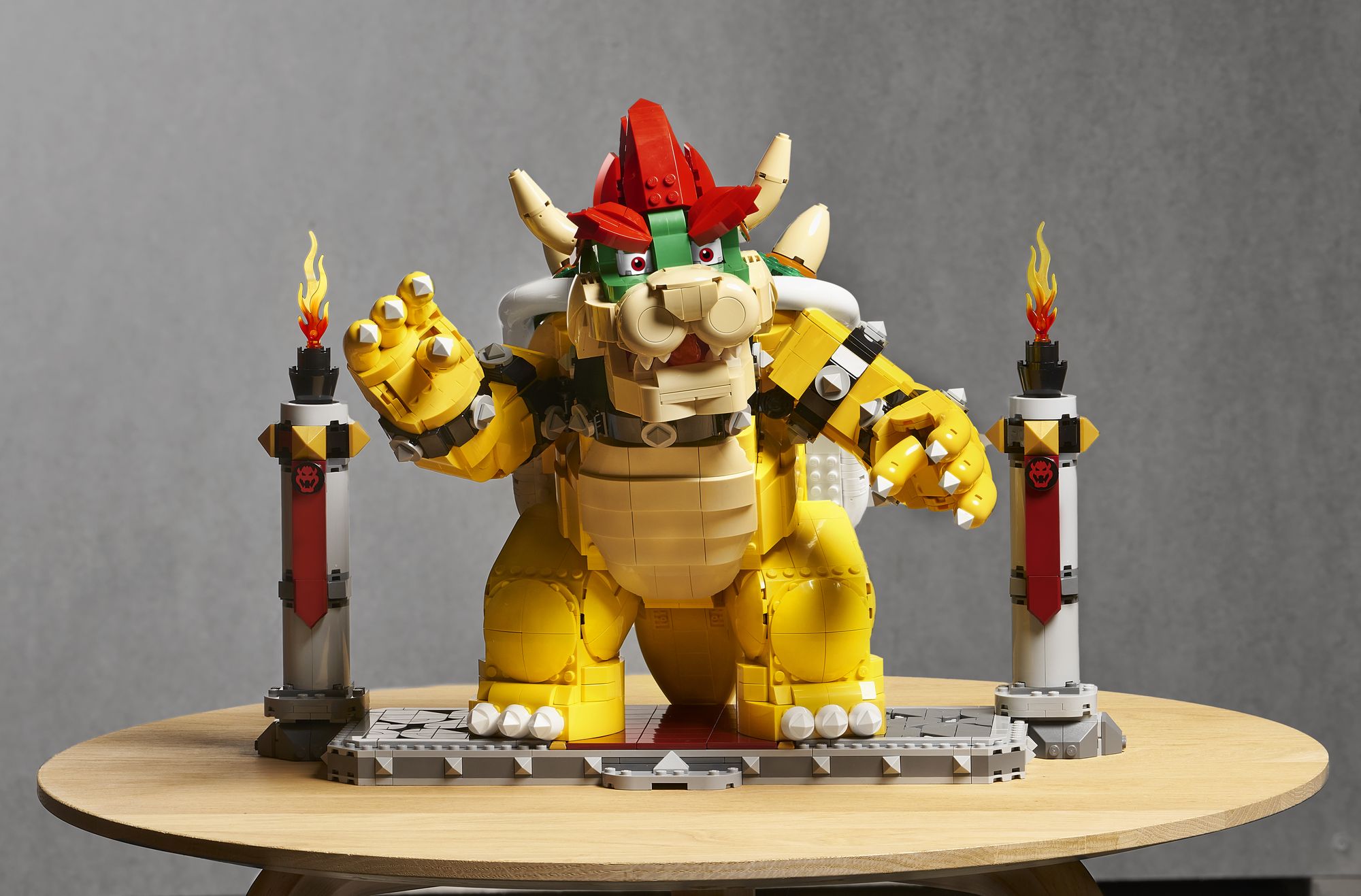 The latest Super Mario set from Lego is the most expensive so far and is basically a giant interactive puppet of bad guy Bowser.

Lego certainly hasn’t gone for the obvious with its use of the Super Mario licence. Rather than just making some regular buildings and vehicles, and calling it a day, they’ve created an entire range of interactive playsets that use special Bluetooth minifigures of Mario and Luigi.

Instead of just giving them the licence and forgetting about it, Nintendo has been very hands-on in designing the sets, but there have also been some aimed at older fans, including a recreation of the NES console (complete with animated retro TV), and a Super Mario 64 homage that transforms from a ? Block to a number of separate dioramas.

And now there’s a third, even bigger and more expensive set, which recreates Bowser in all his evil glory, and yet still interacts with the Mario minifigures.

The video below explains everything pretty well but rather than being a static model the whole thing is surprisingly flexible, with special built-in buttons that control Bowser’s head and mouth, and the ability to shoot out fireballs.

The designer explains how the rest of his body has been designed to work like a puppet, so when you lift it up his legs move realistically as if he’s actually jumping.

That means that when he’s fighting the Mario minifigure it all looks pretty amazing, with a break apart diorama and little QR code style tiles on Bowser, so that Mario knows when he’s hit him and the appropriate sound effect can be played.

The set is called The Mighty Bowser and is due for release on October 1. It costs £229.99, which is clearly not cheap, but for a licensed set with 2,807 pieces it’s actually pretty good value for Lego in general.

You can’t pre-order it yet but it is already listed on the Lego website, where it’s set #71411.

It’s still unclear exactly what kind of licensing deal Lego has with Nintendo as so far they’ve not made anything based on any franchise other than Super Mario.

There was a trio of Luigi’s Mansion sets but that’s kind of the same thing and it’s still uncertain whether they’ll ever make sets based on Zelda, Animal Crossing, and other Nintendo properties.

Given how successful these sets have been it does seem inevitable, but at the moment the next big release is the Princess Peach minifigure and a number of other playsets including Peach’s Castle set – which will be out on August 1.