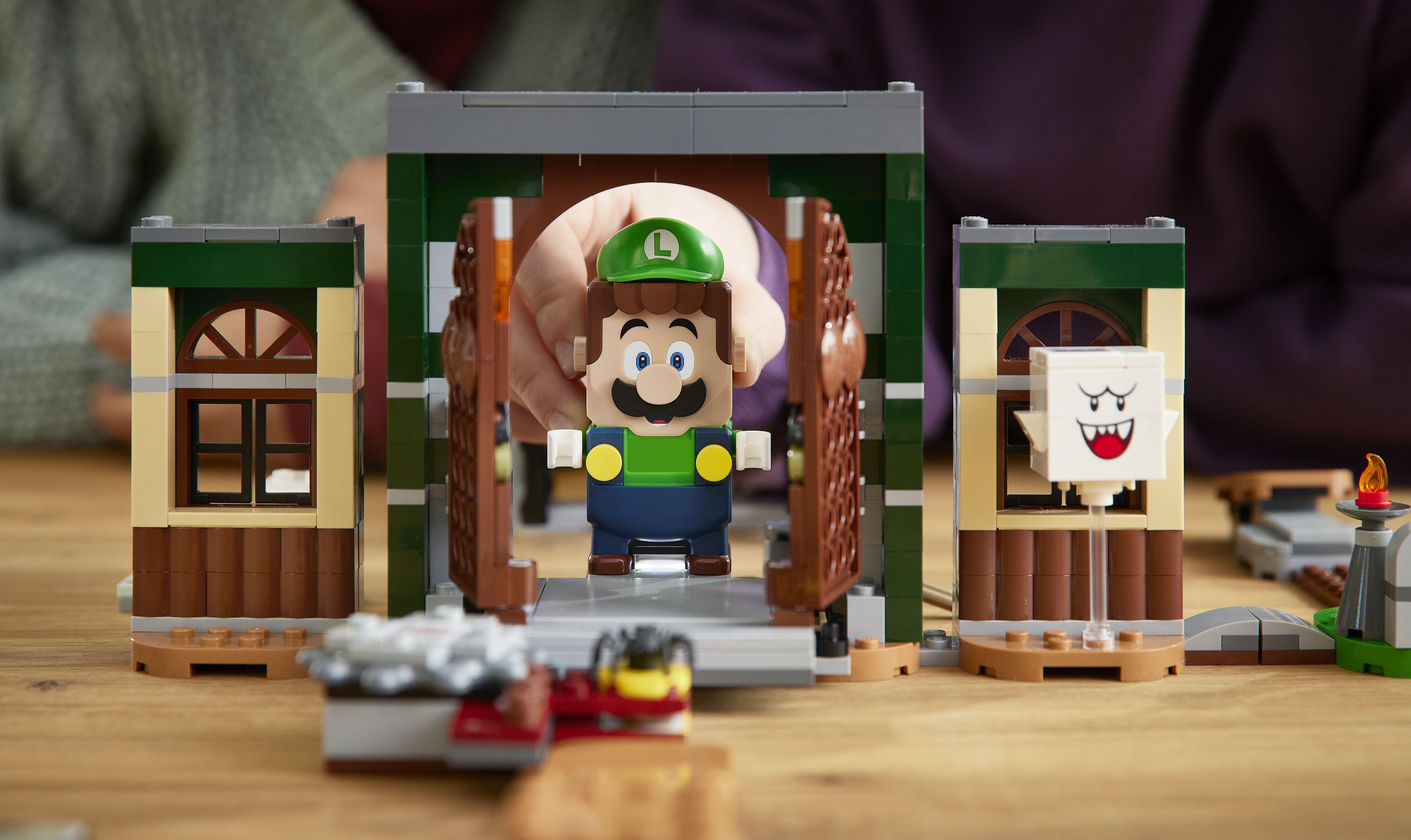 It might not be out in time for Halloween, but three spooky new Luigi’s Mansion themed sets are being added to the Lego Super Mario range.

Nintendo and Lego continues to feel like a match made in heaven but for the first time they’ve moved outside of the central Super Mario theme… although only as far as Luigi’s Mansion.

Whether other franchises like Zelda, Animal Crossing, or Metroid will ever get a look in is unclear but there’s already a Bluetooth Lego Luigi minifigure, so Luigi’s Mansion was an obvious next step.

You’ll need to buy that figure separately (or the Mario one if you want to go off-brand) but if you do you’ll find it’s compatible with three new sets due out on January 1: Luigi’s Mansion Lab and Poltergust, Luigi’s Mansion Entryway, and Luigi’s Mansion Haunt-and-Seek.

The Lab and Poltergust is the cheapest set, at £21.99, and comes with the customised vacuum cleaner that Luigi uses to suck up ghosts in the game, complete with a normal nozzle or a Strobulb accessory needed to startle ghosts. It’s also got a Gold Ghost, that gives coin rewards, and brick-built minifigure of Professor E. Gadd.

Although the idea is the same as the other Super Mario sets, in that you can use the Lego to create your custom levels, the Luigi’s Mansion sets are surprisingly accurate recreations of the game, including new sound effects and music for the Luigi minifigure.

Luigi’s Mansion Entryway costs £34.99 and comes with ally Polterpup, as well as a standard Boo and Bogmire. The bigger Haunt-and-Seek set costs £69.99 and has King Boo, a Garbage Can Ghost, a Grabbing Ghost, and a Toad.

Haunt-and-Seek includes a number of references to the actual games, including a haunted pool table, bed, dinning room, bathroom, and King Boo’s tower. There’s also a picture for the Toad to be caught in/rescued from.

All three sets can be combined to make a larger diorama or, since it is Lego, whatever else you can imagine.

It all looks great and while it’s aimed more at kids the recent ? Block Super Mario 64 homage is meant more for adults, so Lego clearly knows what it’s doing in terms of trying to appeal to each different type of fan.