Life Is Strange: One Quote From Each Main Character That Perfectly Sums Up Who They Are

Life is Strange surprised many upon its release. Not unlike other choice-driven narrative games Telltale’s The Walking Dead and Detroit: Become Human, Life is Strange fits in perfectly with this branch in style. But what sets it apart is not only the brilliantly executed butterfly effect system or the colorful art style that looks similar to a watercolor painting, but a cast that feels as real as the relationships shared between them.

It might not be what many consider a traditional video game, but it is nonetheless an important milestone in storytelling, character development, and even representation in the medium.

Contains spoilers for the main storyline 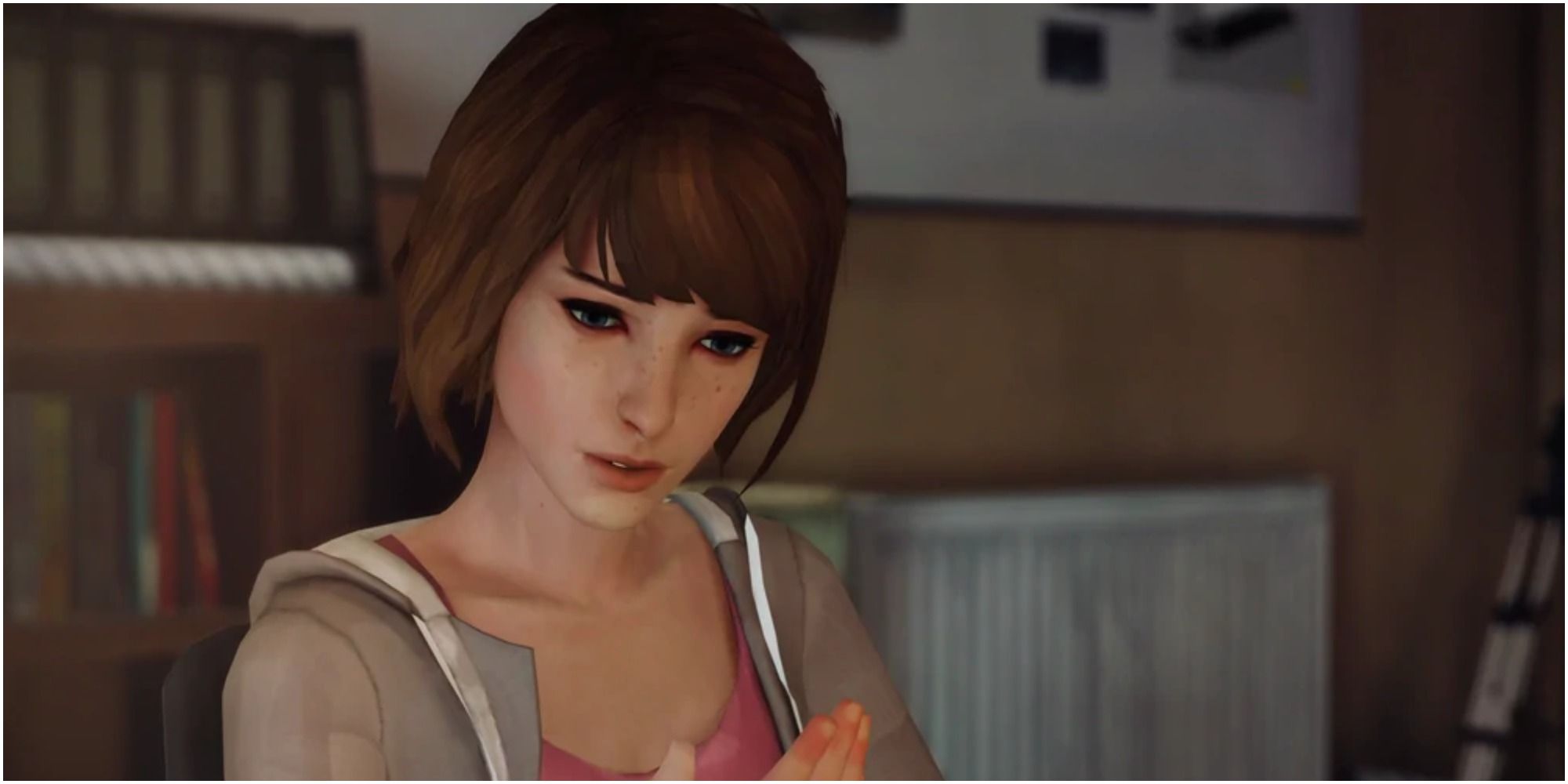 “I take photos. Of me, the world, everything. It may sound sad, but I have a blast.”

At the heart of Life is Strange is the story of Max Caulfield, a geeky introvert with an interest in photography who somehow finds herself with the ability to reverse time and affect the lives of everyone around her. Max’s Photography is her greatest passion, and she carries it with her wherever she goes in the form of her camera and her observant attitude. Almost as if she’s taking snapshots of the people she sees.

This quote exemplifies her biggest passion and also her strongest flaw. Max would prefer to observe life and take snapshots of it going by her because of her introverted nature. But as the story progresses, she learns to come out of her cocoon and take action with her abilities for those she loves. 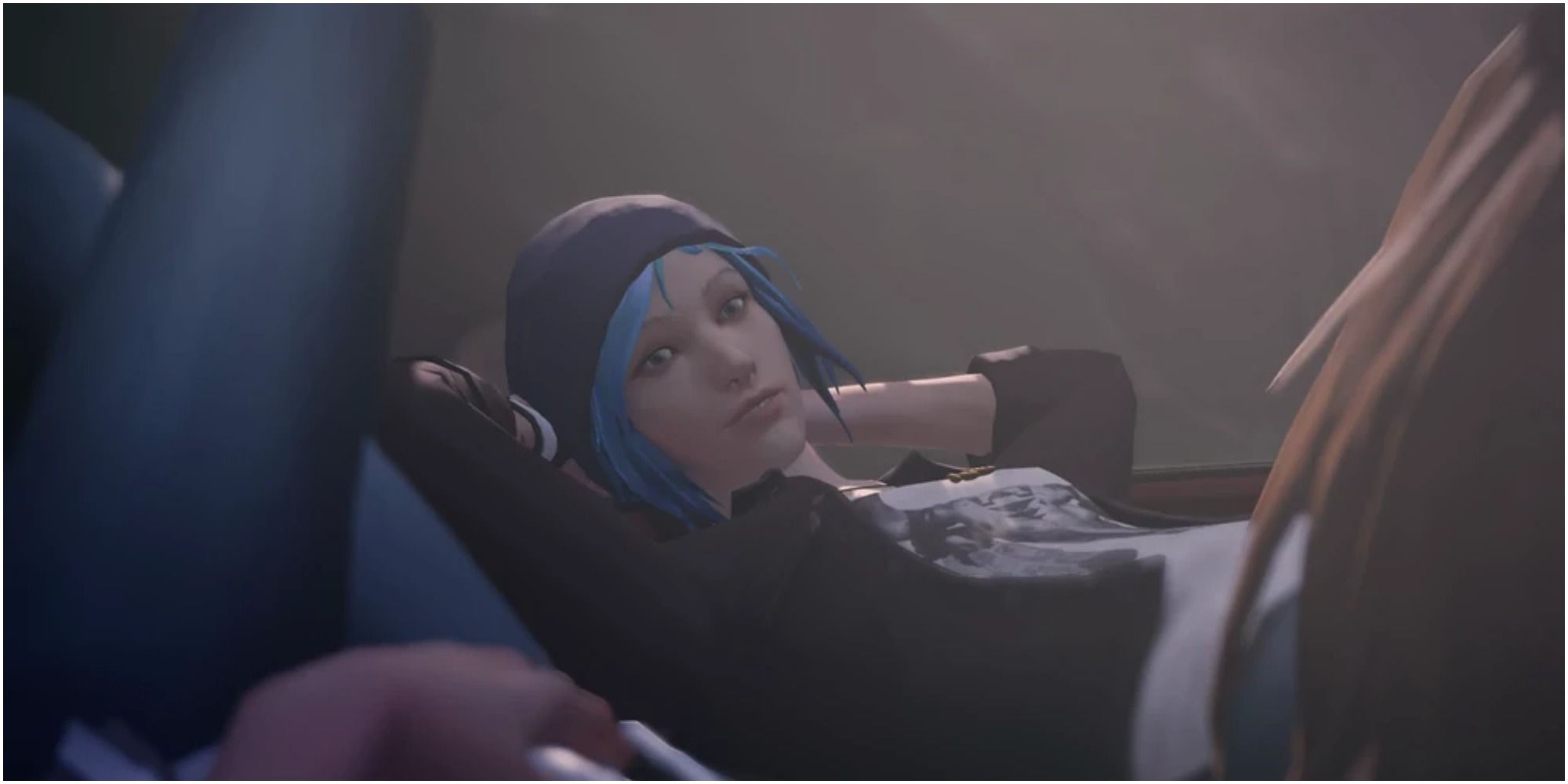 “You better not rewind and take that kiss back. You know I'm hotter than those Seattle art-holes, right?”

Chloe is the definition of a punk-rocker in all the best ways. She’s a rebellious teenager who loves to go against the flow and make her voice heard. But the one thing that seems to always get under her skin is the idea of losing her loved ones.

It’s because of this fear that Chloe sometimes does or says some pretty possessive and selfish things to keep those she cares about most around her. Even if it is playful. But despite her seemingly aggressive and tough exterior, she’s just a laid-back and loyal friend who, in the end, would give up anything to see her friends happy. Even if she loses them for good. 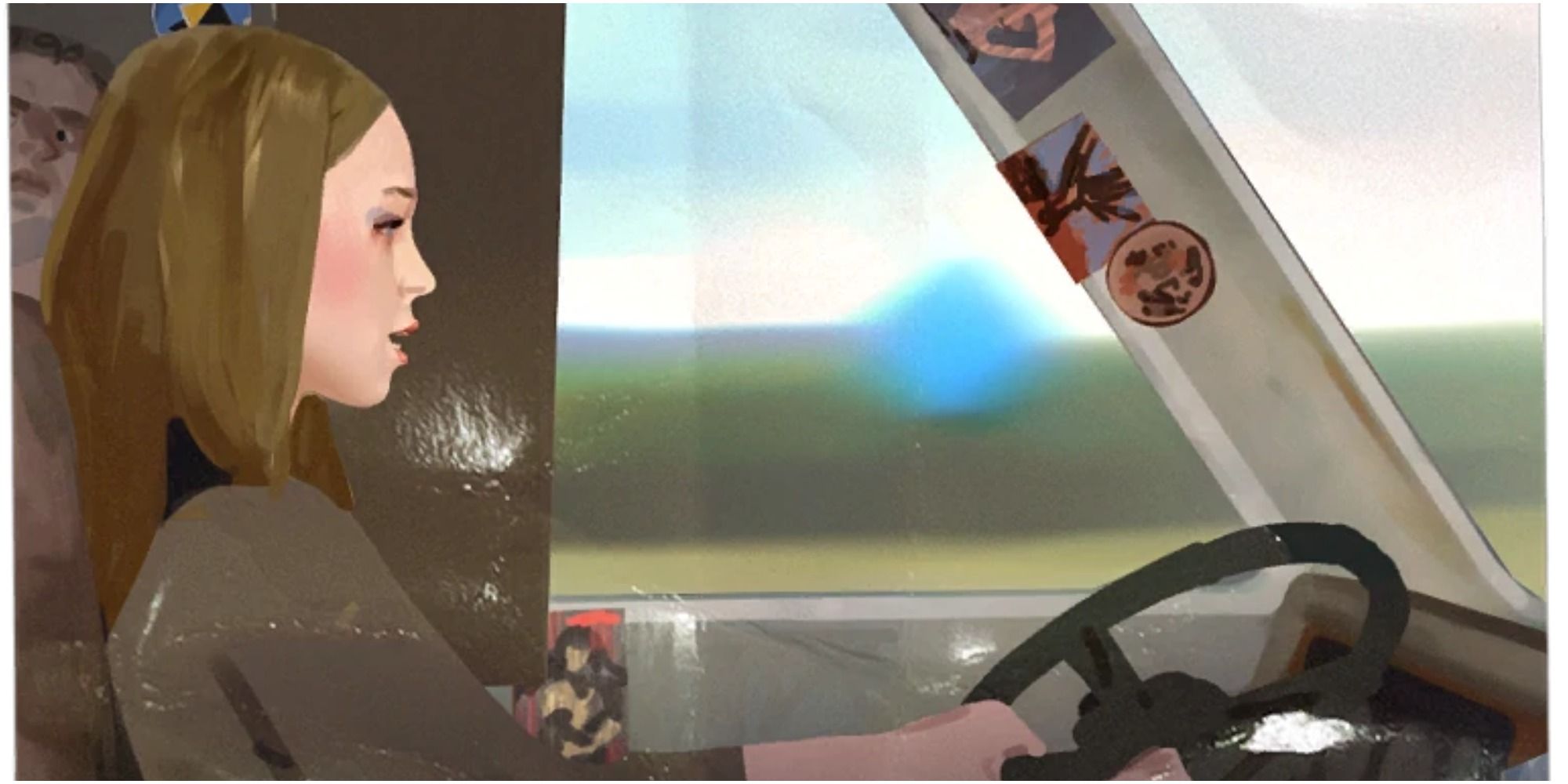 “Rachel Amber. She was my… angel.” – Chloe Price

Despite never appearing herself through the original game, Rachel’s impact can still be felt all across the events of Life is Strange. Her disappearance has put the entire town of Arcadia Bay on edge, and few feel worse about it than Chloe Price.

She had a strong friendship with Rachel, boarding on the romantic sometimes. Rachel restored life to Chloe after being separated from Max when the latter moved to Seattle. Chole’s room is littered with mementos from their time together, proving the importance of Rachel’s role in her life. 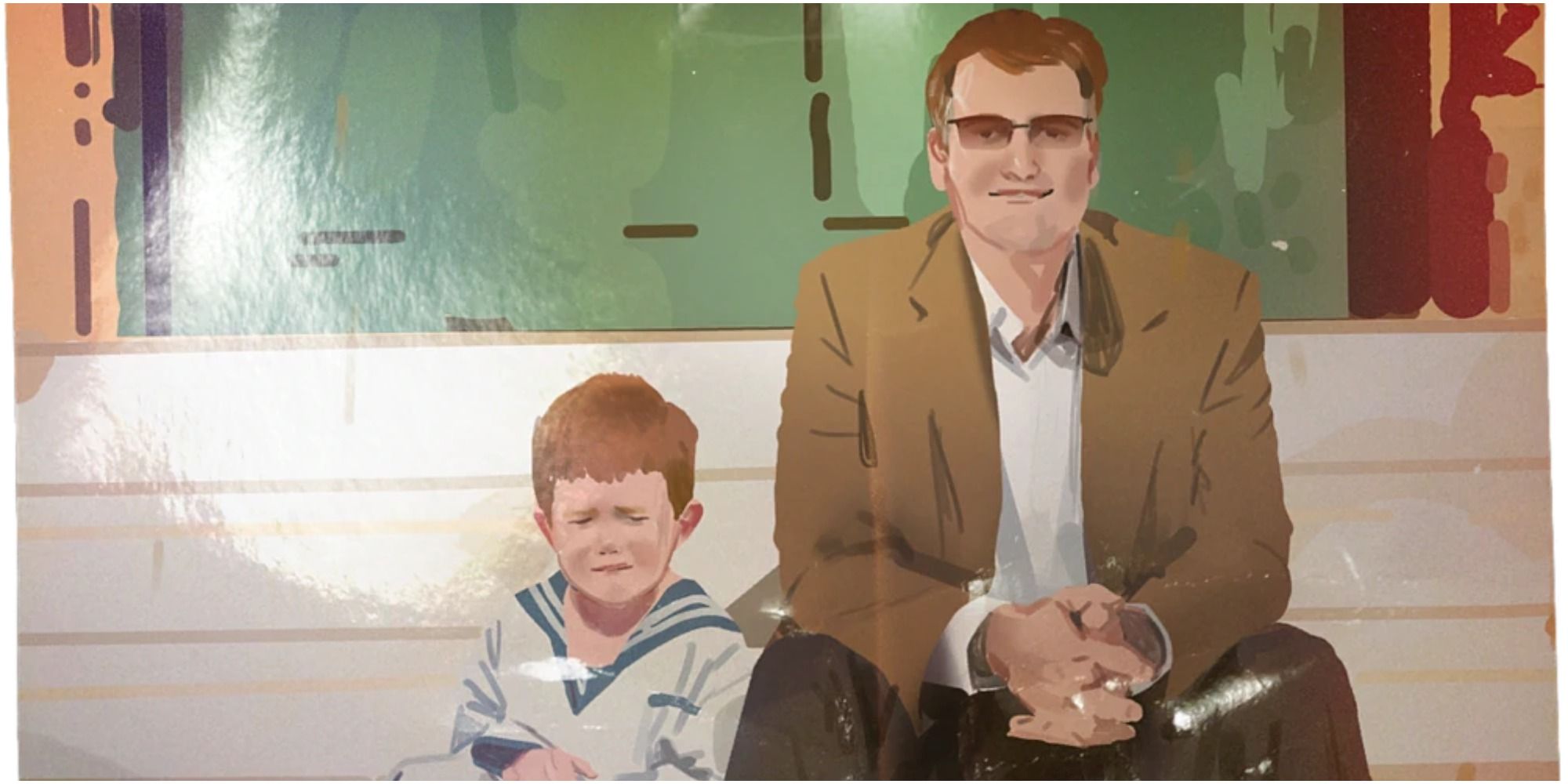 “Nobody tells me what to do. Not my parents, not the Principal, or that whore in the bathroom.”

Nathan Prescott is a spoiled brat and that would be bad enough if he wasn’t also dangerous. But even someone like him is not without problems, as his family constantly pressure and attempt to control him.

He’s been traumatized by abusive adults in his life, especially his father. So when Nathan acts out against anyone he thinks is in his way, it’s him trying to squeeze what little bit of control he has against his life. While it doesn’t excuse his actions, it does explain where they come from. 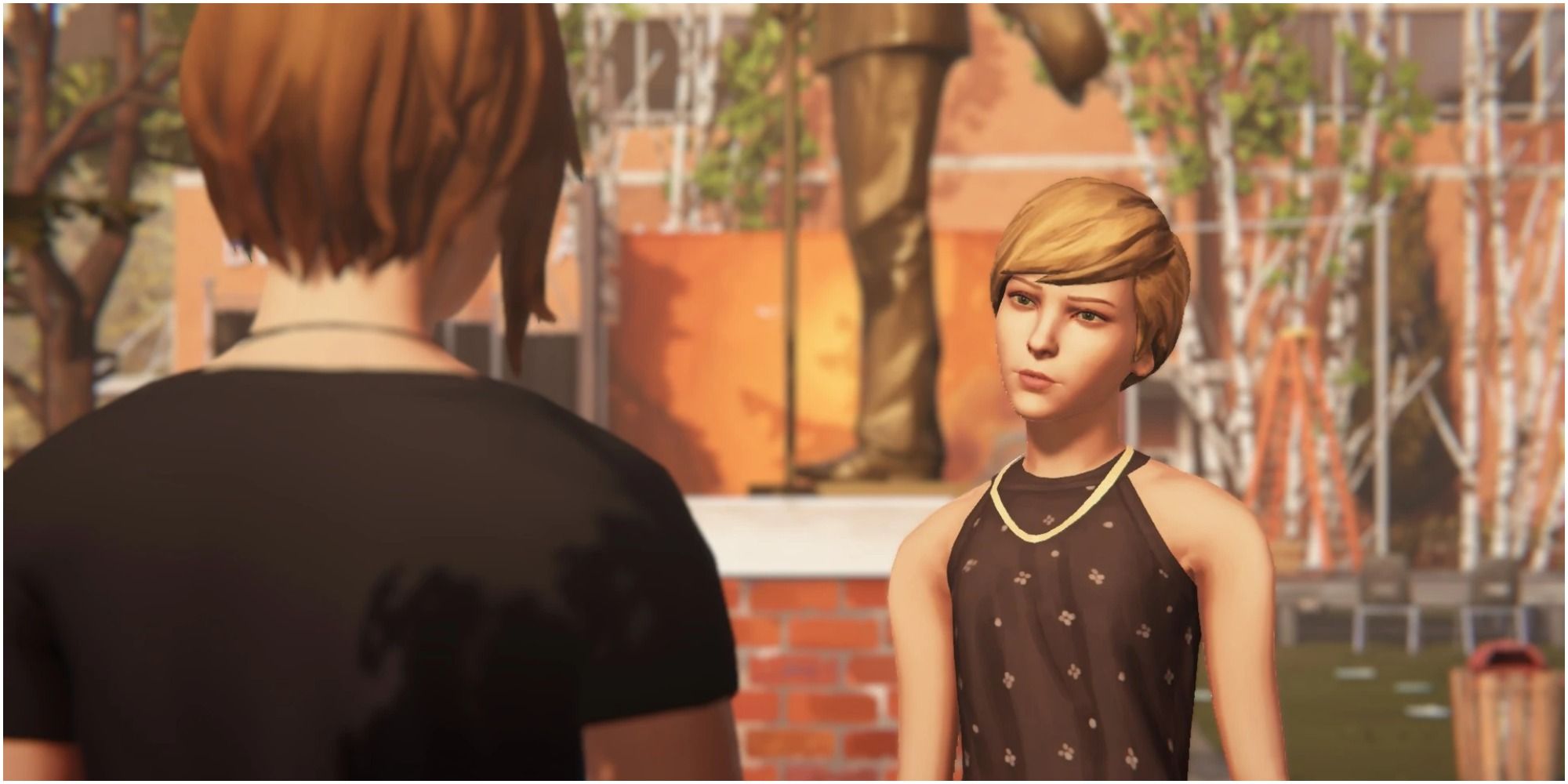 “I'm not perfect, okay? I'm a teenager at an art school. I'm only here to become a photographer and get famous.”

Despite her initial snobbish and hostile nature, Victoria Chase has a lot more on her mind than just clothes and money. Throughout the game, it’s hinted that there’s a side of her that gets just as passionate about photography as Max.

But it’s her irrational desire to be good at everything and to “fit in” that holds her back from pursuing her true passions. Similar to Mark, Victoria’s ambition about becoming a photographer holds a mirror to Max’s own and what would happen if her own life were to take a different turn.

“I'm already on the internet forever. No wonder they call it a "web" – nothing can ever get out.”

One of the aspects of Life is Strange that continues to resonate with players is its approach to real issues like living with depression or dealing with opressive family members. And while each character has to deal with their own fair share of troubles, Kate Marsh is easily one of the more troubled members of the cast.

Kate comes from a heavily religious background that’s caused her to become meek and unsure of herself. And when a video leaks of her behaving out of character, her insecurities come flooding in and show just how depressed she really was. It all comes down to one of the emotionally charged moments in the story. 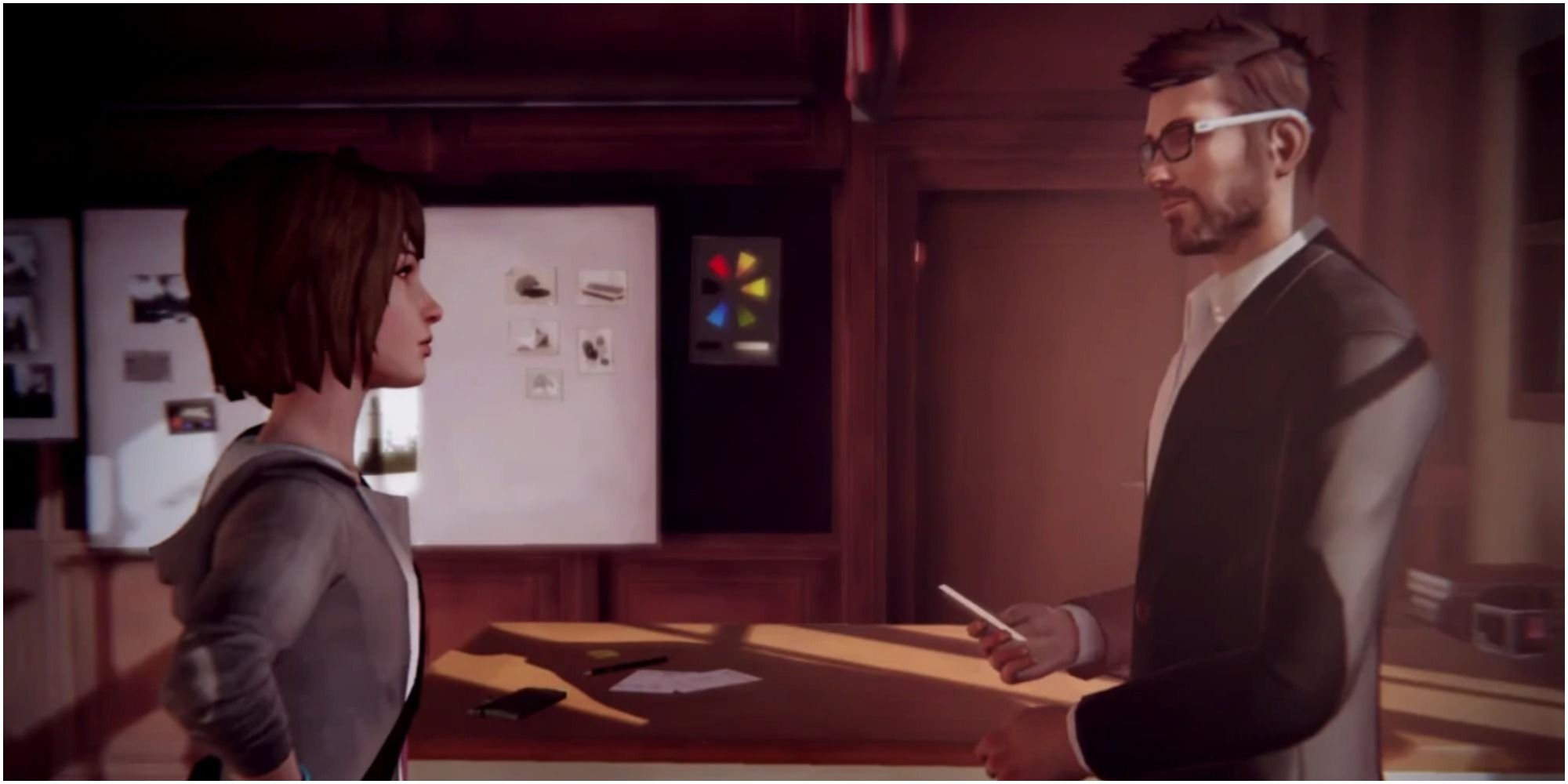 “I'm obsessed with the idea of capturing that moment, that shift, from black, to white, to grey, and beyond.”

For many players, one of the biggest twist in the final episodes of Life is Strange is the reveal of Max’s photography teacher, Mark Jefferson, as the main antagonist of the story. A man who seemed to be a charming and thoughtful professor turned out to be a sadistic cynic with the goal of "capturing the innocence of others in a single frame."

What makes Mark so dangerous isn’t just that he’s willing to harm innocents for the sake of what he deems art. It’s that the level of passion he has for his photography work isn’t so different from Max’s own and that his developing obsession with her is a result of their shared passions. A great example of an antagonist mirroring the protagonist darkly.