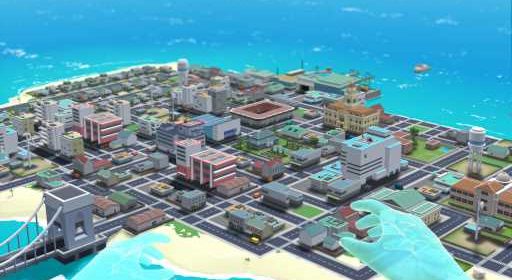 The city simulator genre is making its way to VR, with Little Cities arriving on the Oculus Quest platform in spring 2022.

Announced this week alongside a first look in the trailer embedded above, Little Cities looks to be a VR version of popular city-building simulators like Sim City and Cities Skylines. Releasing for Oculus Quest headsets, it has a similar visual style but slightly simplified and on a smaller scale — as the name suggests — taking place on connected islands.

In a press release, nDreams confirmed that the game will feature some city sim gameplay staples, such as area zoning, utility planning and connections, and providing essential services such as emergency departments, education and healthcare. There will also be multiple islands to play through, “each providing its own gameplay challenges.”

There will be options for seated or roomscale play, using Oculus Touch controllers to build and populate your city — hand tracking isn’t confirmed yet, but given what you can see in the trailer, the game might be a good candidate for it. Unlike flatscreen city sims, being in a virtual environment in Little Cities will let you walk around your city and get up close and personal to each street corner in a new way. Hopefully, this immersive, god-like nature of the game differentiates it from the genre’s flatscreen predecessors.

Little Cities will release Spring 2022 for Oculus Quest and Quest 2.