Little Noah: Scion Of Paradise – How To Defeat Fang

Once you've defeated the Titan in Little Noah: Scion Of Paradise, the next stop will be the Winding Caverns. Here, all the enemies you face will be different, and the barrels will be converted to pots. After defeating another mini-boss in this area, you will come face-to-face with Fang.

Fang is one of the most agile bosses in the game. As such, it's going to be really hard to pull off a skill on him, even harder to pull off a burst attack. You will go through four different ruins in the Winding Caverns to finally find a way to Fang's boss room, which is called Depths Entrance.

How To Counter Fang's Dash Attack 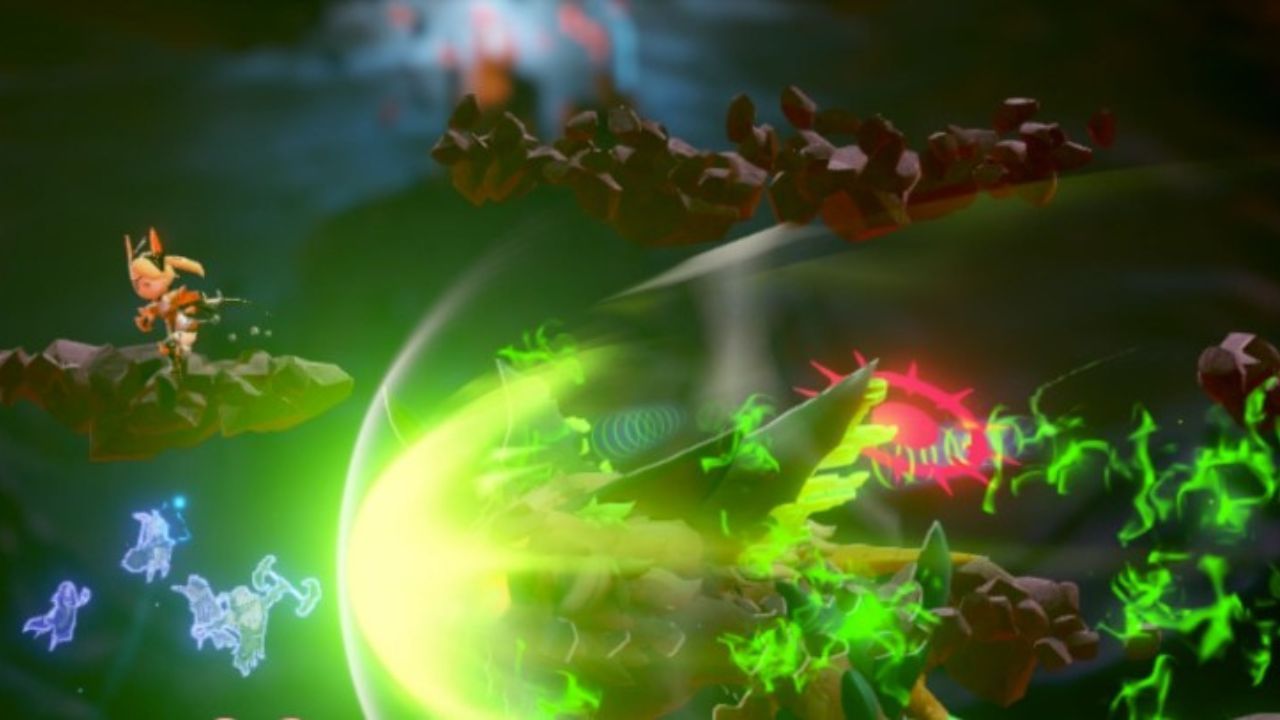 Just like Titan, there are three different types of Fangs, namely: Fang, Fang (Wind), and Fang (Ice). But still, most of their attacks, including the dash attack, are the same; they just look different because of their element. During this attack, the boss dashes at you at a very high speed, which can be nearly impossible to dodge.

Fang's battlefield is unique as it provides the player with a bunch of platforms that can be used to dodge his attacks. The boss always starts with the dash attack as his first. While there is no chronology or fixed pattern to his attacks, at least you know how he's going to start.

To dodge this attack, you need to pay attention to Fang's animations. Whenever he is about to dash at you, he will do a little roar before starting the dash. During this time, you need to go as far away as you can from the boss vertically. He'll be covering the entire room horizontally during the dash, so you have to get above or below him in time to dodge.

It isn't a necessity for the boss to perform this attack on the floor only. He can also do it while he's on one of the platforms on either corner. You won't have time to make enough distance if you start dodging once he starts the dash, so you have to pay attention to his roar.

How To Counter Fang's Stomp Attack 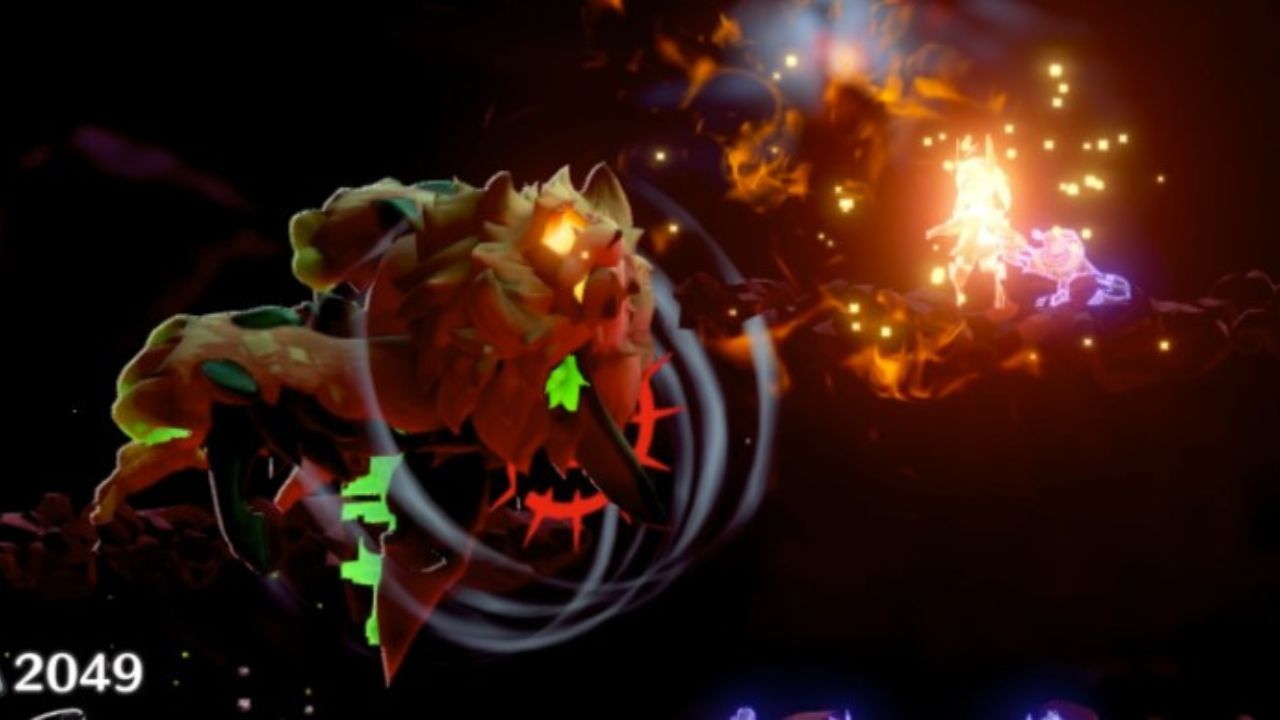 As mentioned above, Fang has no order of attack, and he can perform any attack after the first dash attack. As such, it's very important to pay attention to the enemy's movement and animations. There is a lot of concentration required while fighting this boss and even a little distraction can be fatal.

That said, Fang's stomp attack is one of the easier ones to dodge. During this move, the enemy will jump in the air and rotate around a couple of times. Then, he'll stop mid-air for a moment before finally stomping towards the ground.

All you have to do to dodge this attack is dash on either side as soon as you see the Fang rotating mid-air. One dash is usually enough to get out of the area affected by this attack. The position of his stomp is already locked as soon as he jumps, so he can't readjust the attack.

How To Counter Fang's Claw Slash 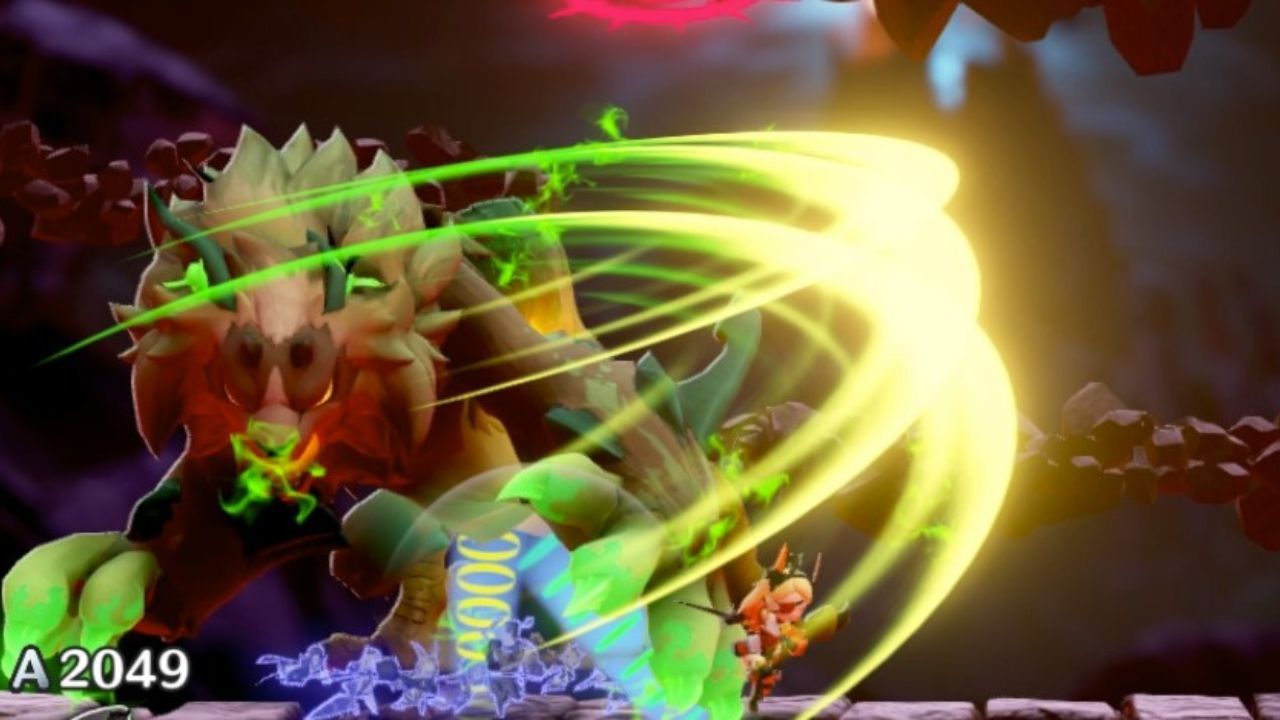 Behold, one of the most dangerous attacks performed by Fang. The problem is, this is also the hardest one to dodge out of all his attacks. There is a very small window provided by the game for the players to react to Fang's Claw Slash.

Whenever the enemy is about to perform this attack, he will crown his head in your direction almost as if he's growling at you. This can take a few tries to get used to, but as soon as you see this, it is time to get ready for a dash to jump out of the way.

Even if you aren't able to dodge this, it doesn't deal too much damage. You can always eat the damage and then heal yourself back up using health potions, which are an important requirement for this fight. Even if your reaction time is good, you're most likely going to need some health regeneration. 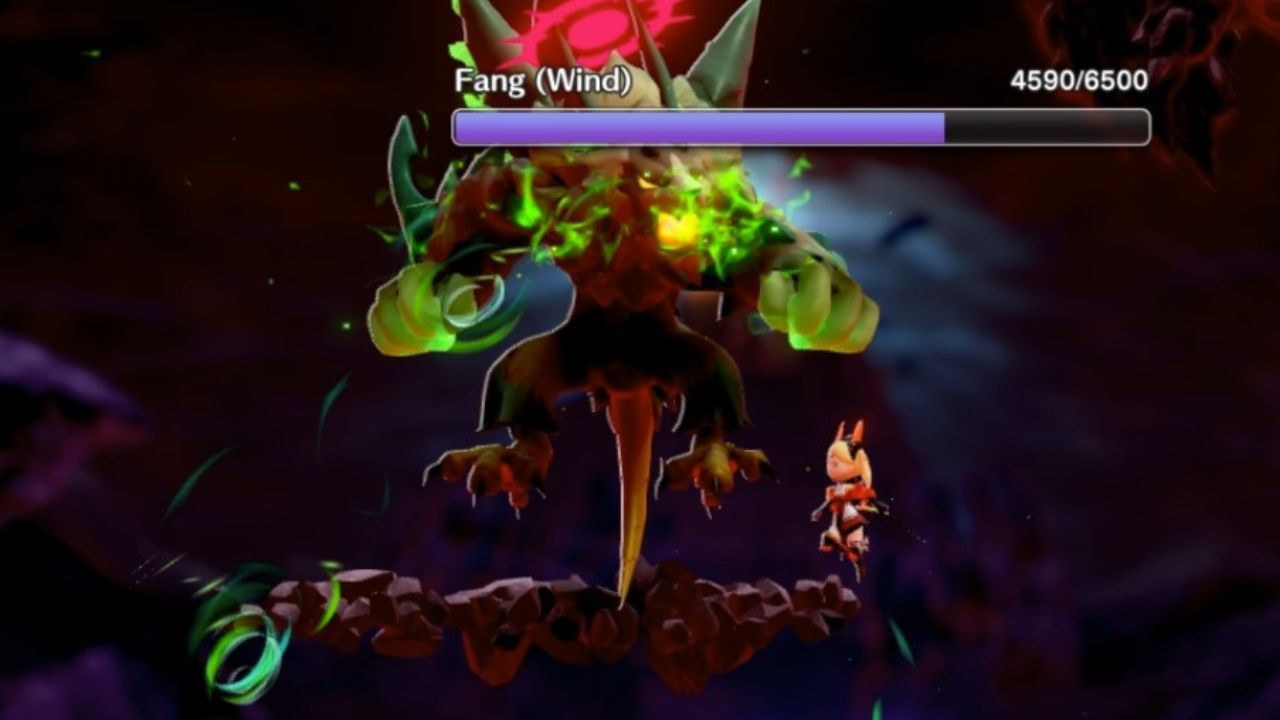 The developers probably felt like the players had too much area to evade Fang and introduced this attack to deny that from happening. This is an attack that doesn't need a reflexive dodge, and it's also different for every type of Fang. Once in a while, the boss will jump to the platform at the top to perform this move.

The normal Fang will produce a few fire waves and throw them throughout the room. Whenever these waves come in contact with a platform, they will disappear, leaving behind a burning field for a few seconds. Ice Fang will have similar waves of ice except they will ricochet from the platforms a couple of times.

As for the Wind Fang, he will simply make a few whirlwinds that will go around the entire field for the next few seconds as well. It's not hard to dodge this attack initially, but the problem comes with the area that it limits. Since, if you get hit by any of the elements of the above attacks, you will take damage.

After reaching below 50 percent health, the Fang will enhance itself which will increase the speed of his attacks and the number of whirlwinds it produces during this move. Enhanced Fang also deals more damage than the normal one. 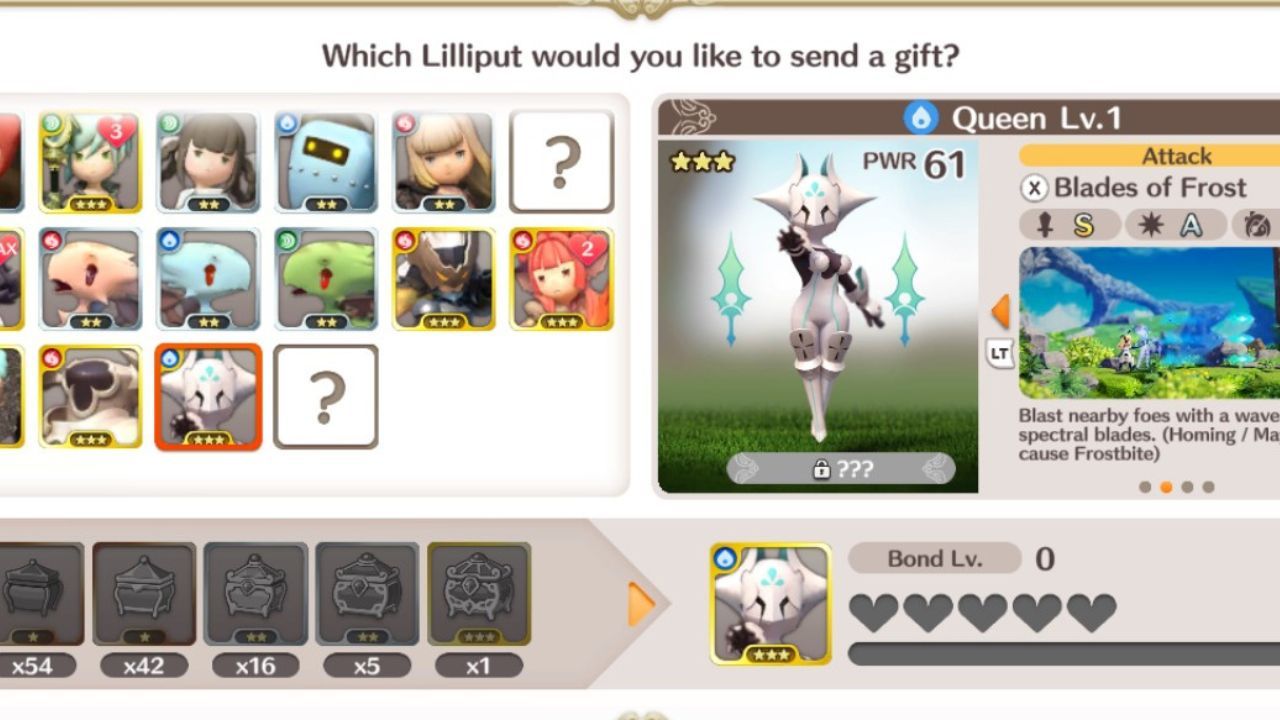 Fighting Fang can be particularly hard, especially if you don't have enough repairs to your Airship or if you don't have a lot of statues. But, if you get lucky and find certain lilliput, they can make your life a lot easier.

Once you've managed to defeat Fang, a huge chest will be yours to claim that will have one or two healing items along with some other important gear. Next, the game will take you to The Depths, which is the final part of these ruins and arguably the hardest one as you will face the main villain here.