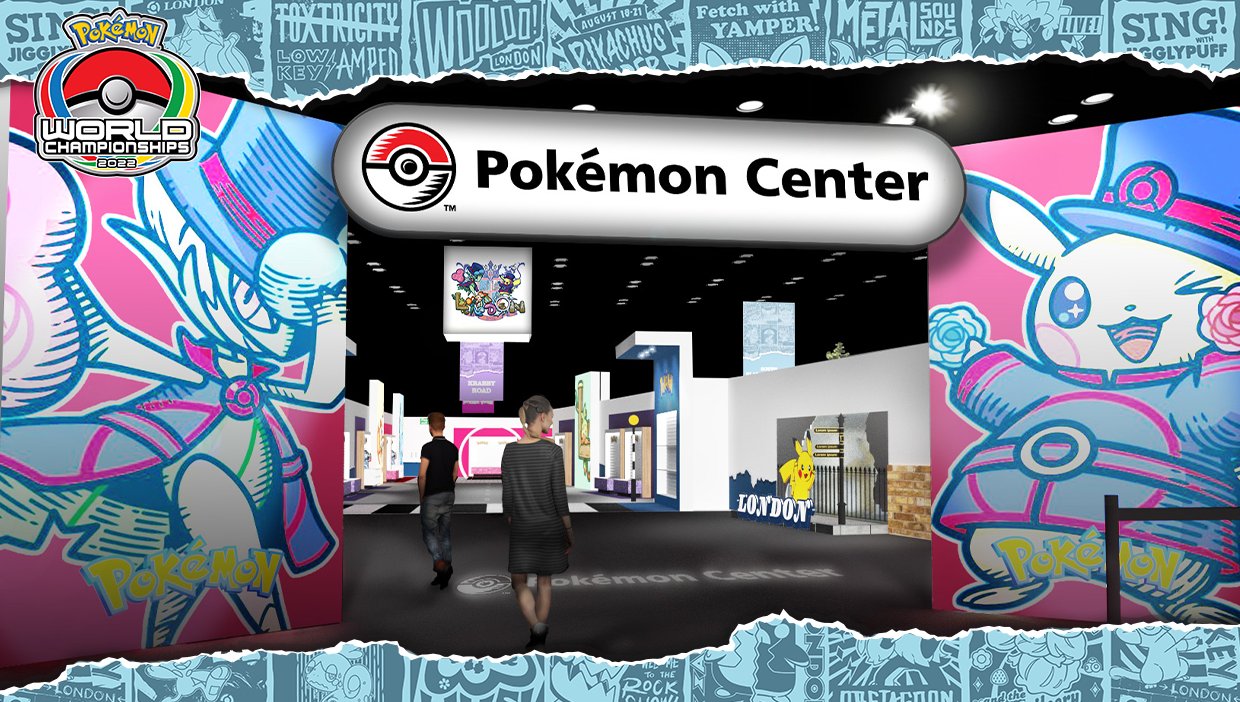 For the first time in three years the UK will have an official Pokémon store but it’s only a pop-up at the Pokémon World Championships.

The last time there was a Pokémon Center in the UK it was a purposefully short-lived store in Shepherd’s Bush, designed to promote the launch of Pokémon Sword and Shield – whose setting was inspired by the UK.

It was so successful there were plans to bring it back, at least for a short while, but the pandemic ensured that never happened. Now though, there’s finally going to be another one, although it’ll be around for an even shorter period of time.

There is no permanent Pokémon Center anywhere in Europe and the only other time there’s been a pop-up is when a previous game was inspired by France. But from August 17–21 at ExCeL London there will be one in the UK.

Given how quickly everything always sells out you’d think there was plenty of justification for making one that was more than just a pop-up, especially as this new one will only be at the ExCeL stadium in London for the Pokémon World Championships.

That doesn’t exactly make it a high street store (the previous pop-up was at least in a shopping centre) but apparently it will feature exclusive merch, ‘photo opportunities’, themed areas, and timeslot reservations and a virtual queuing system.

Those last two are very important as queues for the 2019 pop-up were up to five hours long and the exclusive London City Pikachu Plush always sold out very early each day.

Whether that will return, or a new exclusive will be created, is unclear but unlike in 2019 there is now a specific online Pokémon store for the UK, which has lots of unique merch of its own (much of which will likely be at the pop-up).

It seems unlikely the store will feature anything on the forthcoming Pokémon Scarlet and Violet though, not only because it’s not mentioned in the announcement but because it’s not out till November and the 2019 pop-up didn’t start until much later in the year.

Pokémon Scarlet and Violet is inspired by Portugal and Spain, so they may well see their own pop-up store announced as the release date gets closer.