Completing Adventurer’s Tomes gives fantastic rewards in Lost Ark. But if you want to collect your Ignea Token for Anikka, you’ll have your work cut out. There are three challenging dungeons, as well as two tough bosses. Not to mention seven hidden stories.

Three of the stories have three parts and another two. With three of those spanning multiple zones, including one which needs to you complete one dungeon and fight through most of another. You’ll need to be an experienced Anikka explorer to complete them all. But your tome rewards will include legendary treasure maps and rapport items. 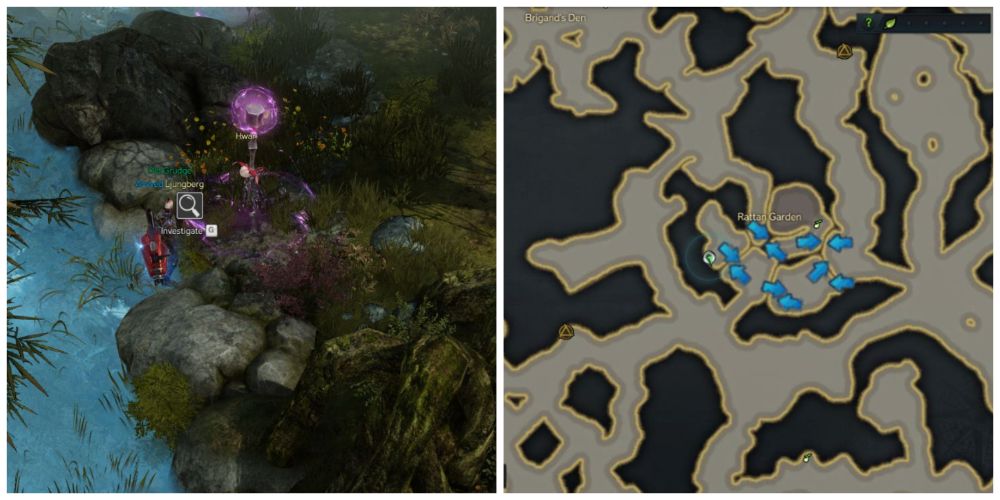 From the Cold Haunted House Triport in Rattan Hill, head east towards Rattan Gardens. As you enter the gardens, you can either jump across a fence to your left or right. Go left (north) and stick to the west side of the small area you land in. Investigate on the rocks next to the water to find the letter. 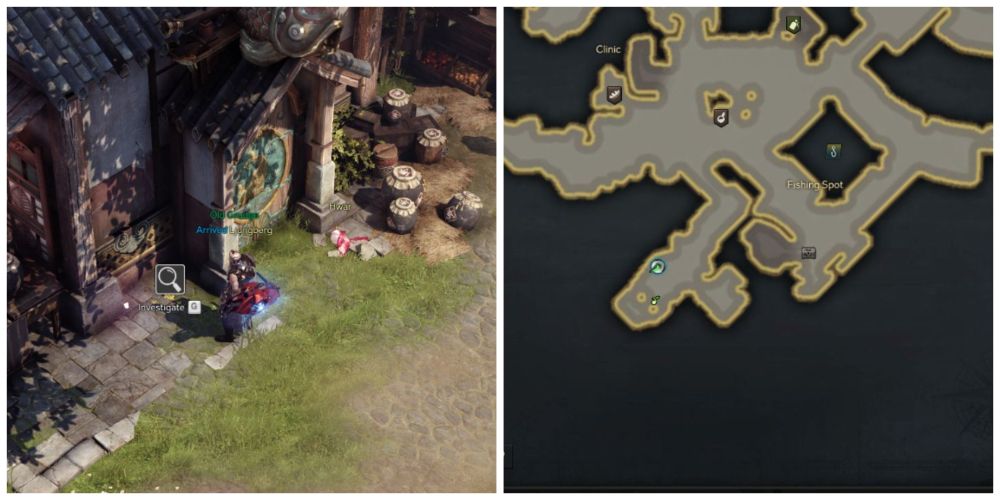 This is a three-part story. After you examine the first piece, you’ll have 20 minutes to get to each of the next two parts to complete it – otherwise, you’ll need to start again. However, all three parts are relatively close by in the Port City Changhun, so you don’t need to change areas.

For the first part, go to the southwest section of the city past the Fishing Spot. Go up the stairs just south of the potion seller. Follow the path until you see a building on your right with a circular blue pattern on the door. To the left of the door, as you face it, you’ll see some yellow flowers on the floor. Investigate them to begin the story. 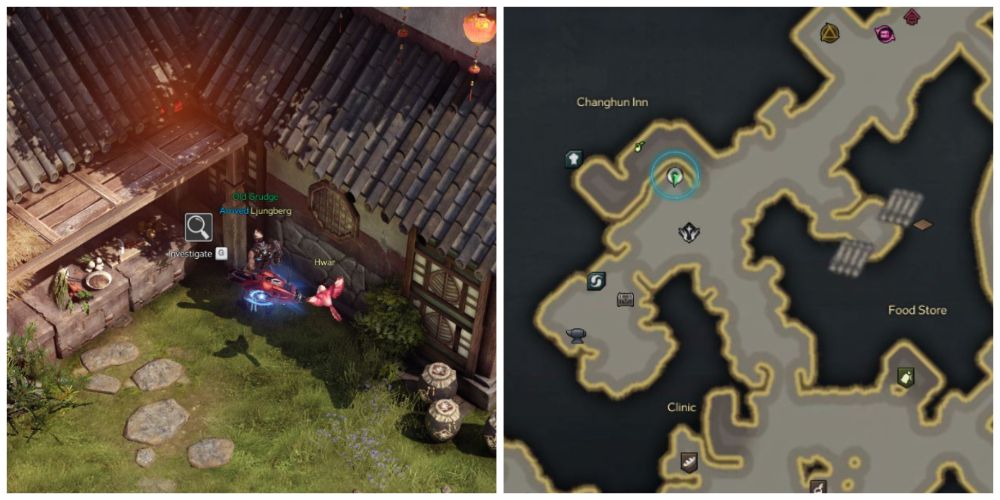 Now head north to Changhun Inn. Don’t go in. Instead, follow the wall of the building left of the door to the corner, where the wall meets an outdoor food preparation area. The second part of the story is right in the corner by the wall. 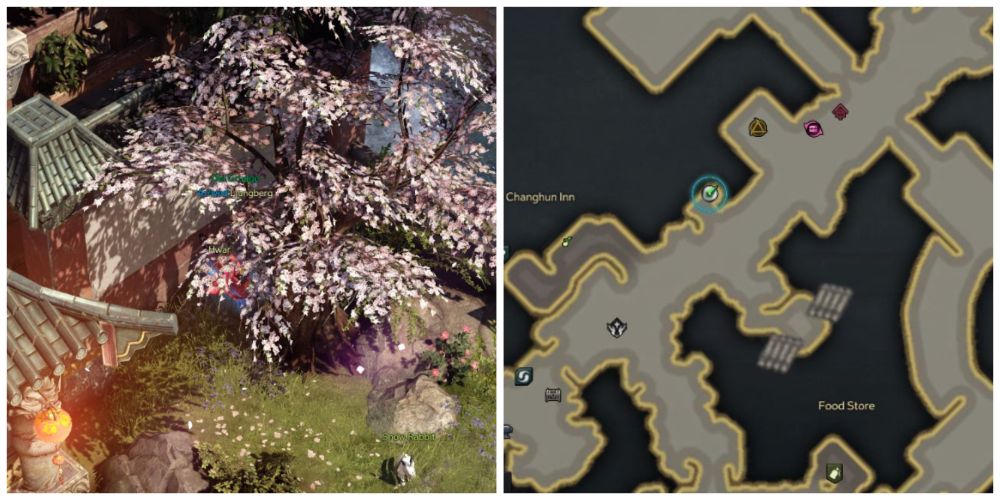 For the final part, walk past the door to the inn northwest and keep to the left of the path. Just before you go up some steps to the City Hall Triport, there’s a cherry tree. Walk behind this tree to find the concluding chapter of the Phantom Thief of Changhun story. 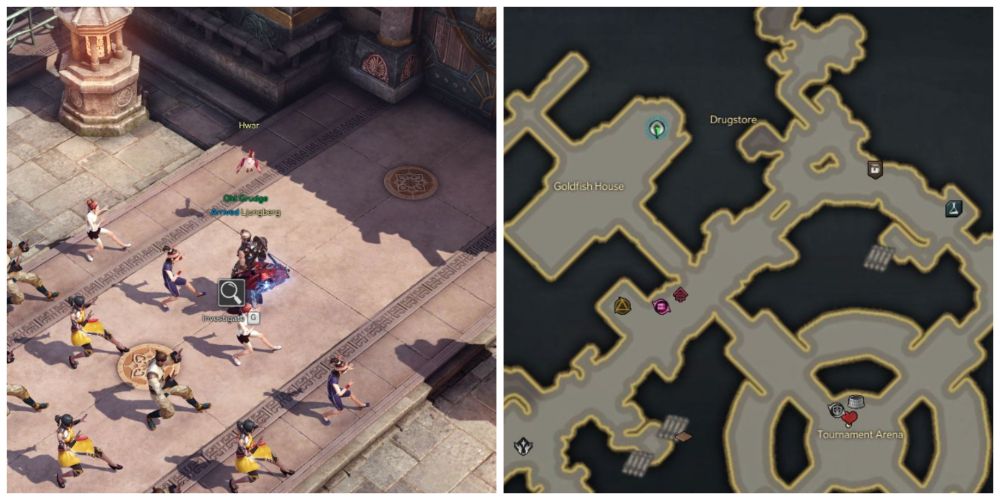 You have 10 minutes to complete each part of this three-chapter story. The first two parts are close to each other in Port City Changhun, but the third is in the Bamboo Temple in Prisma Valley. You will ideally need to have access to the Bamboo Temple Triport to complete this story within the time limit, so you may want to come back after you’ve completely explored Anikka.

The story begins on the grounds of the Goldfish House in the northwest corner of Port City Changhun. Go to the northeast corner of the main courtyard. On the floor, by the last row of students, you’ll see a book. Investigate the book for part one. 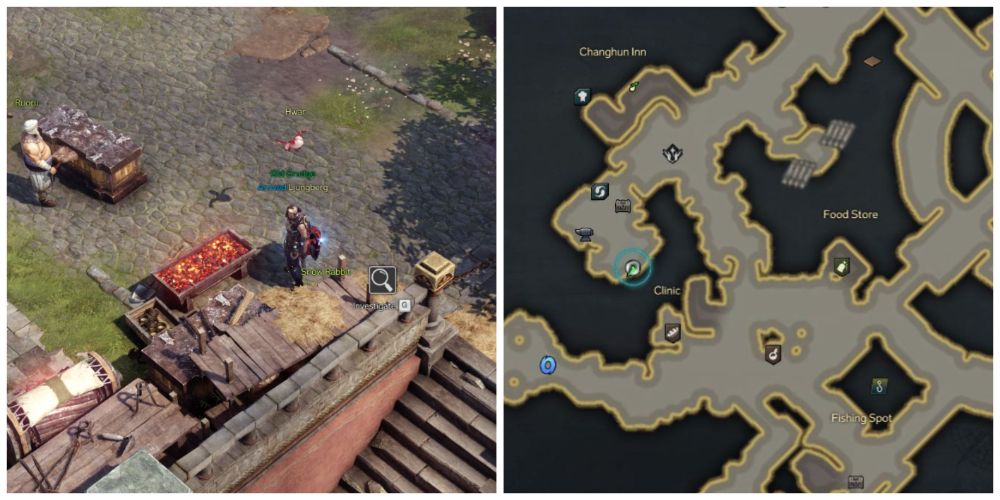 Head southwest out of Goldfish House and past Changhun Inn to the area with Storage Keeper Yiyong and Repairer Choyeon. In the southern part of the courtyard, you’ll see a burning brazier next to some roped-off stairs. The second part of the story is between them, hidden by the corner of the wall. 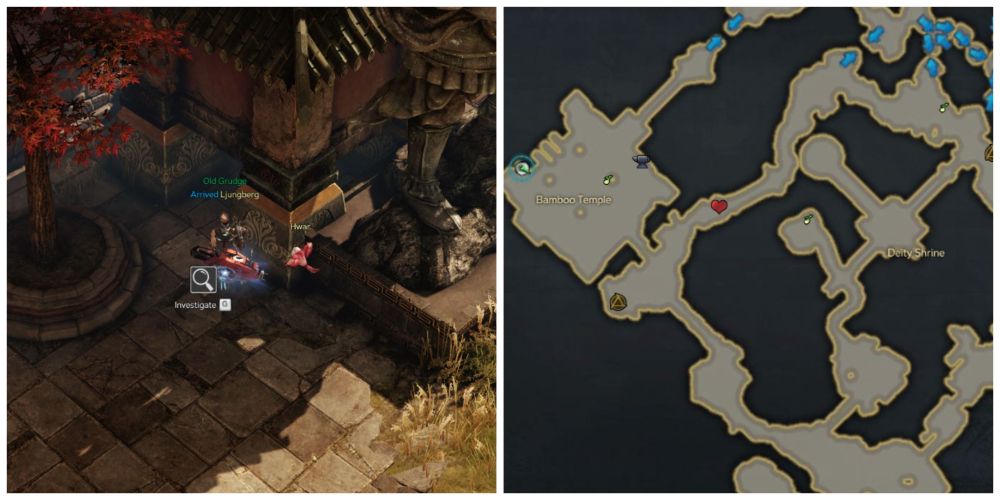 Finally, teleport to the Bamboo Temple Triport. Head into the temple and go right to the back. When you get to Yuanke, go left of him along the back wall and past the first large statue. Between the statue and the tree to its left, you’ll see the book that contains the final part of the Qualifications of the Grand Master story. 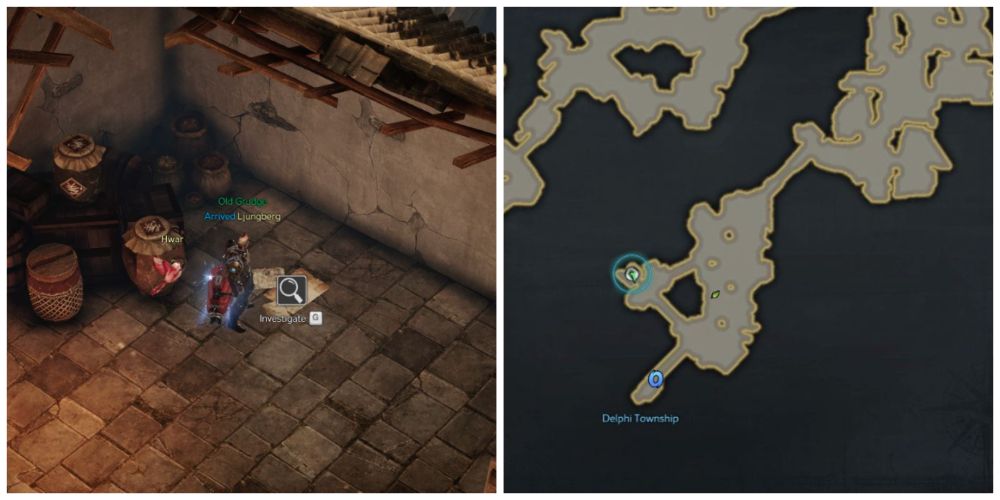 The quickest route is to enter Prisma Valley via the Delphi Township portal. Walk over the bridge and turn left immediately, over another bridge. Go into the building opposite you to find some papers on the floor. Read them to discover Sir Druden’s Past. 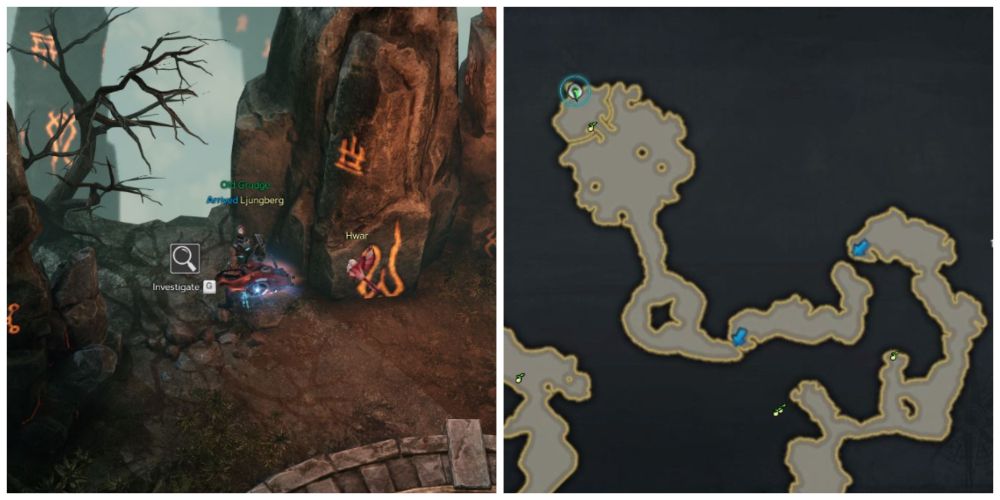 This is a two-part story that requires you to go right to the end of the Jeok’s Barrier Dungeon, before concluding the story in the middle of the Fowl Hollow dungeon. You have 30 minutes to complete part two after finding part one, so it is highly advisable to have access to the Nimbus Cavern Triport in the Twilight Mists area before attempting it.

First, make your way right through the Jeok’s Barrier dungeon on either normal or hard mode. In the final room, go up the stone steps into the northwest corner. Right at the back, between two of the stone formations with the glowing orange runes, you’ll see a small book on the floor. Investigate it to trigger the story. 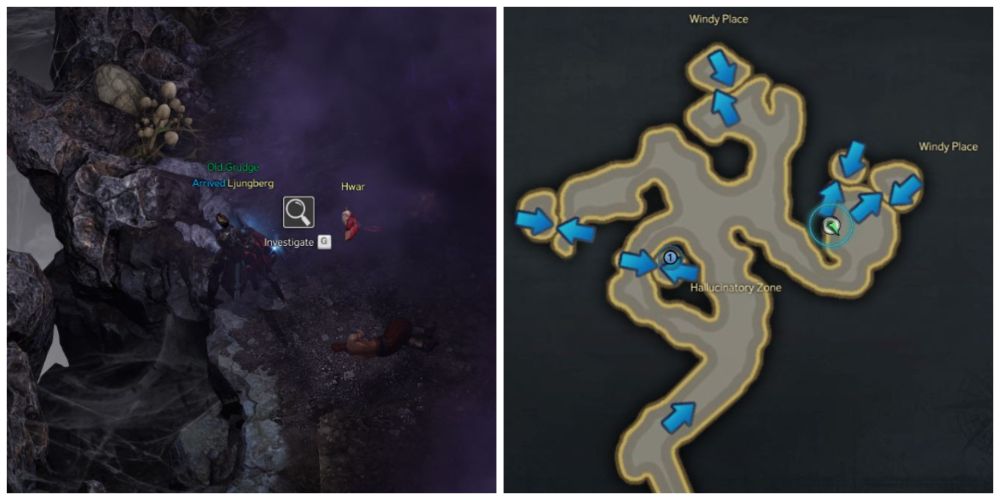 Immediately portal to Nimbus Cavern Triport in Twilight Mists and enter the Fowl Hollow dungeon. Follow the main path north, go right at the fork, then right again and southwest towards the Windy Place on the east side. As you get neat the jumps marked on the map, hug the left wall, and you’ll see another book on the floor. Read it to complete The Sidereal’s Two Students. 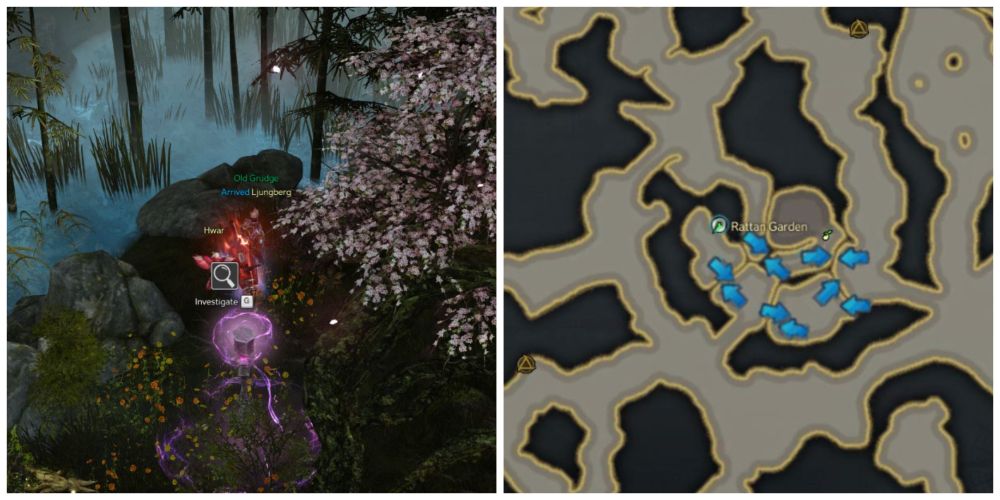 This is a three-part story that starts in Rattan Hill, before moving on to Melody Forest and finally Prisma Valley. You have a generous 20 minutes to get from clue to clue, but you should have access to the Spring of Echoes and Beacon Point triports before you begin.

To start, enter Rattan Gardens from the south and jump into the small garden to the northwest (where you’ll also find the ‘Letter to you 10 years ago’, above). Go right to the back (north) of this area to discover part one of Surging Yearning. 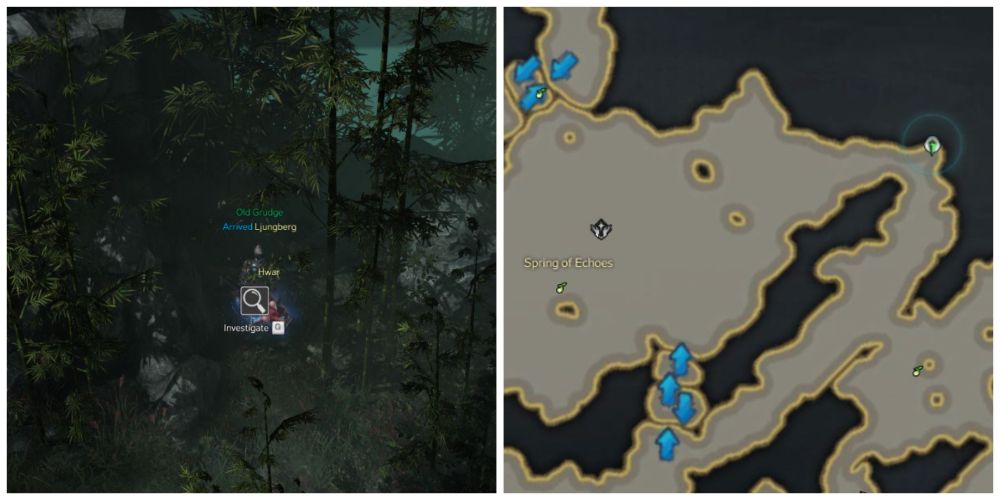 Now port to Spring of Echoes in Melody Forest. From the triport, head right across to the far northeast side of this area. The path thins to go east, then south. At the point where it turns south, go to the northeast corner of the path to find part two of the story in the bamboo. 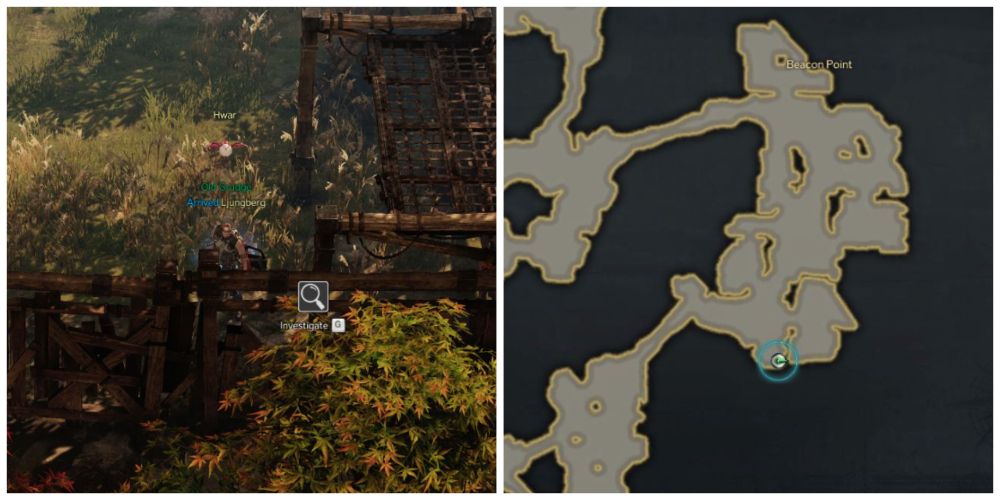 Finally, port to Beacon Point in Prisma Valley. Leave the area east up the stairs, then follow the south of the map across the next area and leave it up some more steps by the southern path. From here, head east to Beacon Point and work your way to the southern edge of this large area. There’s a gate into a camp in the west corner. Instead of going through it, follow the wooden fence south. When you hit another fence to the south, you’ll find the final chapter of the Surging Yearning story. 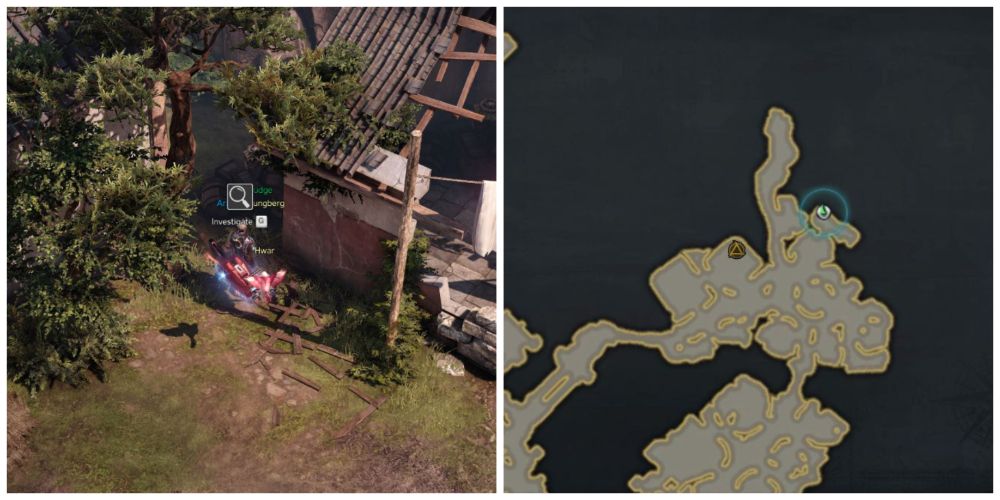 Starting from the Delphi Township Farmland Triport, head west. Ignore the long dead-end path to the north and then hug the north side of the map, up the wooden steps to the buildings there. At the top of the steps, walk to your left into the corner with the tree on your left. Right in the corner, you’ll discover the World in my Eyes story.