You can be fooled early on into thinking North Vern is a largely passive continent of Lost Ark. It begins with a succession of towns and villages with plenty of intrigue but very little action. But once you get past Rania Village, things – and we’re talking monsters – start to get real.

There are the usual 15 mobs to find and defeat to complete the monster section of your North Vern Adventurer’s Tome. But you can find them all in the final four areas of the continent, and without needing to return to any dungeons. That said, they’re still spread out across some pretty massive maps. So, if you need any specific locations, find them all detailed below. 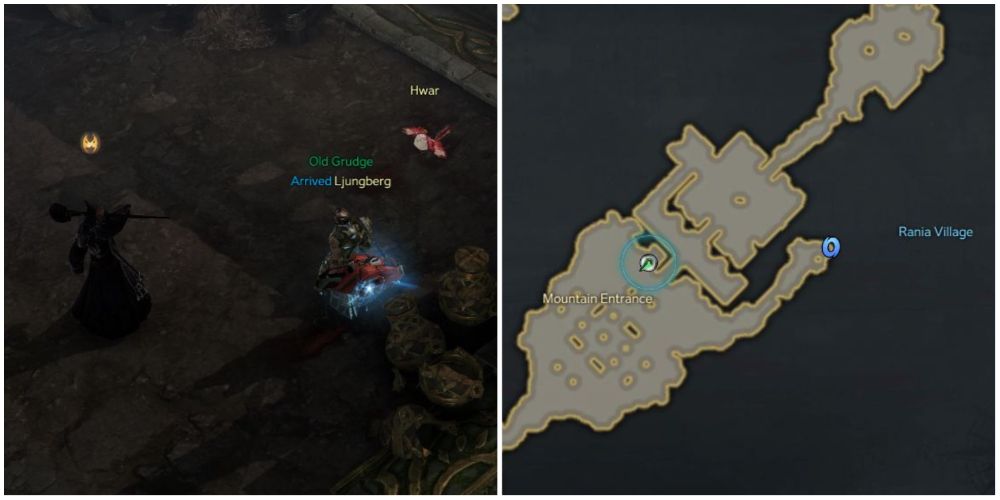 Enter Balankar Mountains from the Rania village portal and follow the path up the stairs southwest. When you get to the main area of the Mountain Entrance, head northwest to where the steps go up to a temple. You’ll find the Empowered Battle Necromancer here, just to the left of the steps at the bottom. 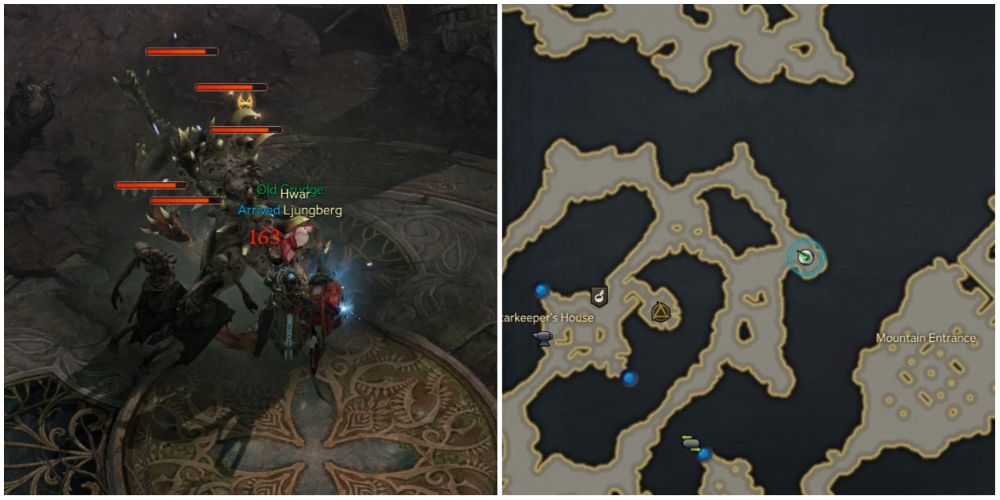 From the Starkeeper’s house area, leave by the northeast pathway and keep going northeast at the crossroads. The path goes uphill before slowly bending right, going back downwards southeast. At the bottom there’s a small group of creatures – one of which will be the Malignant Mutant Boss. 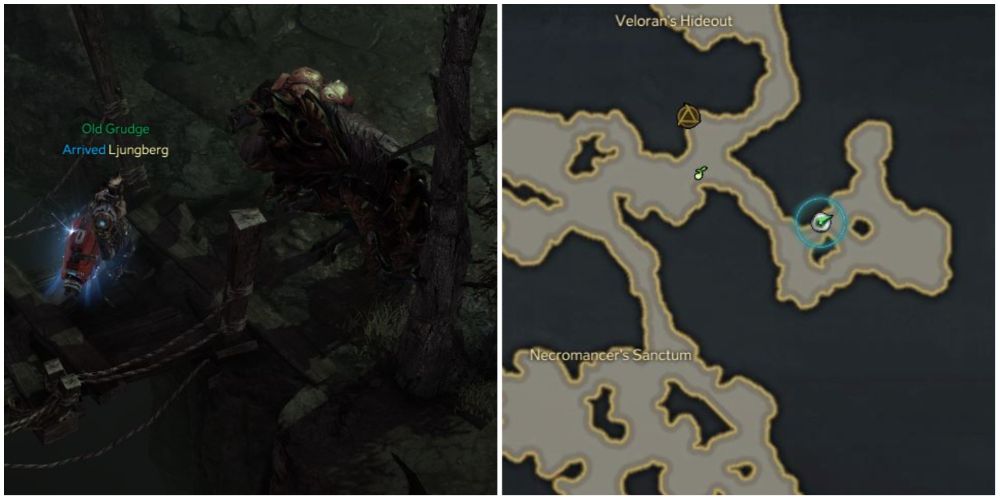 Portal into the Hideout Entrance in the north of Balankar Mountains, just south of the Ancient Elveria dungeon. There are three paths leading away from it – take the one that’s directly opposite you, heading southeast. At the end, go immediately left (east) across a short rickety wooden bridge – and be ready for the Mighty Morgue monster that’s on the other side. 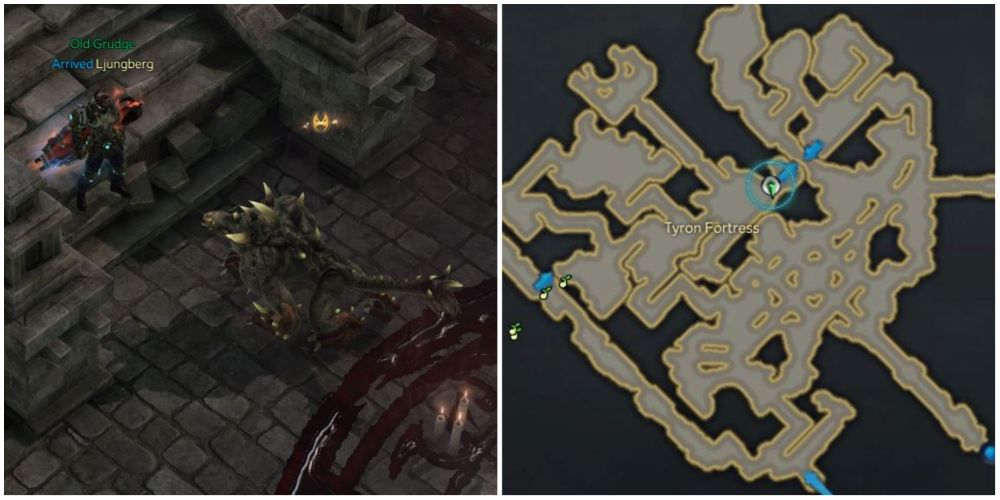 Leave the relative comfort of Starkeeper’s House (near the Lighthouse Village Triport) and take the floating platform there northwest across to Tyron Fortress. Follow the path into the fortress itself, veering slightly left as you go across the courtyard area. You’ll come to a thin path leading up some stairs into the fortress proper. At the top of the steps, head northeast across to a demonic circle with a red glow above. Amongst other horrors, you’ll find your Monsterized Tibeth here. 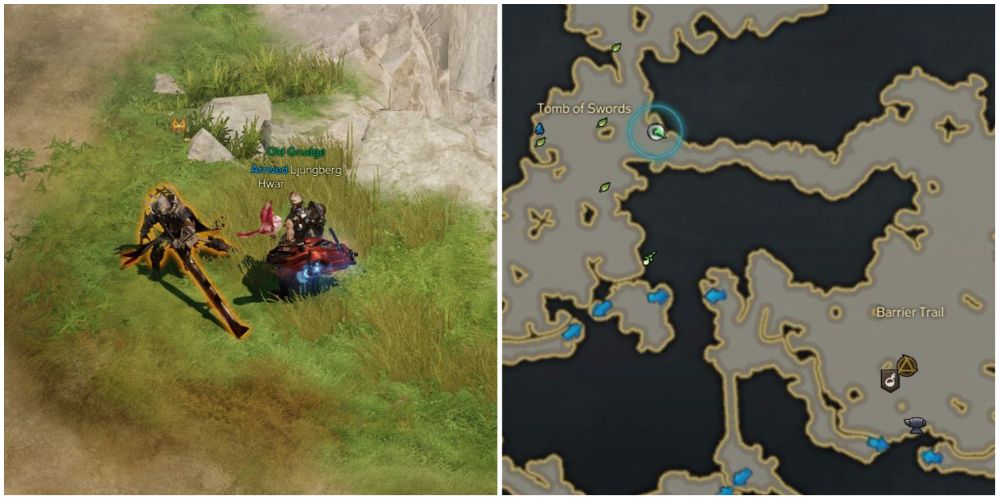 Go north from Fesnar Highland Portal to the northern tip of the area, then take the path that heads west into Tomb of Swords. Stay to the right of the path and edge just a little way northwest at the end. You should be attacked by the Broken Skeleton Knight you’re looking for, along with a few of its friends. 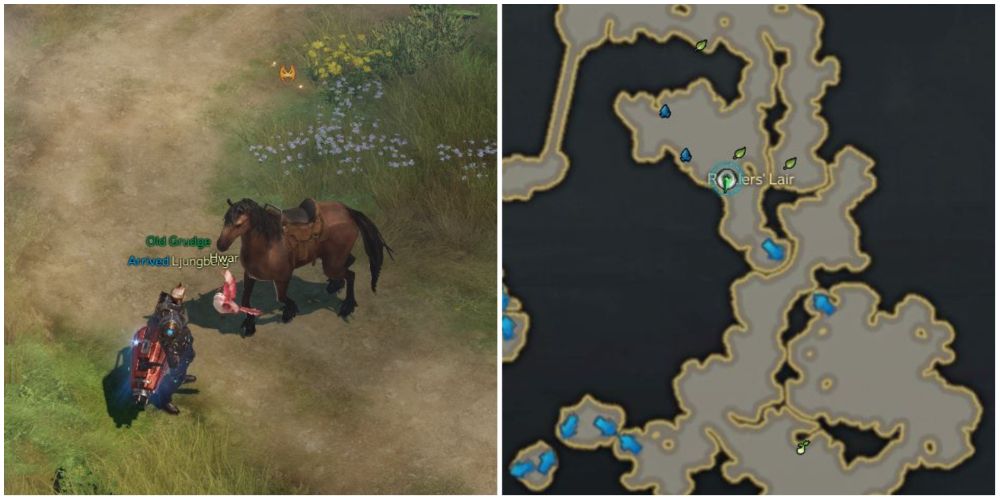 From the Fesnar Highland Triport, head north and then east along the thin path taking you to Rustler’s Lair. Once there, head east, keeping to the south edge of the area, and take the first path heading south. As the path starts to go uphill, you’ll come across a group of raiders and an Escaped Bandit Warhorse. 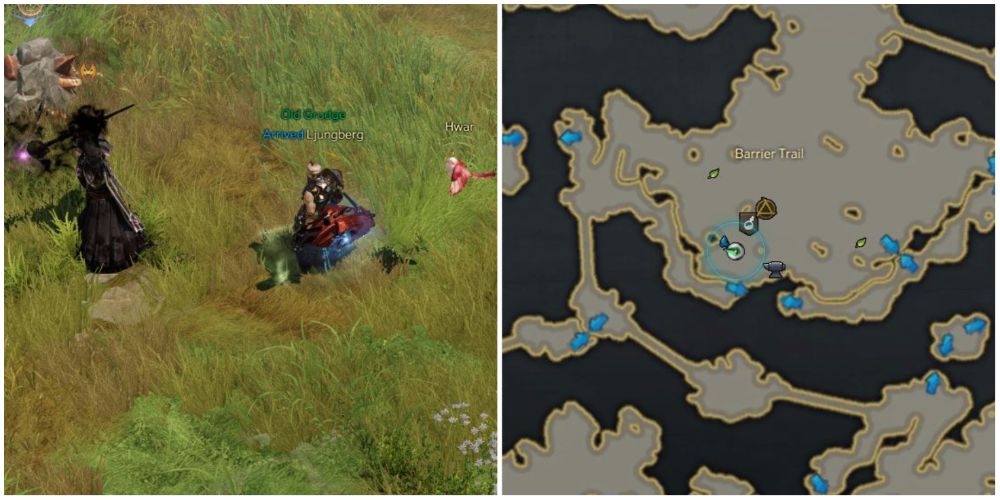 Portal into Fesnar Highland at the Barrier Trail and walk a little way south to NPC Repairer Kimdrr. You should find a Necromancer of Darkness spawning just a little way west of him, along the cliff edge. The spawn can be a little temperamental, so you want to switch instances if you don’t find it there (top right of your screen). 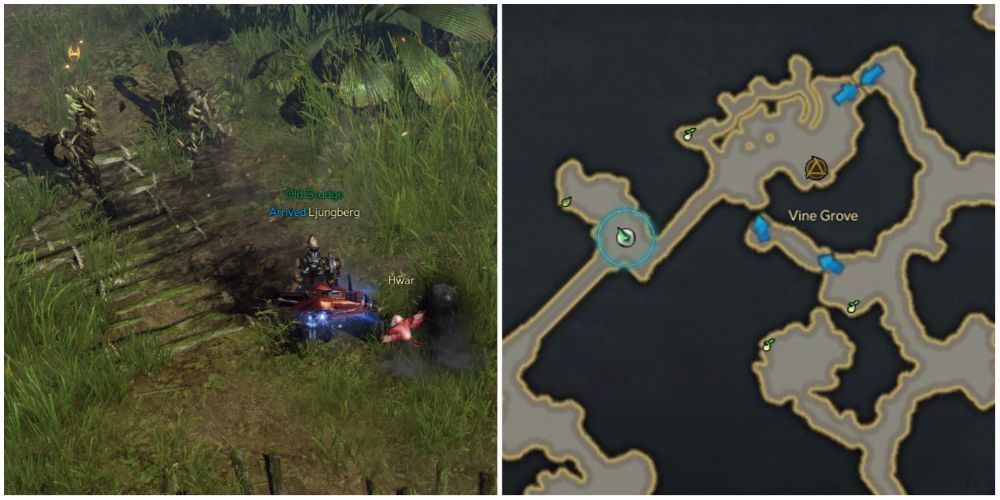 Head west from the Parna’s Sanctum Triport across the fallen tree trunk bridge. Just on the other side, there’s a small path heading north by the black smoking torches. As you start down the path, you’ll be greeted by the Old Dryad – and not in a friendly fashion. 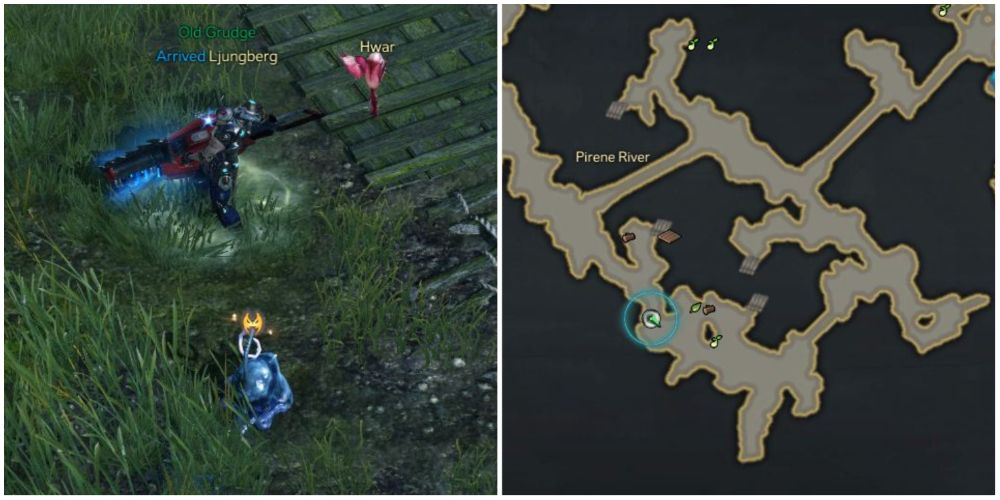 Work your way southwest from the Downstream Pirene River Triport. Ignore the first path across the river heading east and go down past the first goblin raft stop on this side of the river. Just past it, some wood has been laid on the ground to strengthen the path. As you move along it, there will be a Sharp-Eyed Tail Slime just off the path on your left. 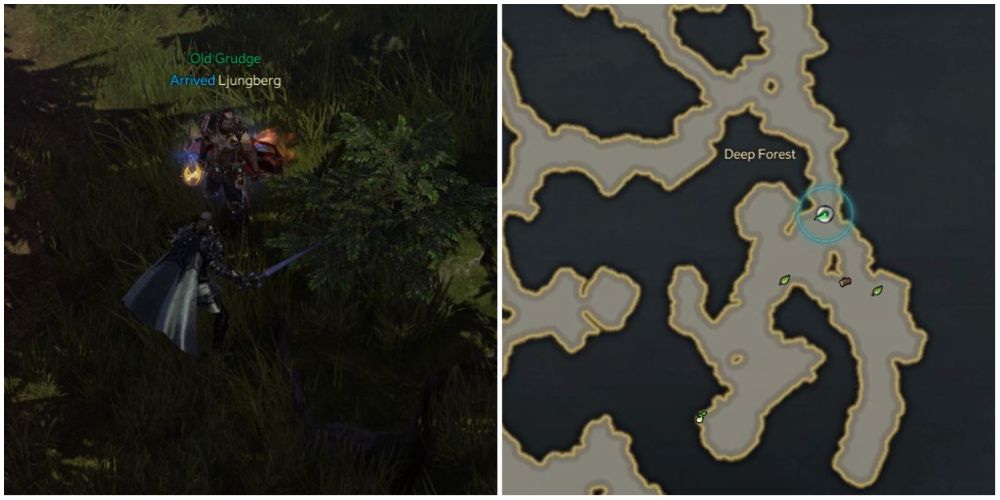 Starting from the Parna’s Sanctum Triport, head east up the vines and then follow the path right across into Deep Forest. When you get to the house in the clearing, follow the path to the south. The second adventurer you meet along it will be the Wanted Wicked Adventurer that you seek for your tome. 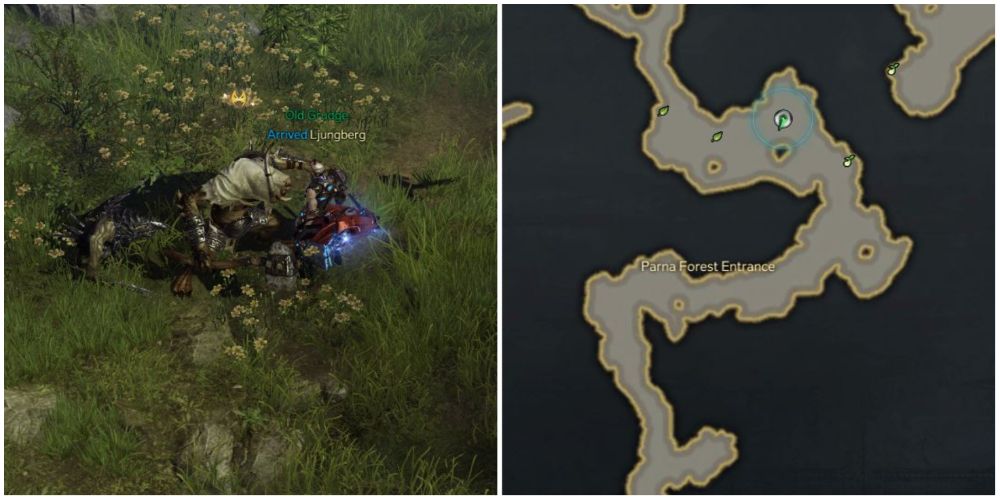 Enter Parna Forest from the Rania Village portal and start heading north. Move through Parna Forest Entrance as the path first turns east, then north again. As it starts to then head west, the path goes around a large rock and tree in the middle of a small clearing. Just past this, there’s a little dead-end path that heads north to a Terrified Adventurer. And just past this path is the Zealous Troll Combatant. 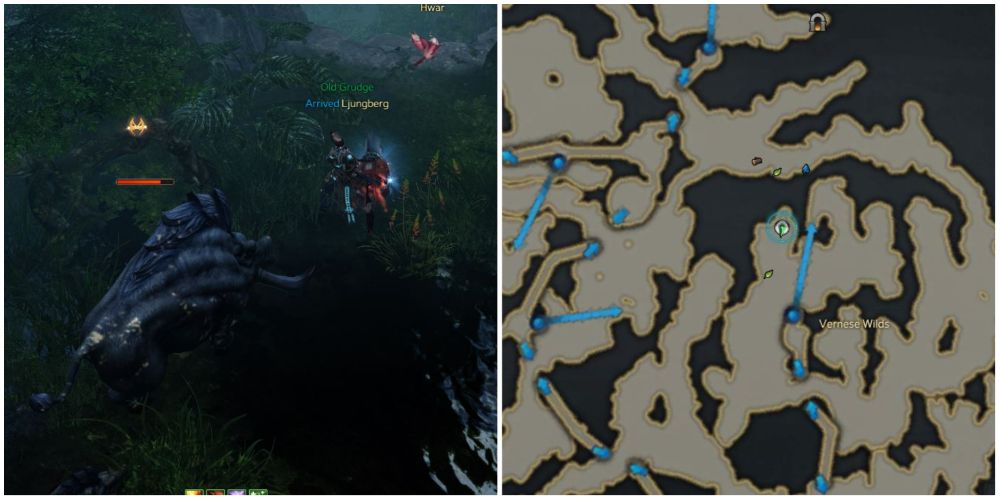 You’ll need to portal over to the Balankar Rangers Headquarters. From here, head east up onto the aerial platform network and leave by the pathway on the very east side, which immediately turns north. Ignore the rope slide down to your east, instead turning northwest across two balancing beams. When you eventually arrive at a circular platform, take the rope slide that takes you north down into the Vernese Wilds. A Lead Forest Boar lives in the northwest corner of the area you arrive in. 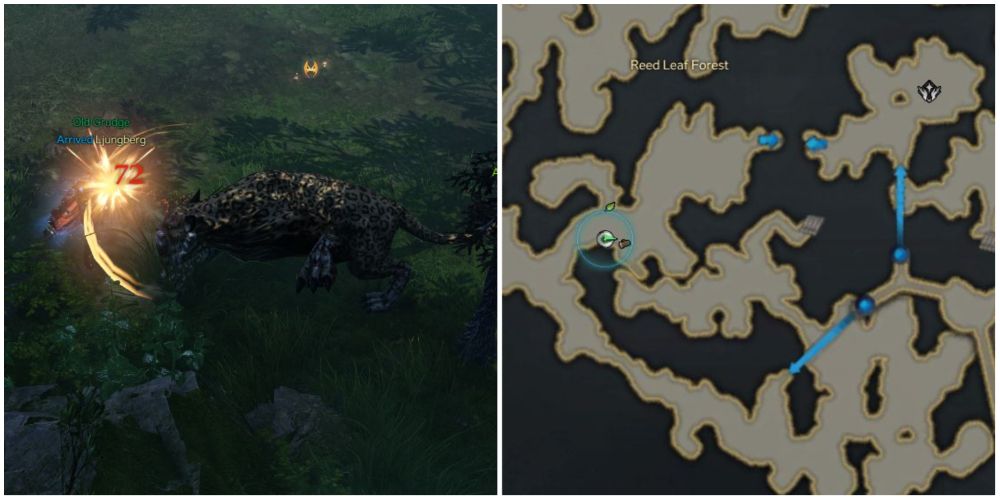 From the Balankar Rangers Headquarters Triport, leave east by heading up the long wooden staircase. At the top of the stairs, take a right turn and head south onto the circular platform. Leave by the long thin aerial walkway heading southwest. Continue following it as it continues west, sticking to the left of the path. When you get to the next platform, walk across the beam and follow the path north to the next platform. Here, take the west exit and then the left fork – and take the rope slide down at the end. Now back on the ground, head a little south then follow the path west. You’ll come to a fork – take the right-hand path heading northeast. A little way along this path, on its south side, you’ll come across a Lead Forest Leopard. 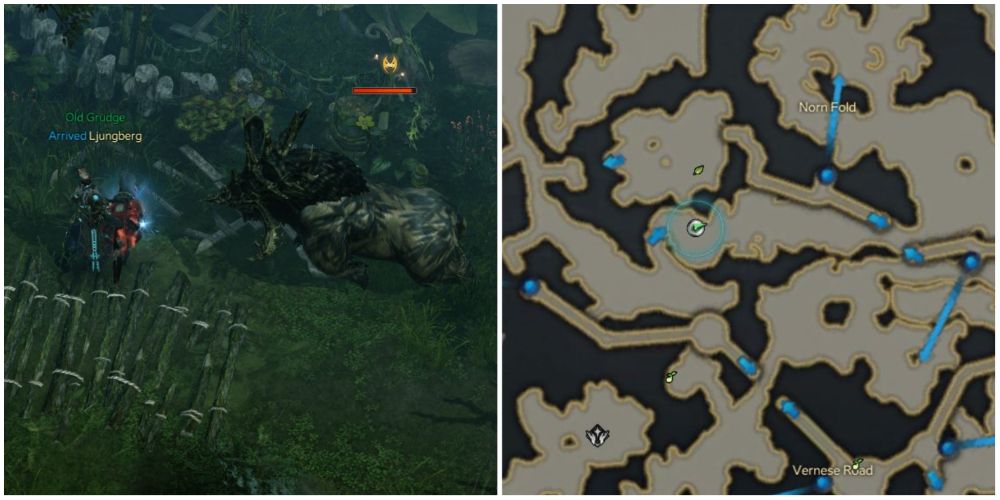 Start out at the Norn Fold Triport and head west, right across the top of the Vernese Forest area map. As the path starts to turn southwest, you’ll come to a fork with two small paths heading south. Ignore the one going to Reed Leaf Forest, instead turning southeast. Keep to the left, northern side of the path until you see a climb point up the rocks. At the top, walk just a little way east, and you’ll come across a group of reindeer – one of which will be the Lead Shield Horn Reindeer you’re searching for. 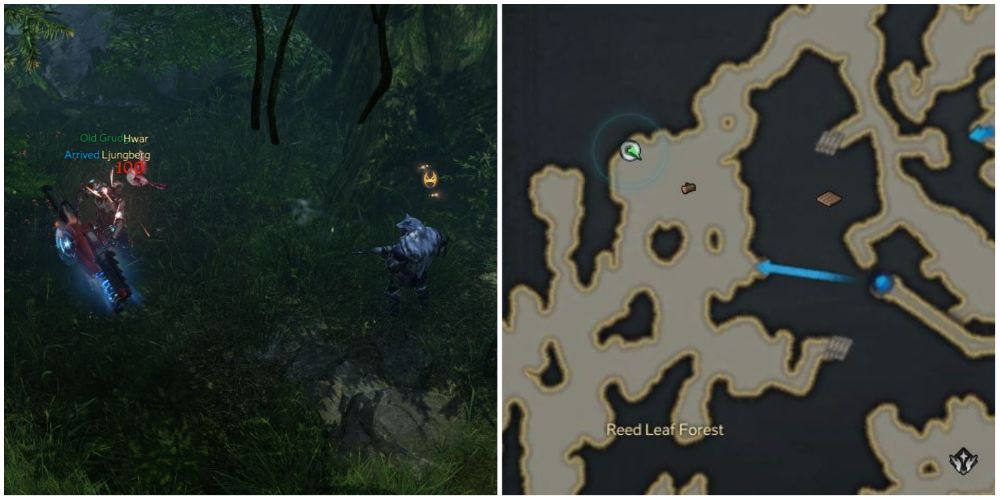 Portal over to the Balankar Rangers Headquarters. Head down to Payla, the rapport NPC, then past him and up the long wooden steps (east) to the raised walkway that extends across the forest. Go north, past Billy, then northwest across another platform. Cross the balancing log at the end, continue north, then cross another log. At the small platform, turn west and go over to the large Vernese Road platform. Take the northwest exit, go across another log to the next platform, and continue west. At the end, take the rope slide down to ground level. Be careful, as there will likely be a group of mobs waiting for you when you land. Head over to the northwest corner of the area you’re now in to find the Zealous Leopard Hunter and his poacher friends.