Lost Ark: Where To Find Every Mokoko Seed In Riza Falls And Verdantier

Riza Falls is the last large area of the Arthetine continent in Lost Ark. And it includes the entrance to the small Verdantier Dungeon. It’s an area light on landmarks and helpful NPCs while being big on battles – but it’s also great for mokoko seeds.

The Riza Falls area has ten mokokos, while the Verdantier Dungeon has one. Seven of the seeds in Riza Falls are easily accessible, while three are off the map in hidden locations – but still relatively simple to access. The only mokoko seed in Verdantier is on the first level, so you don’t have to go far in to find it.

Mokoko Seeds One And Two – Southwest Of The Observatory 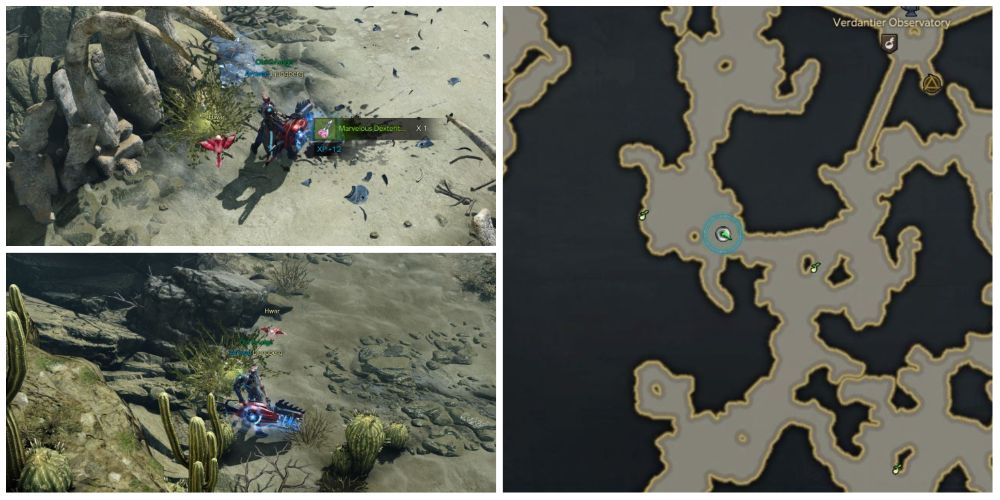 Enter Riza Falls from the Stern portal and head northeast through the first area, leaving it north. Go past a dead-end turn on your right and into the area above, where a group of soldiers spawns between two sets of large animal bones. Your first mokoko is in the grass by the bones to the right side of the bones on the left.

From here, head west past the fighting soldiers into the area beyond. Right on the west side of the area, south of the short north-facing dead-end, you’ll find the next seed next to the rocks in a bush by some cactus plants.

Mokoko Seeds Three And Four – South Of The Observatory 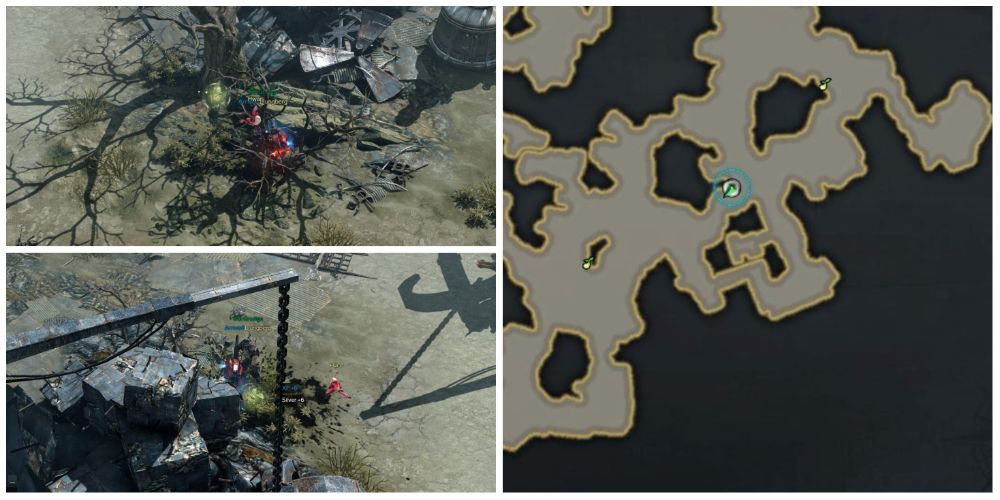 Head back south, past where you found the first mokoko seed, towards the exit to Stern. As you enter that first area, this time take the eastern path. Head directly east at the end of the path into the middle of the area beyond. You’ll come to a dead tree, just before a pile of metal junk. There’s a mokoko at the base of this tree.

Now go northeast keeping to the right side of the zone, passing the junk pile before going underneath a crane with a large pit of junk to your left. Keep going northeast, past a very similar pit of junk. At its northern tip, this second pit has a fallen crane next to some cubed pieces of scrap metal. The fourth seed is just on the floor by these squares of scrap. 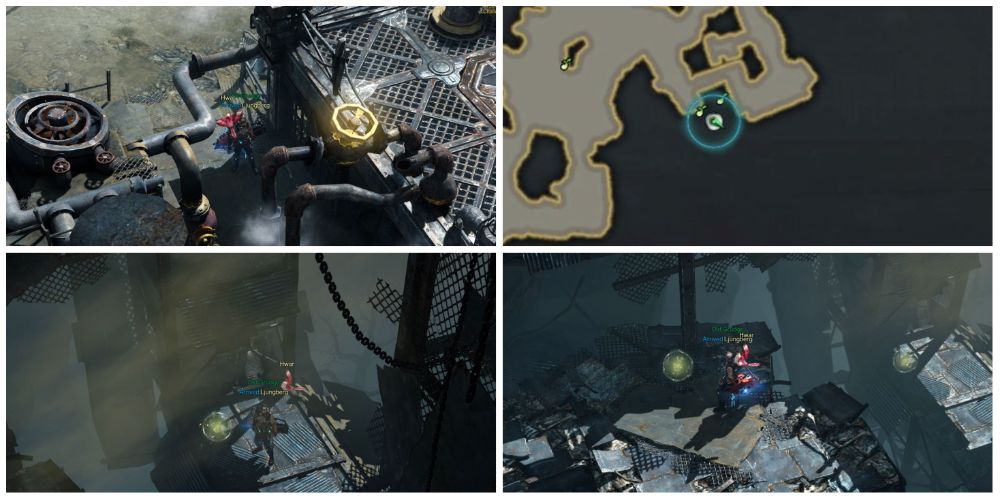 Walk back southwest to the first pit of metal you passed. Head south at it and you’ll see what looks like a processing plant of some kind. There’s a gap between two pieces of machinery, heading southeast. Walk into this gap, and you’ll see a conveyor belt. Slide down it to the bottom to find another mokoko seed, just on the floor where the slide ends.

If you look to the left of your screen while here, you’ll see the sixth mokoko on the edge of a platform. To get it, find the climbing spot on the platform you’re on. 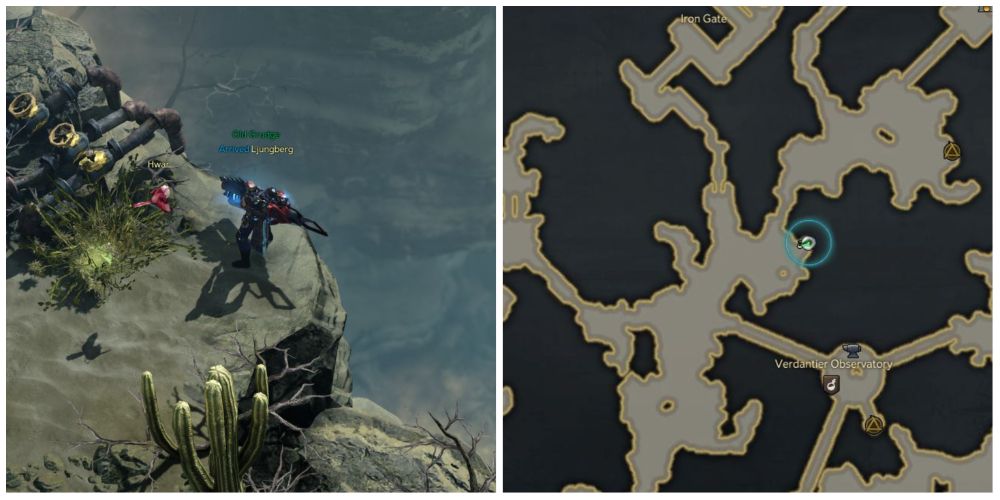 Now make your way to the Whirlpool Observatory Triport in the centre of Riza Falls. Leave the observatory by the gangway that leads northwest. At the end, turn right (north) and hug the eastern edge of the map as it moves into a small area just before the one housing the Iron Gate Entrance Triport. There’s a seed in the northeast corner of this nook, in a bush by the cliff edge in front of some pipes. 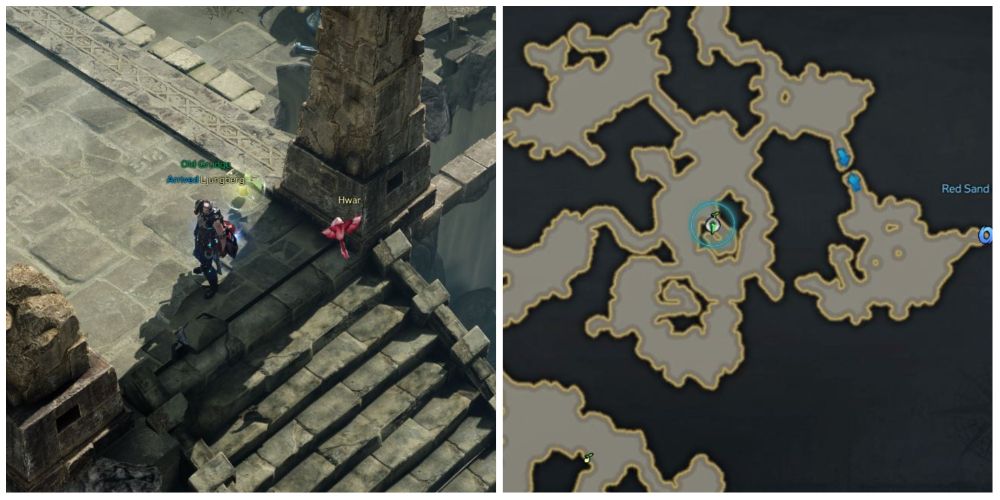 Go back to the observatory and this time leave via the northeast gangway. Go right through the area at its end and leave by the exit heading southeast. Once in the next area, head south into its centre. You’ll find some ruins there, with some steps leading down southeast to an abandoned building below. At the top of those stairs, by the pilar on the left of them, is your next mokoko seed. 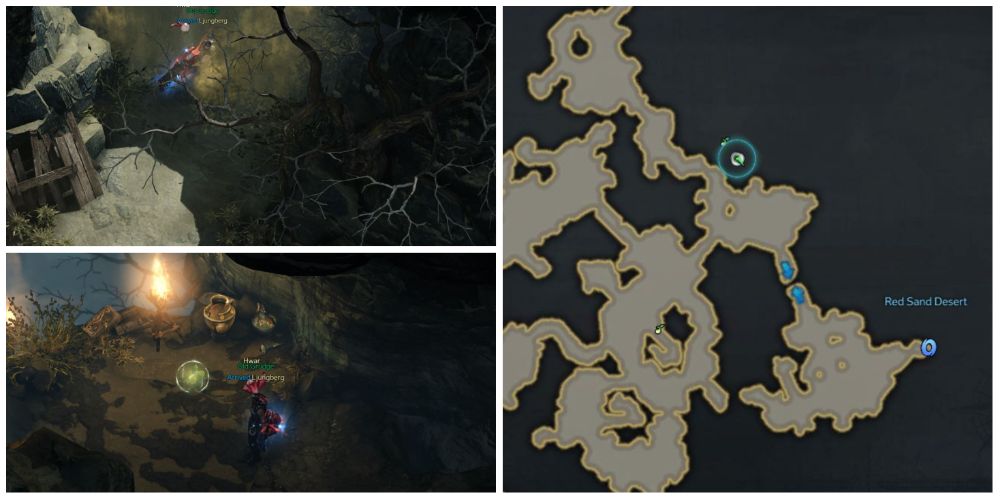 From here, go back north and leave the area by the northeast path, as if you were going to Red Sand Desert. But when you get to the small area at the end of the northeast path, keep heading northeast past the dead bush and up to the northern edge of the area. There’s what looks like a waterfall but made of sand. Walk through it and then left, into a secret cavern just off the map. 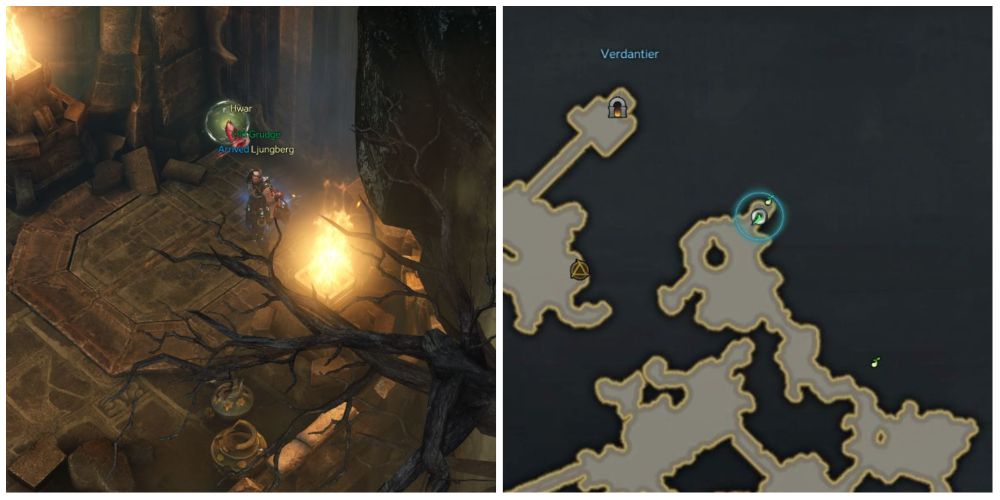 Leave the secret cavern and head northwest along the long winding path. In the dead-end area you arrive in, head right up to the northwest corner past the broken statue and up the stairs. Here, by a closed door, you’ll see the last mokoko seed of Riza Falls. 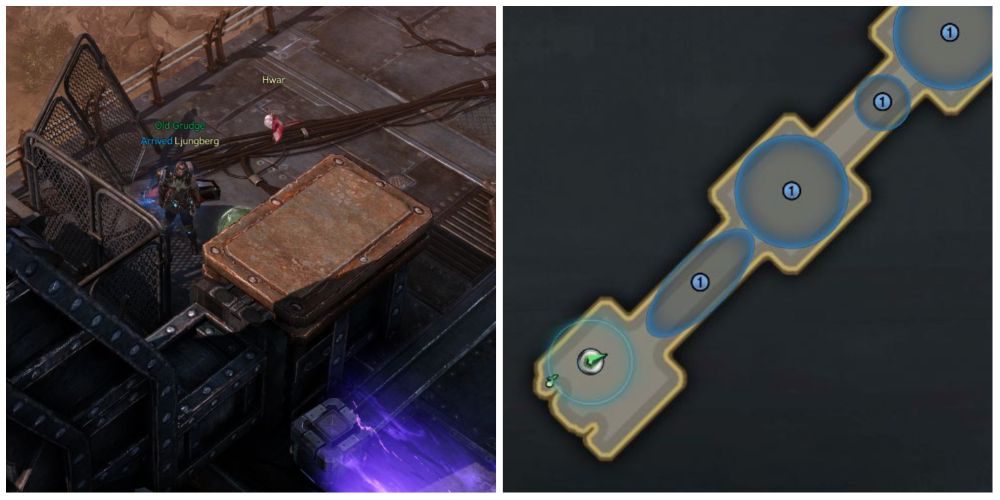 Finally, head to the Iron Gate Entrance Triport and enter the Verdantier Dungeon on either difficulty level. The only mokoko of Vedantier is just to the left of the entrance, hidden behind the large, rusted piece of metal on the left-hand side.