The hype cycle for Gotham Knights is heating up. Its October 25 release date is drawing ever closer, and as several major titles drop out of 2022 and into 2023 (Avatar being the latest in a long line), Gotham Knights has a lot of open road to be this year's October Surprise. I've been a little confused with how the trailers have been released so far though.

First we had a trailer for Red Hood, then (at Summer Game Fest, for some reason), the assless wonder that is Nightwing. Robin was next, and now at San Diego Comic-Con, we've had our Batgirl trailer. Presumably at some point we'll get a trailer with them all together, but this drip feed promotion has always struck me as a little odd. That was until I heard that Warner Bros. is marketing Gotham Knights as four games in one, depending on which character you choose. Then it made perfect sense. I don't believe it, but it at least makes perfect sense.

I just don't think Gotham Knights will offer four games in one. I'd love to be proven wrong, but I expect to be proven right, and in a world of endless hype and marketing, I see it as my job to provide a reality check. The last game to promise us multiple games in one thanks to character choice was Cyberpunk 2077. I know there were a lot of broken promises with that game, and a lot of factors that hampered development, but it was just one game in the end. A different intro, one extra mission, and then the same game. Gotham Knights isn't even really offering that, but instead a different feeling. This has not yet been made into a major marketing ploy, so I can cut Warner Bros. a little bit of slack, but I think we're going to look back on the 'four different games' claim and judge it to have been misleading.

The basic premise of Gotham Knights makes for a compelling idea. There are four Batman protégés teaming up after his death to take on the Court of Owls, as well as a handful of other villains. There’s online co-op, letting you make a posse of friends, but there’s no couch co-op, which feels like an oversight. All four characters have their own play style, but at its heart, it’s the same idea. They’re all melee heroes who fight with an array of gadgets, and it will likely be built on combos, dodging, and finishers. I’m not going to buy the idea that hitting someone with Nightwing’s baton is much different to hitting them with Batgirl’s fists, but then that’s not what we’re even being promised. 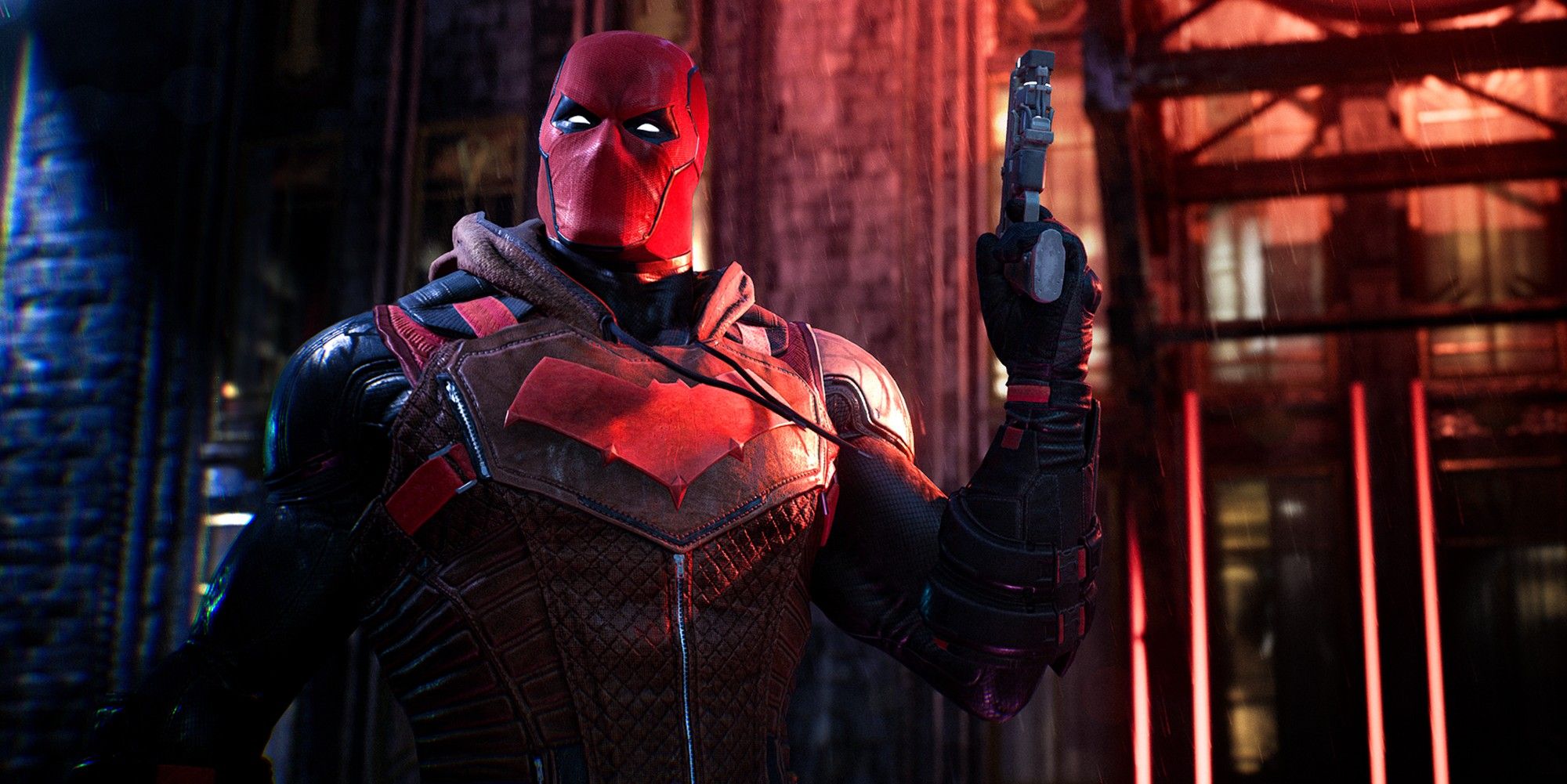 Instead, it’s that we’ll experience cutscenes differently, which isn’t really a different game at all. It will still be the same story, we’ll just see certain parts from different angles, and in some cases, might see different segments altogether. This will not be a Magnolia-style tapestry of different intersecting stories. This will be the same story (likely of Batman faking his death, since it’s the Court of Owls), that we occasionally see through Batgirl’s eyes and occasionally through Red Hood’s. That the whole thing is co-op means large parts of it will be exactly the same – and I have no issue with that. But I do have an issue with us being sold on a false idea that you’re getting four games for the price of one. You’re getting one game with four slightly altered cutscenes.

There are still reasons to be excited for Gotham Knights. It’s Rocksteady, the reigning champs of the superhero genre, back in the saddle for a new adventure. I don’t believe Batman is dead, but that doesn’t dampen my anticipation for a Batman game where we play as someone other than Batman. I expect Gotham Knights to worm its way into my GOTY list. But it'll just be there once, not four times.