Another year, another iteration of Madden NFL Football. Madden 23 returns with its tried and true formula, realistic graphics, and top-tier gameplay. For over 30 years, Madden football has been the premier football simulator on the market.

Having playmakers at the wide receiver position can stretch defenses to their limits and propel an offense to new heights. Most successful NFL offenses have a mixture of speed and size among their pass catchers, but the best of the best are equipped with Superstar X-Factors. Whether you’re creating a wide receiver in Face of the Franchise or simply deciding which team you’d like to play as, these are the best X-Factor abilities to have for receivers in Madden 23. 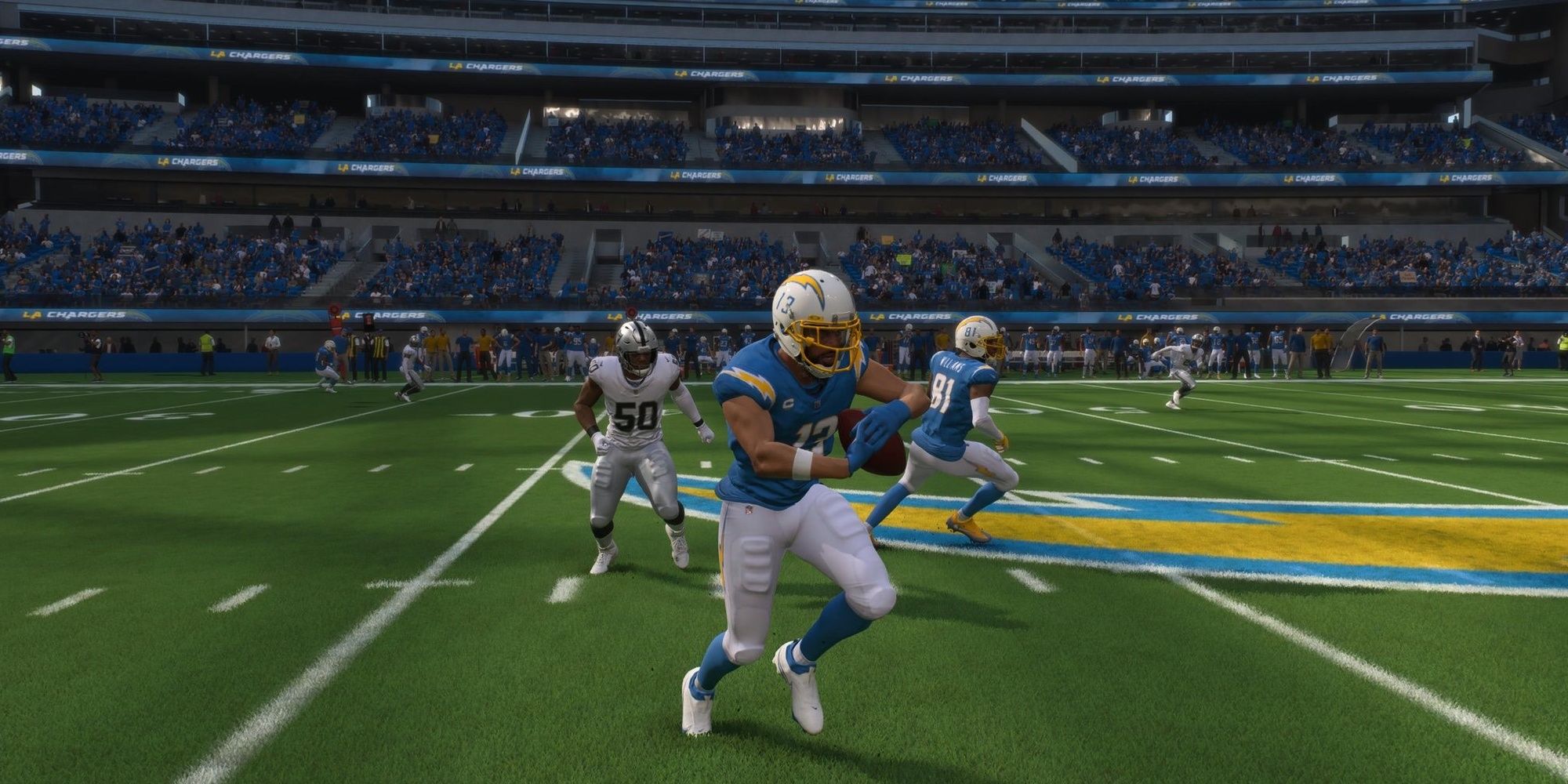 If there’s one thing quarterbacks hate, it’s dropped passes. Too often receivers simply drop open passes, whether it’s the fear of getting hit by defenders or just not paying attention to the ball. Receivers with the Max Security X-Factor ease all of these concerns by increasing the success rate for receivers performing possession catches.

Possession catches are all about securing the pass, and these types of receivers aren’t looking to gain extra yards if it means not making the catch. Receivers can activate this ability by catching consecutive passes. Keenan Allen is the model possession receiver who prioritizes completing receptions and always striving to create positive plays. 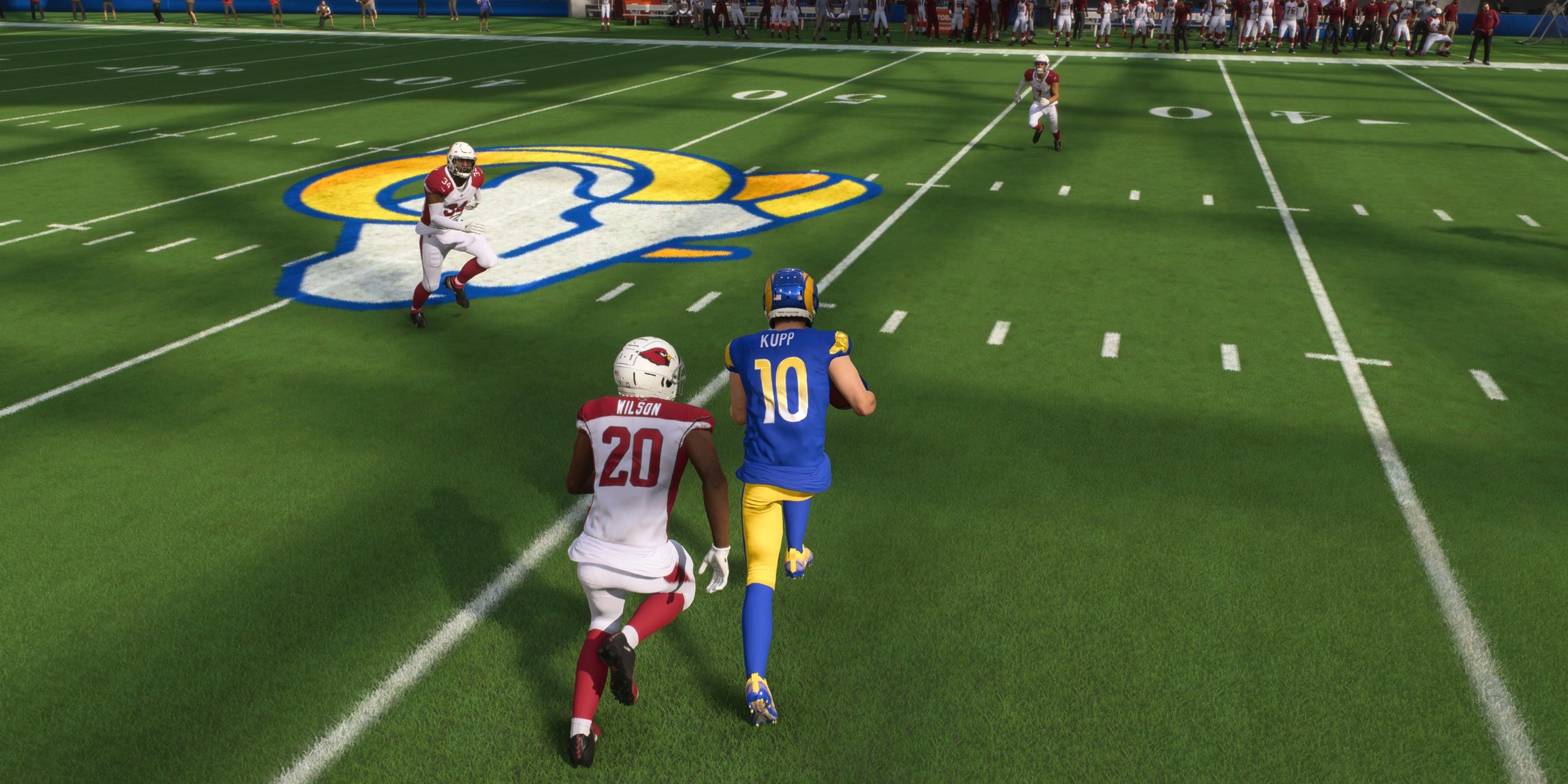 Completing a reception doesn’t mean that’s the end of the play. Plenty of wide receivers like Cooper Kupp and Tyreek Hill make defenses pay after securing a pass by fighting for every possible yard. Receivers who won’t quit once they’ve caught the ball have the Rac ‘Em Up X-Factor.

This ability increases their success rate on the specific run after the catch (RAC) plays against single coverage. These are typical routes that guide a receiver across the field to set them in a prime position to continue gaining yards. A receiver can activate this ability by completing multiple receptions over 20 yards but they must be targeted on consecutive plays. 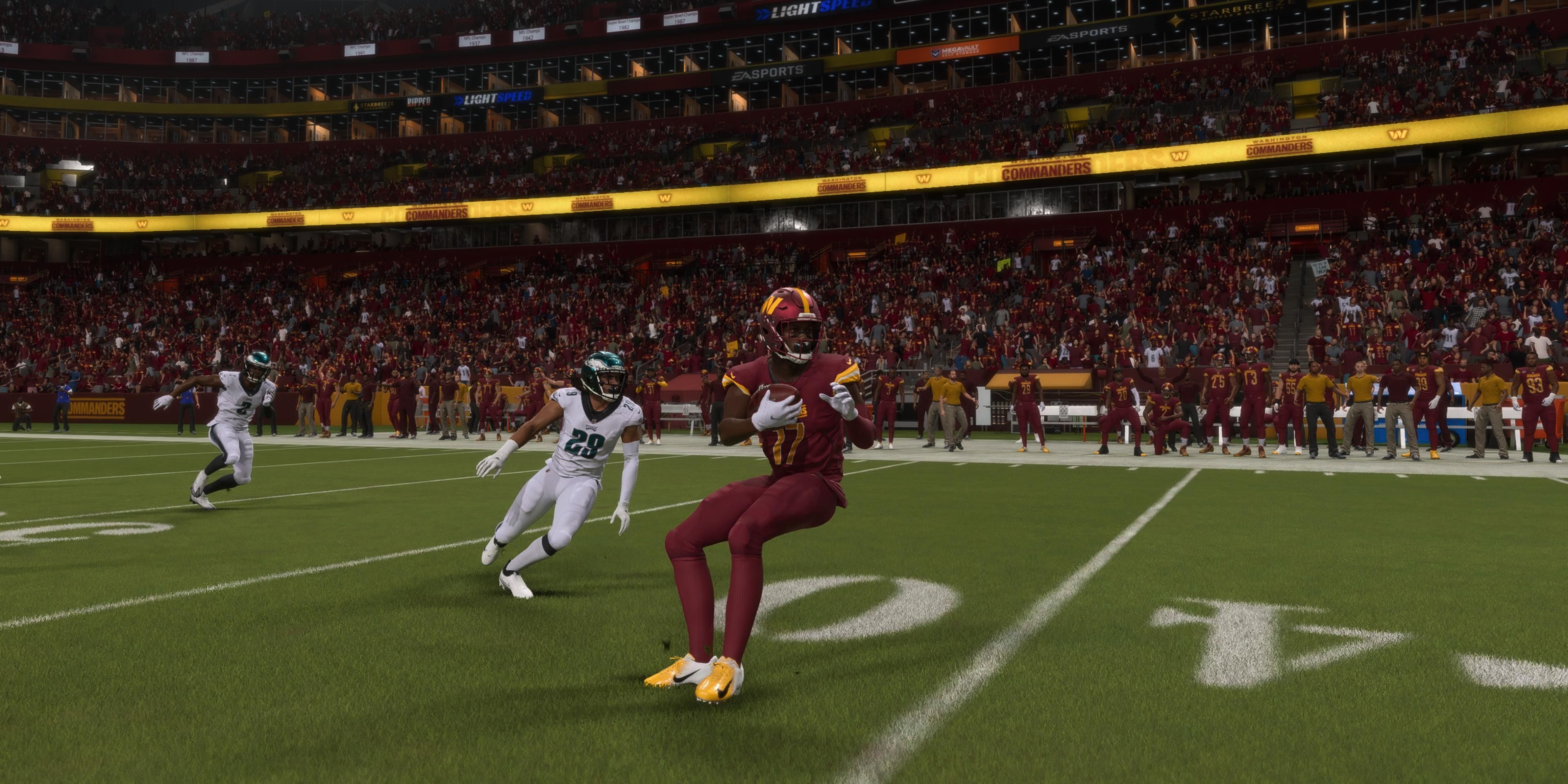 Quick and speedy receivers can be a nightmare for a defense. These receivers have a unique skill set that leaves defenders in flailing in the field with their elusiveness. Certain receivers take their evasive skills to the next level with the Ankle Breaker X-Factor.

There’s a reason why Terry McLaurin has the nickname “Scary Terry.” Washington’s top receiver can enter the zone and increase his fakeout rates on hurdles, jukes, or spin moves after making a catch. Ankle Breaker is activated by catching receptions over ten yards and being consistently targeted in the passing game. 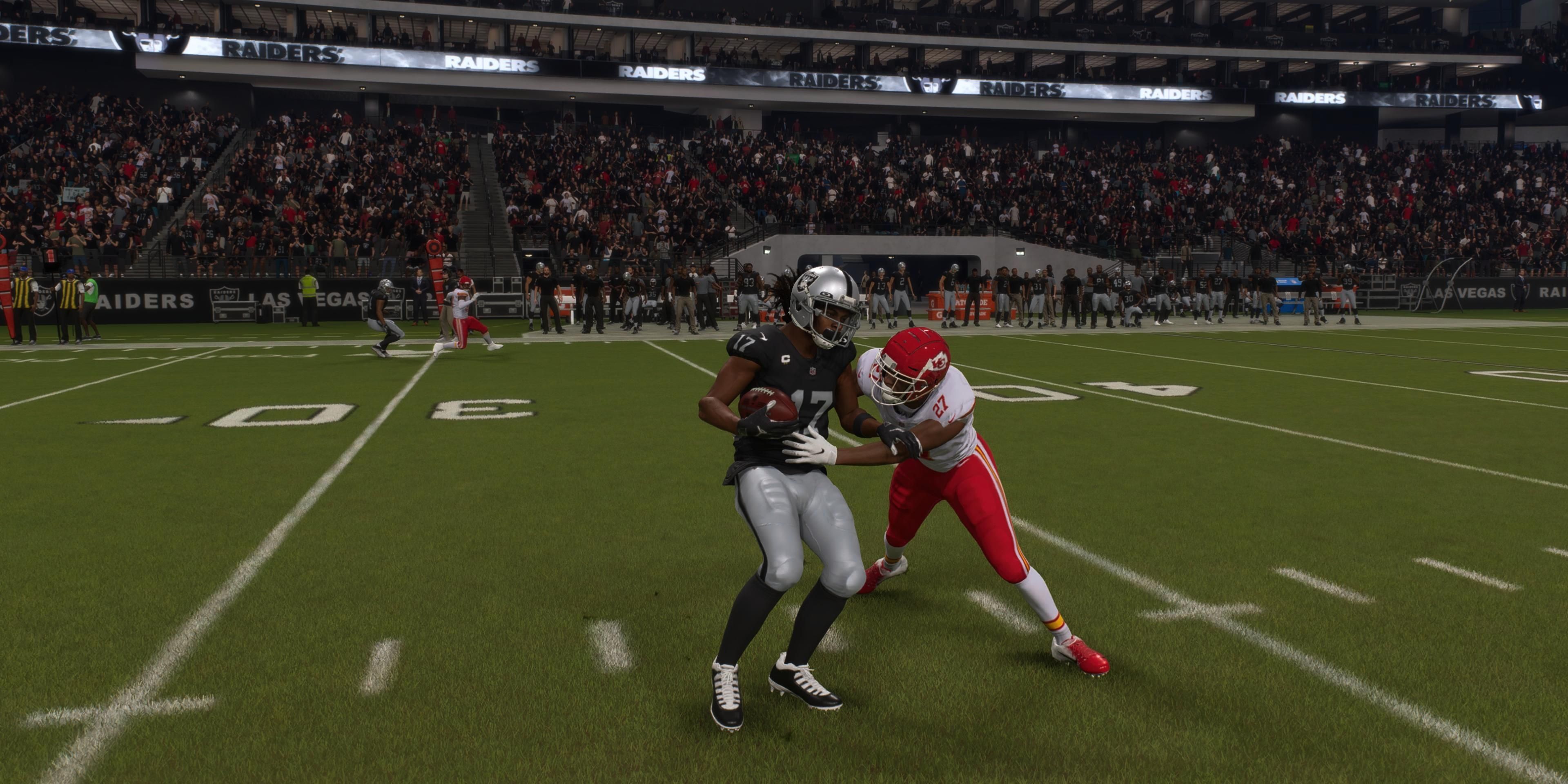 If you want to be successful in the NFL, you need to have a big, strong wide receiver on the outside that’s capable of handling single coverage. These types of receivers aren’t speedsters; their bread and butter are being able to physically dominate their opponent. When receivers constantly win one-on-one battles, they’re sending a message to the other team: you better get more defenders.

The Double Me X-Factor jacks up the aggression for receivers like Davante Adams and Justin Jefferson who overpower their defenders and attack the football. Activating Double Me increases a receiver’s success rate on aggressive catches against single coverage, transforming them into a monster in the secondary. Feed receivers with this ability with throws over 20 yards to activate it. 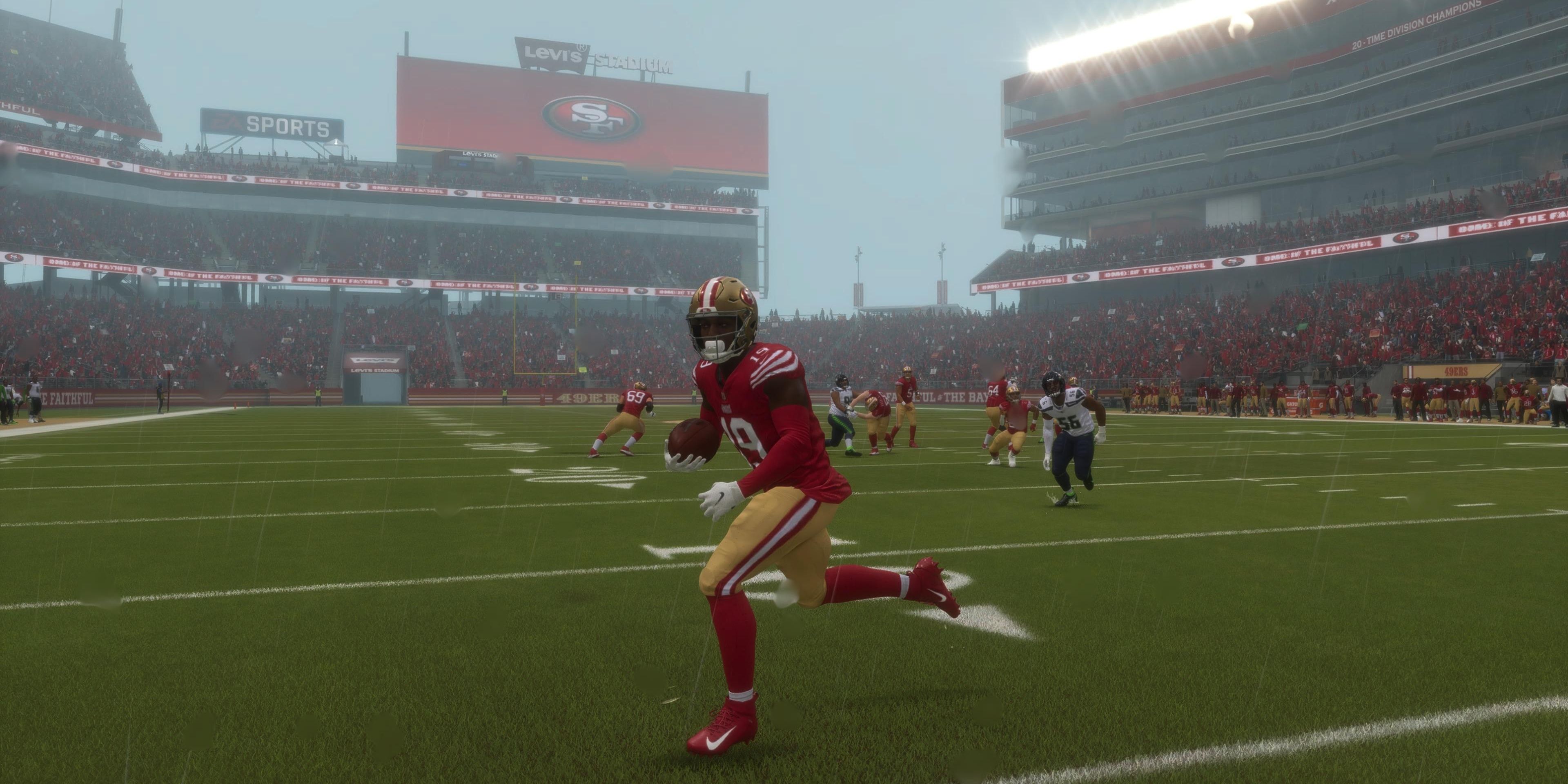 On most routes, receivers don’t stay open for very long after hauling in a reception. Unless it’s a broken defensive play, odds are a defender is making a tackle pretty soon after a receiver completes a catch. But for receivers like Deebo Samuel, it’s not always a guarantee they will be tackled. When these receivers are in the zone, the Yac ‘Em Up X-Factor makes them extremely difficult to be tackled after completing a catch.

Similar to aggressive receivers, these are physical pass catchers who specialize in absorbing contact and shaking it off. Securing receptions over 20 yards and being constantly targeted is key to activating this ability. Being able to fight through contact and continue pushing for that extra yardage is what makes Yac ‘Em Up the best Superstar X-Factor for wide receivers in Madden 23.